3 Igneous Rocks - Formation
Igneous Rocks are formed by melting, cooling, and crystallization of other rocks. Igneous rocks form as a result of volcanic activity, hot spots, and melting that occurs in the mantle.

6 Igneous Rocks - Texture
Crystal size is used to classify igneous rocks. Crystals form as the rock cools, and the crystal size can tell us a lot about its cooling history: The larger the crystals, the slower it cooled.

7 Igneous Rocks - Texture
Glassy igneous rocks have no crystal structure, and probably formed by very rapid cooling (such as on the surface of a lava, or when a lava enters the water.)

11 Igneous Rocks - Classification
Dark igneous rocks are formed from basaltic or mafic magma. (Mafic because it contains a lot of magnesium and iron). The magma that forms these rocks is usually very hot (around 1000°C) and viscous (about the same viscosity as ketchup.)

12 Igneous Rocks - Classification
Light colored igneous rocks are formed from silicic (high silica content) or felsic magmas. The magmas that form these rocks is usually more cool, (lower than 850°C), and more viscous (about the viscosity of peanut butter.)

16 Igneous rocks - Story What do you know about the history of the Earth in the place where this rock was found?

24 Sedimentary rocks - Examples
Some of the most common types of sedimentary rocks include: Conglomerate Sandstone Shale Limestone Gypsum Oolites Chert (including black flint and red jasper)

25 Sedimentary rocks - Story
What do you know about the history of the Earth in the place where this rock was found?

30 Metamorphic rocks - Classification
Foliated rocks form when differential pressure causes minerals to form in layers. These rocks will have stripes or planes that they will break easily along. These “stripes” don’t usually line up with the original bedding planes in sedimentary rocks.

35 Metamorphic rocks - story
What do you know about the history of the Earth in the place where this rock was found? 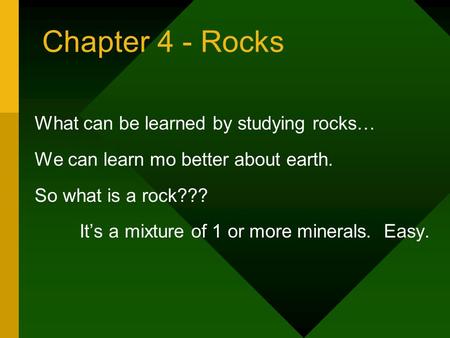 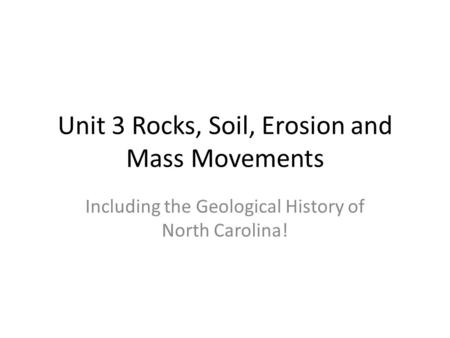 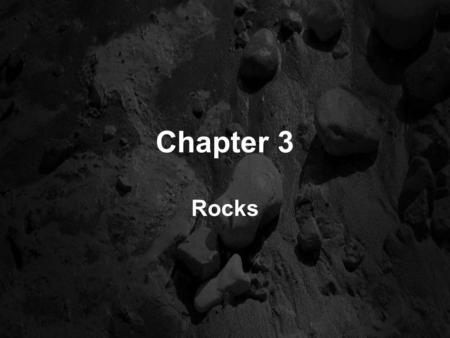 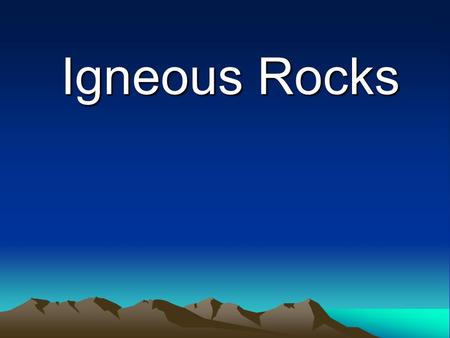 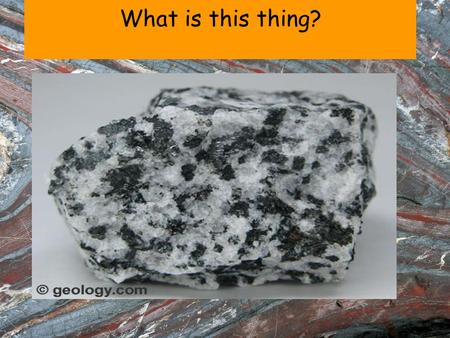 What is this thing?. 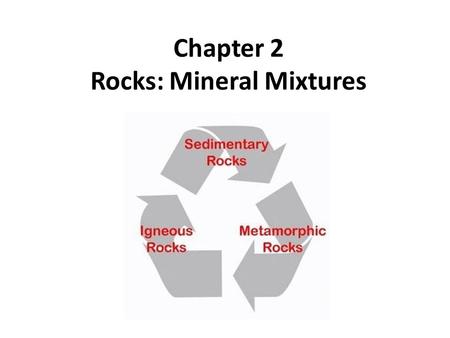 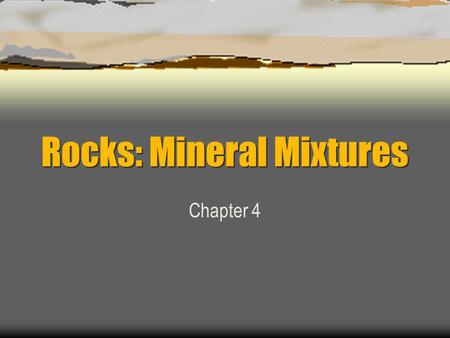 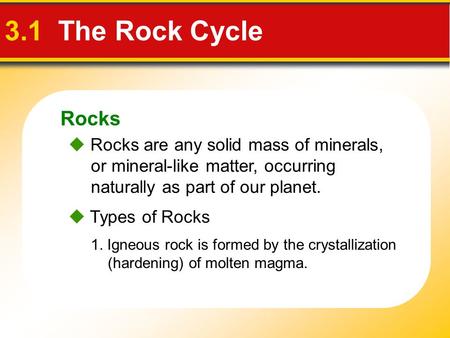 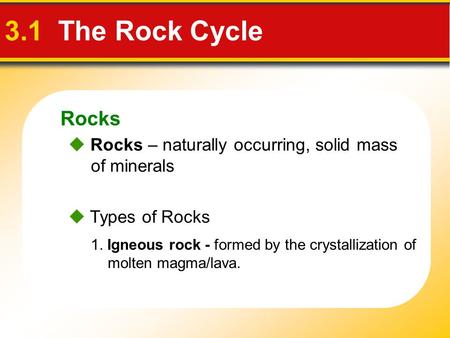 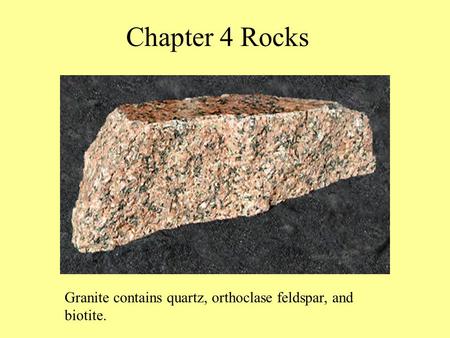 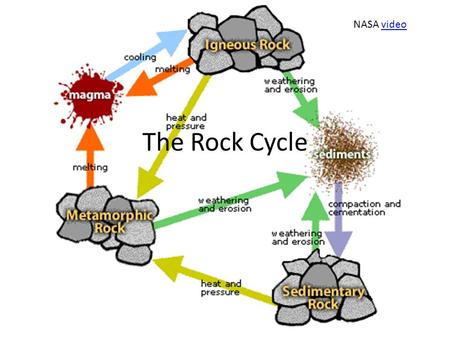 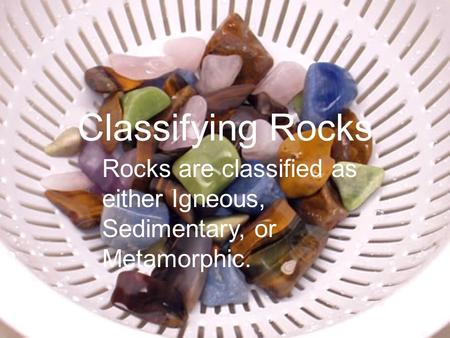 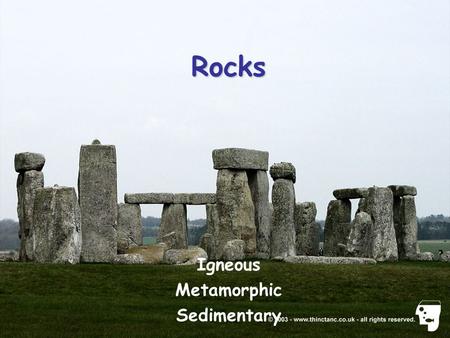 Rocks Igneous Metamorphic Sedimentary. What is a Rock? A rock is composed of minerals Can be made of organic material Solid material that forms Earth’s. 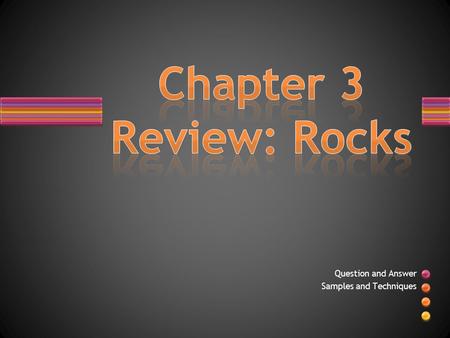 Question and Answer Samples and Techniques 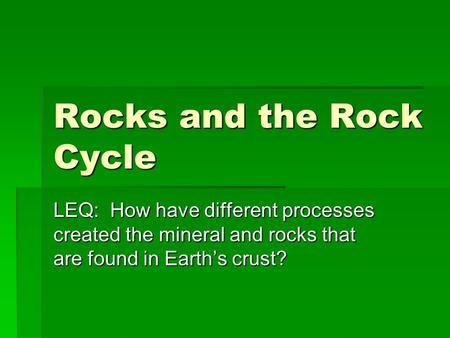 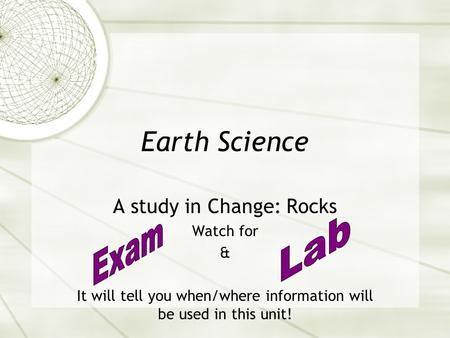 Earth Science A study in Change: Rocks Watch for & It will tell you when/where information will be used in this unit! 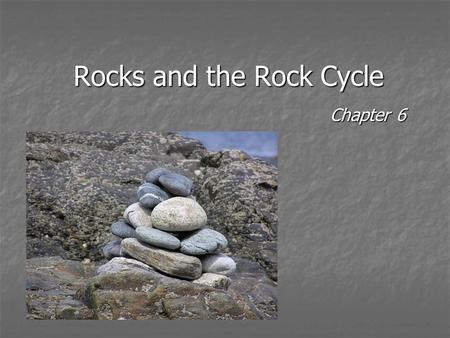 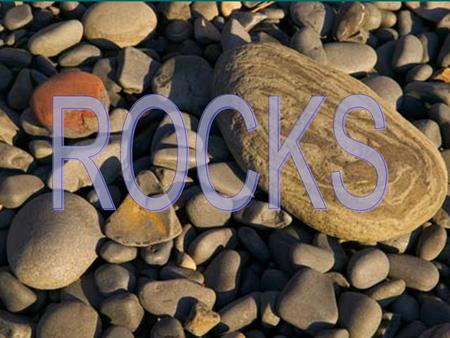 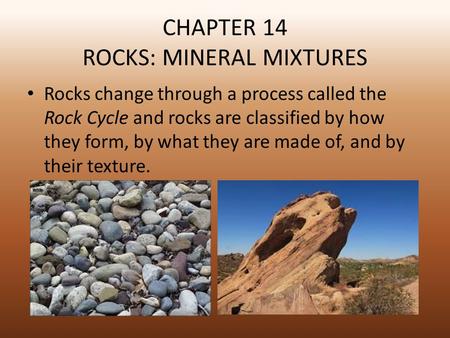 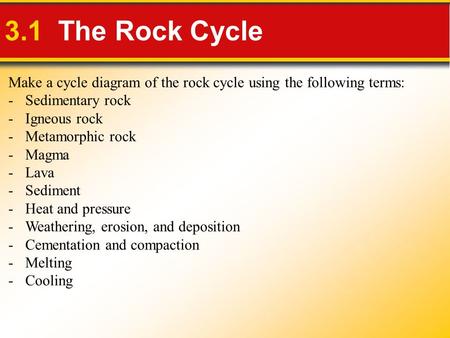