3 X-ray jets in the Chandra archive Centaurus A (Kraft et al. 2002) PKS 1354+195 (Sambruna et al. 2002) and a lot of other examples may be found on the www-hea.harvard.edu/XJET webpage (see Cheung poster at this conference for details)

10 The knot 3.7’’ Synchrotron model can describe the spectrum of k37 under the assumption of equipartition.

15 The linear object 1. This object could be a foreground or a background galaxy 2. This emitting region could arise form the interaction of the jet and some other pre-existing entity (e.g. HI cloud). 3. This emitting region could come from as yet unknown property of the jet (e.g. a transition region from a jet dominated by Poynting flux to electrons). 4. This source could be an edge on spiral galaxy and it is a companion of 3C 17.

16 Conclusions and open questions F. Massaro et al. 2008 ApJ in prep. - During the 3C Chandra snapshot radio galaxies program at z<0.3 we detected the X-ray emission from two knots in the bent jet in 3C 17. - A linear object at about 7’’ has been detected in the IR-to-UV HST images - The emission of the knot at 11.3’’ seems to have a different behaviour in the X-rays. FLAT spectrum where the jet is curving!!! (A deeper X-ray observation needed) - The emission of the knot at 3.7’’ can be described in terms of synchrotron radiation assuming the equipartition between particle and magnetic field. This source is peculiar because: - it is perpendicular to the radio jet - it lies at the beginning of the radio jet - There is no emission of the jet before its location - There is a “hole” in the optical HST image

17 Acknoledgments and credits We thank A. Siemiginowska and J. Mc Dowell for her help in the use of the Chandra CIAO data reduction analysis software. We are grateful to R. Morganti for giving us her VLA map of 3C~17. F. Massaro is grateful to G. Migliori and S. Bianchi for their suggestions in the Chandra data analysis, and to E. Liuzzo and S. Giacintucci for the VLA Data reduction suggestions. This research has made use of the NASA/IPAC Extragalactic Database (NED) which is operated by the Jet Propulsion Laboratory, California Institute of Technology, under contract with the National Aeronautics and Space Administration. This research has made use of NASA's Astrophysics Data System and SAOImage DS9, developed by the Smithsonian Astrophysical Observatory. The work at SAO is supported by NASA-GRANT GO8-9114A. 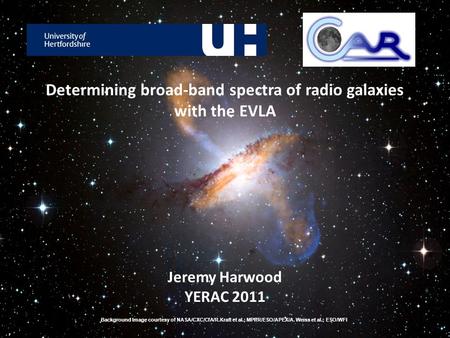 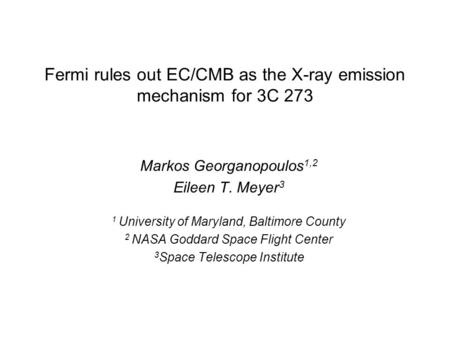 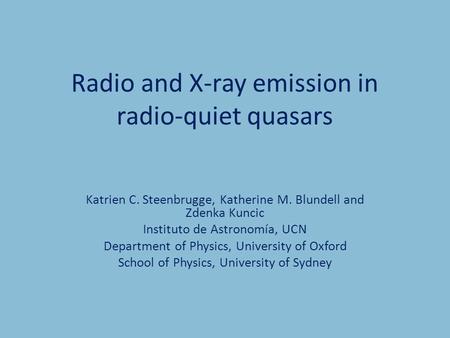 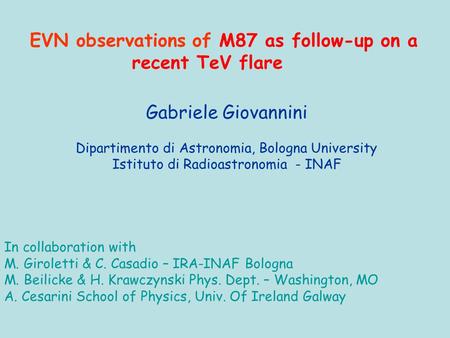 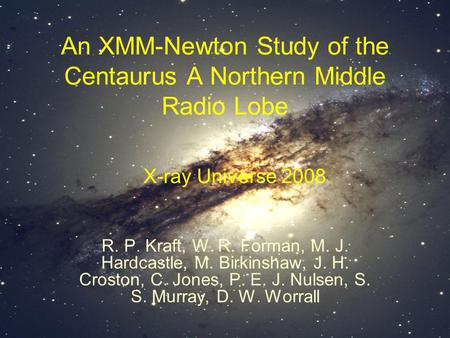 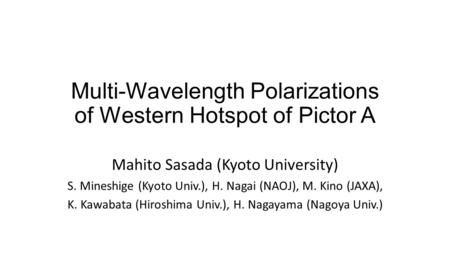 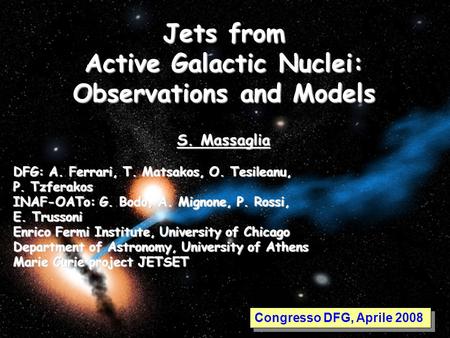 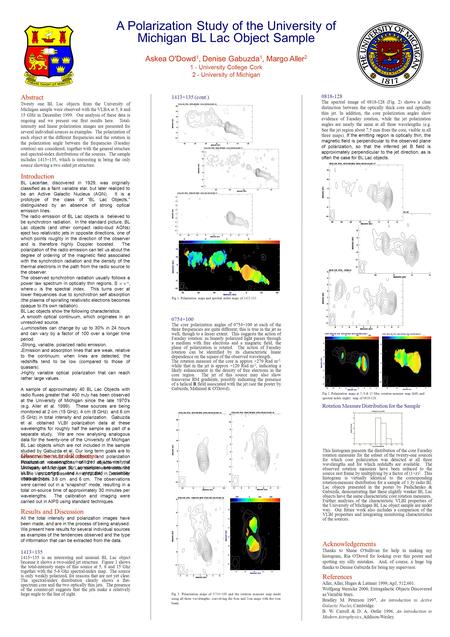 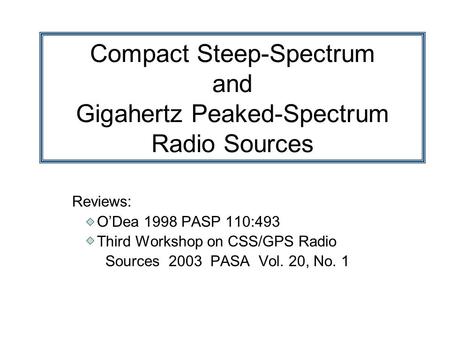 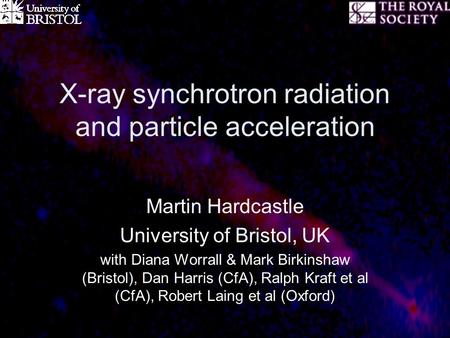 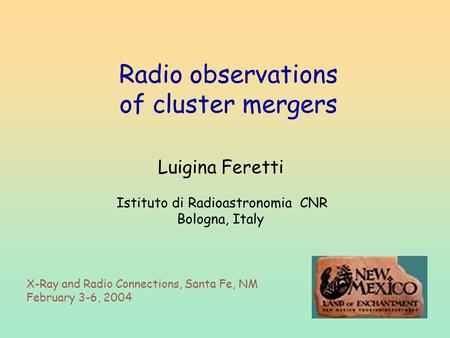 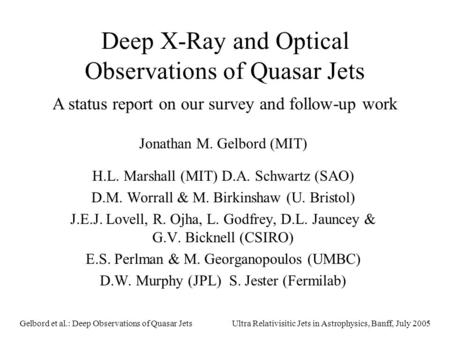 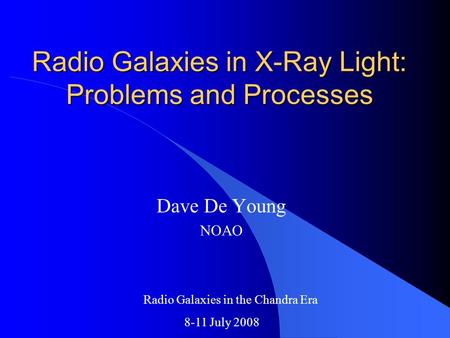 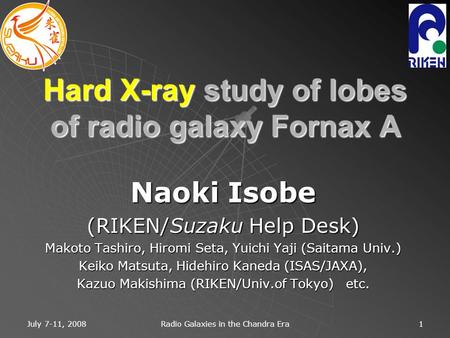 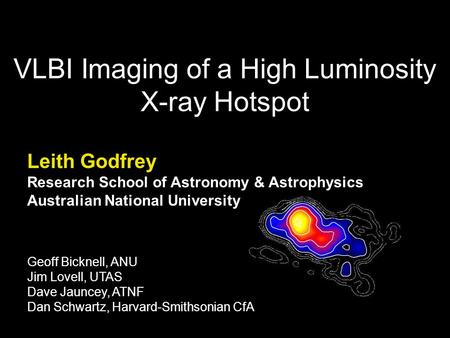 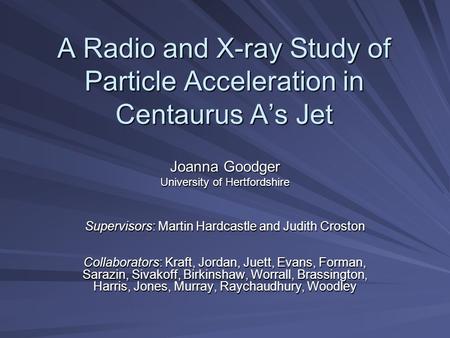 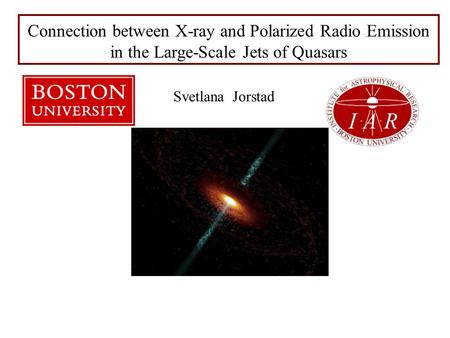 Svetlana Jorstad Connection between X-ray and Polarized Radio Emission in the Large-Scale Jets of Quasars. 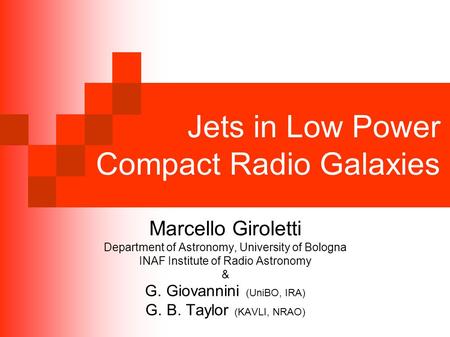 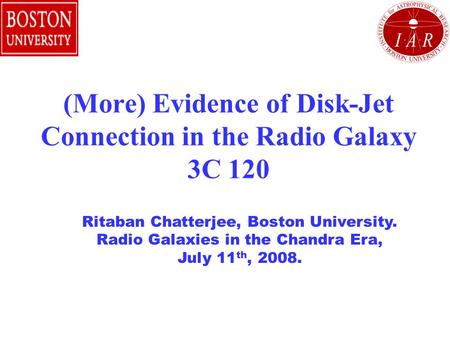 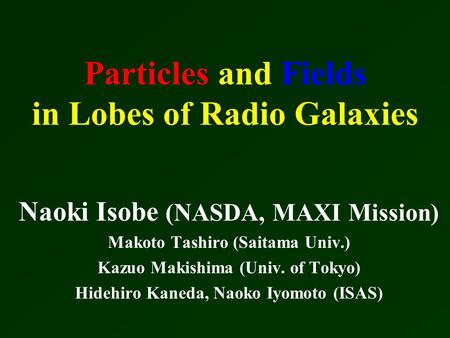