Excuse me Sir, what time is it? It’s too late, sorry.

Presentation on theme: "Excuse me Sir, what time is it? It’s too late, sorry."— Presentation transcript:

2 Excuse me Sir, what time is it? It’s too late, sorry

5 Surf the internet Set the alarm clock Brush your hair

6 WHAT TIME IS IT ? Organize the messages according to the time they have to do their different chores. Steve: Please remember to take the trash out at 7.00 and do your homework. Love, Mom. Lisa, Please feed the dogs at 7.30 Love, Mom. Honey, Remember we go to the movies tonight See you at home at 7.45 Be ready ! Mom. Steve & Lisa, Don’t forget to pick up Simon at 7.15 from his piano lessons. Love Mom 3 2 41 Listen to the different times from the family’s messages. Match them with the correct clock. 2 13 4 1.- It’s seven o’clock 2.- It’s a quarter past seven 3.- It’s a half past seven 4.- It’s a quarter to eight

7 MOVIES The Chinese movie festival is on Wednesday at 7 p.m. May 23rd PHOTOGRAPHY The photography exhibition opens on Monday at 8 p.m. May 21st Friday, May 18 th, 2008 MUSIC Come to the open air concert On Sunday at 12 p.m. May 20th CONTESTS Come to the rap contest on Thursday at 6 p.m. May 24th CULTURE Come to this traditional arts and crafts market on Saturday. All day. May 26th MUSEUMS Don’t forget the tour of the Museum of Modern Art. This is on Tuesday at 8 p.m. FOOD Enjoy the regional food festival this Friday at 8 p.m. May 25th ??? When do we use at ?When do we use on ?

Download ppt "Excuse me Sir, what time is it? It’s too late, sorry." 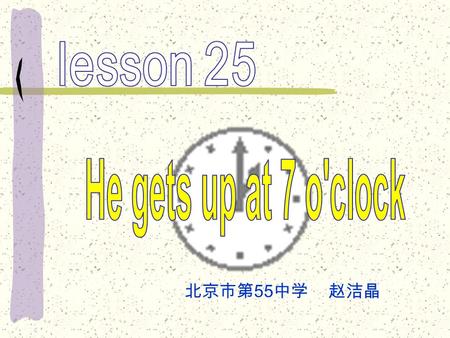 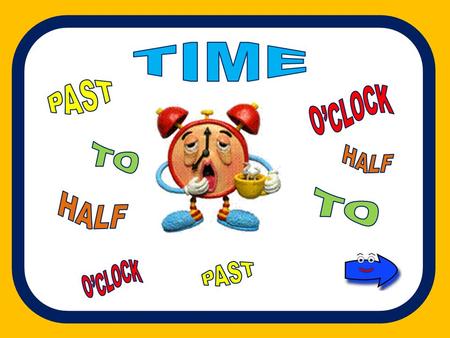 TIME PAST O’CLOCK TO HALF TO HALF O’CLOCK PAST. 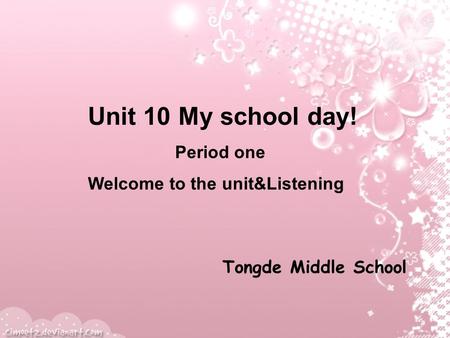 Unit 10 My school day! Period one Welcome to the unit&Listening 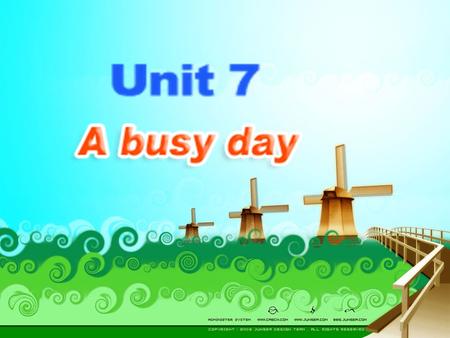 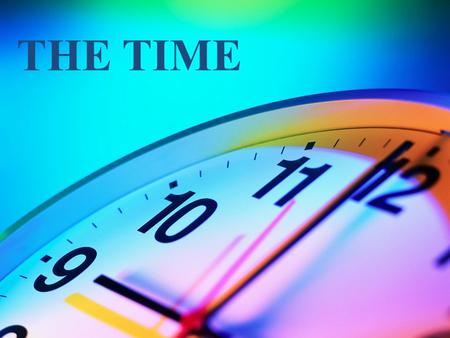 THE TIME. HOW CAN WE ASK FOR THE TIME? Asking for the time right now: What time is it? Whats the time? Asking for at what time a specific event ( will. 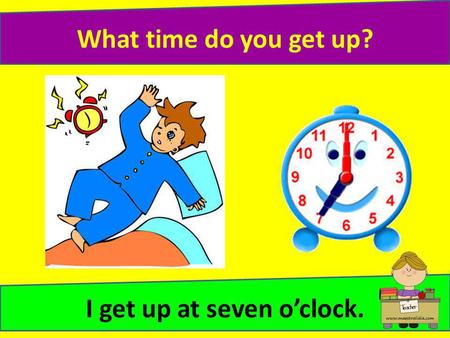 I get up at seven o’clock. 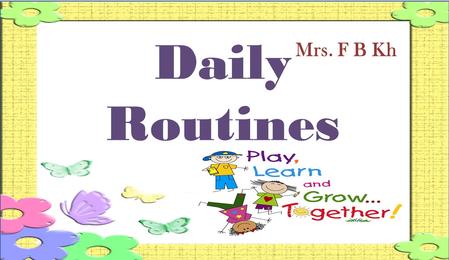 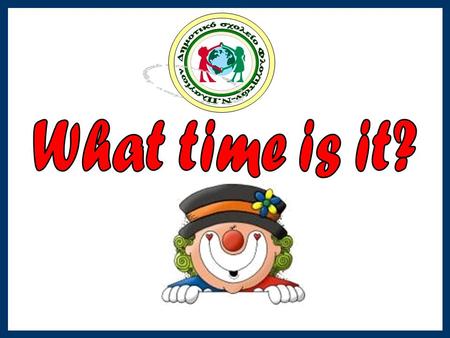 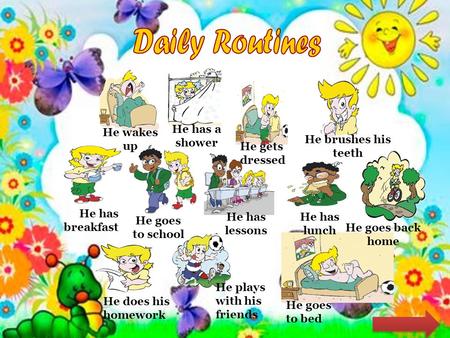 He wakes up He has a shower He gets dressed He brushes his teeth He has breakfast He goes to school He has lessons He has lunch He goes back home He does. 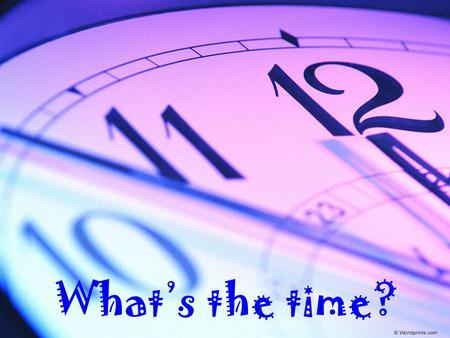 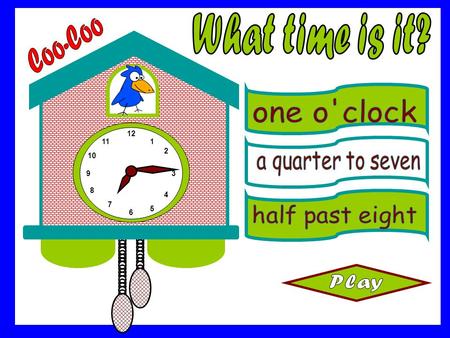 What time is it? Coo-Coo one o'clock a quarter to seven 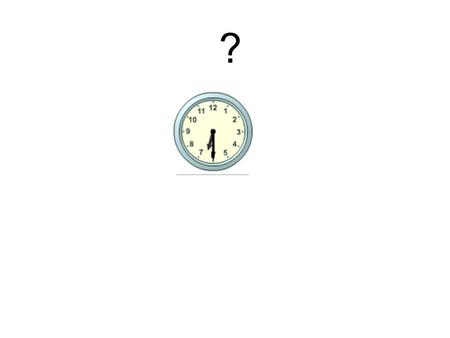 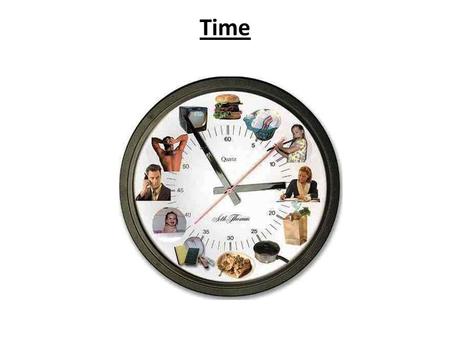 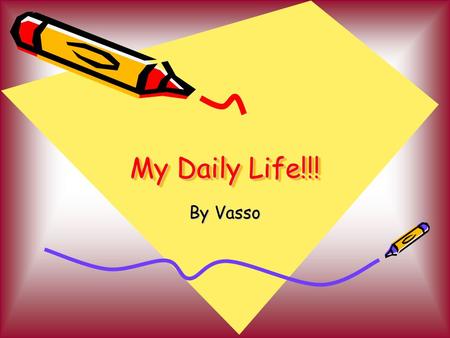 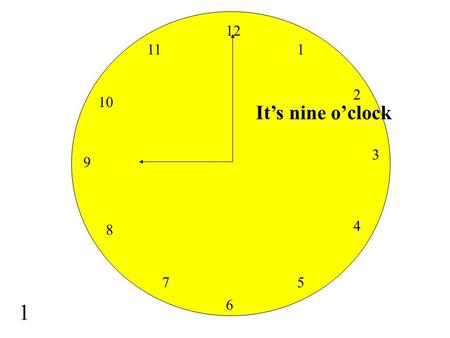 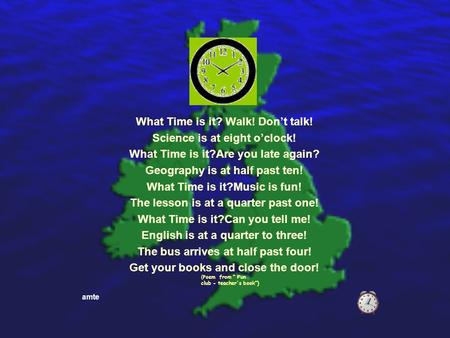 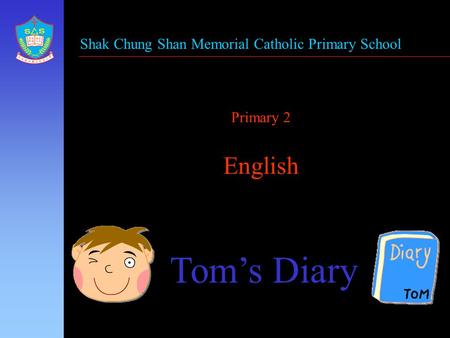 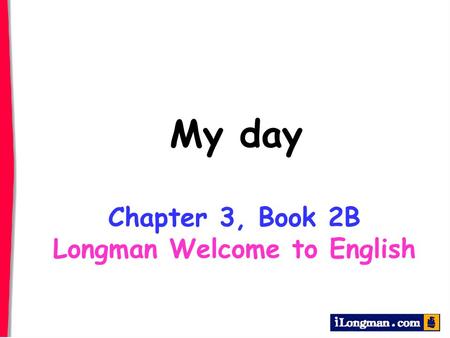 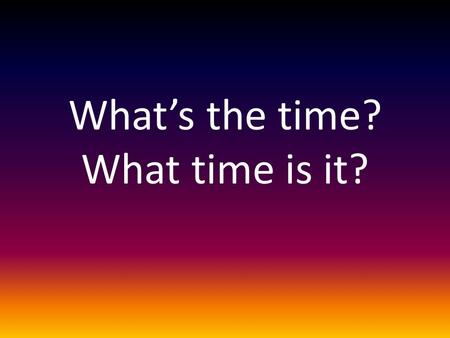 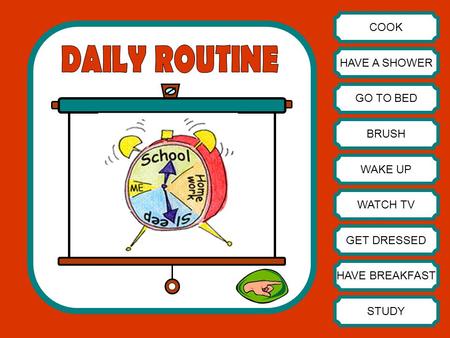