Exceptions Any number of exceptional circumstances may arise during program execution that cause trouble import java.io.*; class IOExample { public static.

2 Exceptions Exceptions are objects that are thrown by code that encounters some sort of unexpected condition. They can also be thrown by the Java run-time environment. A thrown exception is caught by other code that handles the exception somehow, or the program is terminated unexpectedly.

8 www.java.sun.comwww.java.sun.com  Lesson: Handling Errors with Exceptions If there's a golden rule of programming it's this: Errors occur in software programs. This we know. But what really matters is what happens after the error occurs. How is the error handled? Who handles it? Can the program recover, or should it just die? What's an Exception and Why Do I Care? The Java language uses exceptions to provide error-handling capabilities for its programs. An exception is an event that occurs during the execution of a program that disrupts the normal flow of instructions. Your First Encounter with Java Exceptions If you have done any amount of Java programming at all, you have undoubtedly already encountered exceptions. Your first encounter with Java exceptions was probably in the form of an error message from the compiler like this one: InputFile.java:11: Exception

9 java.io.FileNotFoundException must be caught, or it must be declared in the throws clause of this method. in = new FileReader(filename); ^ This message indicates that the compiler found an exception that is not being handled. The Java language requires that a method either catch all "checked" exceptions (those that are checked by the runtime system) or specify that it can throw that type of exception. Java's Catch or Specify Requirement This section discusses the reasoning behind this requirement and what it means to you and your Java programs. Dealing with Exceptions This section features an example program that can throw two different kinds of exceptions. Using this program, you can learn how to catch an exception and handle it and, alternatively, how to specify that your method can throw it. 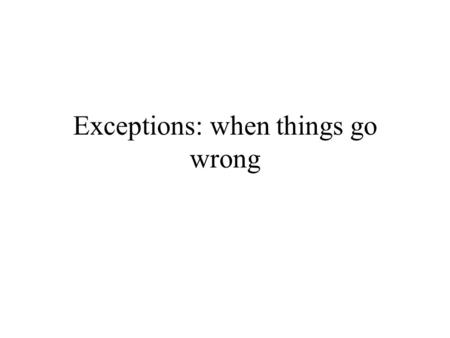 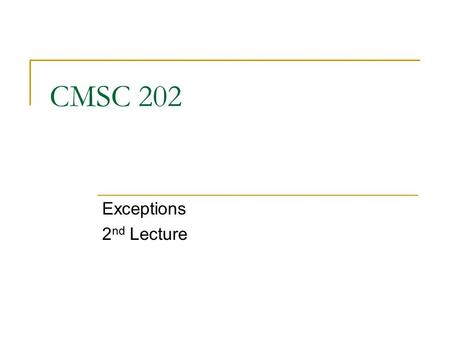 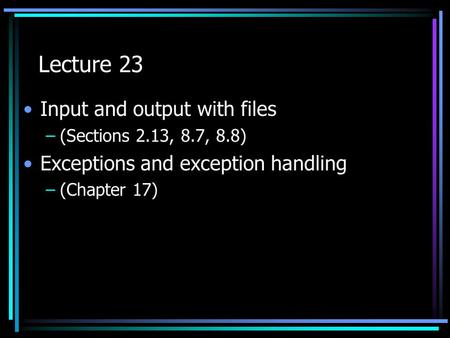 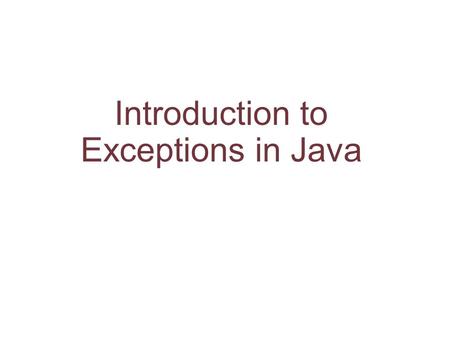 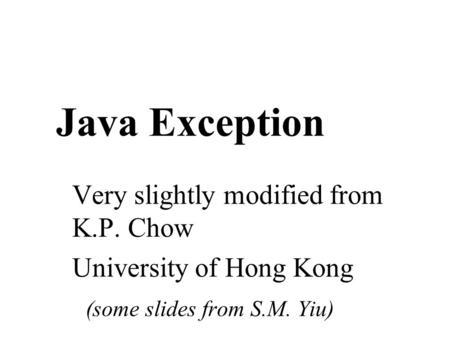 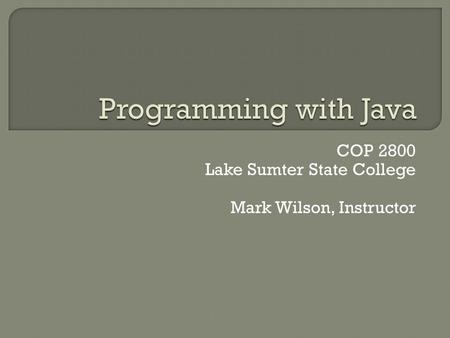 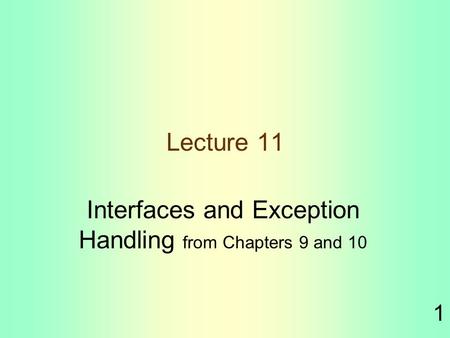 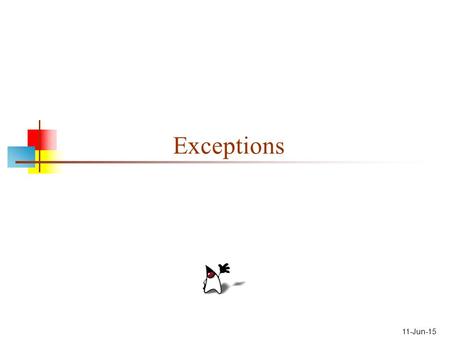 11-Jun-15 Exceptions. 2 Errors and Exceptions An error is a bug in your program dividing by zero going outside the bounds of an array trying to use a. 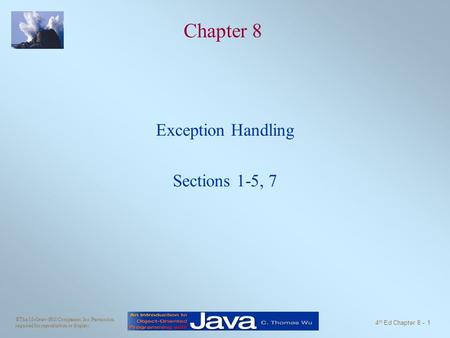 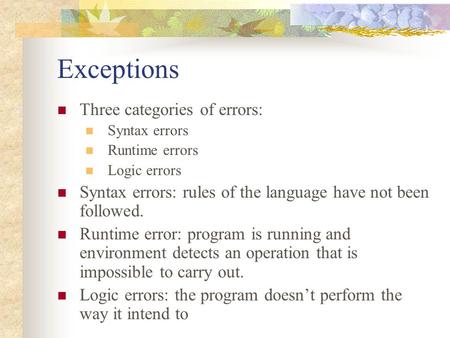 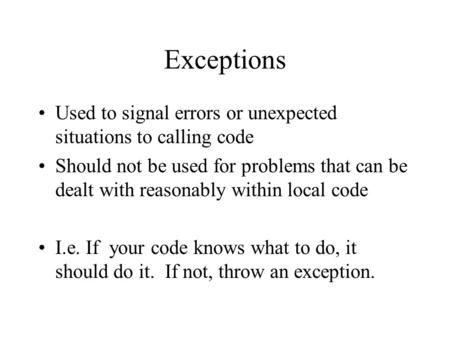 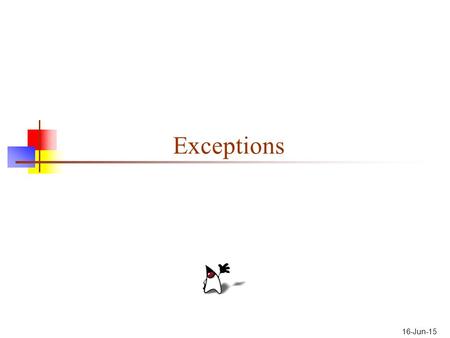 16-Jun-15 Exceptions. Errors and Exceptions An error is a bug in your program dividing by zero going outside the bounds of an array trying to use a null. 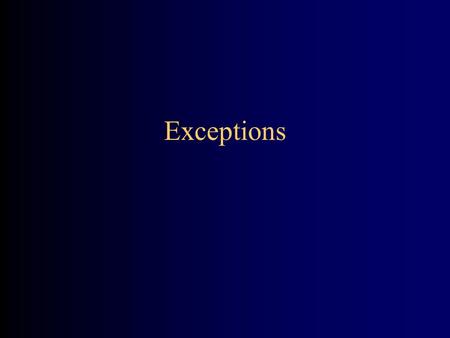 Exceptions. Errors and Exceptions An error is a bug in your program –dividing by zero –going outside the bounds of an array –trying to use a null reference. 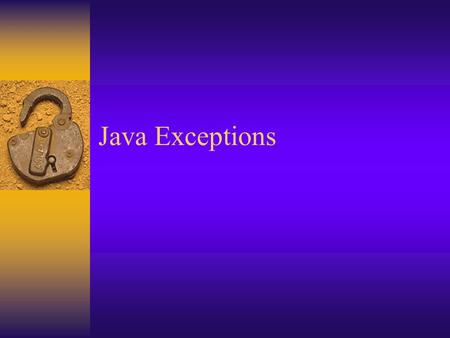 Java Exceptions. Intro to Exceptions  What are exceptions? –Events that occur during the execution of a program that interrupt the normal flow of control.