6 Decision Time and Place decision time packet or virtual circuit basis fixed or dynamically changing decision place distributed - made by each node more complex, but more robust centralized – made by a designated node source – made by source station

13 Least Cost Algorithms  alternatives: Dijkstra or Bellman-Ford algorithms for each pair of nodes, find path with least cost link costs in different directions may be different defines cost of path between two nodes as sum of costs of links traversed network of nodes connected by bi- directional links link has a cost in each direction basis for routing decisions minimize hop with each link cost 1 have link value inversely proportional to capacity

16 Dijkstra’s Algorithm Method Step 3 [Update Least-Cost Paths] L(n) = min[L(n), L(x) + w(x, n)] for all n  T if latter term is minimum, path from s to n is path from s to x concatenated with edge from x to n Step 2 [Get Next Node] find neighboring node not in T with least-cost path from s incorporate node into T also incorporate the edge that is incident on that node and a node in T that contributes to the path Step 1 [Initialization] T = {s} Set of nodes so far incorporated L(n) = w(s, n) for n ≠ s initial path costs to neighboring nodes are simply link costs

24 Evaluation dependent on processing time of algorithms amount of information required from other nodes implementation specific both converge under static topology and costs both converge to same solution if link costs change, algorithms attempt to catch up if link costs depend on traffic, which depends on routes chosen, may have feedback instability 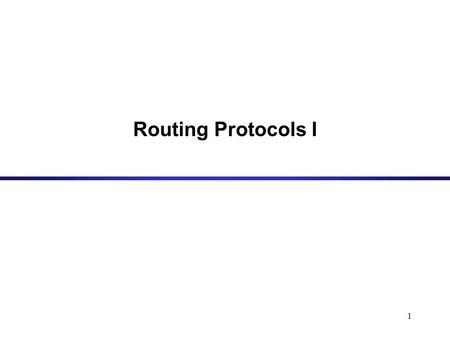 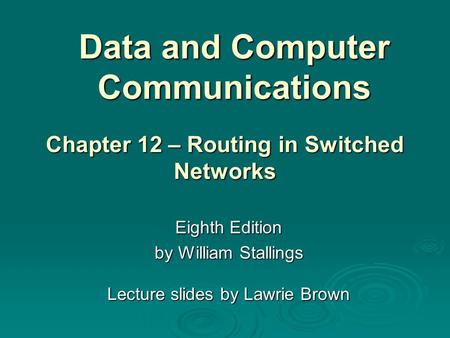 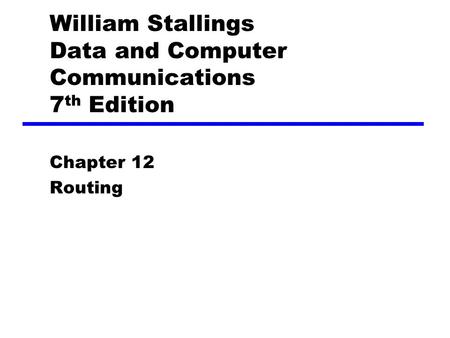 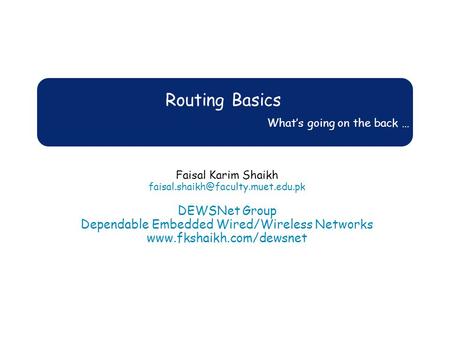 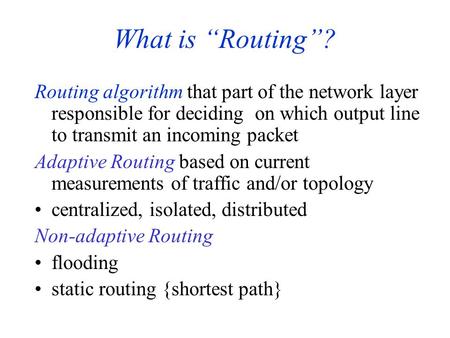 What is “Routing”? Routing algorithm that part of the network layer responsible for deciding on which output line to transmit an incoming packet Adaptive. 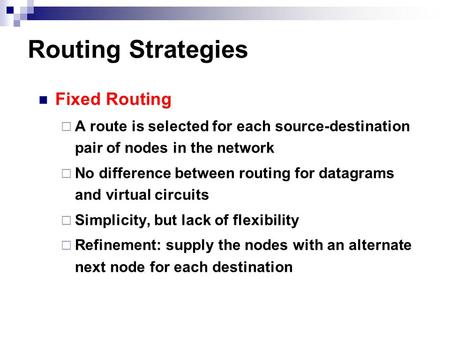 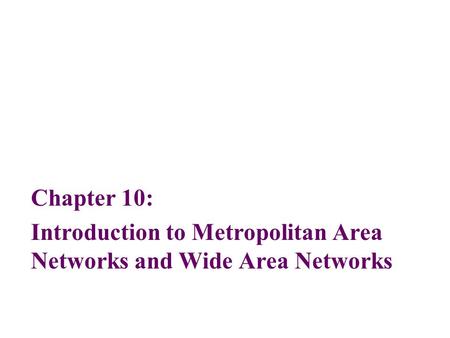 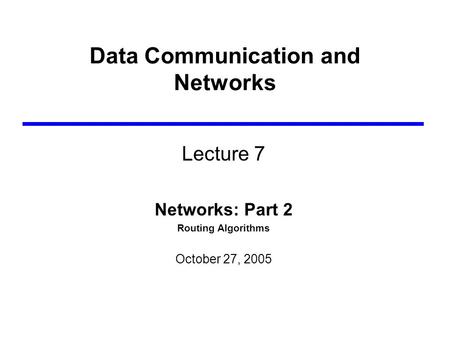 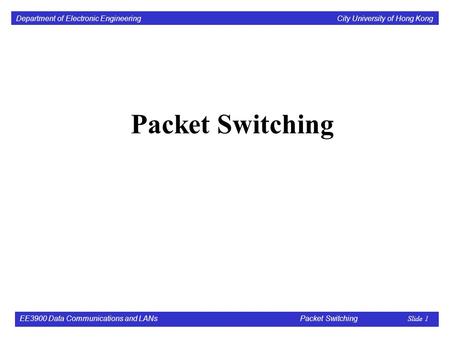 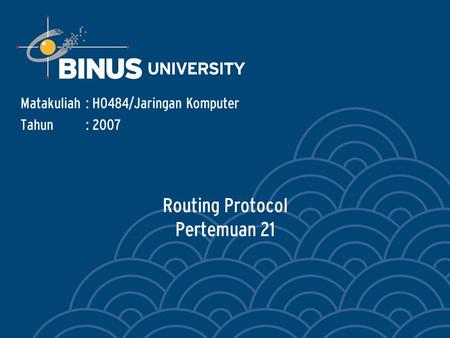