2 Minerals: Building blocks of rocks
To be considered a mineral, a substance must: be a naturally occurring solid be formed by inorganic processes have a crystalline structure (orderly molecular arrangement) have a specific chemical composition

4 Most abundant elements of the continental crust
Common rock-forming minerals are mostly chemical compounds made up of these elements How do these elements combine to make minerals?

6 Crystalline Nature of Minerals
Crystal: any substance whose atoms are arranged in a regularly repeating pattern Crystal growth is often interrupted due to: lack of space rapid cooling rate

9 Color Often highly variable for a given mineral due to slight impurities in crystal structure For example, quartz (SiO2) exhibits a variety of colors

10 Other Physical properties of minerals
Streak Color of a mineral in its powdered form Helpful in distinguishing different forms of the same mineral Hardness Resistance of a mineral to abrasion or scratching All minerals are compared to a standard scale, the Mohs Scale of Hardness.

13 Cleavage Tendency to break along planes of weak bonding
Produces flat, shiny surfaces Described by resulting geometric shapes, and Number of planes Angles between adjacent planes Cleavage is one of the physical diagnostic properties of minerals. To cleave means to break and cleavage is the tendency of a mineral to break along planes of weak chemical bonding, which we call cleavage planes.If a mineral breaks along a cleavage plane, it produces flat, shiny surfaces. If it breaks along a non-cleavage plane, the result will be jagged and irregular.

14 Three examples of perfect cleavage – fluorite, halite, and calcite
Imagine every mineral as a 3 dimensional shape. Each plane is represented by 2 sides (top and bottom, front and back, left and right. Copyright © 2006 Pearson Prentice Hall, Inc.

19 Rock-forming Minerals – The Silicate Group
Most common mineral group due to large amounts of silicon and oxygen in Earth’s crust Basic building block is the silicate ion: Four oxygen ions surrounding a much smaller silicon ion. Polymerization: process by which silicate ions bond to form more complex ions, such as rings, chains, sheets or 3 dimensional frameworks.

29 Quartz Consists entirely of silicon and oxygen (SiO2). This is a material called silica. Strong bonds in all directions – cleavage absent. Naturally clear, but impurities cause colors.

31 Nonsilicate mineral groups
Fluorite (left, calcium fluoride) and halite (right, sodium chloride) are members of the Halide mineral group. The minerals in this group have, as part of the chemical structure, an ion from the halogen elements: Fl1- , Cl1- , I1- , or Br1- . Gypsum (calcium sulfate) is a member of the sulfate group. The building block for minerals in this group is the sulfate ion, SO42- .

32 The Carbonate Group Carbonates are minerals found in exoskeletons of marine organisms. Calcite (calcium carbonate – CaCO3) is the most important carbonate mineral. It has a nearly perfect rhomboid cleavage It will dissolve if exposed to acid (as shown in the video). “Strong bones, strong teeth” 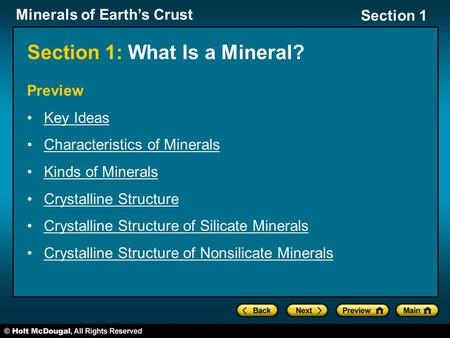 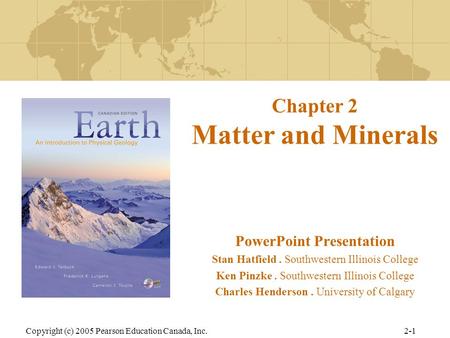 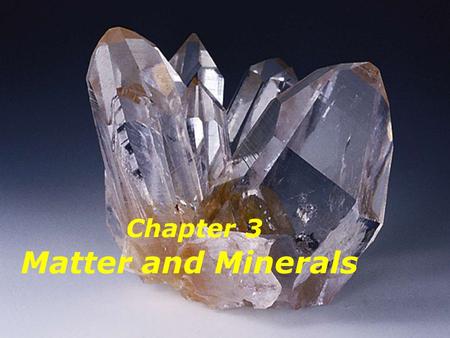 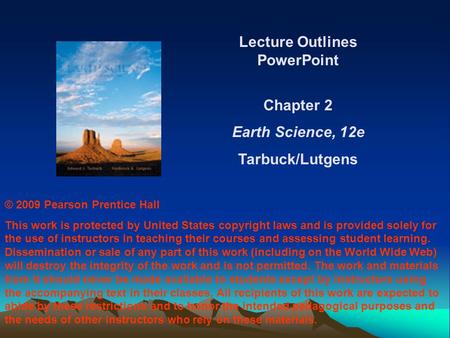 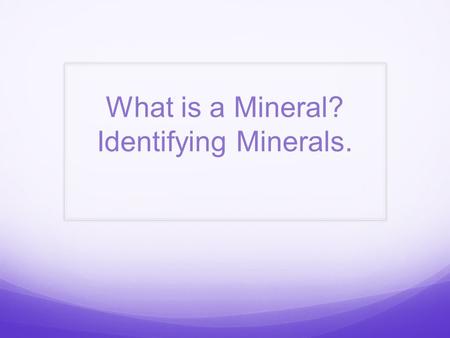 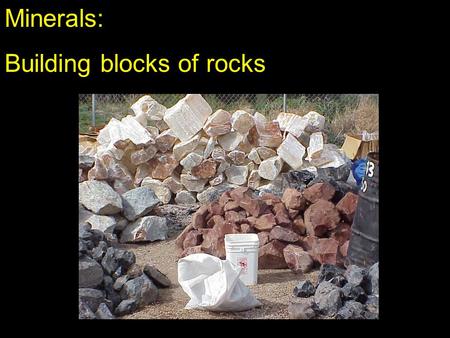 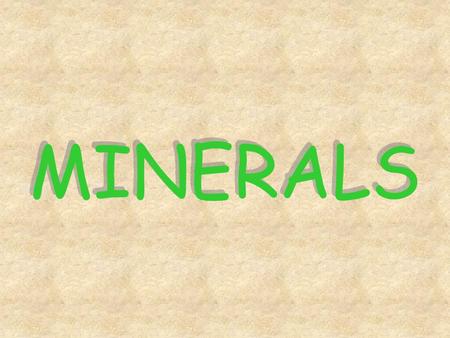 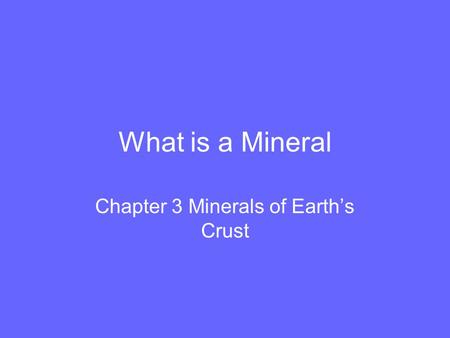 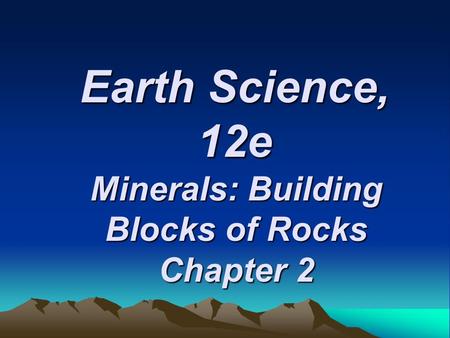