Presentation on theme: "Stress and Deformation: Part I (D&R, 122-126; 226-252) The goal for today is to explore the stress conditions under which rocks fail (e.g., fracture),"— Presentation transcript:

1 Stress and Deformation: Part I (D&R, 122-126; 226-252) The goal for today is to explore the stress conditions under which rocks fail (e.g., fracture), and the orientation of failure with respect to the principal stress directions. 1. Coulomb law of failure 2. Byerlee's law

2 Experimental studies are fundamental in the study of rock failure

7 Compressive strength tests: The results Linear envelope of failure. The fractures form at angles of 25 to 35 degrees from  1- very consistent!

9 Tensile strength tests with no confining pressure Approach: Similar to compressive strength tests Results: (1) Rocks are much weaker in tension than in compression (2) Fracture oriented parallel to  1 (  = 0)

13 The effect of mean stress:

14 The effect of differential stress

15 Byerlee's Law Question: How much shear stress is needed to cause movement along a preexisting fracture surface, subjected to a certain normal stress? Answer: Similar to Coulomb law without cohesion Frictional sliding envelope:  c = tan  (  N ), where tan  is the coefficient of sliding friction

19 What is it? What is it?  1 is parallel to the structure. What does this suggest about the magnitude of effective stress? What mechanism may help produce this structure within the deeper crust? Tensile fracture filled with vein during dilation very low high fluid pressure to counteract lithostatic stress 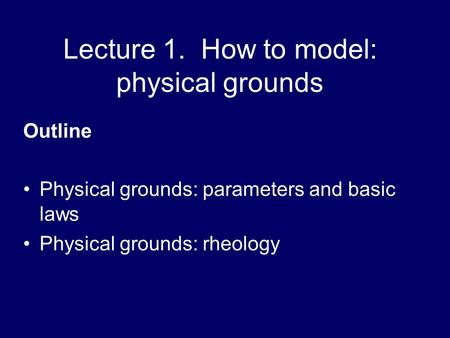 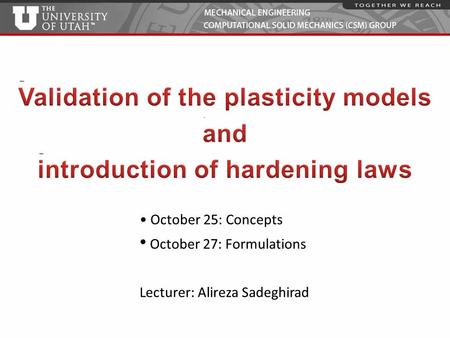 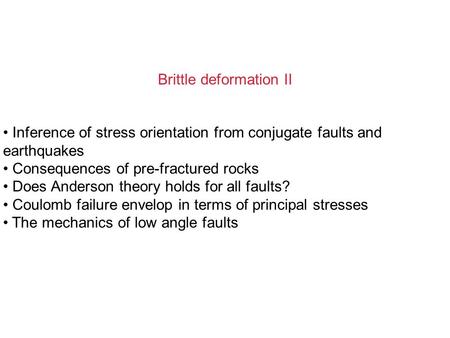 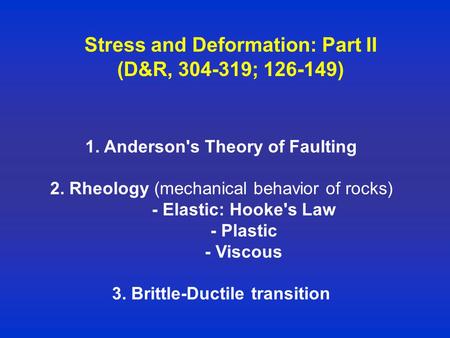 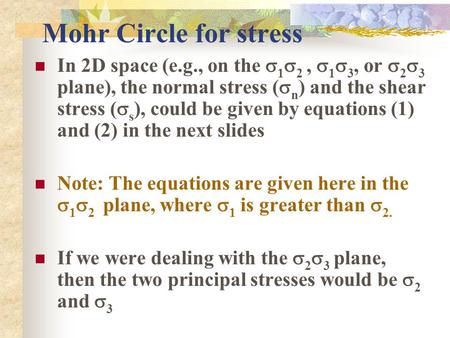 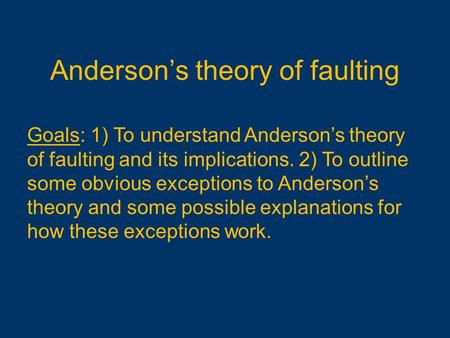 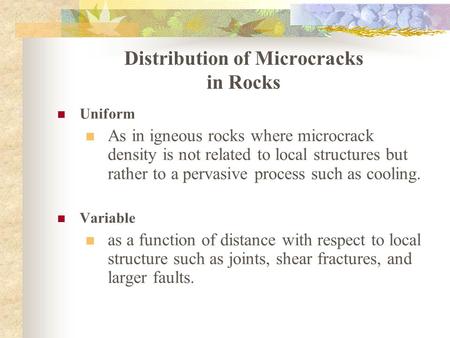 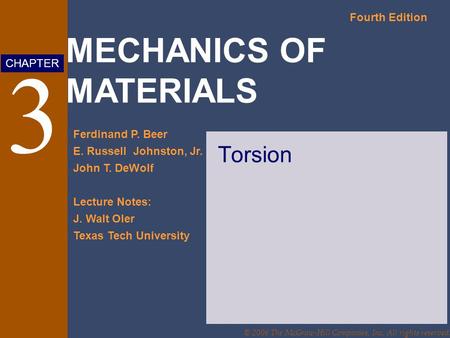 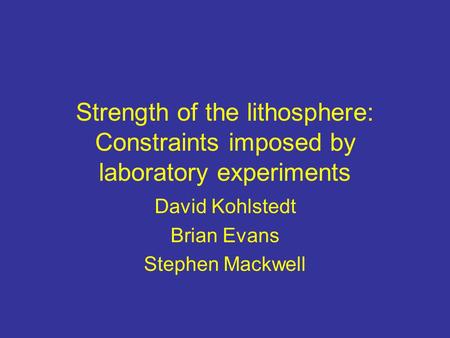 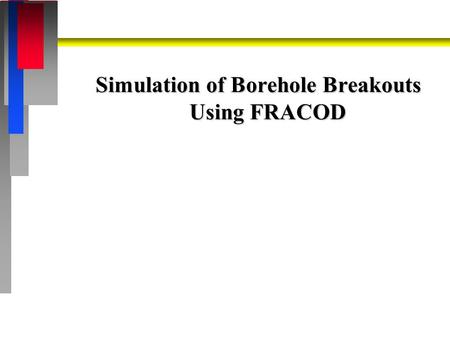 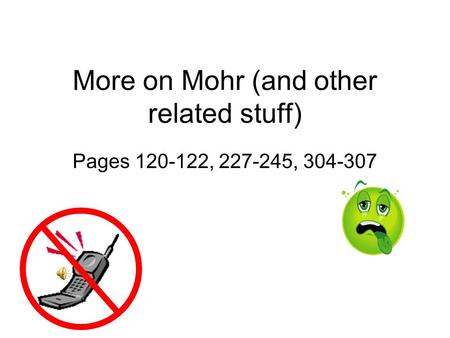 More on Mohr (and other related stuff) Pages , , 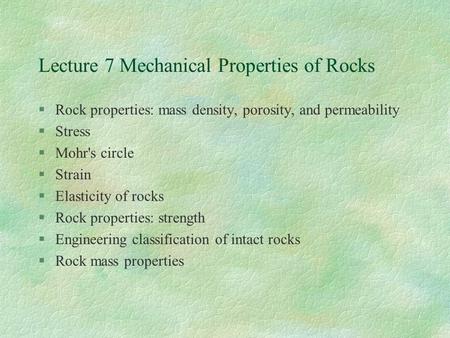 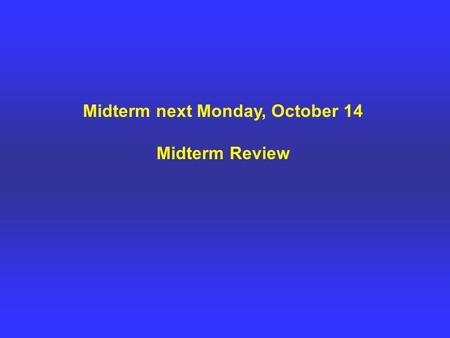 Midterm next Monday, October 14 Midterm Review. What is structural geology? - Study of rock deformation, “the study of the architecture of the Earth’s. 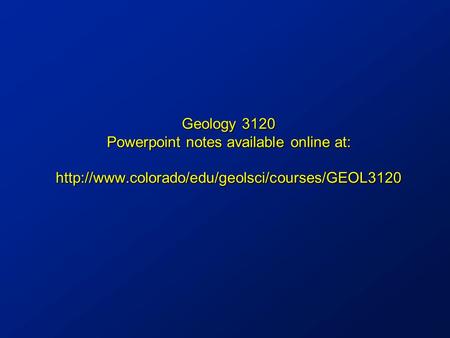 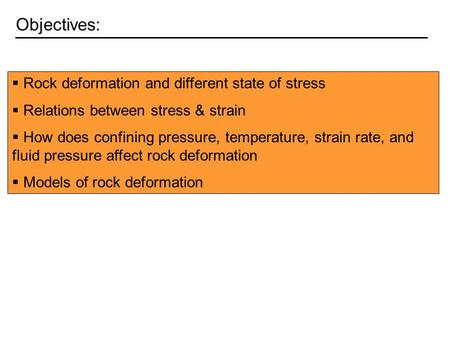 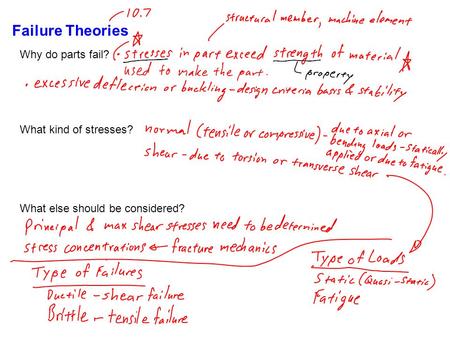 Failure Theories Why do parts fail? What kind of stresses? 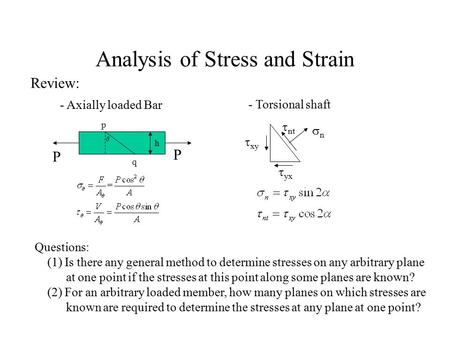 Analysis of Stress and Strain 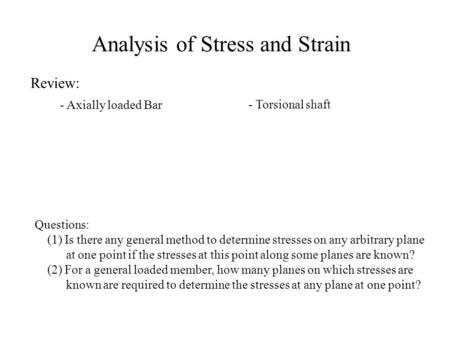 Analysis of Stress and Strain Review: - Axially loaded Bar - Torsional shaft Questions: (1) Is there any general method to determine stresses on any arbitrary. 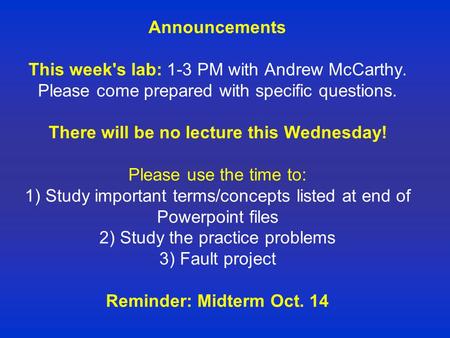