3 Monkey Wrench Monkey Wrench
This meant the slaves were to gather all the tools they might need on the journey to freedom. Tools meant: something with which to build shelters, compasses for determining direction, or tools to serve as weapons for defending themselves.

5 Log Cabin Log Cabin This pattern was used to let the slaves know where safe houses were. People who helped the Underground Railroad may have identified themselves as friends to slaves on the run by tracing this pattern in dirt as a signal. This quilt told slaves to look for this symbol on their journey to freedom. It was also a symbol to set up a “home” in a free state.

7 Shoofly Shoofly Little is known about this pattern. It is believed that Shoofly refers to an actual person who might have aided escaping slaves.

9 Bow Tie Bow Ties Slaves’ clothes were often tattered and easy to spot. This pattern meant that someone would bring the slave nice clothes to help them blend in with the free blacks.

11 Flying Geese Flying Geese
This pattern told the slaves to follow migrating geese north towards Canada and to freedom. This pattern was used as directions as well as the best season for slaves to escape. Geese fly north in the spring and summer. Flying geese pointed to the direction, north, for the slaves to move. Also, geese would have to stop at waterways along their journey in order to rest and eat. Slaves were to take their cues on direction, timing and behavior from the migrating geese.

13 Crossroads Crossroads
Once through the mountains, slaves were to travel to the crossroads. The main crossroad was Cleveland, Ohio. Any quilt hung before this one would have given directions to Ohio.

15 North Star North Star (Evening Star/Star)
This instructed the slaves to follow the North Star to Canada and to freedom.

17 Bear’s Paw Bear’s Paw It’s believed that this pattern was sometimes used to help fugitives follow the path of the bear, and to identify landmarks on the edge of the plantation.

19 Drunkard’s Path Drunkard’s Path
This was a clear warning for the slaves to move in a staggering fashion so as to elude any following slave hunters. It was suggested that slaves even double back to elude their pursuers. 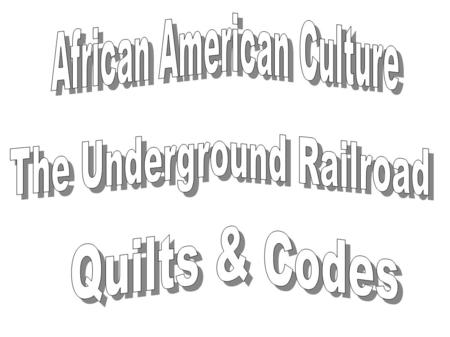 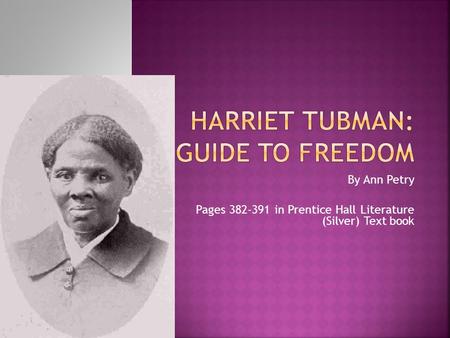 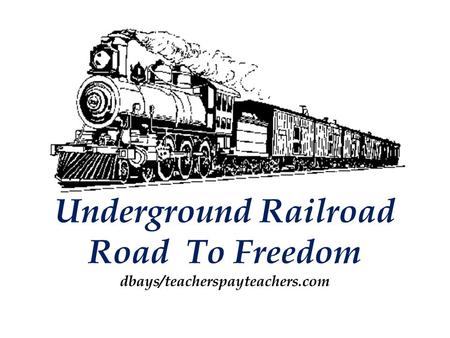 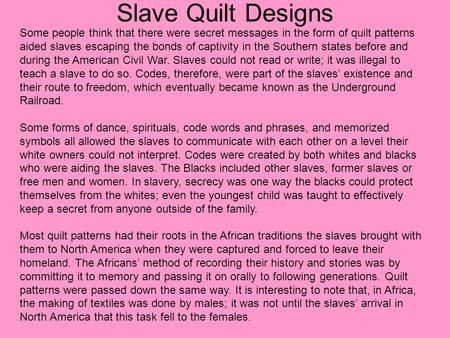 Slave Quilt Designs Some people think that there were secret messages in the form of quilt patterns aided slaves escaping the bonds of captivity in the. 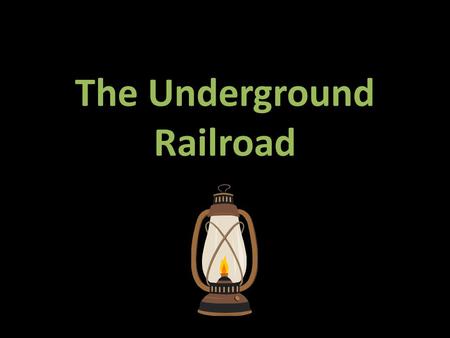 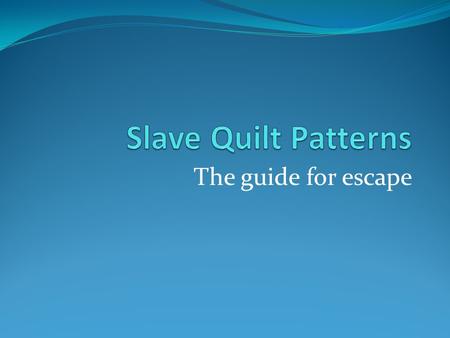 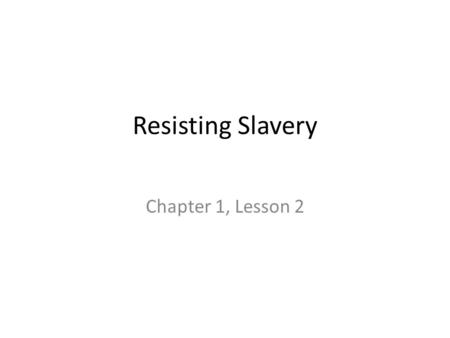 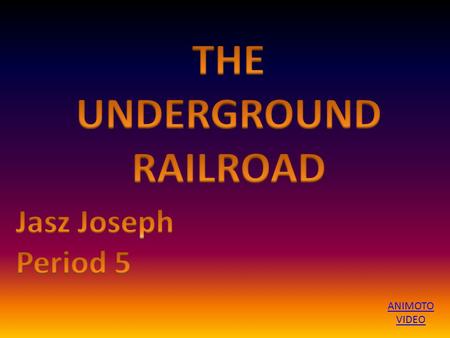 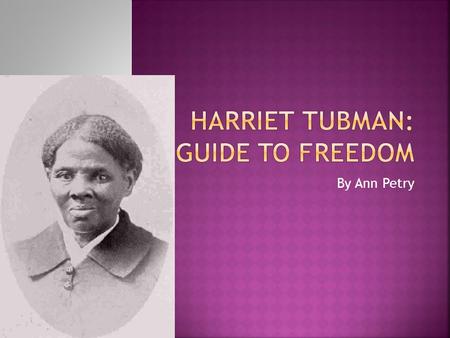 By Ann Petry.  fugitives: people fleeing from the law There was a warning on the news about a fugitive on the loose in our city. 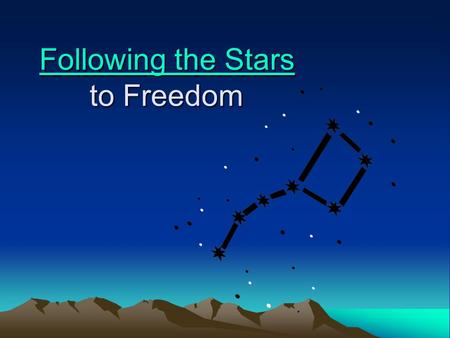 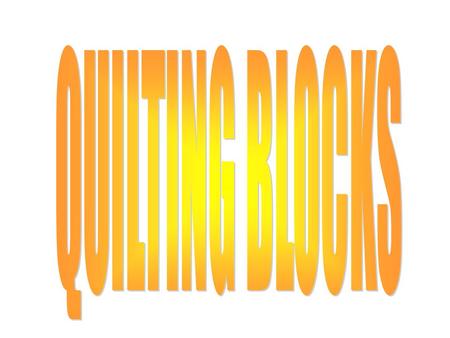 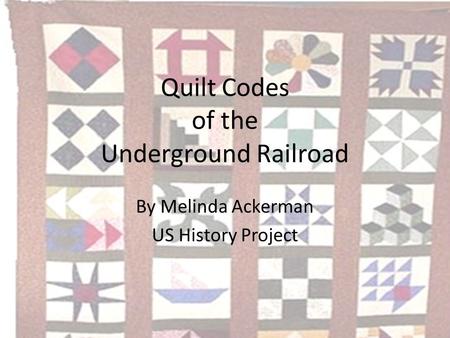 Quilt Codes of the Underground Railroad 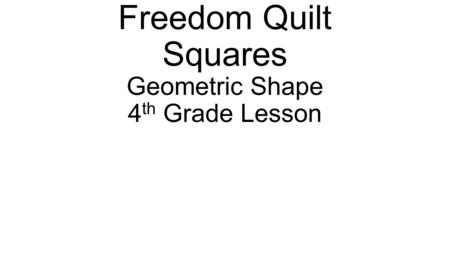 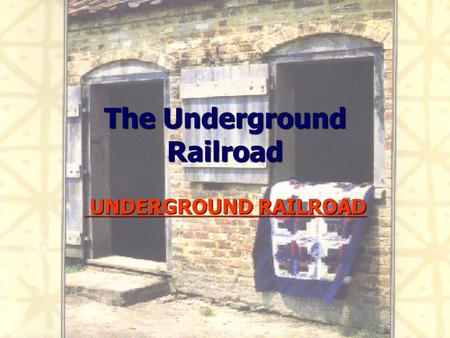 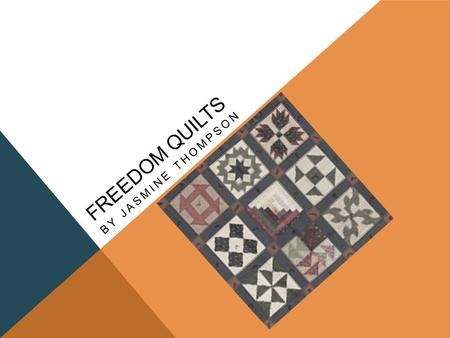 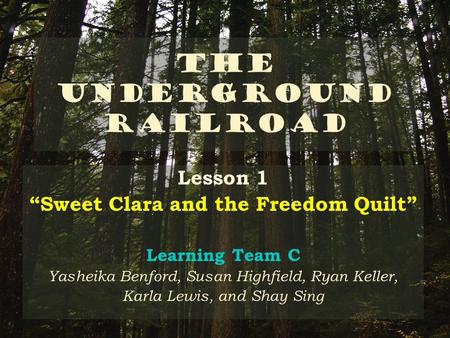 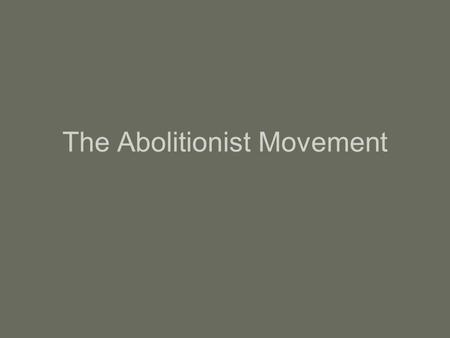 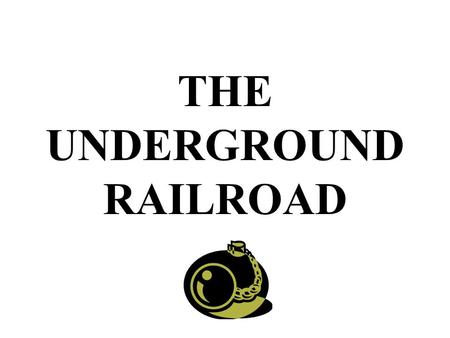 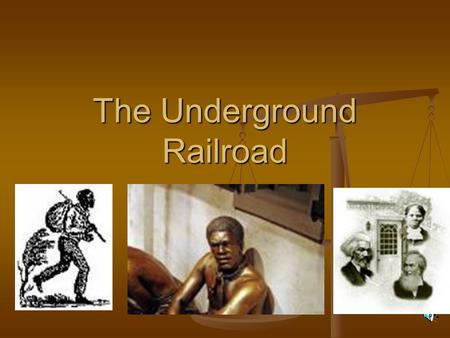