2 Objectives Give a basic definition of communism.
Describe a buffer state. Why might a buffer state be useful? Name and describe the conflict that centered around Russia and the United States in the Twentieth Century. Describe the area, climate, and resources of Siberia. Understand the difference between European Russia and Siberian Russia.

4 Terms and Places Soviet Union or USSR was a single nation of many ethnic groups controlled by Russia. Warsaw Pact was an alliance of nations controlled by Russia. Cold War was a conflict between the Warsaw Pact and NATO. Buffer state is a weaker nation that lies between unfriendly stronger nations. Volga is the name of the longest river in Europe. Communism is an economic system which bans private property. Baikal is the largest lake in the world by volume.

6 Russia is larger than the United States, including Alaska.

8 Siberia includes a great lake, called Baikal.
Lake Baikal has more water than any other lake. Its fresh water is home to seals and other wildlife usually found in salt water.

11 What are the physical features of European Russia?
Ural Mountains Great Plains crossed with rivers The most important river in Russia is the Volga. The Volga flows into the Caspian Sea.

13 The Volga is the longest river in Europe.
The Volga also drains a larger area than any other river in Europe. Eleven of the twenty largest cities of Russia, including the capital, Moscow, lie in the Volga Drainage Basin. The Russians love this river and often refer to it as “Mother Volga”. The Volga remains an important river for shipping. “Mother Volga”

16 Many people living in Russia are not Russians.

19 Criminals and those that disagreed with the czar were often sent to Siberia to live.
Russia was ruled for centuries by emperors called czars, including Ivan the Terrible.

20 Another Czar, Peter the Great, tried to modernize Russia.

21 Lenin The Czars lasted until World War One.
By that time, Russia was an Empire, dominating countries like Finland, Poland, and Ukraine. During the World War One, a revolution overthrew the Czar. Lenin The new leaders called themselves Communists. They shot the Czar and his family.

25 Soviet Russia was controlled by dictators like Lenin and Stalin.
After World War II, the Soviet Union controlled almost all of Eastern Europe. Stalin

30 Name the largest city in Eastern Europe.
Name the economic system that dominated Russia for most of the Twentieth Century. Moscow Communism Name the longest river in Europe. Briefly describe the system of communism. The Volga Under communism, there is no private property; the government owns everything. Which of the following most challenges Russia’s ability to defend itself? Russia’s north is permanently frozen. Russia’s south is blocked with mountains that are difficult to cross. Russia’s west has no defensible barriers like seas and mountains. The Pacific Coast is swampy and Russians cannot built rail there.

34 Moscow The Volga The Kremlin The Russian Great Lakes

35 Tsar or Czar is the name of the king or emperor of Russia.
Russian Federation is an alliance of Eastern Europe controlled by Russia today. 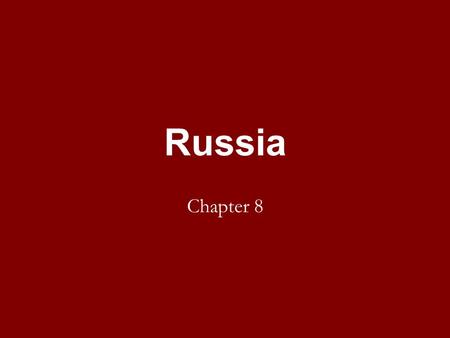 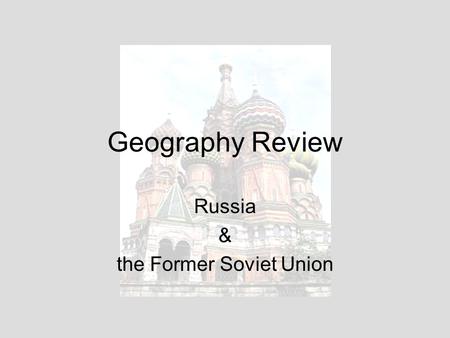 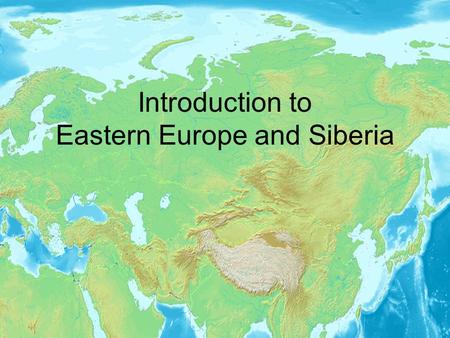 Introduction to Eastern Europe and Siberia 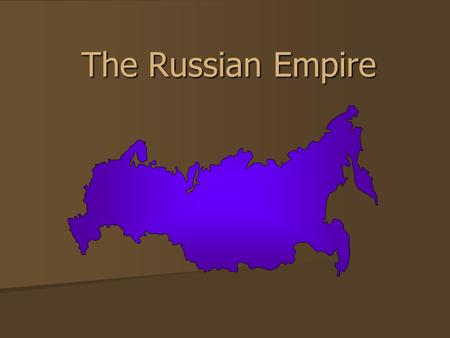 The Russian Empire. In Russia… There are: There are: –90 different ethnic or cultural groups –80 different languages spoken –11 different time zones –Coasts. 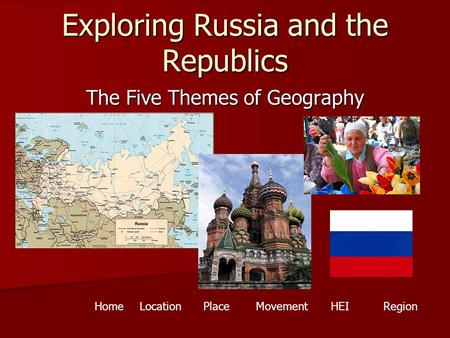 Exploring Russia and the Republics 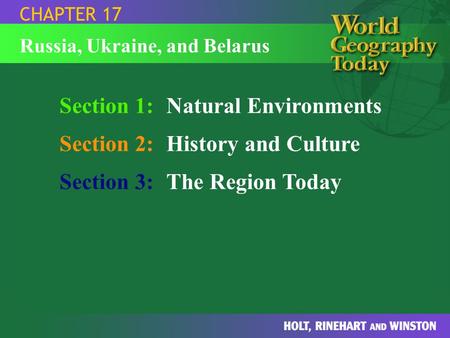 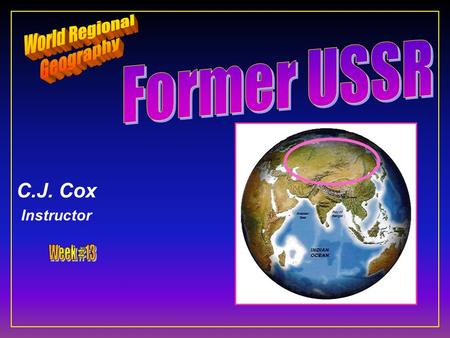 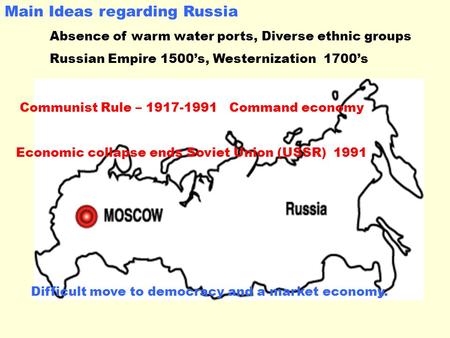 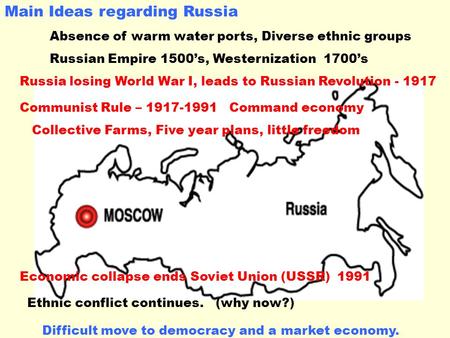 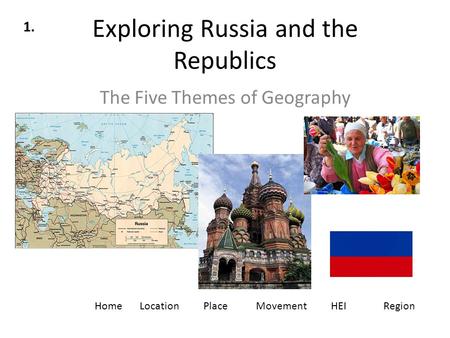 Exploring Russia and the Republics The Five Themes of Geography LocationPlaceMovementHEIRegionHome 1. 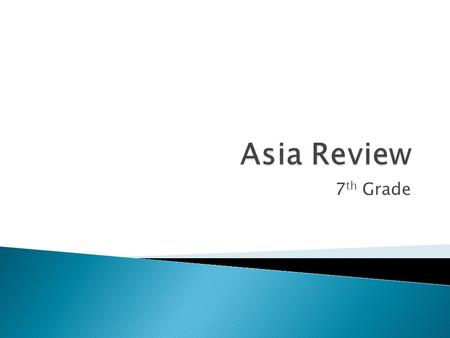 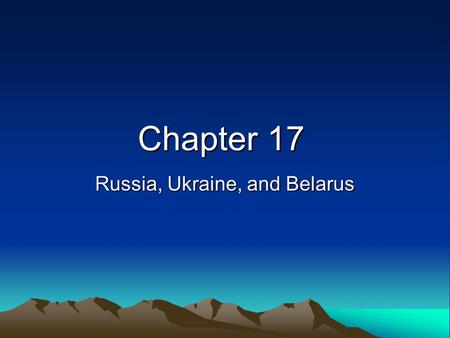 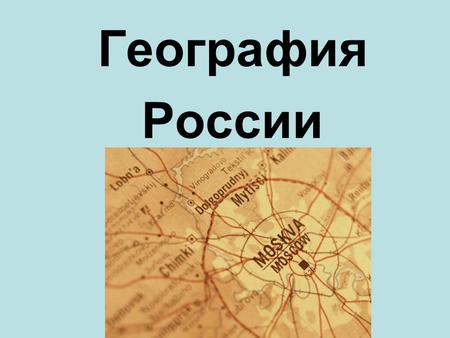 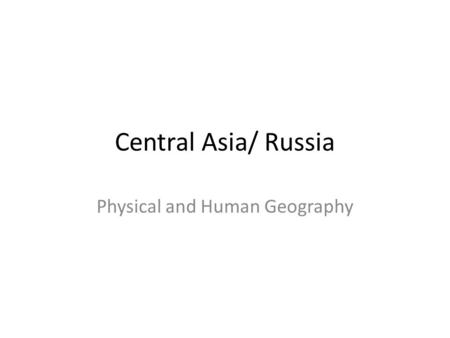