Presentation on theme: "THE DEBATE ABOUT GENETICALLY MODIFIED FOOD. WHAT IS GM FOOD? GM food is made with ingredients such as soya or maize, with genes from other plants or animals."— Presentation transcript:

1 THE DEBATE ABOUT GENETICALLY MODIFIED FOOD

2 WHAT IS GM FOOD? GM food is made with ingredients such as soya or maize, with genes from other plants or animals added or with their own genes altered. For example, genes from Arctic fish can be inserted into tomatoes to make them frost resistant, bread can be made from pesticide resistant wheat, or GM salmon can be altered to grow faster in cold water

3 WHY IS IT BEING DEVELOPED? There are a number of ways in which GM food can improve the quality and availability of the food we eat Crops can grow faster, bigger or in hostile soils or resist disease or drought and fight off parasites. Big benefits for Third World GM potato has a third more protein, GM tomatoes can grow in salty soils. Crops can have the genes which cause allergies ‘switched off’

4 THE CASE AGAINST GM technology cruder than admitted. Benefits not proven GM crops may have unforeseen effects and insects and wildlife harmed by eating them In Canada superweeds resistant to three types of herbicide have emerged GM oilseed rape and maize have crossed into other plants Some GM crops only tolerant to expensive patented weedkiller

5 IS IT ON SALE IN THE UK? Not anymore GM tomato puree was, but such foods were withdrawn because of public concern Supermarkets refuse to stock GM food because of negative public opinion The US government took the EC to court in 2003 because it has blocked the import of GM crops

6 IS IT SAFE TO EAT? Government scientists claim that it is Millions of Americans eat it with no obvious ill effect There is some evidence DNA can cross from food into human bacteria The British Medical Association believes there are health risks General Medical Council believes we do not fully understand biological effects

7 IS IT SAFE FOR THE ENVIRONMENT? Evidence growing that genes from GM crops can ‘jump’ into conventional crops or be carried long distances by tractors or bees. This could produce ‘superweeds’, contaminate crops or lead to mutations GM fish could bred with native salmon, for example Some GM crops require fewer herbicides and this is good for wildlife and plants

8 WHO CONTROLS GM FOOD AND THE RESEARCH? Dominated by three multinationals: Monsanto, Sygenta and Bayer. Most of the technology controlled by them GM plants are usually patented and expensive to buy, although UK is creating GM potatoes and rice for Third World Some GM crops are sterile. Farmers cannot save seed, so have to buy from producing company each year, sometimes with tie-ins to fertilisers, chemicals or equipment.

9 WHAT DOES THE PUBLIC THINK? In the UK they do not want GM food at the moment Consumers will accept biotechnology in medicine but not in food Consumers seem to want more evidence about GM foods

Download ppt "THE DEBATE ABOUT GENETICALLY MODIFIED FOOD. WHAT IS GM FOOD? GM food is made with ingredients such as soya or maize, with genes from other plants or animals." 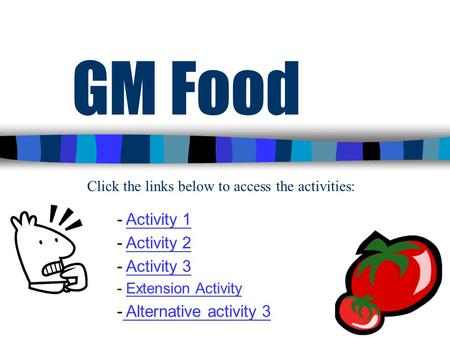 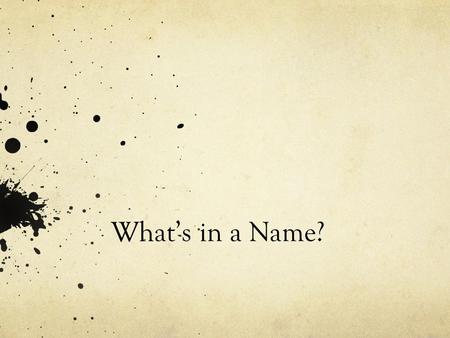 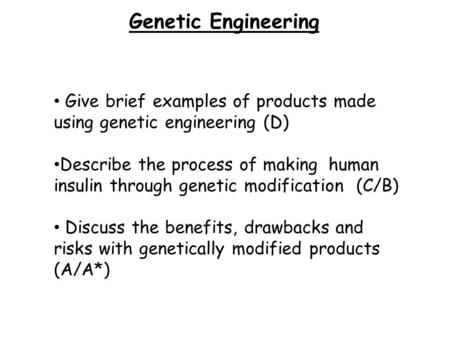