2 EFA requirement The EFA guidance on schools forum powers and responsibilities includes the need to consult with schools forum annually on the financial issues relating to the administration arrangements for the allocation of central government grants.

3 Central Government Grants to Schools These include : Pupil Premium Devolved Formula Capital (DFC) Universal Infant Free School Meals (UIFSM) EFA 6 th form funding These are subject to annual returns and external audit with a requirement that any grant underspends are returned and overspends borne by the authority In addition internal audit will examine these areas as part of their cyclical programme

4 Central Government Grants to Schools The approach taken by the local authority is: a)to allocate to schools in line with the cash being allocated to the authority by central government b)to only include in schools indicative budget allocations for grants where this information is likely to inform planning and not potentially mislead c)to place on the Schools Finance website any available information from the EFA including the basis on which allocations have been made and any conditions of grant

5 Pupil Premium (excluding LAC) This includes the main pupil premium allocations based on FSM numbers, summer schools, year 7 catch up, primary PE and sports, post-LAC and service children. The main FSM pupil premium, service children and post-LAC allocations are based on the January census data and notified to authorities in the following summer. The cash is advanced to authorities quarterly in June, September, December and March. (LAC = Looked After Child, Post-LAC = Children adopted from Care)

6 Pupil Premium (excluding LAC) The amounts are included in the schools transfers in October (5/12ths) and January (7/12ths). This timetable also supports the LA adjustments for academy conversions. Closing schools are allocated 5/12ths to fund to August 2015. The 7/12ths (Sept to March 2016 funding) is allocated to the schools the pupils move to from the closing school.

7 Pupil Premium - LAC Allocations to the Authority are based on the March Authority data return SSDA903 preceding the start of the financial & academic year. The allocations are provisionally notified to authorities based on the data from the prior year census. The cash is advanced to authorities quarterly Schools are allocated funding termly based on the LAC being in the school and a valid Personal Education Plan being completed. (LAC = Looked After Child)

8 Devolved Formula Capital (DFC) Allocations are based on a schools pupil numbers in the previous January census return. i.e. January 2014 pupil numbers are used by the EFA to calculate the allocations for the 2015-16 financial year The allocations to individual schools are notified to local authorities in February 2015. The cash should be paid to LAs in May. As soon as the payment is received the amounts are included in the next monthly school transfers (normally June 15). Where schools are closing during the year it is at the Authority’s discretion how these schools allocations are treated. This is reviewed on a school by school basis.

9 Universal Infant Free School Meals Grant Allocations are calculated by the EFA and notified to local authorities. Once this information is received it is checked and then allocated to the relevant schools in full. Checks undertaken are mainly in respect of the treatment of VA schools and any recent academy conversions.

11 Returns and Audit The grants are subject to annual returns and external audit with a requirement that any overall grant underspends are returned and overspends borne by the Authority. In addition internal audit will examine these areas as part of their cyclical programme. The EFA provide guidance in each grant area regarding the relative funding responsibilities when schools convert to academy status mid year. This places additional responsibility on local authorities and complicates the ongoing reconciliation between grant allocations and payments made to schools.

12 Summary The above and attached show the timetable of grant receipts and payments to schools. Do forum members have any comments, particularly as this is the first time this report has been produced, on any changes in format or content for the next report in 12 months time? 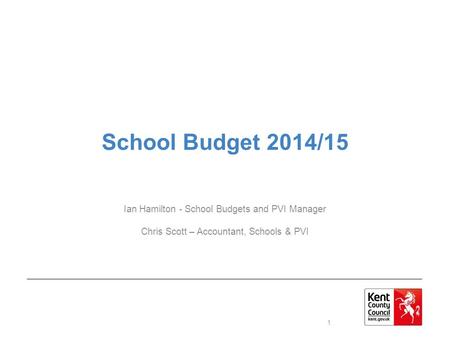 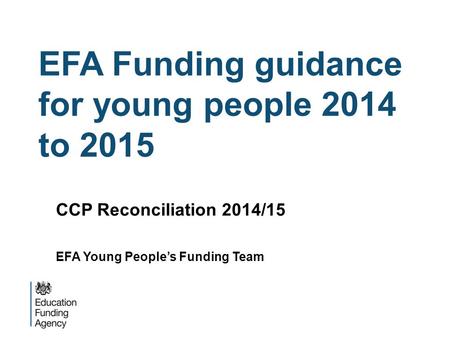 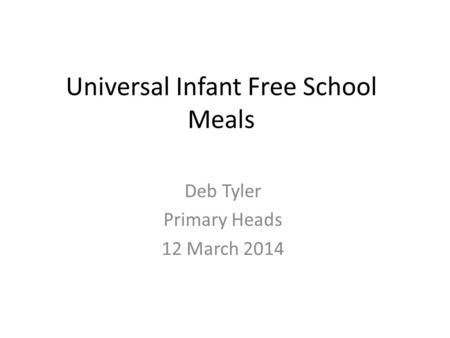 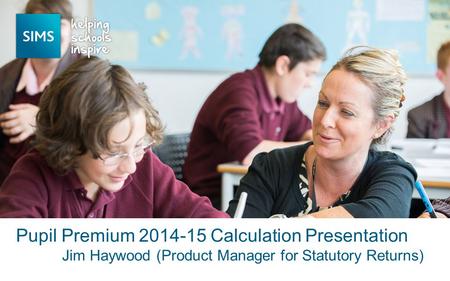 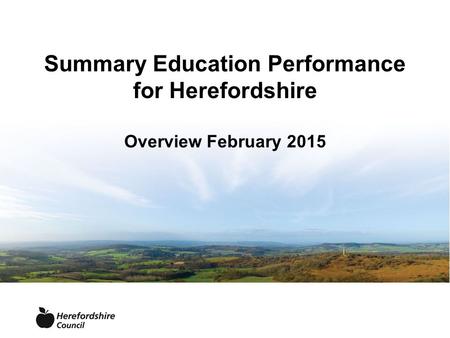