2 EPAAC was established by The European Commission and was launched in September 2009.

3 Ireland was one of approximately 25 States who participated in EPAAC along with representatives from IARC, WHO, OECD and NGOs working at European level on cancer issues

5 The overall aim of the Partnership was to support Member States and other stakeholders in their efforts to tackle cancer more efficiently by providing a framework for identifying and sharing information, capacity and expertise in cancer prevention and control.

6 By the end of the Partnership, the objective was for all Member States to have integrated cancer plans. All but five of the countries have achieved this.

8 The work carried out by EPAAC was organised into horizontal and vertical work packages. Projects were co-financed by the EU, Member States and other partners in each project.

10 Ireland was an Associate Partner in the work package dealing with National Cancer Plans. The aim of this WP was to ascertain which members had developed a cancer plan, how plans varied, the monitoring processes in place, assessment etc. From this it was hoped to glean what worked well, what could be replicated and what could be learned for the future. This WP developed European guidelines and common indicators for the development of National Cancer Plans.

11 WP5 health promotion and prevention. Prevention offers the most cost- effective long-term strategy for the control of cancer. During EPAAC the European Week Against Cancer was revived as an opportunity for promoting cancer prevention at the EU level, not only among cancer leagues but also among other cancer-and health- organisations. The Irish Cancer Society hosted the event in 2013.

12 WP6 Cancer Screening. The improved implementation of the Council Recommendation on Cancer Screening was this WP’s main aim. It established and piloted a comprehensive training course in the management of cancer screening programmes (ESSM) for decision-makers, coordinators and other staff engaged in the planning, implementation or evaluation of cancer screening programmes.

13 WP7 Healthcare Key overall message was to develop and share best practice across Europe. This WP included a module on standards of cancer care for children. This WP developed a pilot educational programme aimed at improving psychosocial and communication skills among health care providers.

14 WP8 Research Aim was to develop a collaborative approach to achieving coordination of one-third of cancer funding. Three areas of cancer research (cancer therapy, biomarkers and biobanks) were identified which would benefit from a co-ordinated approach from a patient/population health perspective and were piloted aimed at pooling efforts, expertise and resources between countries.

15 WP9 Information and Data This WP aimed to map the main sources of cancer data in Europe and to initiate the development of a standardised approach to the collection of survivorship data using population-based cancer registries. A report was produced on how to make the collection of this data a standard and routine part of follow up care. 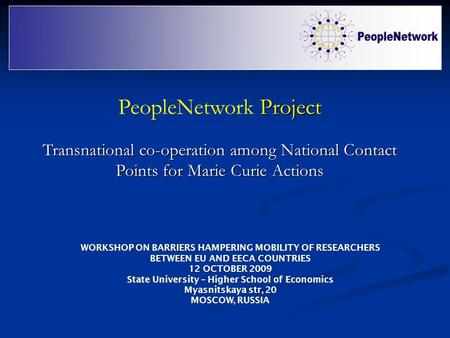 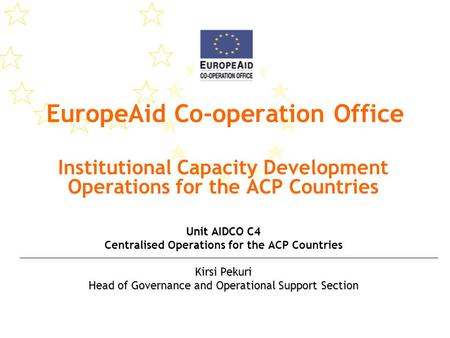 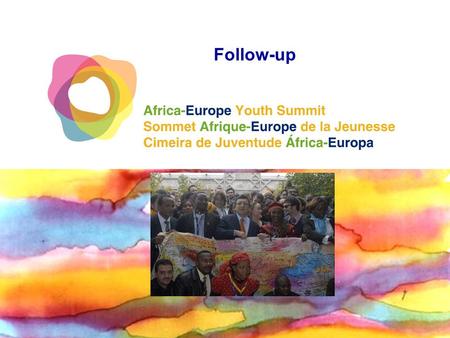 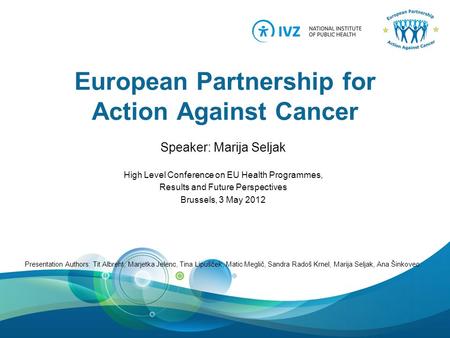 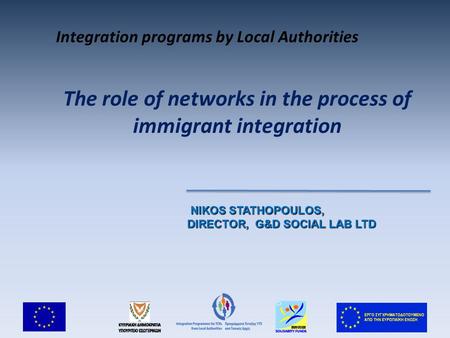 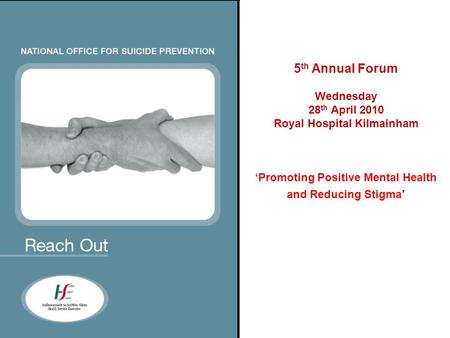 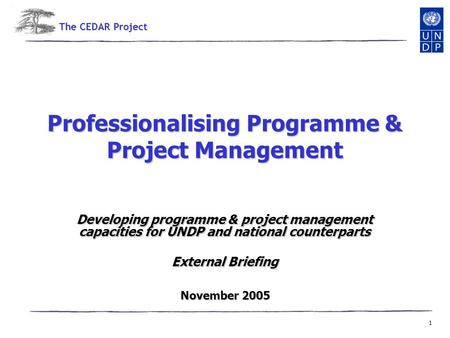 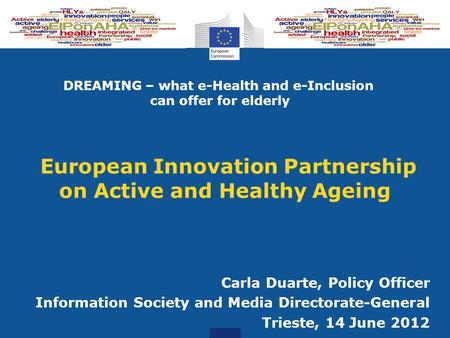 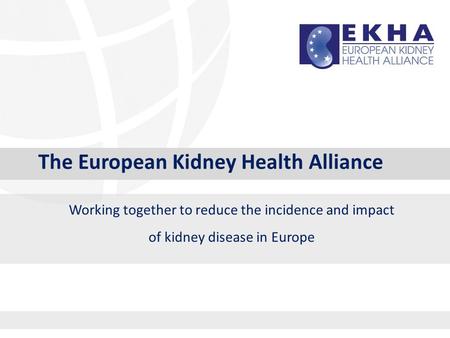 The European Kidney Health Alliance Working together to reduce the incidence and impact of kidney disease in Europe. 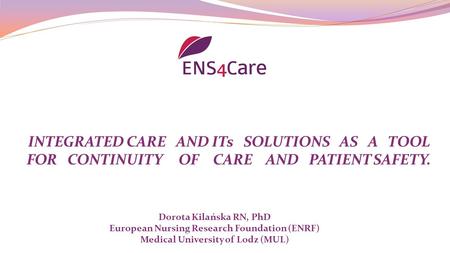 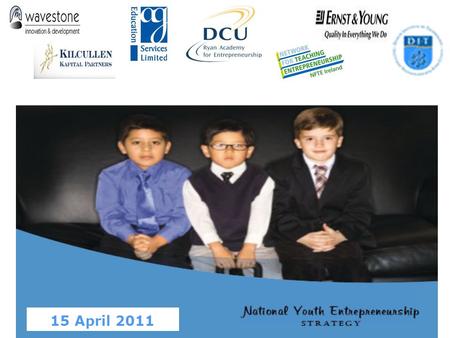 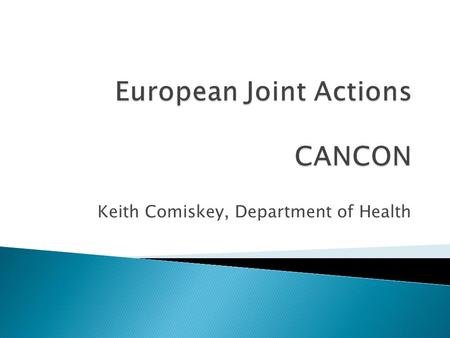 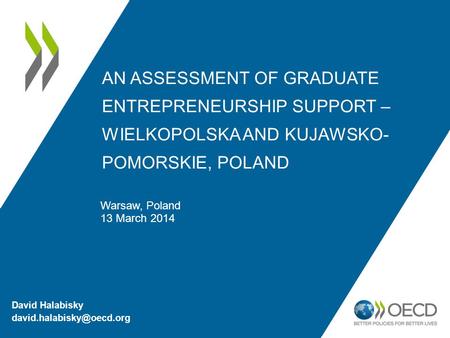 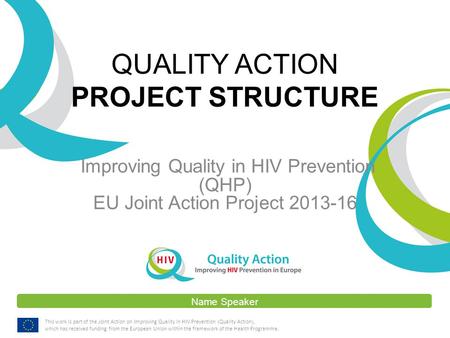 Name Speaker This work is part of the Joint Action on Improving Quality in HIV Prevention (Quality Action), which has received funding from the European. 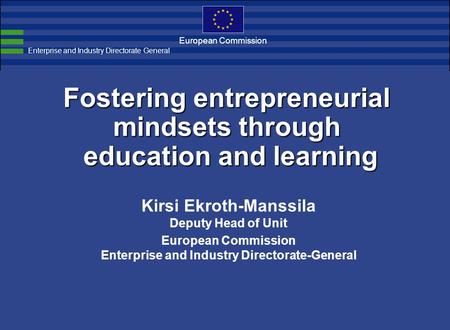 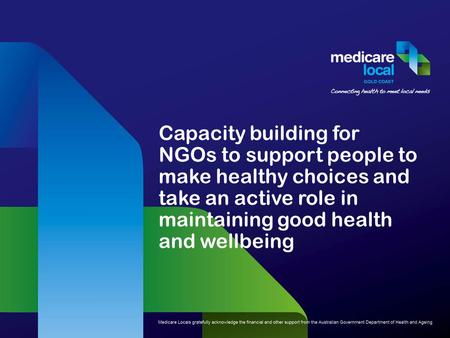 Capacity building for NGOs to support people to make healthy choices and take an active role in maintaining good health and wellbeing. 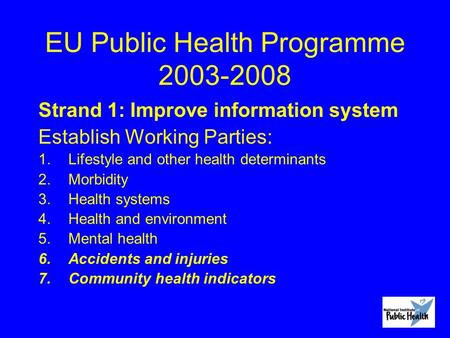 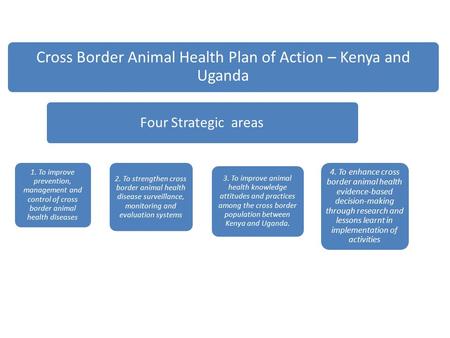