2 Did You Know? Research on distracted driving reveals some surprising facts: In 2008, almost 20 percent of all crashes in the year involved some type of distraction. (National Highway Traffic Safety Administration - NHTSA). Nearly 6,000 people died in 2008 in crashes involving a distracted driver, and more than half a million were injured. (NHTSA) The younger, inexperienced drivers under 20 years old have the highest proportion of distraction-related fatal crashes. Drivers who use hand-held devices are four times as likely to get into crashes serious enough to injure themselves. (Source: Insurance Institute for Highway Safety) Using a cell phone use while driving, whether it’s hand-held or hands-free, delays a driver's reactions as much as having a blood alcohol concentration at the legal limit of.08 percent. (Source: University of Utah)

3 Distracted Driving Major Concern This accident was caused by teenager in Kingsport, Tennessee putting a cell phone cover on a cell phone. The car rolled one and a half times in mid-air and then landed on it’s top before flipping over.

4 Distracted Driving Major Concern Date of accident: 9-6-2007 Make and model of car: 2007 Pontiac G6 ”I was driving to work one morning and had just gotten an iPhone the night before. Instead of waiting until I got to work to play with it, I decided to do it on my way. I must have missed the big orange signs that said flagmen ahead because when I looked up all I saw was a stopped explorer less than a hundred feet ahead of me. I think we know what happened after that! Thank god the flagmen was not standing in front of the car I hit and nobody was hurt but me. You may think that you know the road because you drive it everyday but you never know when something like that can be there. Sarah C.”

5 Seat Belt Usage During a crash, safety belts distribute the forces of rapid deceleration over larger and stronger parts of the body such as the chest, hips and shoulders. People wearing safety belts are not thrown into another person or ejected from the vehicle. The safety belt helps belted drivers maintain control of the car by keeping them in the driver's seat. This increases the chance of preventing a second crash.

7 If you need proof... Driver and passengers buckle up in this car ■ driver’s seat is forced forward by the backseat passenger as he flies through the car. Driver died. ■ backseat passenger from red car flew through the windshield and landed here. 5 people ~ only one wearing seatbelt 4 people ~ all wearing seatbelts ■ one minor injury (driver cracked rib because of seatbelt impact) ■ everyone else unhurt ■ driver dead ■ three seriously injured ■ one minor injury (the one wearing his seatbelt) Driver and passengers do not buckle up. 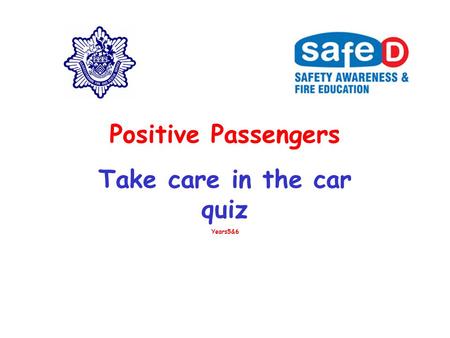 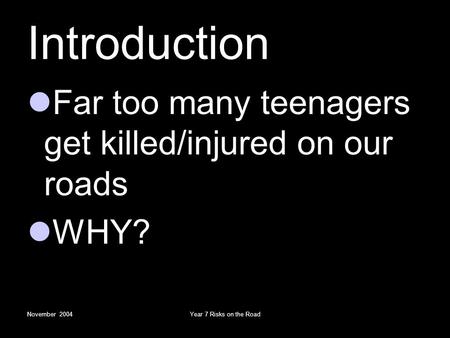 November 2004Year 7 Risks on the Road Introduction Far too many teenagers get killed/injured on our roads WHY? 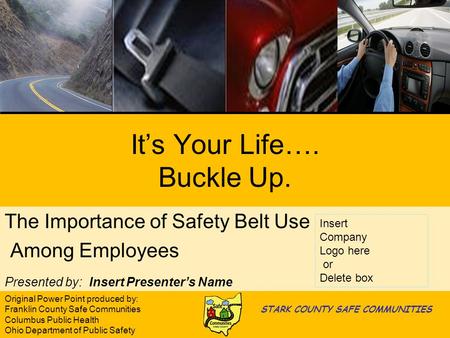 Its Your Life…. Buckle Up. The Importance of Safety Belt Use Among Employees Presented by: Insert Presenters Name Insert Company Logo here or Delete box. 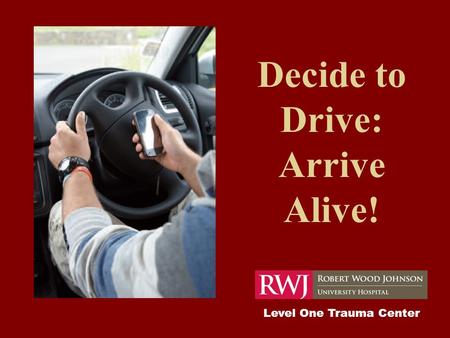 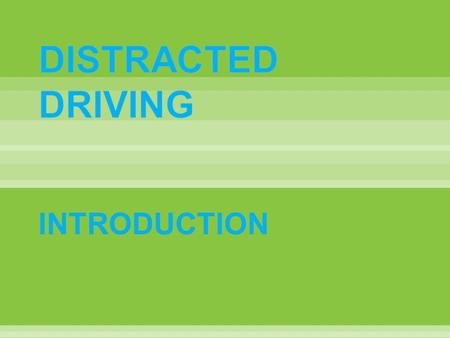 INTRODUCTION. + = AAt any given daylight moment, some 13.5 million drivers are on hand-held phones, according to a recent study by NHTSA. 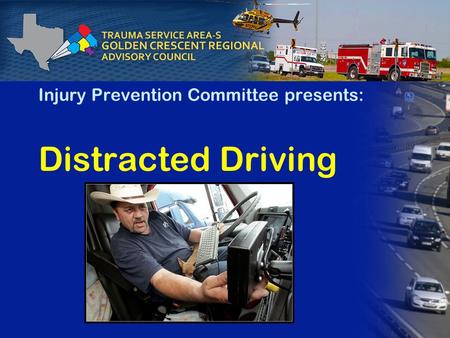 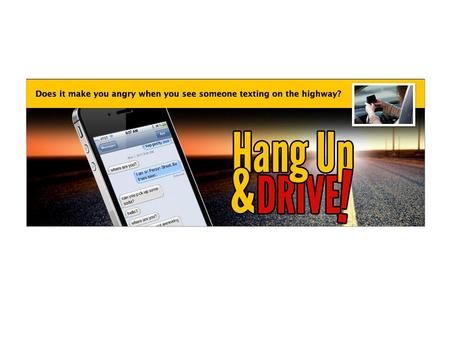 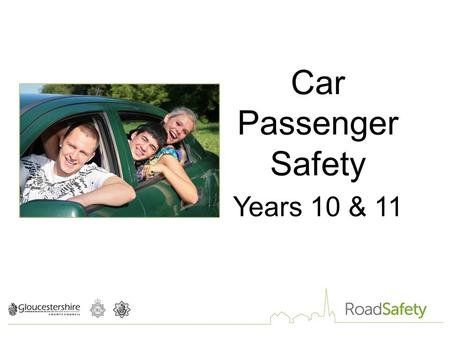 Car Passenger Safety Years 10 & 11. THE FACTS: number of people involved in road crashes every day in the UK in 2012: Many of those killed and. 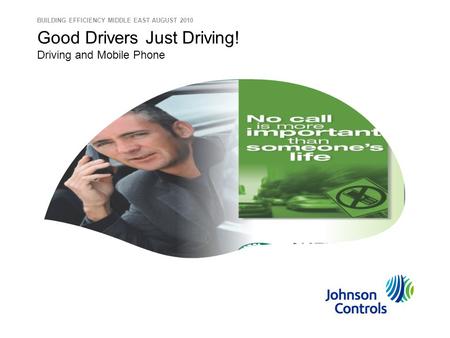 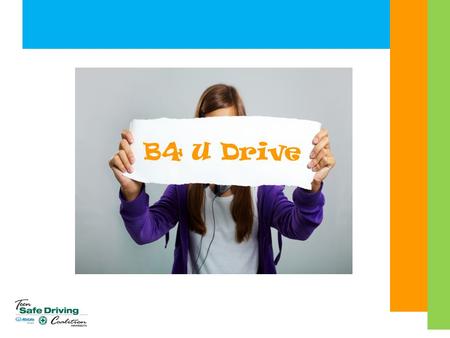 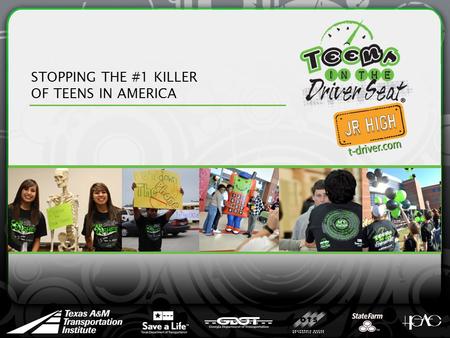 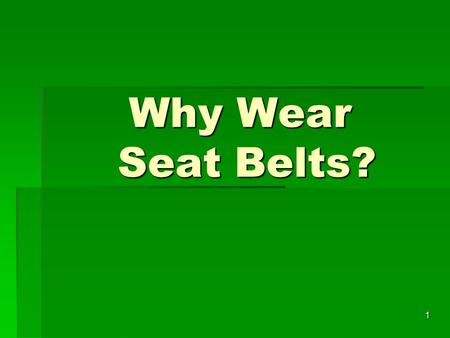 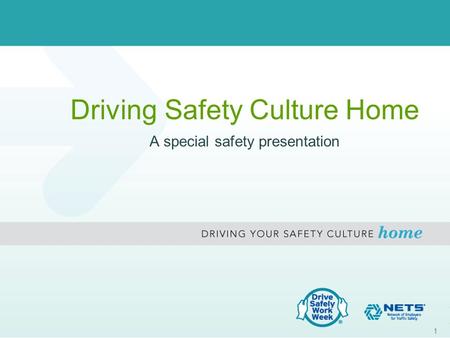 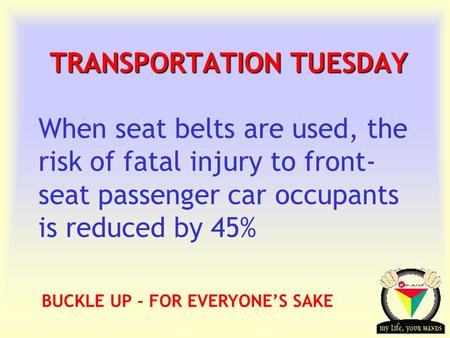 Transportation Tuesday TRANSPORTATION TUESDAY When seat belts are used, the risk of fatal injury to front- seat passenger car occupants is reduced by 45% 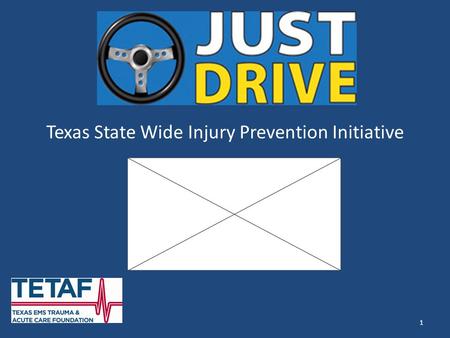 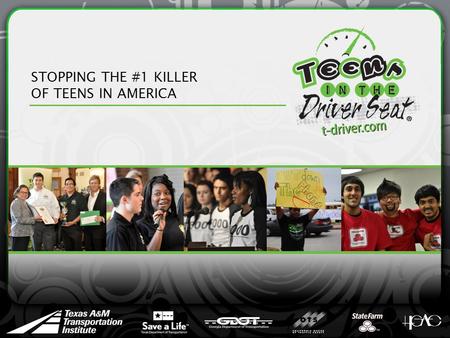 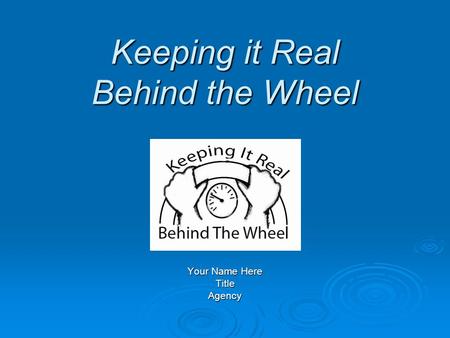 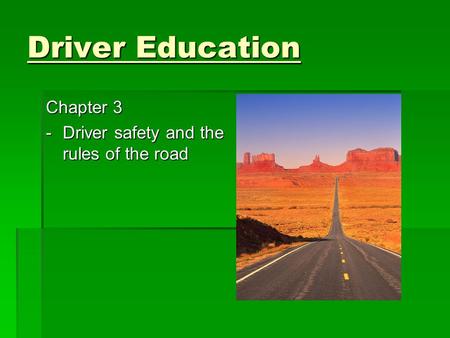 Driver Education Chapter 3 - Driver safety and the rules of the road. 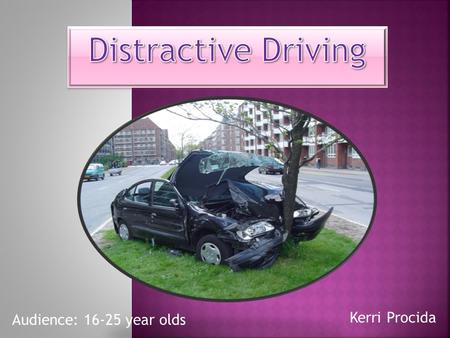 Kerri Procida Audience: year olds. .. There are more than 1,700 fatalities and 840,000 injuries yearly due to vehicle crashes off public highways. 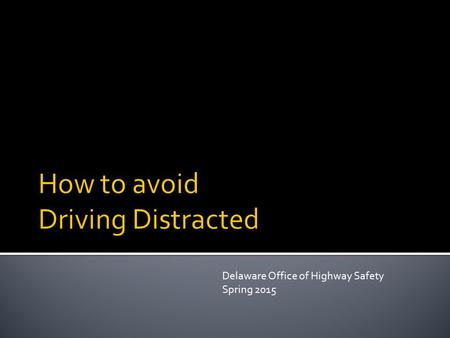 Delaware Office of Highway Safety Spring “Distraction occurs when a driver voluntarily diverts attention away from driving to something not related.