7 Step 2 – Brainstorm the data needed to answer the question Make a T Chart. Create categories for this information. Brainstorm a list of factual information.

9 Step 4 - Reevaluate your Thesis Do the categories accurately reflect your evidence Do you have both similarities & differences Conclude with a transitional sentence. “To better understand the similarities and differences between these two …”

10 A thesis must: Answer the Question 1) Background - gives a brief background 2) Argues (Answers) – states your argument that answers the question. 3) Reasons – states reasons for the conclusion (argument) you have made. An acceptable thesis does 3 things

11 Make sure your thesis statement does what your assignment asks you to do. Begin by rephrasing the question as an answer that includes the big key phrases from the question States the point you wish to make in your essay. Appears in the introductory paragraph and is restated in the concluding paragraph A thesis must: Answer the Question

12 Step 5 - Write the first paragraph of your essay Begin with a topic sentence that is one of the similarities or differences from your thesis.

14 Example 1 What are we comparing & contrasting? Impact of nationalism Where? Europe European colonies When? 19th and 20th centuries

15 Example 1 - Thesis Nationalism was a driving force throughout much of the nineteenth and twentieth centuries, but it had a very different flavor in Europe than in most European colonies. While nationalism for both groups meant pride and commitment to one’s own “nation,” nationalism in Europe – which often meant racism or desire for domination – became synonymous with national expansion and conquest of other peoples, while nationalism in the colonies meant self determination and freedom from European rule. To better understand how nationalism led to the struggle for independence in many European colonies, one must first examine how nationalism, among other factors, led to the establishment of many of these colonies.

17 Example 2 In a carefully constructed essay, compare and contrast the ancient civilizations of Greece and China. How do notions like "Order" and "Harmony" constitute fundamental themes in these two civilizations? Please make certain that you use specific examples to support your arguments. times

18 Example 3 In a carefully constructed essay, compare and contrast the basic beliefs of two of the following religions: Buddhism Christianity Confucianism Hinduism Islam 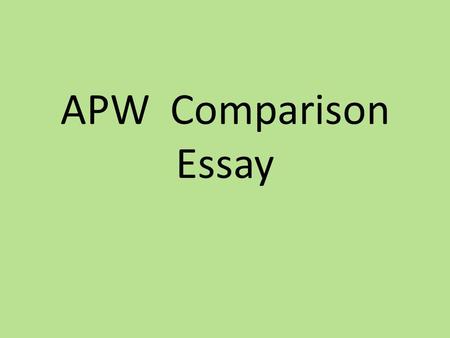 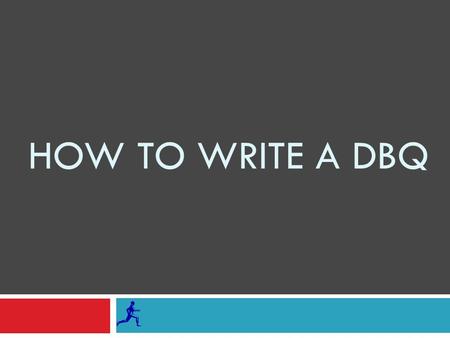 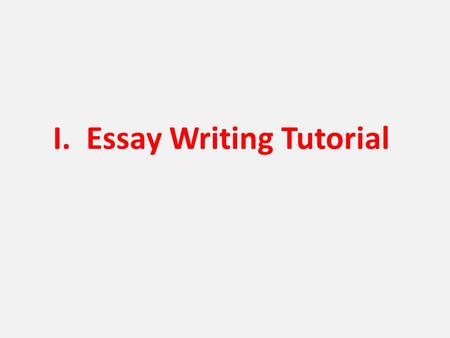 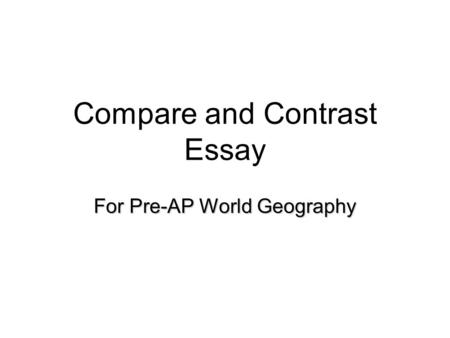 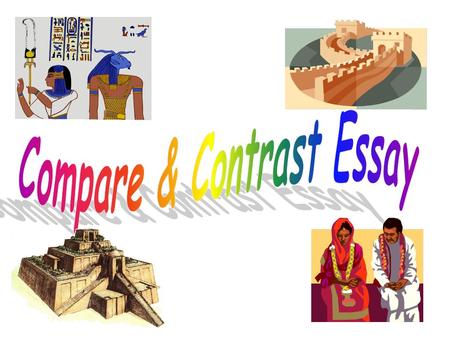