5 Long Lots… • Waterfront was very important because it was the only means of transportation in both winter and summer. • Taxes were based upon the width of the lots (not the size) and lots became, therefore, very long and thin. • When all the suitable riverfront areas had been used, roads were built parallel to the river and back a certain distance. • A new "rang", or range, of lots was then started with the same pattern fronting onto the road from both sides.

9 Where is this? Montreal (note the long lot pattern)

11 •Concessions are areas of land enclosed by the grid pattern of the survey system used in Southern Ontario. Most of these survey lines are now roads. •Within concessions the land was divided into equal farm lots.

14 Why was there a different system in Ontario than Quebec?
• Ontario was settled later than Quebec and the technology to build roads was much improved. • This system of survey and road building was supervised by Col. John Graves Simcoe

15 Section System of the Prairies

16 Survey System in Western
Canada… 1. The government was afraid that the U.S. might take over the Canadian west if there was no sign of occupation. 2. The population was growing in Ontario and there was a demand for more land. 3. The government wished to avoid the kind of land disputes that occurred in the U.S. when their west was settled (lawlessness, etc.).

17 Section System… The government needed a fast, efficient system to settle the west. The baseline was the 49th Parallel and survey lines were drawn on maps every 6 miles (10kms) parallel to the baseline. These were called township lines. North-south lines were surveyed and mapped every 6 miles to form long wide bands called ranges. The enclosed squares, called townships, are 36 miles square. These were subdivided into 36 one-square-mile blocks called sections. Each section was subdivided into quarter-sections.

18 < 1 mile squared (divided into 16 lots/farms) Township:
Section: < 1 mile squared (divided into 16 lots/farms) * It is important to note that this system was copied from the US south-west… as the climate/conditions in the Canadian Prairies is different farms/lots eventually consolidated to increase yields. Now, consolidation is reflective of agricultural technologies. Township: 36 miles squared >

20 On average grain elevators tended to be 13 miles apart along the railway lines.

21 An important component of rural settlement landscapes is the pattern of fields, a landscape feature that often contributes greatly to the character of a place.

23 Dispersed Rural Settlements:
Field patterns can be seen as spatial expressions of power relations: the enclosed field pattern reflected individual ownership This creates, however, social discontent – a sense of loss of place and personal and community identity.

24 Nucleated Rural Settlements:
The rural landscape has been dominated by nucleated settlements. Part of the reason was the basic human need to communicate and co-operate with others being with other people is important for (security, social life, religious activities, and the regular exchange of goods and services) * Even today, nucleation is favoured over dispersion. 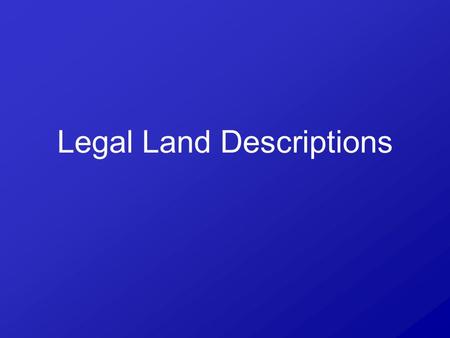 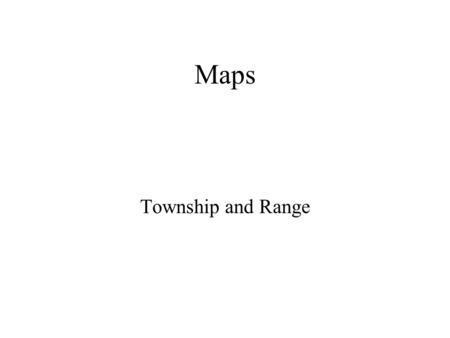 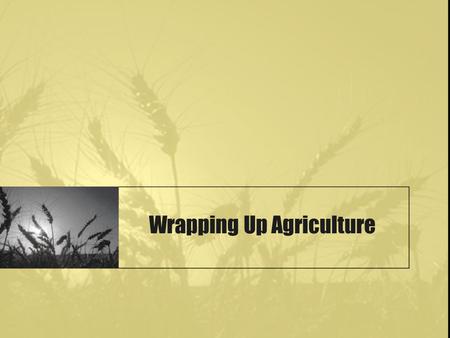 Wrapping Up Agriculture. Aim: How do land survey systems help us organize space? Do Now: Imagine you are riding in an airplane (window seat) travelling. 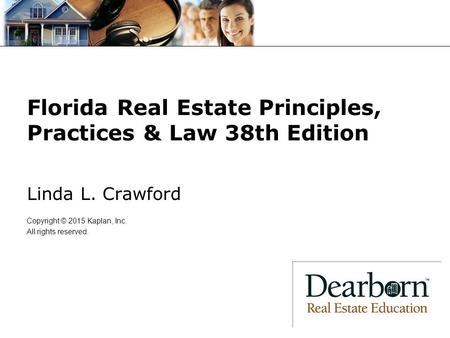 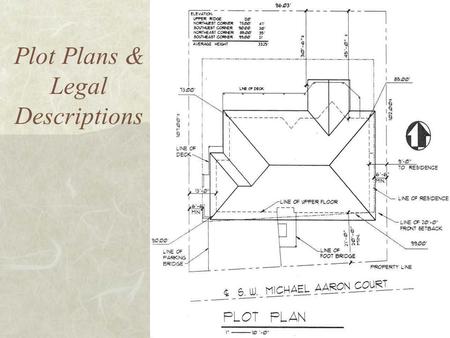 Plot Plans & Legal Descriptions. Site or Plot Plans  A plot or site is an area of land generally one lot or construction site in size  The term plot. 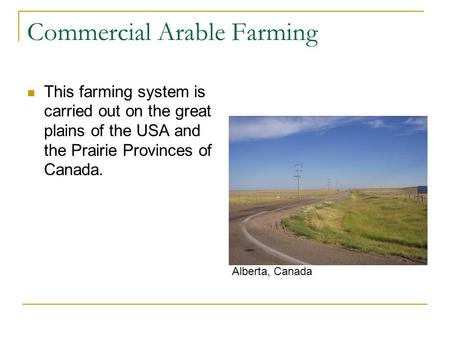 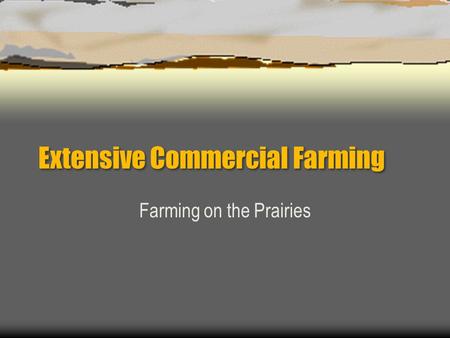 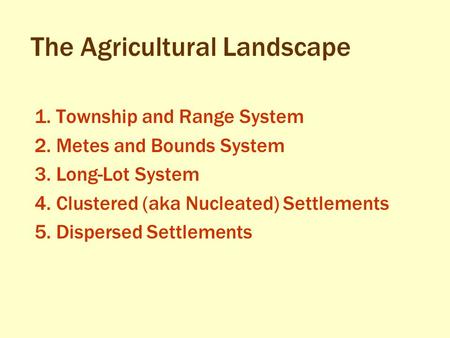