2 Some books attract the label “American novel” What do we mean when we say this? What characteristics would we expect of a novel of this label? The Scarlet Letter, Huck Finn, Grapes of Wrath, Catcher in the Rye, Slaughter House Five, On the Road, To Kill a Mockingbird

3 A Brief Sketch of the Man Francis Scott Key Fitzgerald: 1896 – 1940 Widely regarded as one of the twentieth century's greatest writers

5 College Years Entered Princeton University A poor student, Fitzgerald left Princeton to enlist in the US Army during World War I However, the war ended shortly after Fitzgerald's enlistment

6 Zelda Sayre Fitzgerald met Zelda Sayre and they were engaged in 1919 He was unable to convince Zelda that he would be able to support her, leading her to break off the engagement

7 Zelda continued… This Side of Paradise (1919) about the post- WWI generation His big break, publically and financially Zelda and Scott resumed their engagement Scott and Zelda were married in New York's St. Patrick's Cathedral Video game?

8 The Roaring 20 ’ s! The 1920s proved the most influential decade of Fitzgerald's development (Gatsby) Fitzgerald made several excursions to Europe, notably Paris and the French Riviera, and became friends with many members of the American expatriate community in Paris Ernest Hemingway

9 An Odd Couple… The marriage was mixed—both destructive and constructive Fitzgerald drew largely upon his wife's intense and flamboyant personality in his writings Argued and fought --- both drank --- she gets Schizophrenia There were other women after (and during?) Zelda

10 Tough Times Fitzgerald supplemented his income by writing short stories for such magazines “whoring myself” Fitzgerald had been an alcoholic since his college days, and became notorious during the 1920s for his extraordinarily heavy drinking, leaving him in poor health by the late 1930s

12 His Legacy His work, while popular for a time, was generally ignored by his death He died thinking he was a failure It wasn’t until after his death that he became extremely popular And it wasn't until a little after this that he became the legend he is today

17 Novel invites the reader to enter the Jazz Age: fast cars, wild parties, and shady business dealings Promotes discussion of values-glittering world of the Roaring Twenties as well as the artificiality and moral bankruptcy of the society Fitzgerald depicts Gatsby’s world is characterized by excessive opulence 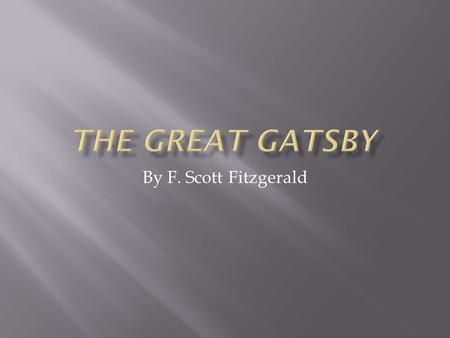 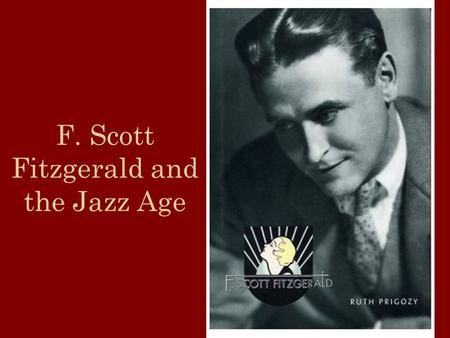 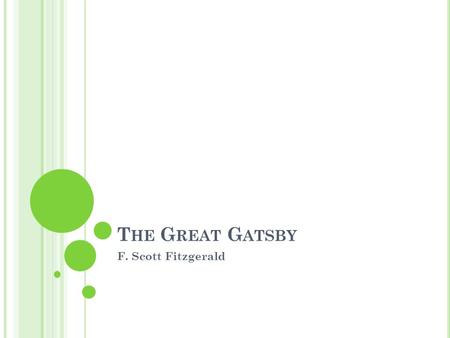 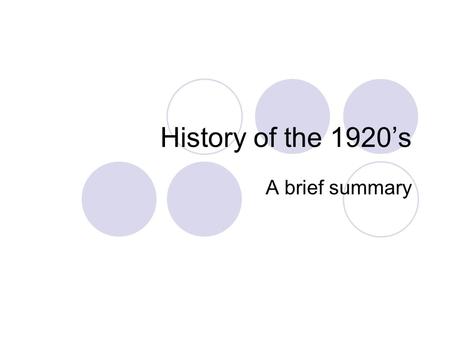 History of the 1920’s A brief summary. History of 1920’s Volstead Act: Jan. 16, Made the sale of a drink containing as much as one half-oz of alcohol. 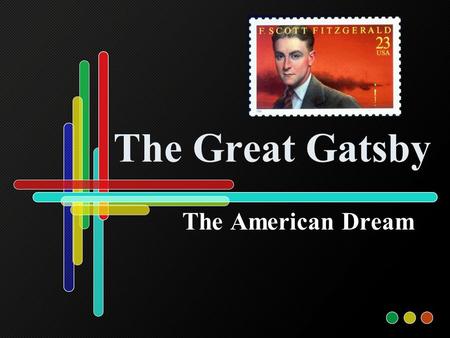 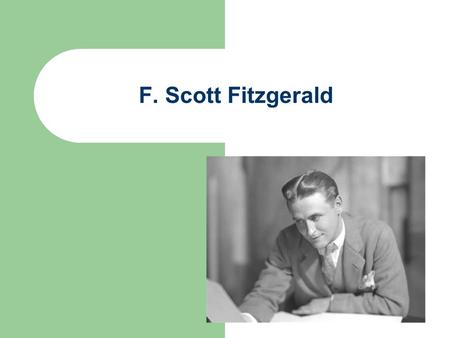 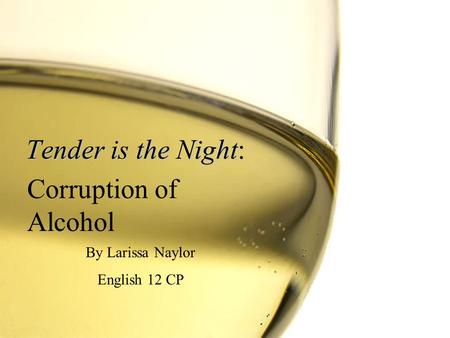 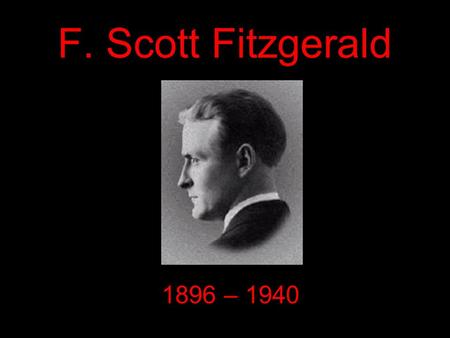 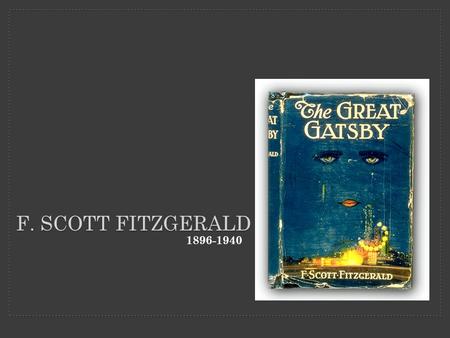 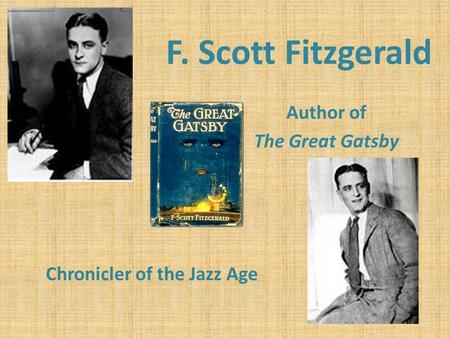 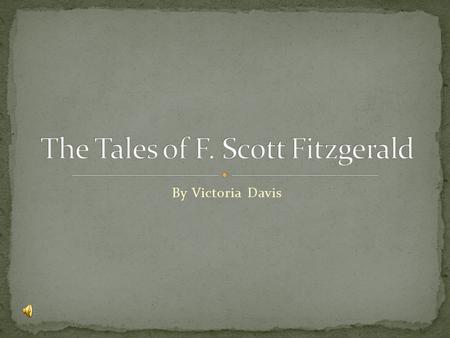 By Victoria Davis born in St Paul, Minnesota of mixed Southern and Irish descent. given three names after the writer of The Star Spangled Banner, 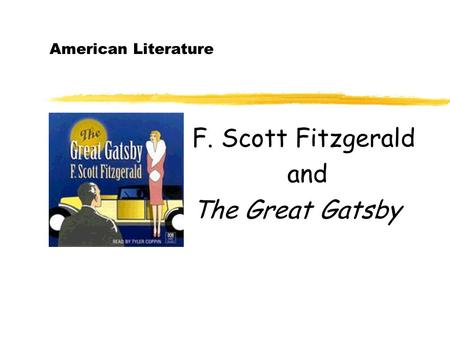 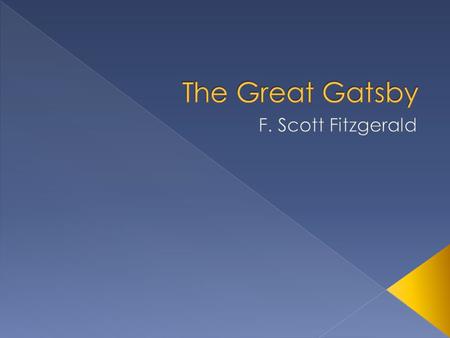