4 History Proposal 2004-119-B ( as amended by 2004- 119-B-1: O Limited academic year evaluations to: O Scholastic practices and competition; and O Regular scholastic activities involving student-athletes enrolled only at that institution.

5 History Allowed observations of nonscholastic events during the April contact period that are approved, sanctioned, sponsored or conducted by the applicable state or national high-school, preparatory school or two-year college association only on weekends during which national standardized tests are not administered.

8 September 20, 2012 Official Interpretation O The committee confirmed that a team made up of prospective student-athletes (e.g., home school or academy team) that is not organized or administered under the auspices of a scholastic governing body is considered a nonscholastic team. O (Interpretation is now archived.)

9 Under the Auspices of Scholastic Governing Body O Subject to the rules and regulations of the governing body, including any disciplinary action; and O Eligible for events, including championship events that are conducted by the governing body. O December 19, 2012 Educational Column

11 New Interpretation O The Legislative Council determined that a team compromised of PSAs that are formally affiliated with a specific secondary institution and includes only students who are enrolled full time at the specific secondary institution with which the team is formally affiliated is considered a scholastic team. A team that does not meet the abovementioned criteria may be scholastic only if the team is organized or administered under the auspices of a scholastic governing body and is eligible for events that are conducted by the governing body, including championship events.

12 New Interpretation O The revised interpretation allows: O Coaches to evaluate teams that are formally affiliated with secondary institutions; O Coaches are precluded from evaluating a team of PSAs that is not affiliated with a specific scholastic institution (e.g., team of home schooled PSAs) unless it is organized or administered under the auspices of a scholastic governing body and is eligible for events conducted by that body, including championship events.

13 New Interpretation O Coaches can evaluate nonscholastic teams in competition against scholastic teams or; O At an event that is conducted and administered under the auspices of a scholastic governing body that established eligibility requirements for such competition.

18 Proposal No. 2006-14 O Established QRSMTE. O Goal was to simplify the rules and process related to these events and provide flexibility in scheduling.

19 Bylaw 17.3.5.1.1 O Sponsored by the NCAA, an active or affiliated member or a member conference; O Must occur in the Commonwealth of the Bahamas, Canada, Mexico or the United States or one of its territories; O Maximum of four contests; O Must conclude 14 days after the first contest;

20 Bylaw 17.3.5.1.1 O Limit of one team per conference; O An institution may only participate in the same event once every four years; and O Each participating Division I institution must use 27 contests + 1 QRSMTE as its maximum contest limitation.

22 Case Study No. 1 O Five Division I teams. O Each team plays three contests at neutral site. O Within the 14-day window, Team A and Team B play a predetermined contest at a separate site.

23 Case Study No. 1 O May Team A and Team B count their contest toward the QRSMTE? O Yes, provided the contest is considered to be part of the event.

24 Case Study No. 1 O May Team A play a fourth contest against a team that did not compete at the neutral site and count the game toward the QRSMTE? O No. This contest must count toward one of Team A’s maximum contest limit.

26 Case Study No. 2 O May the contests against the Division II teams count toward the QRSMTE? O Yes, provided the contests are considered to be part of the event.

32 Case Study No. 3 O May Kennedy College participate in the Numbers Invitational during 2014-15? O Yes, provided the event has a different host and the event involves less than 50 percent of the same participants as the Alphabet Classic. O Host and participating institutions cannot be in the same conference as Kennedy College.

35 Other Issues O Current legislation was examined as part of the former Rules Working Group initiative and charge by the Board to review how basketball contests are counted. O In fall 2013,Legislative Initiatives Group and Championships/Sports Management Cabinet supported potential legislative action for a 31 contest limit.

36 Other Issues O Are there any plans to review and/or change the legislation? O Not at this time, due to governance review.

37 Other Issues O Do QRSMTE’s need to be approved or sanctioned by the NCAA national office. O No. The event host and participating institutions are responsible for ensuring events are conducted in accordance with the legislation. 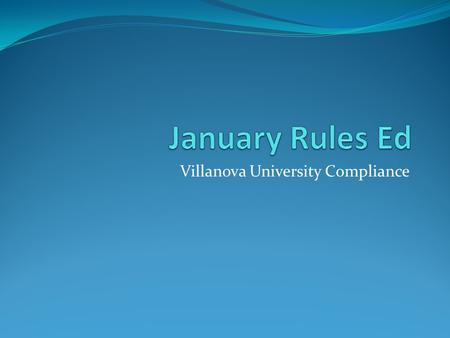 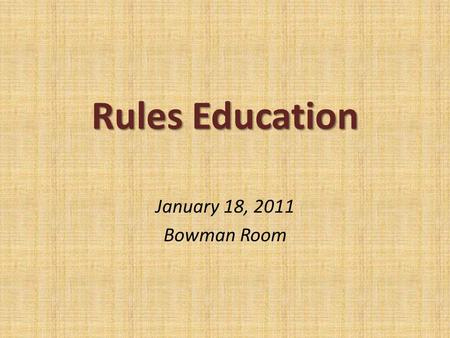 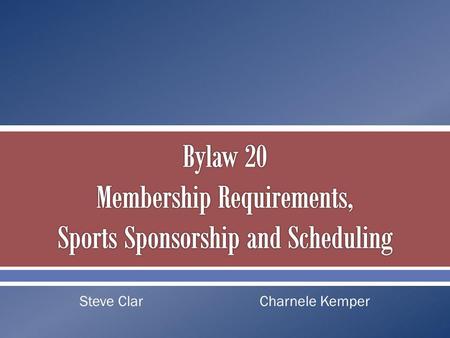 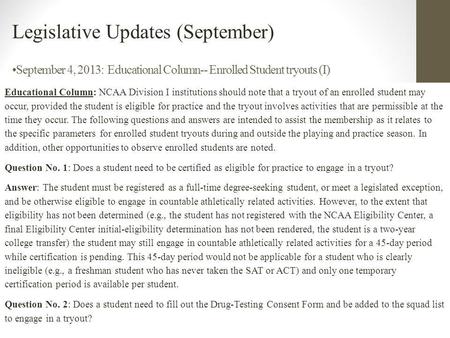 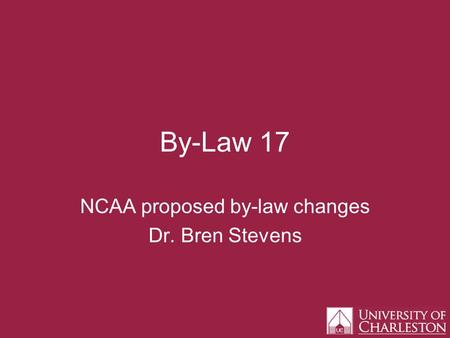 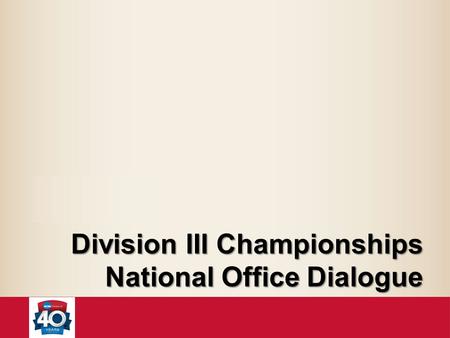 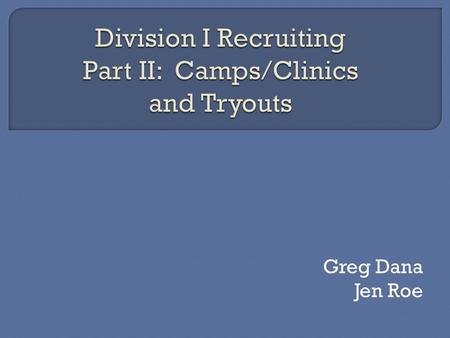 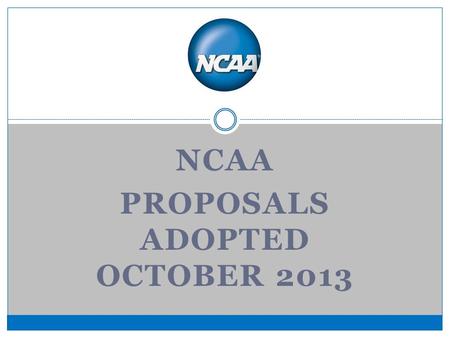 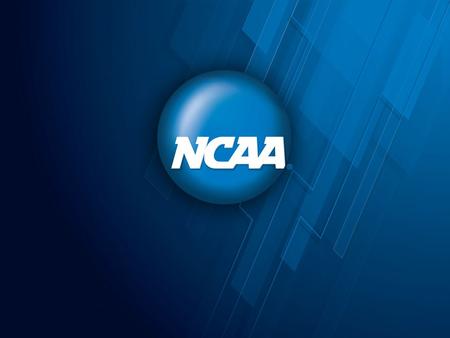 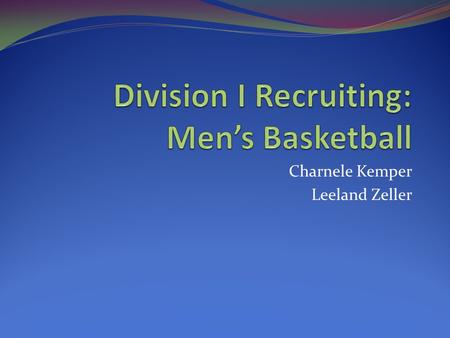 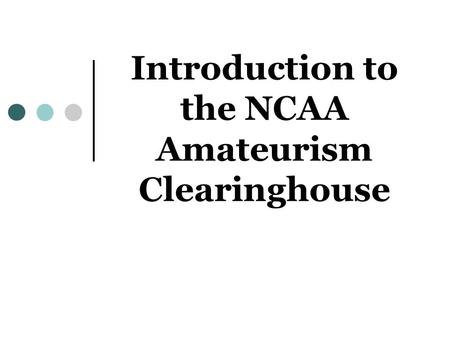 Introduction to the NCAA Amateurism Clearinghouse. 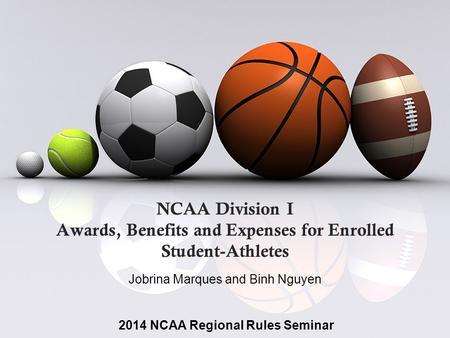 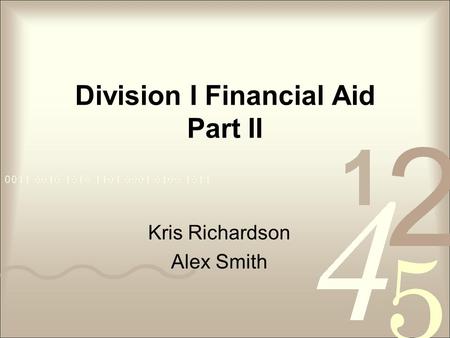 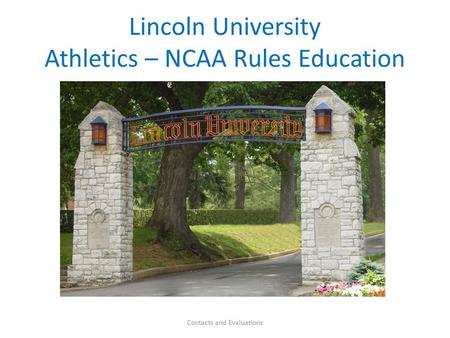 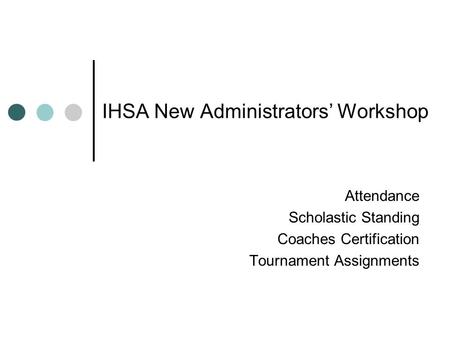 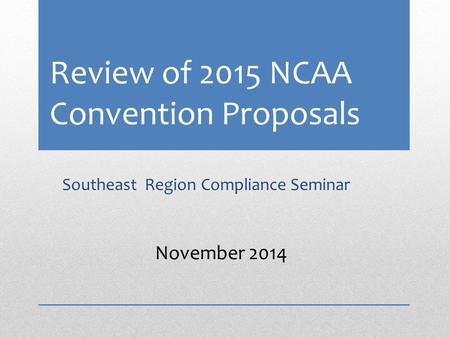 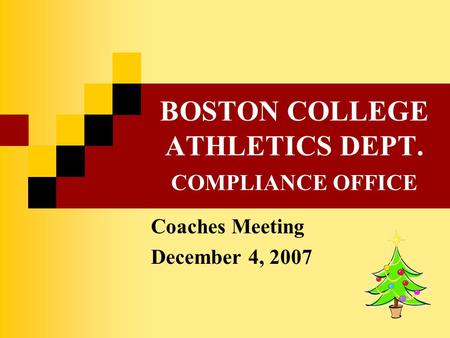 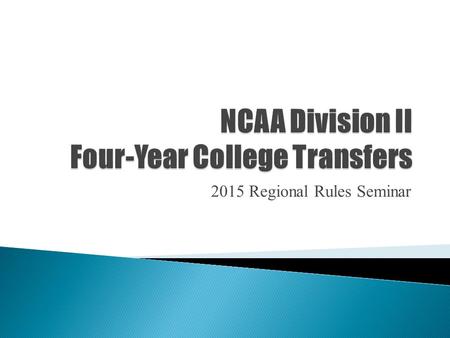 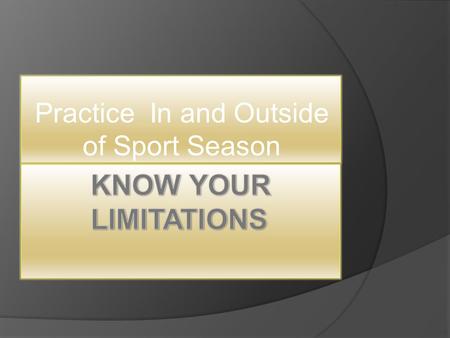 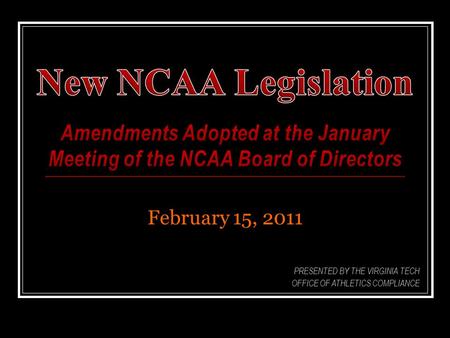 February 15, 2011 PRESENTED BY THE VIRGINIA TECH OFFICE OF ATHLETICS COMPLIANCE.