12 South Africa Zulus v. British over this territory
British used their superior guns and other advanced weapons to defeat the Zulus

15 Influence of European Nations
Europeans wanted an influence over the economic, political, and social lives of the people They were determined to shape the economies of the lands to benefit European economies Also wanted the people to adopt European customs

18 Methods of Management, cont.
Direct Europeans did not believe that Africans could rule themselves Paternalism- policy used by Europeans in which they governed people in a paternal way by providing for their needs but not giving them any rights Assimilation- policy where the native country would adopt the culture and customs of the European country

21 Indian Raw Materials Tea, indigo, coffee, cotton, jute, and opium
Traded opium to China and exchanged it for tea, which they then sold to England

22 Impact of Colonialism Negative- British held all of the political and economic power, with little concern for Indian natives Positive- India was able to modernize because of new technologies brought by the British

24 Sepoy Mutiny, cont. Rumors spread that the sepoys’ rifle cartridges were greased with beef and pork fat (Hindus and Muslims were outraged) Majority of sepoys refused to accept the cartridges and they were jailed by the British Soldiers rebelled and captured the city of Delhi Rebellion spread and it took over a year for the British East India Company to take back control 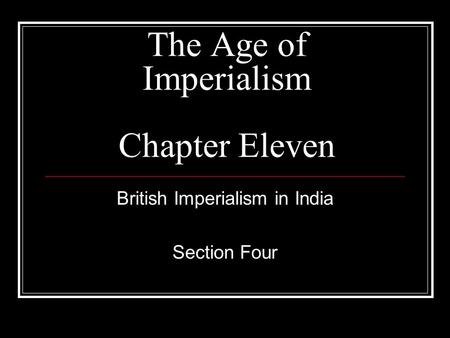 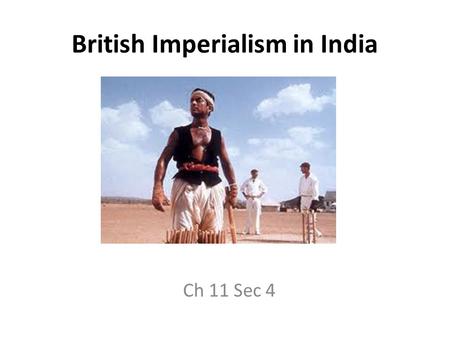 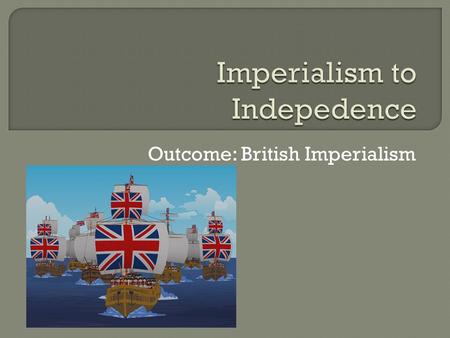 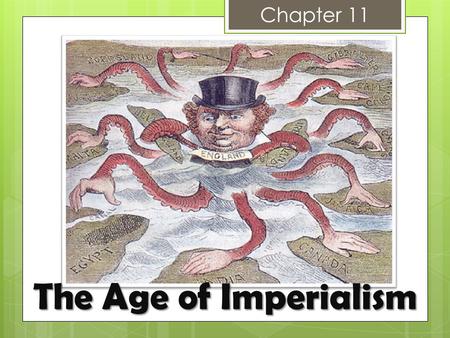 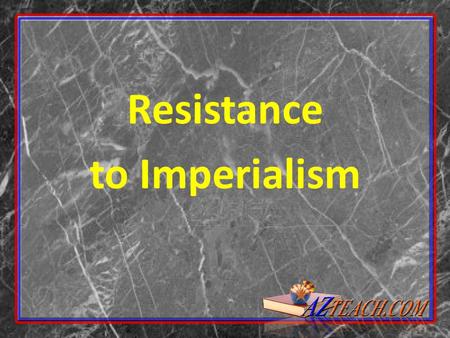 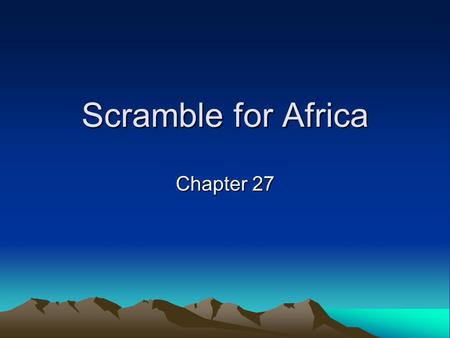 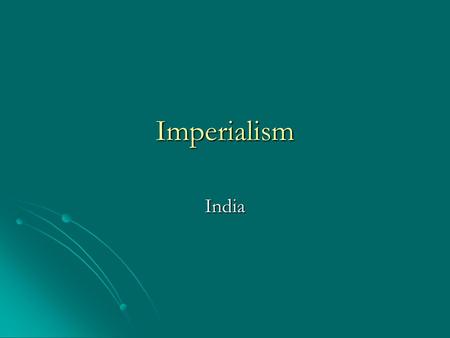 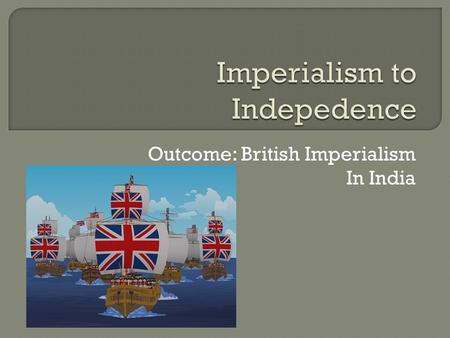 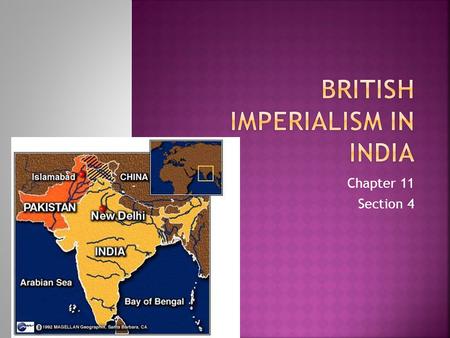 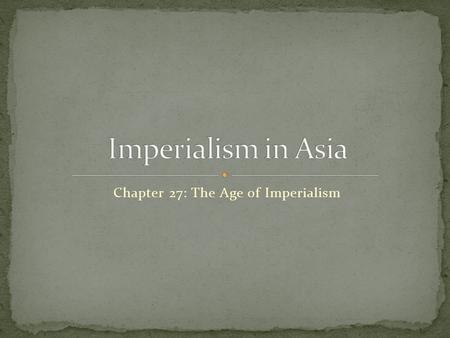 Chapter 27: The Age of Imperialism. What were some of the motives of Imperialism? What continent is India in? What is the geography of India? 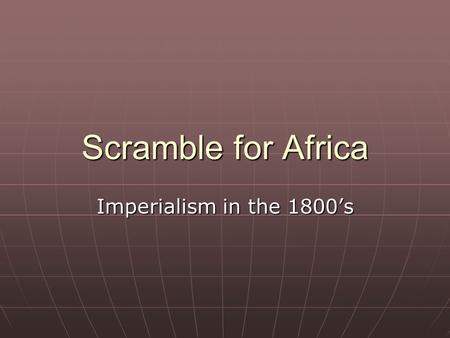 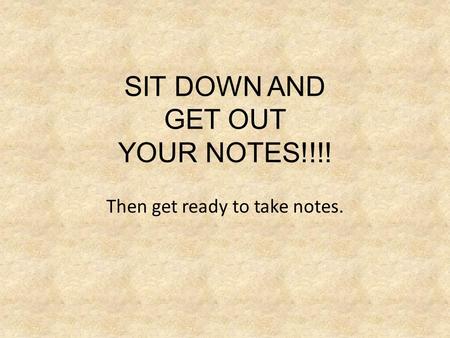 SIT DOWN AND GET OUT YOUR NOTES!!!! Then get ready to take notes. 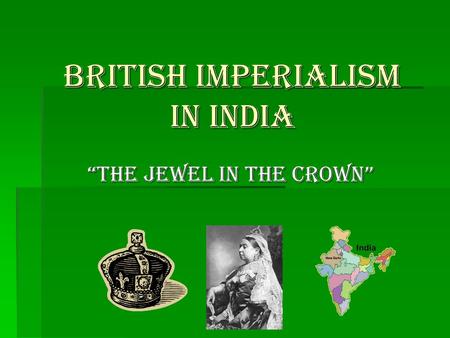