4 The primary difference between carburetors and fuel injection is that fuel injection atomizes the fuel by forcibly pumping it through a small nozzle under high pressure, while a carburetor relies on suction created by intake air accelerated through a Venturi tube to draw the fuel into the airstream. To more easily comply with emissions regulations, automobile manufacturers began installing fuel injection systems in more gasoline engines during the late 1970s. Since the early 1990s, almost all gasoline passenger cars sold in first world markets are equipped with electronic fuel injection (EFI). The carburetor remains in use in developing countries where vehicle emissions are unregulated and diagnostic and repair infrastructure is sparse. Fuel injection is gradually replacing carburetors in these nations too as they adopt emission regulations conceptually similar to those in force in Europe, Japan, Australia and North America. Source: http://en.wikipedia.org/wiki/Fuel_injection#Direct_injection

5 In order to meet stricter emissions requirements, catalytic converters were introduced. Very careful control of the air-to-fuel ratio was required for the catalytic converter to be effective. Oxygen sensors monitor the amount of oxygen in the exhaust, and the engine control unit (ECU) uses this information to adjust the air-to-fuel ratio in real-time. This is called closed loop control -- it was not feasible to achieve this control with carburetors. When you step on the gas pedal, the throttle valve opens up more, letting in more air. The engine control unit (ECU, the computer that controls all of the electronic components on your engine) "sees" the throttle valve open and increases the fuel rate in anticipation of more air entering the engine. It is important to increase the fuel rate as soon as the throttle valve opens; otherwise, when the gas pedal is first pressed, there may be a hesitation as some air reaches the cylinders without enough fuel in it. Sensors monitor the mass of air entering the engine, as well as the amount of oxygen in the exhaust. The ECU uses this information to fine-tune the fuel delivery so that the air-to-fuel ratio is just right.

7 These main areas of emissions are classified as evaporative, exhaust, and refueling losses. Evaporation of gasoline is a source of volatile organic compounds (VOC’s) comparable in magnitude to the exhaust VOC’s emissions. The four categories of evaporative volatile organic compounds emissions from motor vehicle fuel systems are: (1) diurnal emissions, (2) running losses, (3) hot soak emissions and (4) refueling. Diurnal emissions occur due to evaporation of gasoline, which increases as the temperature rises during the day, heating the fuel tank and venting its vapor. Running losses occur as the gasoline vapors are vented from the fuel tank while the automobile is operating and the fuel in the tank becomes hot. Hot soak emissions are released when the engine is turned off after operation and remains hot for a period of time after, which the gasoline continuing to evaporate until the engine reaches ambient temperatures.

12 Reformulated Gasoline (RFG) The cleaner burning gasoline is called reformulated gasoline or RFG. MTBE (methyl tertiary butyl ether, 甲基第三丁基 醚, CH 3 OC(CH 3 ) 3 ) and ethanol ( 乙醇,CH 3 CH 2 OH) are the two most commonly used oxygenates that increase oxygen content to gasoline for more complete combustion in engines. In some areas of the United States, ethanol is blended with gasoline to form an E10 blend (10% ethanol and 90% gasoline), but it can be used in higher concentrations such as E85 or E95.

13 MTBE Many chemicals in gasoline—including MTBE—can be harmful in water. MTBE is highly soluble and travels faster and farther in water than other gasoline components.

16 Diesel Engines Diesel PM consists of three primary constituents: unburned carbon particles, which make up the largest portion of the total PM; the soluble organic fraction (SOF), which consists of unburned hydrocarbons that have condensed into liquid droplets or have condensed onto unburned carbon particles; and sulfates, which result from oxidation of fuel-borne sulfur in the engine’s exhaust. Diesel engines have made great progress in lowering engine out emissions by improving diesel combustion and fuel systems. (electronic fuel systems, increasing fuel injection pressures) exhaust gas recirculation (EGR). Particulate filters, or traps. the diesel oxidation catalyst (DOC) 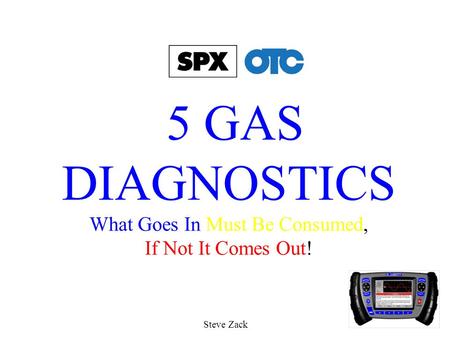 5 GAS DIAGNOSTICS What Goes In Must Be Consumed, If Not It Comes Out! Steve Zack. 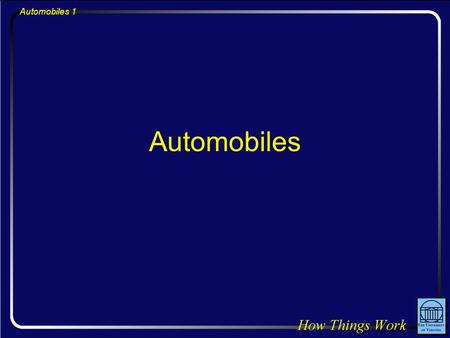 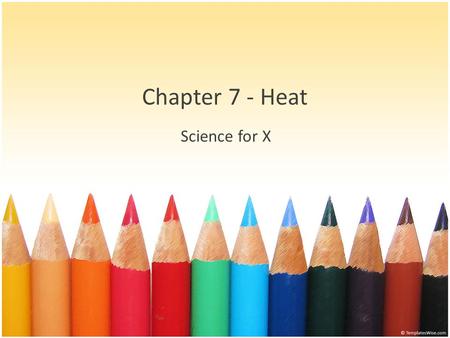 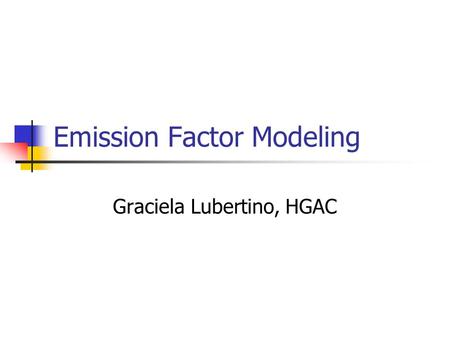 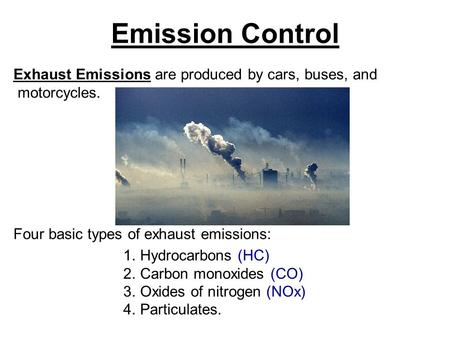 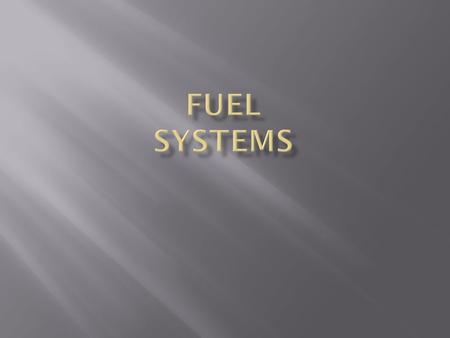 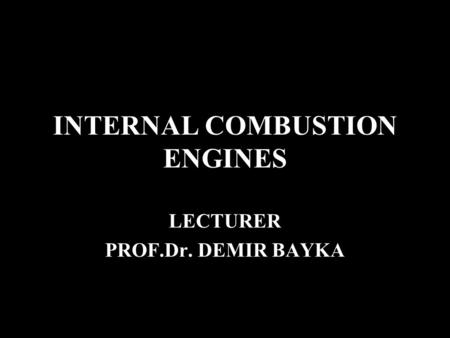 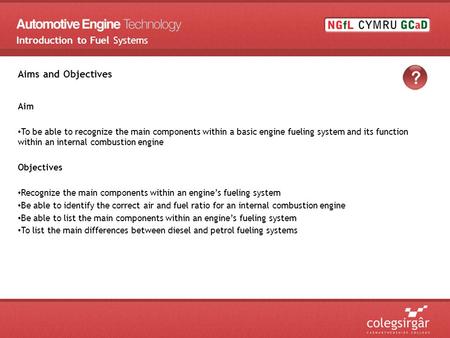 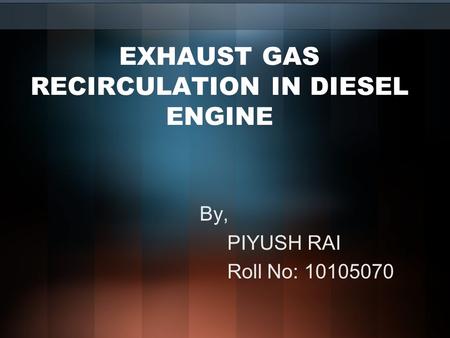 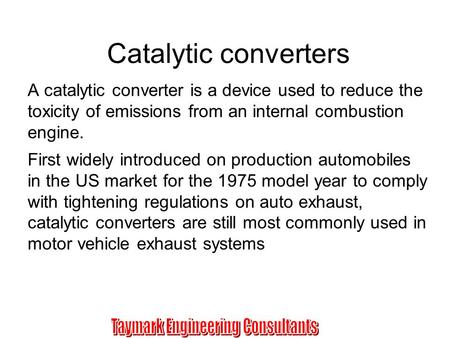 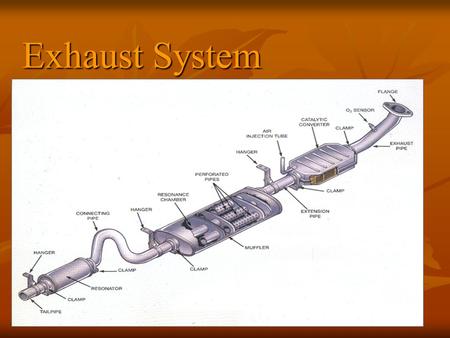 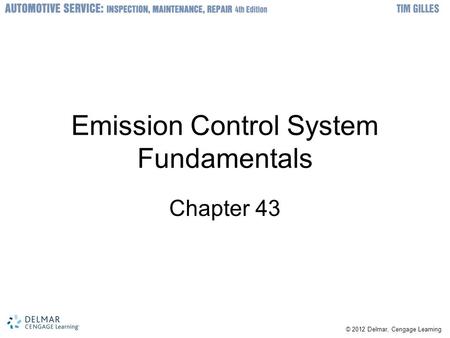 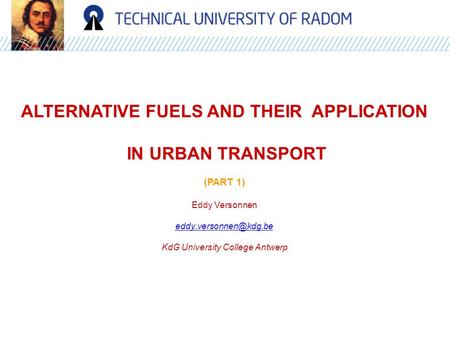 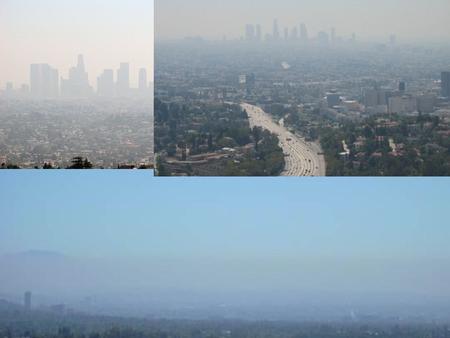 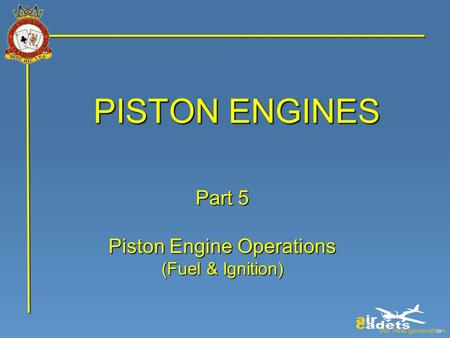 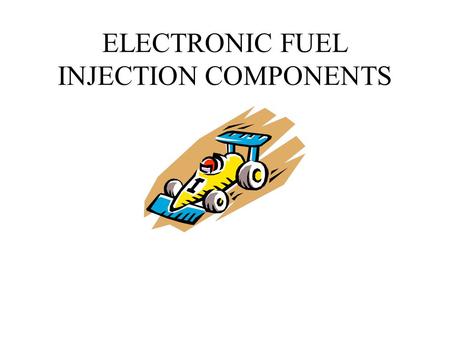 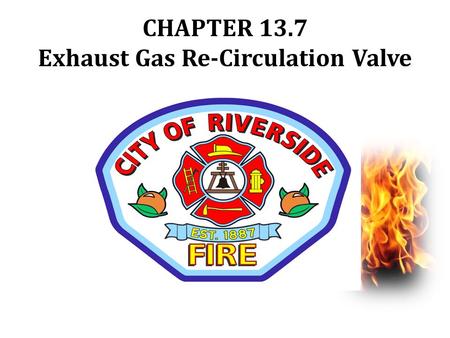 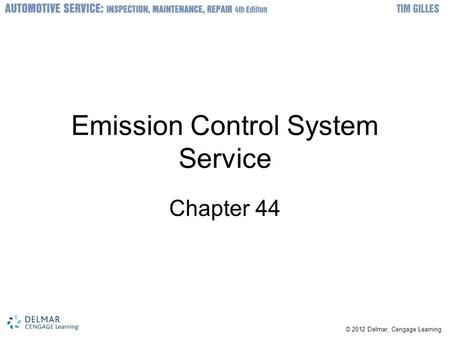