4 Title I-A, Census Poor Census Poor –The number of children age 5-17 from families below the poverty level on the basis of the most recent satisfactory data (each person or family is assigned one out of 48 possible poverty thresholds). USDE

11 HOLD-HARMLESS GUARANTEE (at USDE Level) All 4 formulas provide for a variable hold- harmless guarantee for each LEA of 85%, 90%, and 95% of their previous year’s allocation The hold-harmless percentage depends on the percent of formula children for each LEA For Basic, Targeted, and EFIG, an LEA must meet the eligibility criteria in order for hold- harmless protection to apply For Concentration Grants, the hold-harmless provision applies to an LEA for four years even if it no longer meets the 15% eligibility criteria USDE

14 HOLD-HARMLESS GUARANTEE (at PDE Level) Variable hold-harmless guarantee for each LEA of 85%, 90%, or 95% based on the Total of their previous year’s state-determined allocation The hold-harmless percentage depends on the percent of formula children for each LEA PDE method helps lessen the degree of severity of abrupt losses in Targeted and EFIG funds in a single year that are not held- harmless at the USDE level PDE

18 Title II, Part A Nonpublic Intermediate Units Receive $$$ for Nonpublic Programs HH at 2001-02 Amount May Be Eligible for Additional $$$ From Public School Districts –Based on $ Spent on Professional Development –E-grants Calculates Additional Funds—If Any PDE 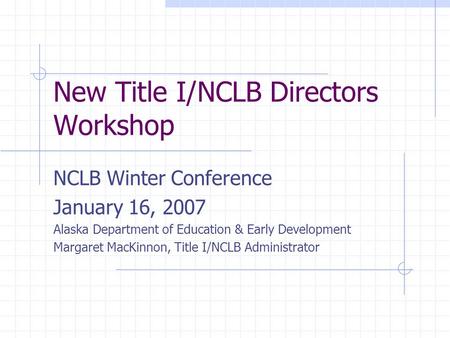 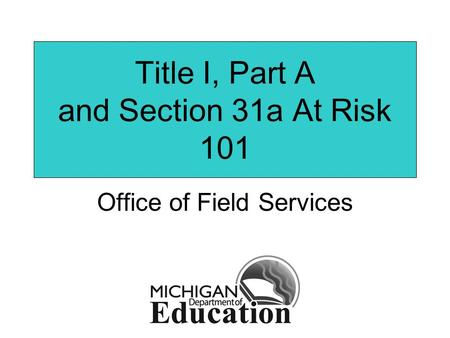 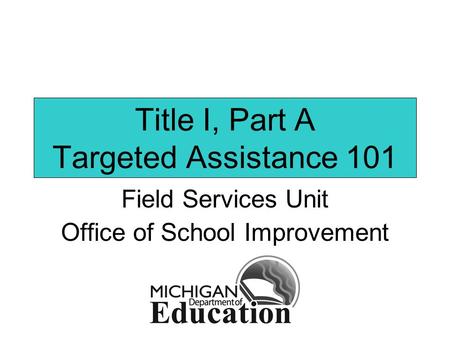 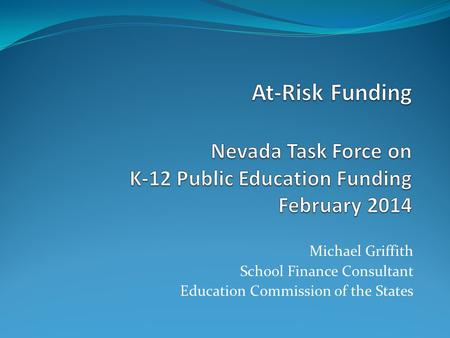 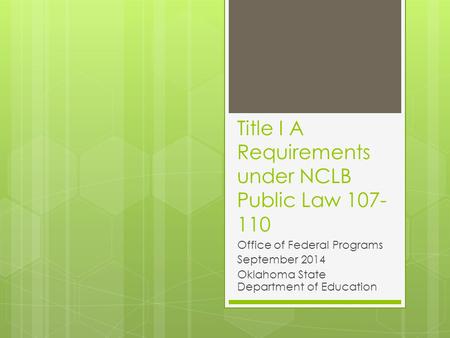 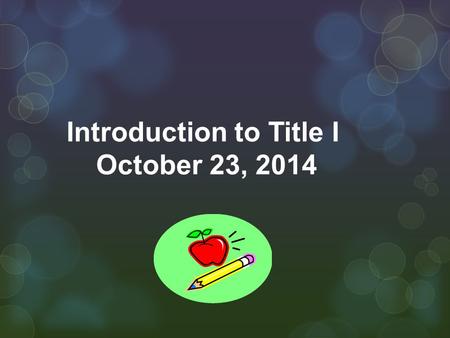 Introduction to Title I October 23, No Child Left Behind (NCLB) January 2001 Re-authorization of the Elementary and Secondary Education Act (ESEA) 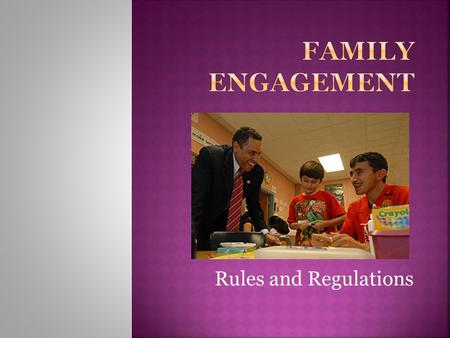 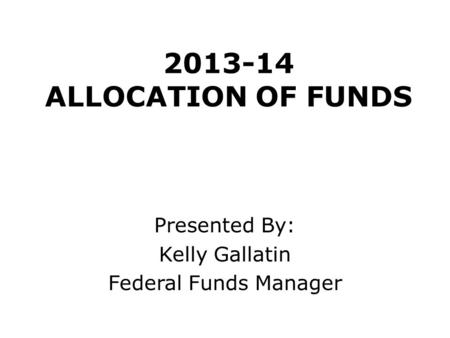 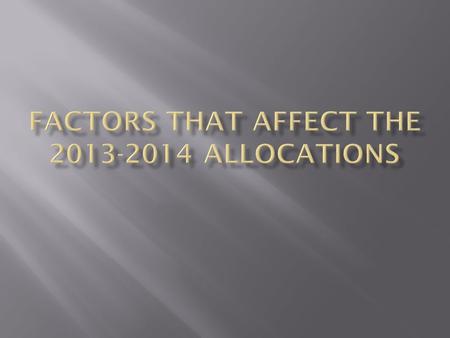 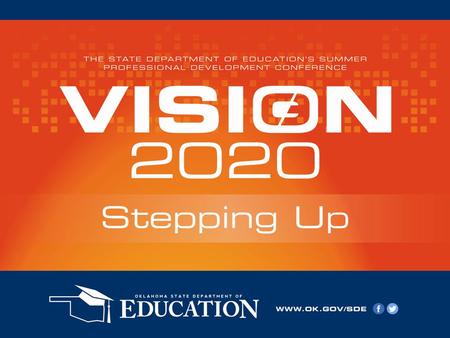 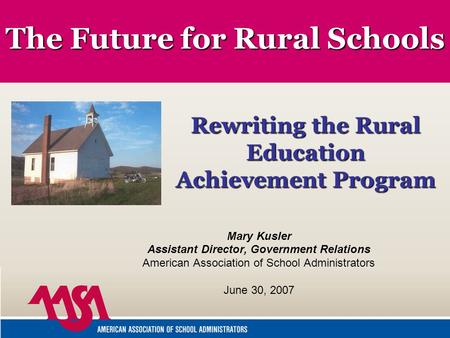 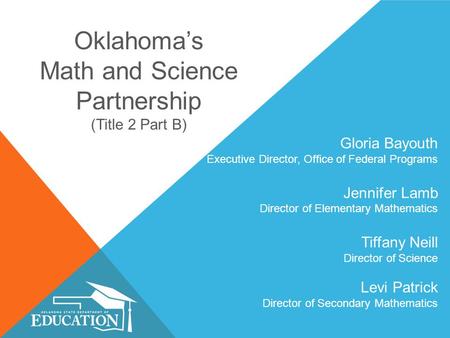 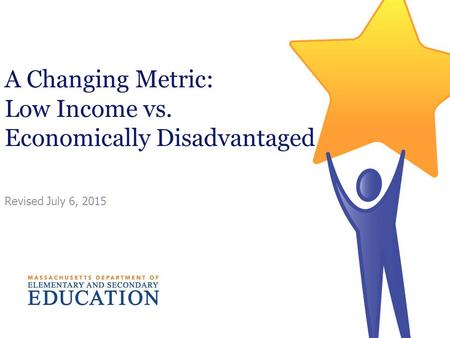 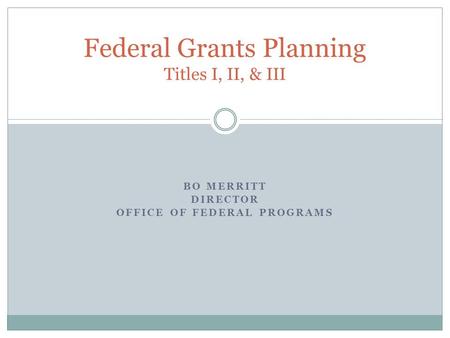 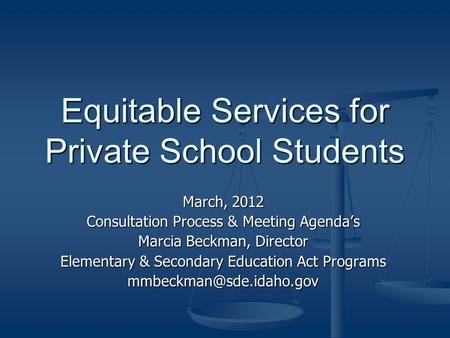 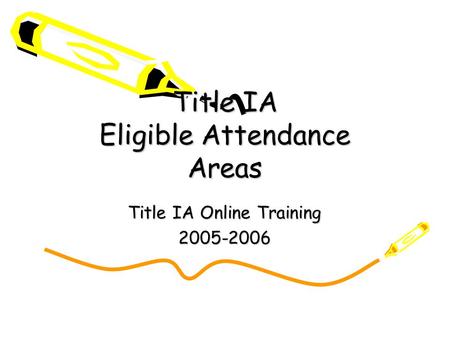 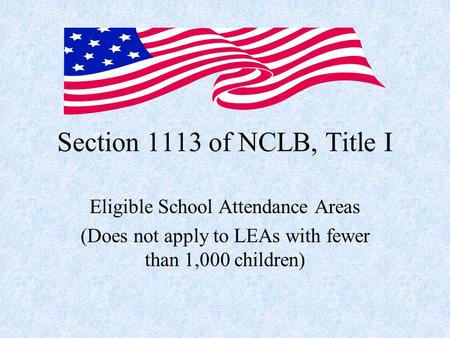 Section 1113 of NCLB, Title I Eligible School Attendance Areas (Does not apply to LEAs with fewer than 1,000 children) 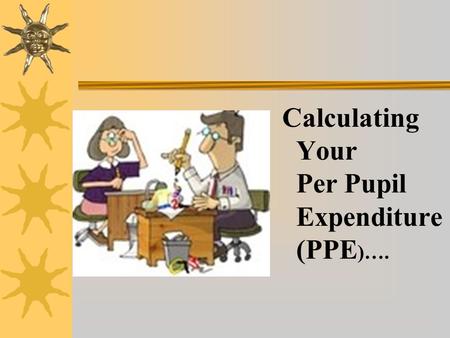 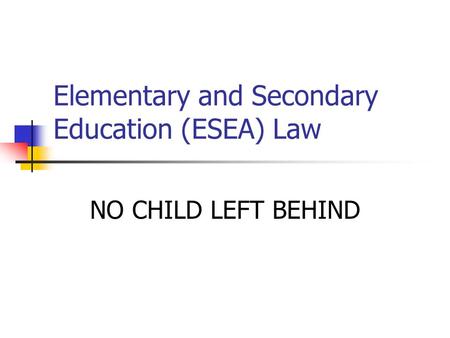 Elementary and Secondary Education (ESEA) Law NO CHILD LEFT BEHIND. 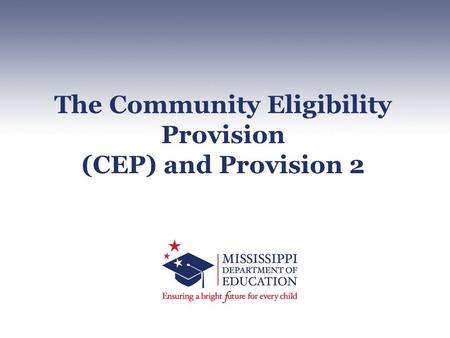