3  For trade reasons, Westerners wanted to control the Mississippi River, which meant controlling New Orleans at its mouth.  Jefferson offered to buy New Orleans from Napoleon, the French emperor  Napoleon offered the entire Louisiana Territory instead – he needed lots of money to fight the British WHY DID WE BUY IT?

4  The Territory included all or part of 15 states (including Louisiana and Texas)  The Purchase began the process of America’s westward expansion  Jefferson got involved in the British and French wars, by providing money to France IN THE END…

5  Most of the Louisiana Territory was relatively unknown to Americans.  Jefferson assigns Captain Meriwether Lewis to explore the Territory.  Lewis chooses his friend William Clark to co- captain the so-called “Corps of Discovery”, more commonly known as the… SO NOW WHAT? Capt. Meriwether Lewis

7 THE EXPEDITION  Nobody in America knew much about the newly purchased Louisiana Territory  Eager to discover exactly what lay in the lands he had bought, President Jefferson authorized an exploring expedition, led by Meriwether Lewis and William Clark

8 THE TRIP  Lewis & Clark left St. Louis in May of 1804 with about 40 men (including one slave) and a dog.  They moved slowly up the Missouri River, and stopped for the winter with the Mandan Indians in what is now North Dakota.  They hired a French-Canadian trapper and his Indian wife, Sacagawea to guide them  After crossing the Rocky Mountains, they reached the Pacific Ocean in November of 1805

9 SACAGAWEA  Sacagawea was important to the success of the expedition.  She acted as both interpreter and guide.  Maybe even more important, the presence of a woman and her young child showed other Indians that the expedition was not a war party.

11 THE RETURN  The return trip was much faster – traveling downstream and over land they had already mapped  The expedition returned to St. Louis in 1806, after two years of exploration  Lewis and Clark were national heroes  Only one person died on the expedition. He had appendicitis and the infection killed him. 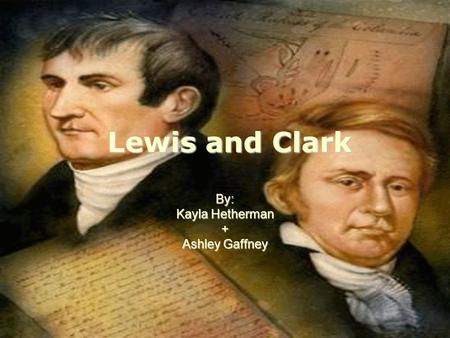 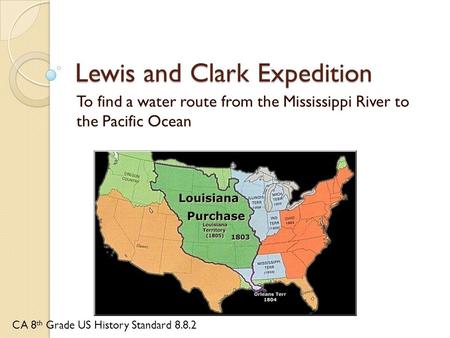 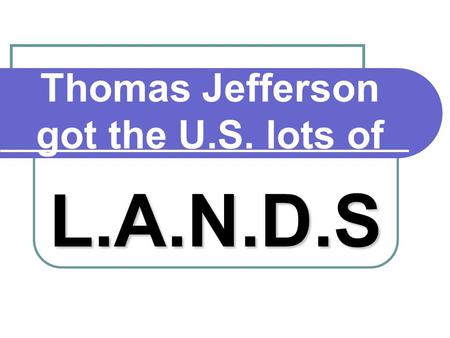 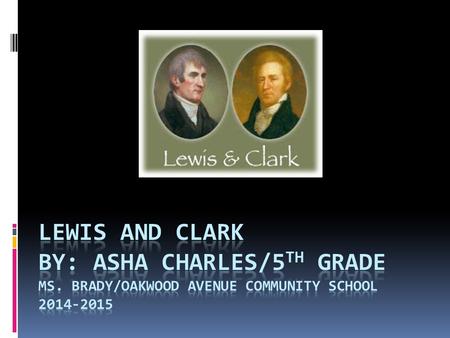 Introduction: Have you ever heard about William Clark and Meriwether Lewis? If you didn’t you got a lot of new information coming to you. First, Meriwether. 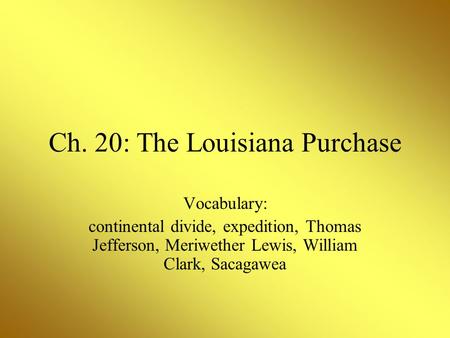 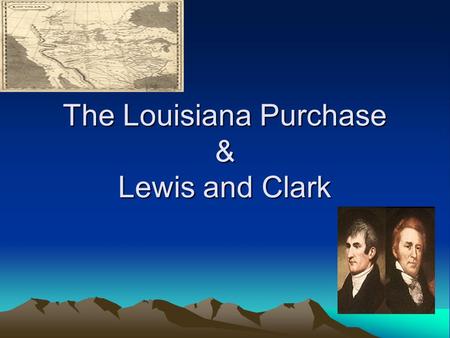