Exploring Prior Learning Assessment and Individual Learner Outcomes – Findings from a New CAEL Study N ational Institute on the Assessment of Adult Learning.

5 Who Participated 48 postsecondary institutions that: serve many adult learners offered PLA credit earning options between 2001 and 2008

6 The 48 Institutions  41 four-year, 7 two-year  22 public, 24 private not-for-profit, 2 private for-profit  Range in size from under 1,000 students to more than 20,000  From all regions in the US, with heaviest representation from Mid East, Great Lakes, Plains and Southeast  46 US institutions, 2 Canadian

10 Top Reasons for Offering PLA  To provide a time-saving avenue for degree completion, 92%  To fulfill our mission to serve adult learners, 92%  To encourage greater student persistence towards a degree, 90%  To recognize the value of learning that happens outside of the classroom, 88%  To provide a cost-effective avenue for degree completion, 85%  To remove barriers to education, 83%  To offer a way for students to avoid class work that would be redundant, 73%

12 PLA Students by Size of Institution

13 PLA Students by Level of Institution

14 PLA Students by Control of Institution

23 What We Now Can Say Evidence shows that PLA students, on average, have higher rates of degree earning than do non-PLA students. This is true at institutions of all sizes, levels and controls.

37 Do Institutional Policies Matter? The greater the flexibility the student has for using the PLA credit, the better the academic outcomes.

40 Demographics: Gender Both male and female students showed similar patterns of degree-earning, with PLA students of both genders earning degrees at a rate that was almost three times higher than the rate of non-PLA students.

44 Demographics: Race/Ethnicity  For time to degree, we had sufficient data to analyze only black, Hispanic and white students at the bachelor’s level.  Decreases in average time to degree were apparent for all three PLA subgroups.  Black PLA students showed the most dramatic decreases in time to degree. 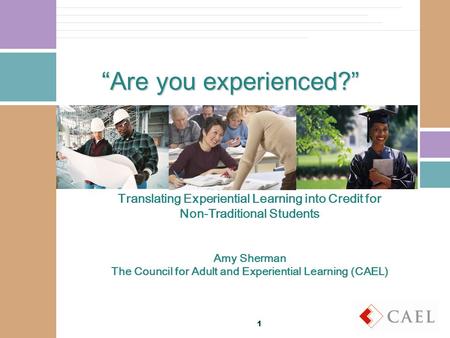 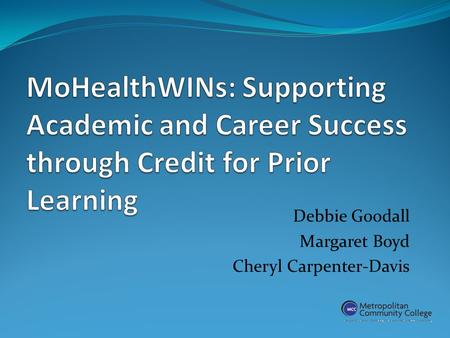 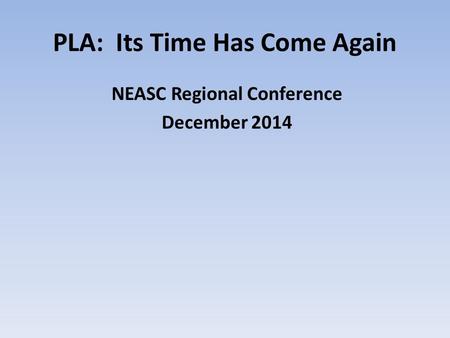 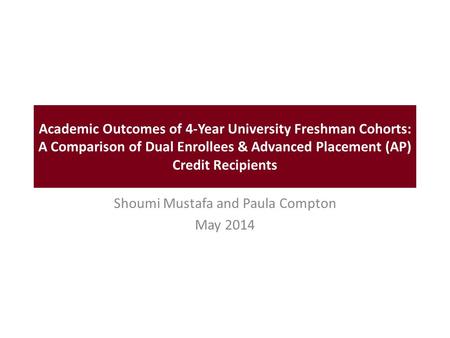 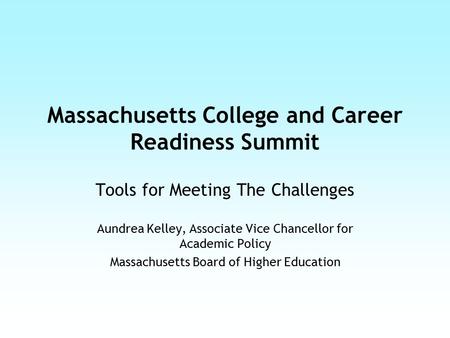 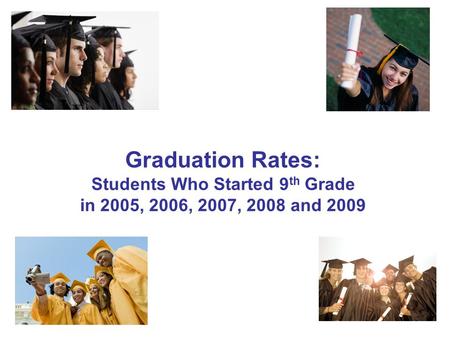 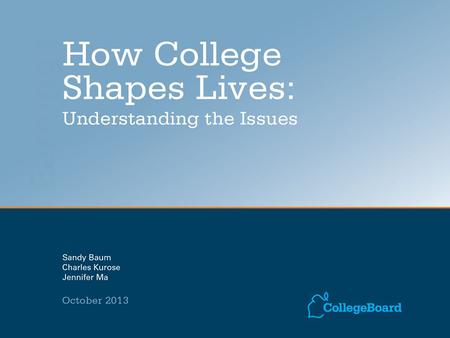 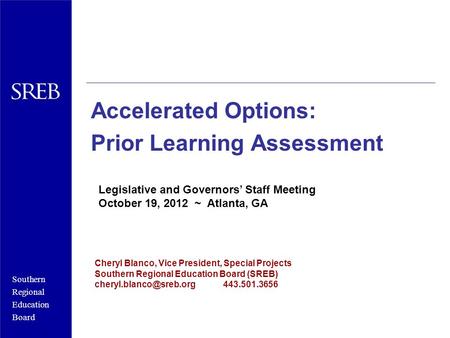 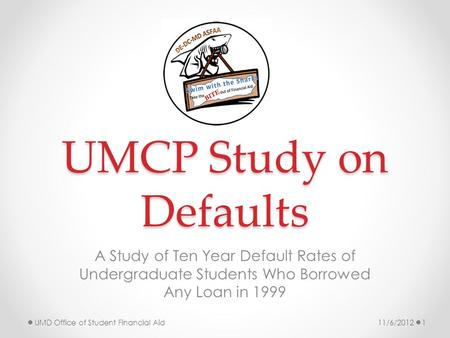 UMCP Study on Defaults A Study of Ten Year Default Rates of Undergraduate Students Who Borrowed Any Loan in /6/2012UMD Office of Student Financial. 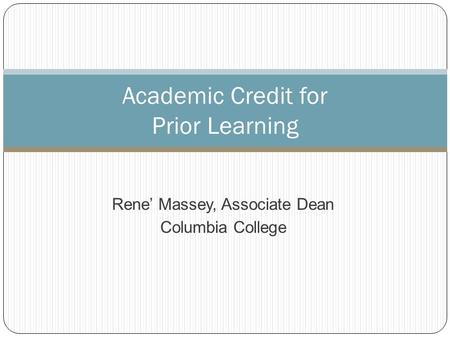 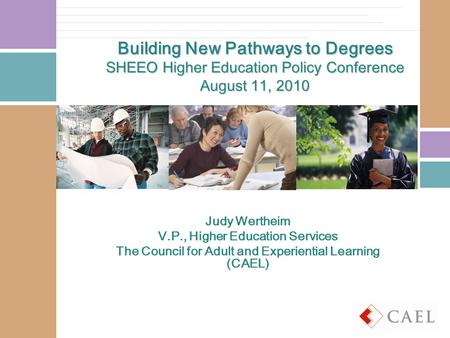 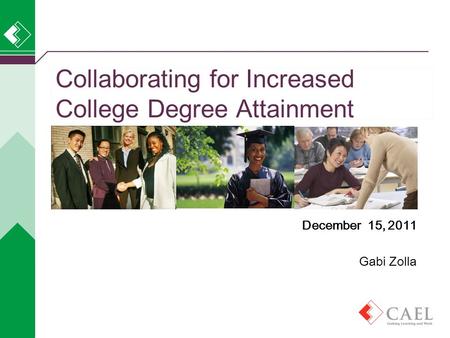 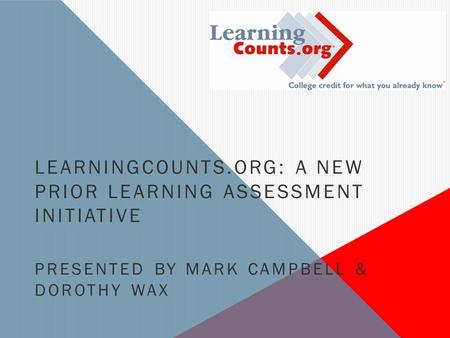 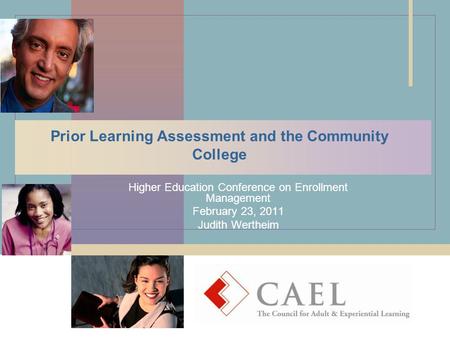 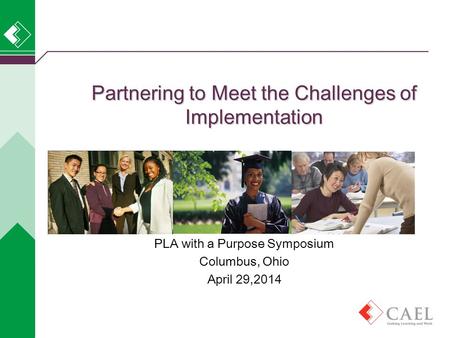 PLA with a Purpose Symposium Columbus, Ohio April 29,2014 Partnering to Meet the Challenges of Implementation. 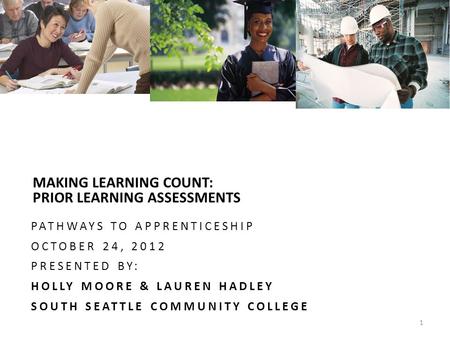 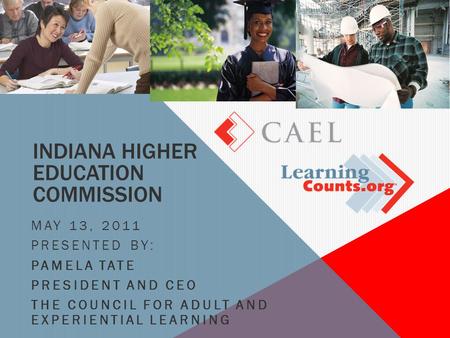 INDIANA HIGHER EDUCATION COMMISSION MAY 13, 2011 PRESENTED BY: PAMELA TATE PRESIDENT AND CEO THE COUNCIL FOR ADULT AND EXPERIENTIAL LEARNING. 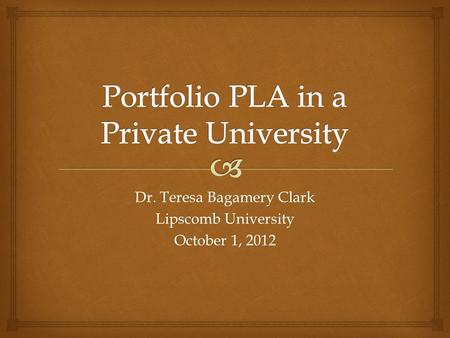 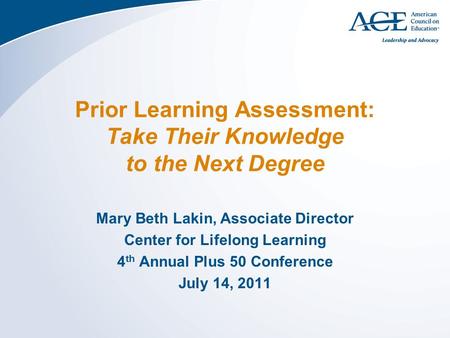 Prior Learning Assessment: Take Their Knowledge to the Next Degree Mary Beth Lakin, Associate Director Center for Lifelong Learning 4 th Annual Plus 50. 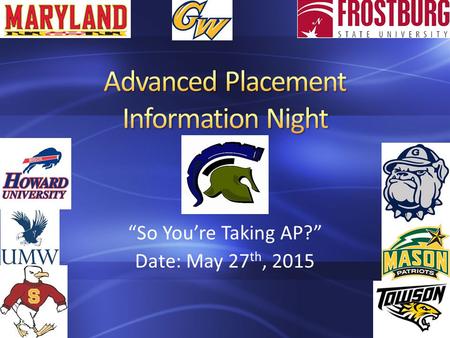