2 Two main issues dealing with Human Population:
Population distribution- is the location and density of population Population growth rate- is how population changes

6 Characteristics of Human Population-( factors used to help define population or a place’s population): d. life expectancy- how long a person is expected to live e. infant mortality- number of children per 1,000 who die before reaching the age of 1 f. urban/rural- tells how many people live in the cities and how many do not

7 Characteristics of Human Population-( factors used to help define population or a place’s population): g. GDP- is the measure of a countries total value of products, goods and services produced by a country in any given year h. Ethnicity- a person’s race, people may have blended backgrounds i. Language- a person’s native language j. Religion- they may or may not practice a religion k. Education- a person’s level of education (high school, college, none)

8 Factors that influence population distribution: (where people live)
a. Natural resources- like arable land, oil and water b. Climate- hot/cold, wet/dry c. Economic development- like job opportunities d. Government policy- like restrictions on where people can live or taxes

10 Factors that influence growth rates
Modern medicine and hygiene- can increase a person’s life span Education- Industrialization- manufacturing businesses that provide services Urbanization- the movement of rural people in to the cities, about ½ of the worlds people live in cities Overurbanization- when a city’s jobs are exhausted and neighborhoods over crowd with unemployed people

11 Factors that influence growth rates
e. Economic development- how do people live? how do they make a living? what do they have money to buy? f. Government Policy- population control China’s one child policy- males are more valued so often female babies are killed or abandoned infanticide- killing of an infant or baby India has voluntary population restrictions Religions like Catholics, Hindus and Muslims do not believe in controlling birth rates g. Role of Women in society- male children are more highly valued, resulting in a shortage of females world wide

13 Human Migration Regions change over time due to migration or large scale movements of people from place to another. There are two basic reasons for migration To find better living conditions in a more ideal location They are driven out by factors that are seen as “bad”

20 Evidence of Cultural Interaction
• Diffusion of U.S. culture to other regions diffusion is the inclusion of migrants languages, religions and customs into the new their new home US blends cultures from Native- American, African, European, Latin America and Asia into its culture

21 Evidence of Cultural Interaction
• Popularization of other cultures’ traditions in the United States Globalization- the worldwide spread of ideas and practices in the US, things like MTV, Hollywood movies and McDonalds are known world wide

24 Major Migrations: 1. Urbanization- the movement of people into the cities in search of jobs, can find this in China, Tokyo, Jakarta, Rio, Lagos and Bombay 2. The migration of Hispanics into the US people from Mexico and Latin American countries moving across the border between Mexico and the US in search of jobs, usually to send money home to their families 3. Guest workers- people who migrate so that they can temporarily work in another country

25 Major Migrations: 4. Nature:
a. In the US in the 1930’s there was very little rain and high winds, it resulted in a “dust bowl” and a massive migration of farmers in search of arable lands b. In the 1840’s and 1850’s you have migration from the east coast to the west in search of gold.

26 Major Migrations: 5. Wars have resulted in migration a. Vietnam war- millions left Vietnam, Cambodia and Laos b. Africa- Rwanda- mass genocide and war forced people out, as well as other parts of Africa going through civil wars c. Israel and Palestine- massive migrations due to war and religious conflicts between Christians, Muslims and Jews 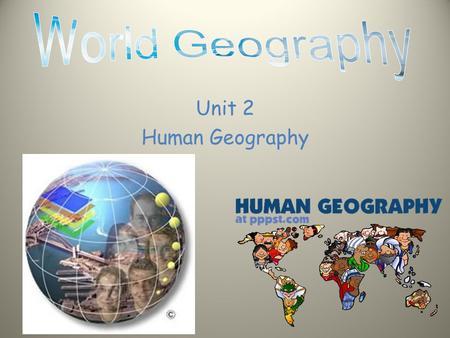 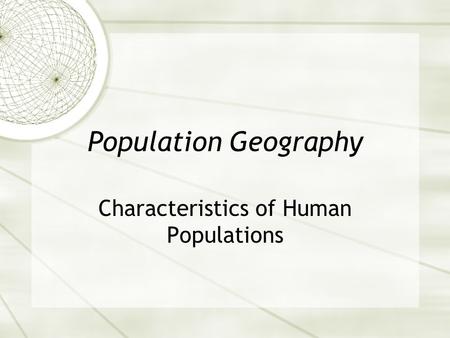 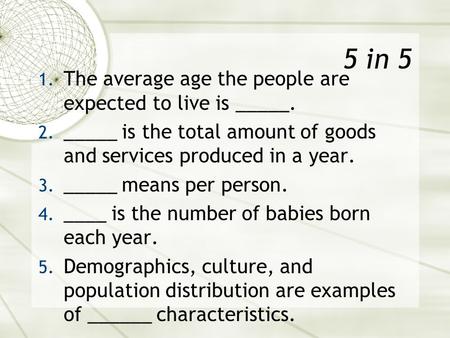 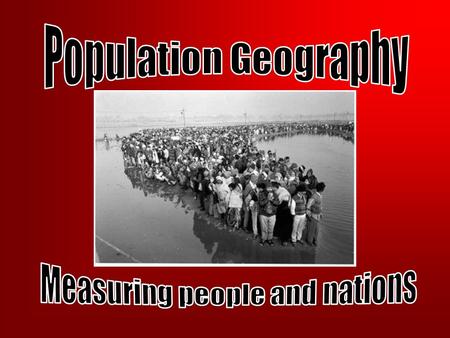 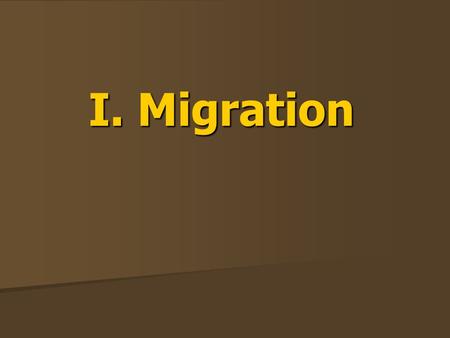 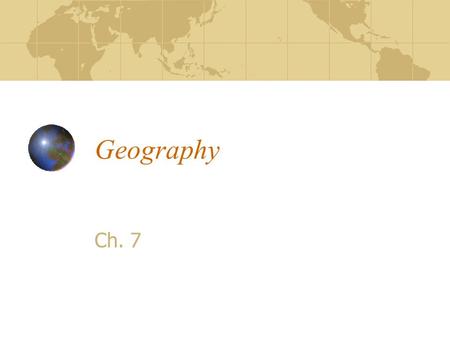 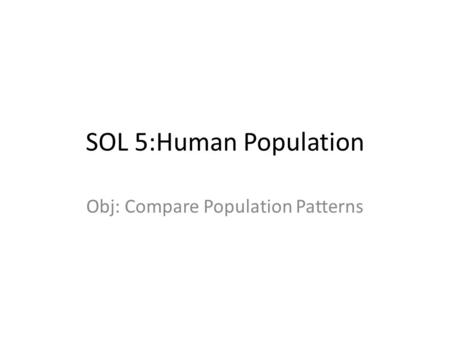