4 AHG Technique: What is the importance?
Some very clinically significant unexpected antibodies (eg. Kidd, Duffy) attach to red cell but do NOT cause agglutination at immediate spin or 37o phase. Yet, these antibodies are capable of causing severe hemolytic transfusion reactions or hemolytic disease of the newborn.

7 Reagent Preparation Polyclonal or monoclonal sources
Polyclonal - Animals immunized with human globulins (IgG & complement (C3); bled for antisera to obtain high titered Monoclonal - Hybridoma cells To produce monoclonal antibodies, B-cells are removed from the spleen of an animal that has been challenged with the relevant antigen. These B-cells are then fused with myeloma tumor cells that can grow indefinitely in culture (myeloma is a B-cell cancer). This fusion is performed by making the cell membranes more permeable

10 Direct Antiglobulin Test
Detects in vivo sensitization of RBCs The DAT is used to detect IgG or C3 bound to the surface of the red cell. In patients with hemolysis, the DAT is useful in determining whether there is an Immune etiology OR Non-immune etiology of hemolysis

14 Indirect Antiglobulin Test (IAT)
Detection of in vitro sensitization of RBCs Most clinically significant alloantibodies are IgG antibodies that react best at 37oC and are formed as a result of previous exposure via transfusion or pregnancy. Examples include antibodies to Rh, Kell, Kidd, and Duffy red cell antigens. Same as DAT, except: Step 1 entails incubating RBCs (reagent or unknown) with antisera (reagent or unknown) allowing time for in vitro attachment of Abs to RBCs

19 Modification of RBCs RBCs used in the IAT can be treated with enzymes
This increases sensitivity of test for detection of certain auto & allo-antibodies including Rhesus & Kidd Enzyme treatment destroy certain Abs including M, N, S & Duffy 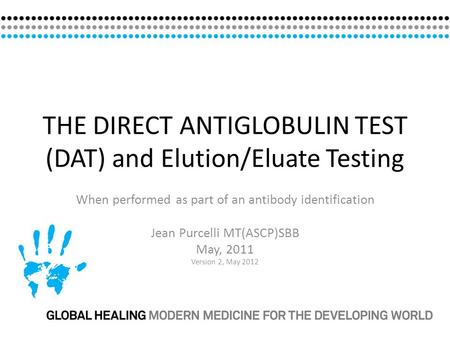 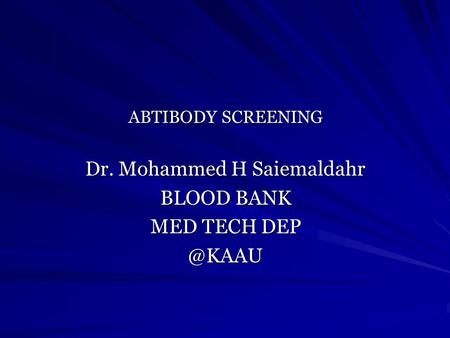 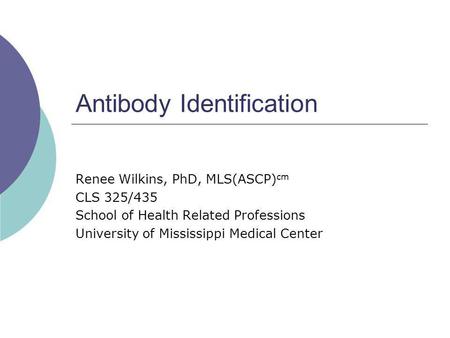 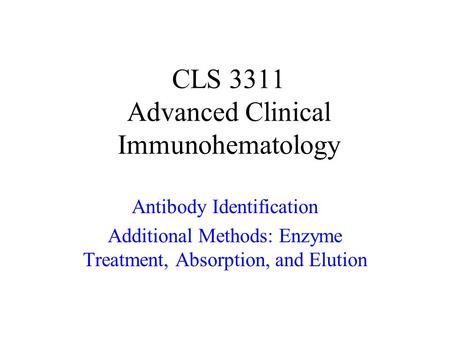 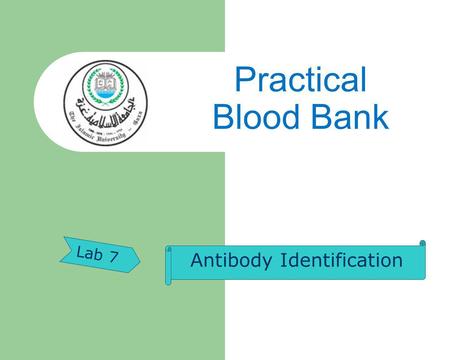 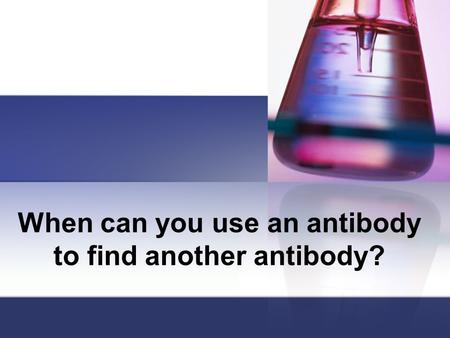 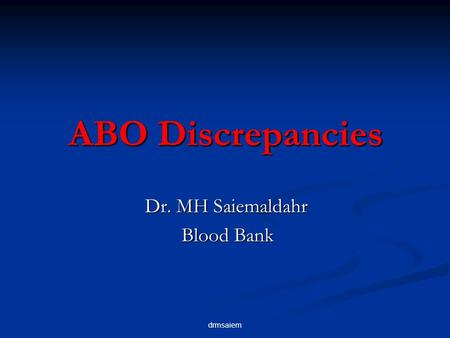 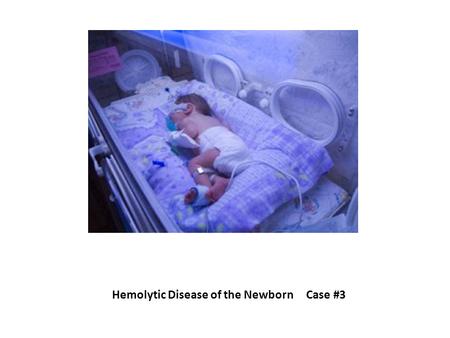 Hemolytic Disease of the Newborn Case #3 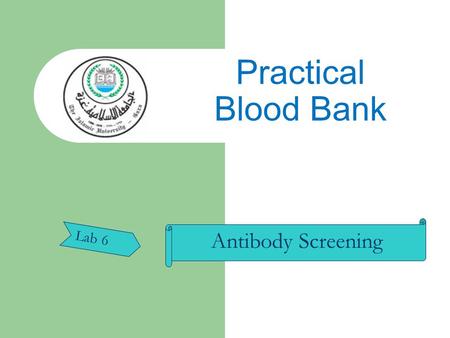 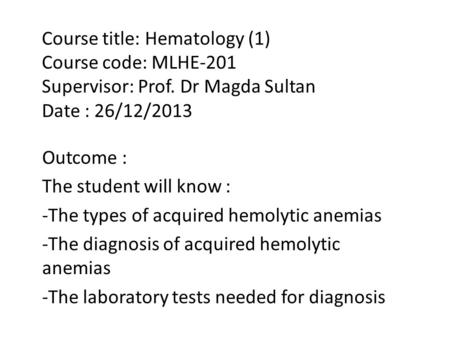 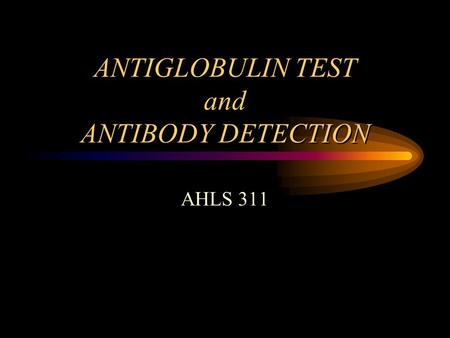 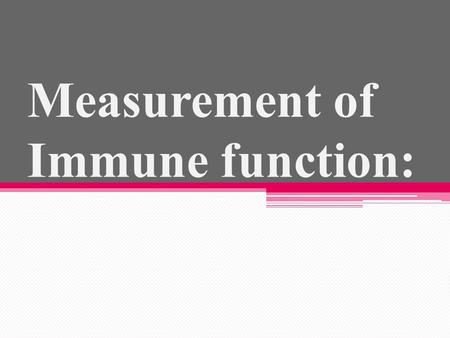 Measurement of Immune function:. Detect antigens and / or antibodies. Immunological tests rely upon: ability of antibodies to aggregate particulate antigens. 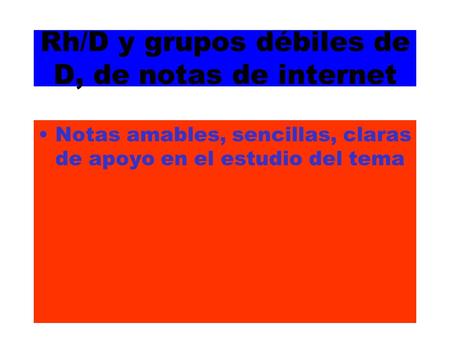 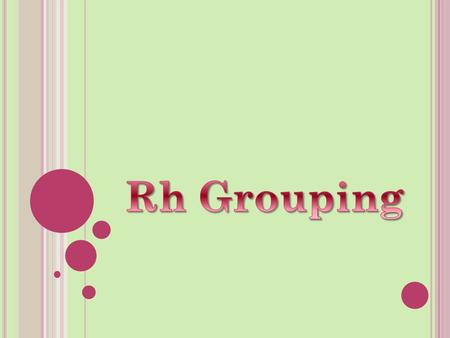 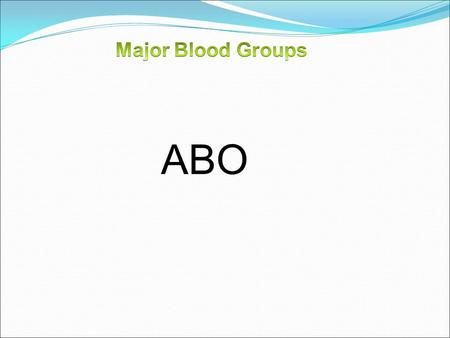 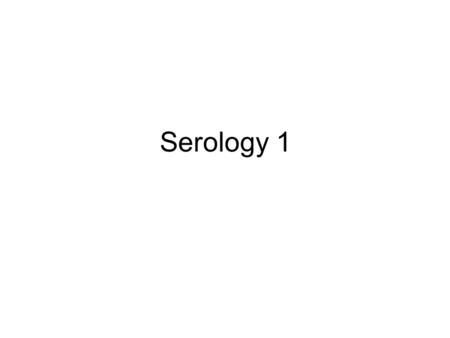 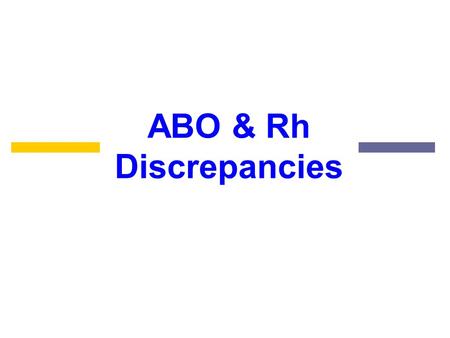 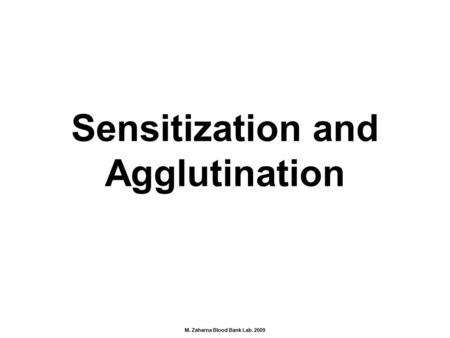 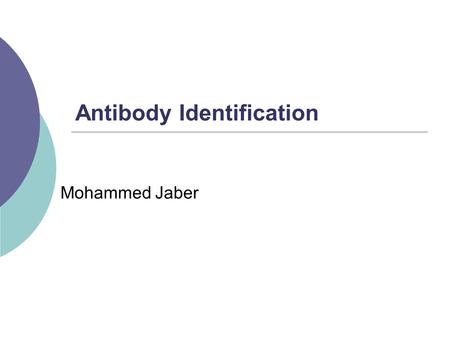 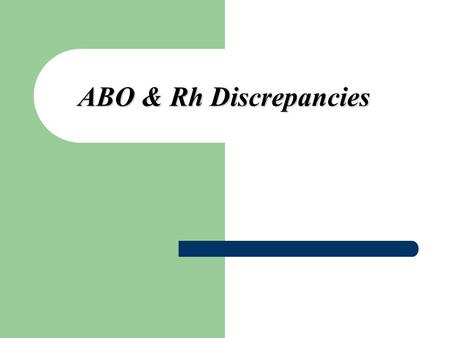