4  Turbulence Models based on the Reynolds Averaged N-S Equations (RANS) ◦ Developed first ◦ The most general approximation ◦ Still in the widest use for engineering problems (okay, arguably…) ◦ We will derive the RANS and introduce a few simple models

7  Into these equations, substitute for each variable, the average and fluctuating composition, by the Renolds decomposition, And so forth…. Time average the equations

10  The Reynolds Stress term is non-linear and is the most difficult to solve – so we model it!  First, and most simple model, proposed by Joseph Boussinesq, was the Eddy Viscosity model. Simply increase the viscous stress by some proportional amount to account for the Reynolds’ stresses. Works very well for axisymmetric jets, 2-D jets, and mixing layers, but not much else.

12  Still based on the concept of eddy viscosity  However, the eddy viscosity varies with the distance from the wall Very accurate for attached flows with small pressure gradients.

13  k- Є is one of a class of two-equation models  The first two-equation models were k-l, based on k, the kinetic energy of turbulence, and l, the length scale  More commonly in use now, however, are k- Є models, Є being turbulent diffusion  Application of the model requires additional transport equations for solution 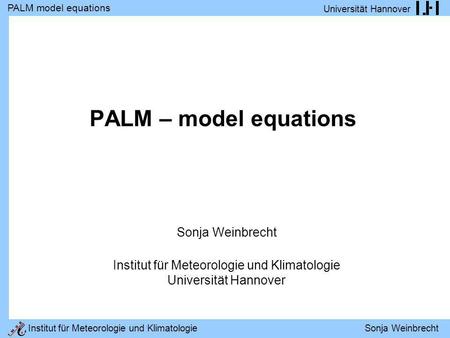 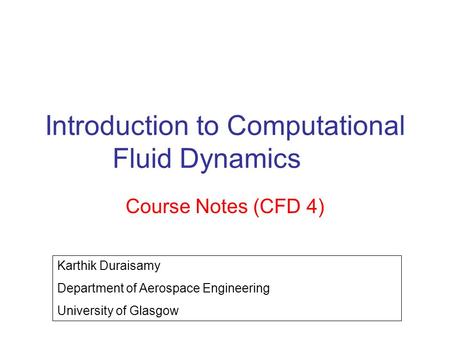 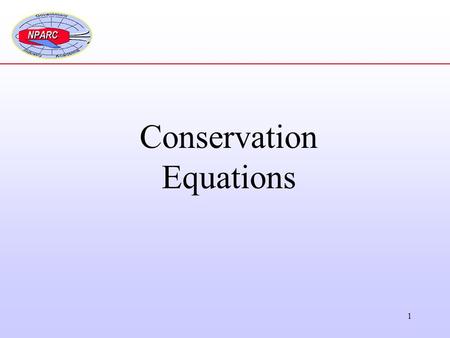 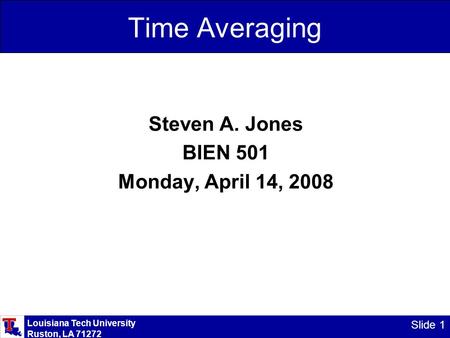 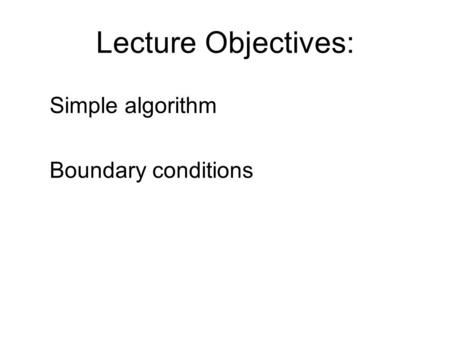 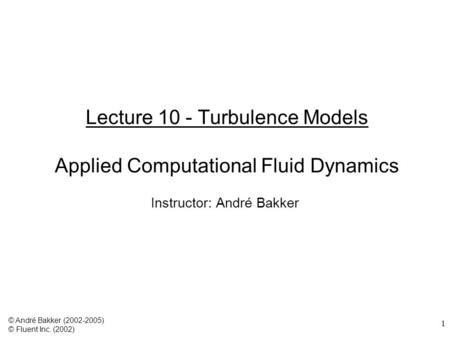 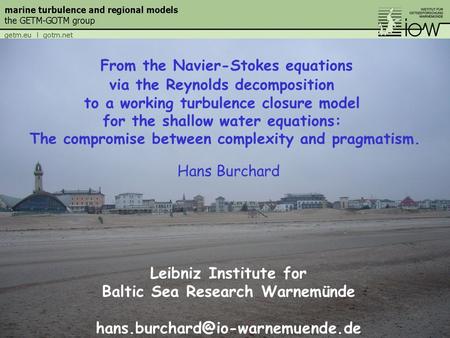 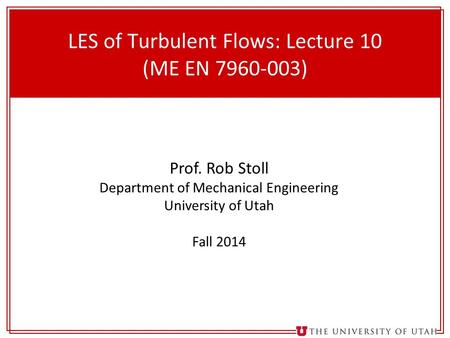 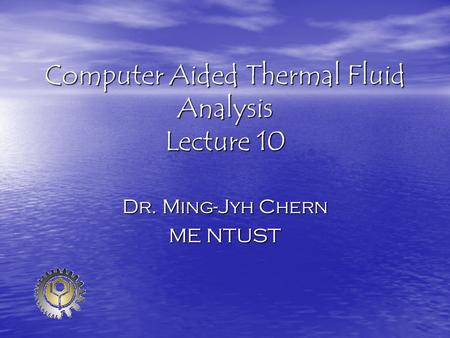 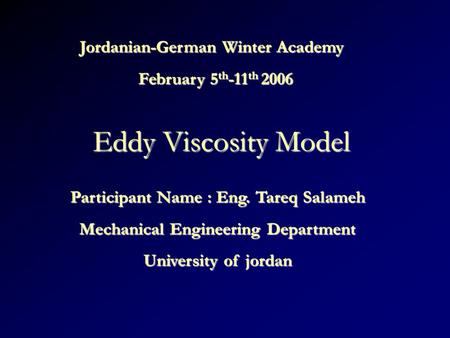 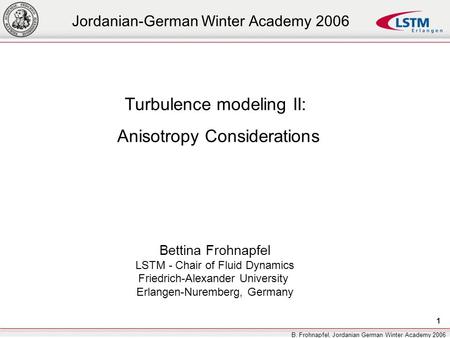 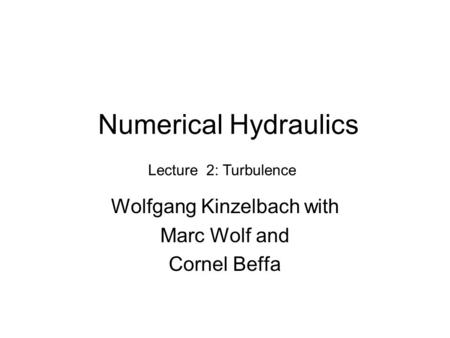 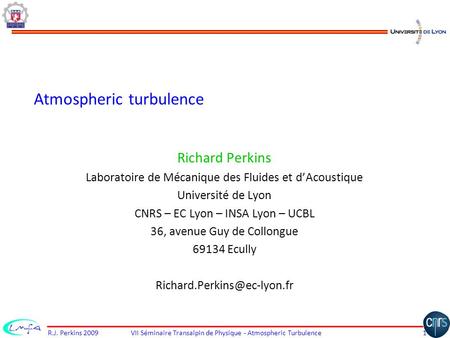 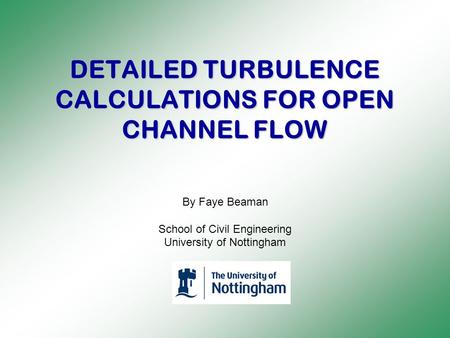