2 This tutorial describes and animates several essential definitions and field maneuvers which are minimum building blocks for moving troops on an 18 th Century battlefield. They were adapted from Manual Exercise, Evolutions, Manouervres &c. to be Observed and Followed by the Militia of New York: With some rules and regulations for their improvement; &c. and an explanatory Plate by Col. Guy Johnson. Alexander and James Robertson, Albany. 1772. An Easy Plan of Discipline for a Militia by Timothy Pickering Jr. Samuel & Ebenezer Hall, Salem. 1775. Re-published by The King’s Press, Oldwick, NJ. Regulations for the order and discipline of the troops of the United States, by Baron de Stueben. Boston, 1794. Reprinted by Dover Publications, New York, 1985 These maneuvers are primarily for Close Order formations on the field or in parades. The animations are simplified – positions for officers and NCO’s are omitted from the tutorial and formations are not to scale. [Click for Next]

3 Before showing the field maneuvers, it is essential to understand several definitions: –The Common Step is a pace of 2 feet and about 75 to a minute. –The Quick Step is also about 2 feet and about 120 in a minute. [Click for Next] Stop short on the advanced foot, bringing up the other foot and dressing to the right. Forward (Quick)– March! Words of Command:Explanation: Step off with the left foot in a free and easy step in a common step (or quick step as ordered), careful to remain dressed to the adjacent solider. Halt!

4 A rank is a section of soldiers arranged side by side in a line (typically from right to left). Ranks 1 st Rank 2 nd Rank Rank Front of Platoon [Click for Next]

5 Files File Front of Platoon File Leader(s) A file is a section of soldiers arranged in an exact line one behind another from front to rear. [Click for Next]

6 Marching by files When marching in files, it is important to keep the correct spacing between the first and second ranks and ranks dressed in a straight line. Disorder in the ranks and files makes it difficult or impossible to maneuver effectively. [Click for Next]

7 The following maneuvers are demonstrated: The Oblique step Wheeling Breaking off and forming by the Oblique step Opening ranks and closing ranks to the front Forming Column from a Line Forming a Line from Column [Click for Next]

8 The Oblique Step The Oblique Step allows simultaneous lateral and forward movement of a formation (at roughly a 45 0 angle) without changing the front of the line. Obliques can be to the left or the right as necessary and in common or quick time. Step diagonally to the right about 2 feet with the right foot. Bring up the left, placing the heel directly before the toes of the right foot; keep the shoulders square to the front. Continue. Left oblique – step off with the left foot… To the Right Oblique – March! Words of Command:Explanation: [Click for Next]

10 Wheeling Wheeling allows a formation to change direction by using one of the flanking soldiers (or file) as a pivot point and marching along arced line changing the direction of the platoon. Wheeling can be to the left or the right and common or quick time as necessary. 1st The leftmost man turns his head briskly to the right (the inside of the turn). All others in the rank turn their heads to the left toward the outside of the turn. 2nd The right most man marches in place as the pivot point, the rest of the rank shortens their steps to remain dressed with the adjacent man. File closers also march a bit sideways during the wheel to cover their file leader in the first rank. To Right Wheel – March! Words of Command: Explanation: [Click for Next]

11 Wheeling Platoon! To the Right Wheel -- March! Halt! Click to animate [Click for Next] Front of Platoon

13 Counter march [Click for Next] Click to animate Take care to counter march from the right, by platoons! To the right--Face! March! Halt! To the left--Face! Front of Platoon New front

14 Counter marches are not conducted in sections larger than platoons to avoid confusion and disarray on the field. The second (and subsequent platoons) of the company simply follow the 1 st platoon until reaching the appropriate position. [Click for Next]

15 Opening the Ranks As part of inspection, distance between the 1 st and 2 nd ranks is increased so inspecting officers can move freely among the ranks. The rear rank faces right-about, takes 4 paces, halts, and comes right-about again. Rear rank – Take distance! March! [Click for Next] Words of Command: Explanation:

18 Close to the Front [Click for Next] Click to animate Rear rank -- Close to the front! March! Front of Platoon

19 Breaking off and reforming by the oblique step When a platoon or company is too wide to pass through a narrow space, such as a bridge or roadway, breaking off by files reduces the width of the front of the line, allowing the platoon or company to pass. This maneuver may also be used to create a column of march where a column less than a platoon wide is required. The specified number of soldiers in the right hand section, oblique steps to the left while the left hand section oblique steps to the right until the sections cover each other. The first section obliques to the right, and the second to the left until they are uncovered when both march forward to form a line. Take care to break off by sections of ___! Sections -- Break off! Form platoon -- March! [Click for Next] Words of Command: Explanation:

20 Breaking off and reforming by the oblique step Click to animate [Click for Next] Take care to break off by sections of 3! Sections -- Break off! Front! Form Platoon!

21 Forming a Column When a battalion of companies are required to move together, especially over longer distances, the battalion(s) are maneuvered by platoon to form a column. Columns are either open or closed. An open column maintains the spacing between platoons, where a closed column closes the distance between platoons to 2 paces. [Click for Next]

24 Forming a Line from Column A column formation cannot effectively engage an opposing force or withstand an attack. The battalion(s) must deploy into a line more or less parallel to the opposing force by marching obliquely to re-from the battle line. Platoon commanders order – Left Oblique! The leading platoon stands fast. The remaining platoons march obliquely to the left to form a battle line. Battalion! Take care to go from Column to Line – the Right in Front! March! [Click for Next] Words of Command: Explanation:

28 The tutorial was created for Warner’s Extra Continental Regiment (re-created) by Todd Kuntz based on a previous animation by Cliff Mullen. This tutorial is copyrighted by Todd Kuntz and is free to download as long as it remains unaltered. www.warnersregiment.com 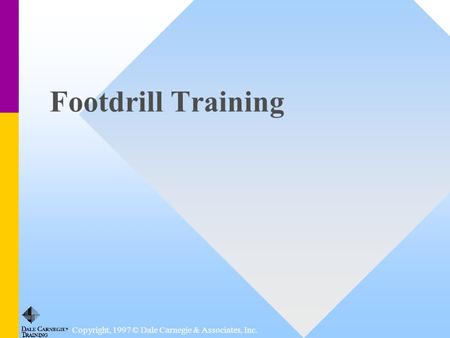 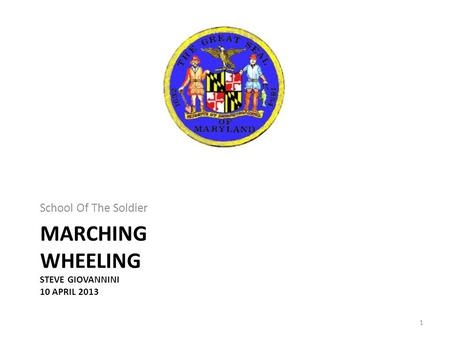 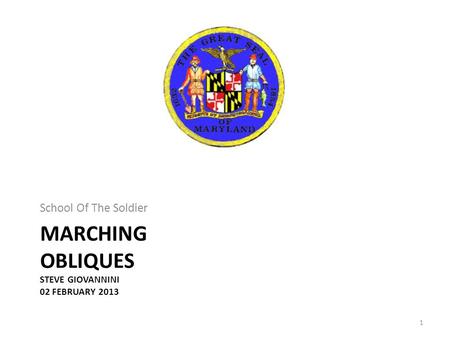 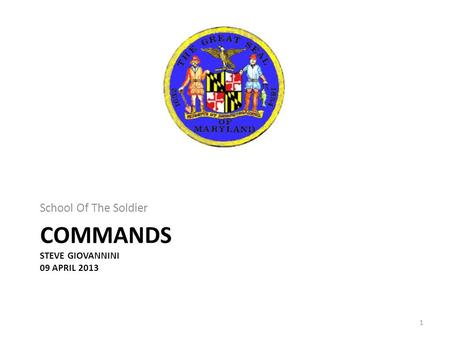 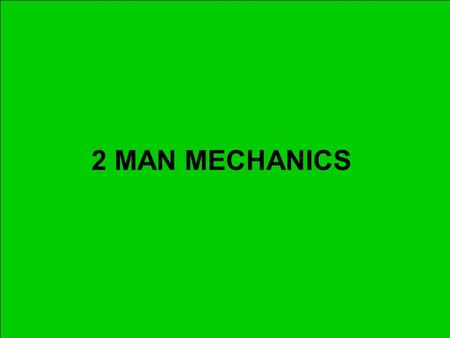 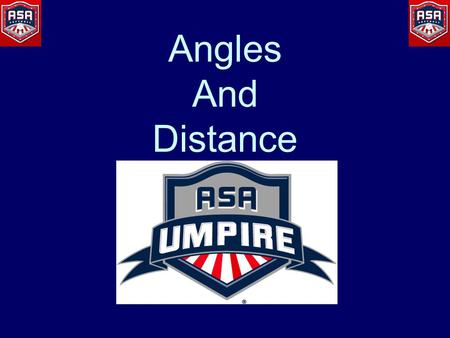 Angles And Distance. WHAT IS A GOOD ANGLE? What is a good angle? Where you keep all four elements in front of you –Ball –Base –Offense –Defense. 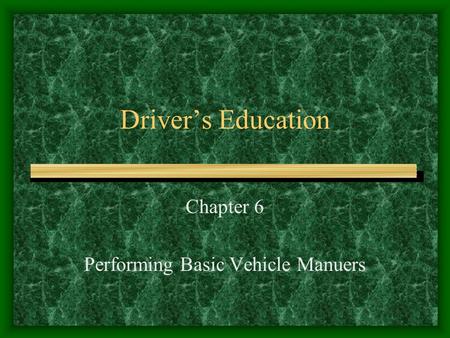 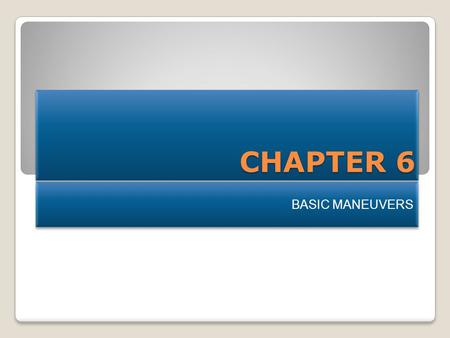 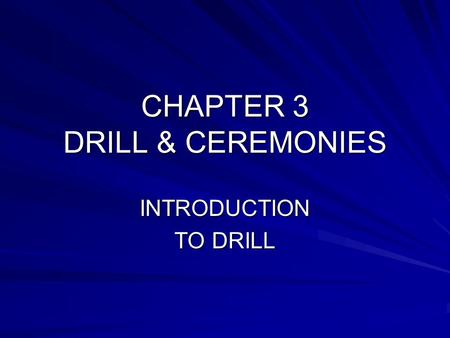 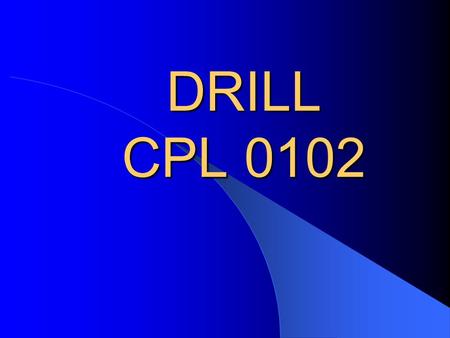 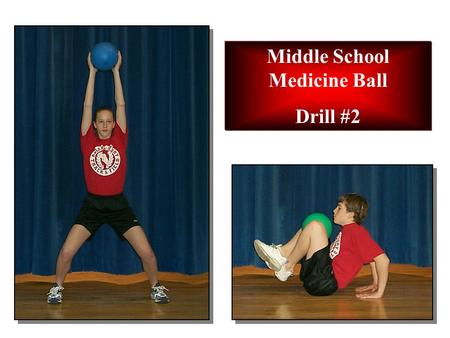 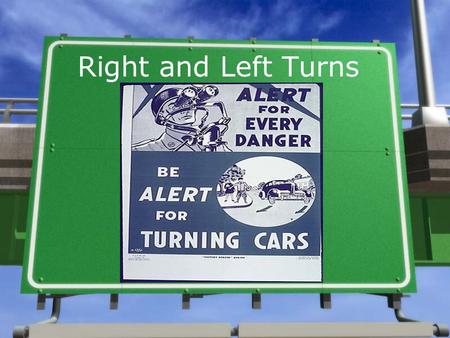 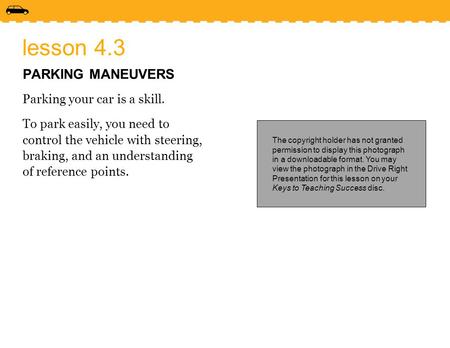 lesson 4.3 PARKING MANEUVERS Parking your car is a skill.