5 Background Current approaches tend to focus on skills and strategies- leaving the text more as an afterthought. The Common Core State Standards recognize that students’ experience with challenging text is central to the development of their reading ability. We need to encourage multiple opportunities to engage students in a productive struggle with the text.

6 Why Text Complexity Matters According to a report called Reading Between the Lines that was released in 2006 by ACT, Inc.: ▫ Less than 50% of graduates can read sufficiently complex texts. ▫Students who performed well on the ACT college admissions test did so because they were able to answer questions associated with complex texts. It was NOT primarily due to their ability to make inferences or determine the main idea.

7 Rationale behind CCSS’ strong emphasis on increasing Text Complexity “ While reading demands in college, workforce training programs, and life in general have held steady or increased over the last half century, K-12 texts have actually declined in sophistication, and relatively little attention has been paid to students’ ability to read complex texts independently.” (Common Core State Standards, Appendix A)

8 “A turning away from complex texts is likely to lead to a general impoverishment of knowledge, which, because knowledge is intimately linked with reading comprehension ability, will accelerate the decline in the ability to comprehend complex texts and the decline in the richness of text itself. This bodes ill for the ability of Americans to meet the demands placed upon them by citizenship in a democratic republic and the challenges of a highly competitive global marketplace of goods, services, and ideas.” Common Core State Standards Appendix A

12 What does this mean for students? Over a third of students entering college require remedial courses. College students who have to take remedial classes are statistically more likely to drop out. Many students entering the workforce are unable to read and comprehend required technical manuals.

13 The Standards’ Approach to Text Complexity A Three-Part Model for Measuring Text Complexity Quantitative evaluation of the text Refers to aspects, such as word length or frequency, sentence length, and text cohesion, that are normally measured by computer software. Qualitative evaluation of the text Refers to aspects such as: levels of meaning, structure, language conventionality and clarity, and knowledge demands, best measured by a knowledgeable human reader. Matching reader to text and task Reader variables (such as motivation, knowledge, and experiences) and task variables (such as purpose and the complexity generated by the task assigned and the questions posed) must be considered when determining whether a text is appropriate for individual students. 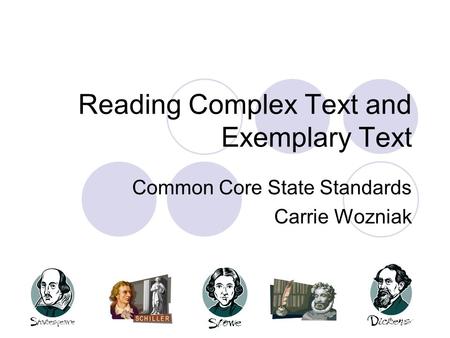 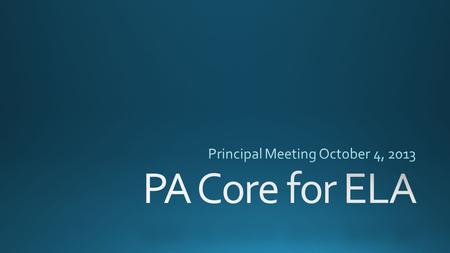 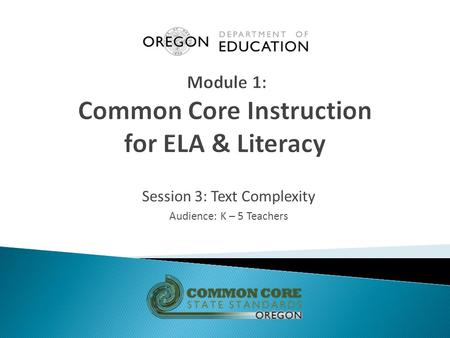 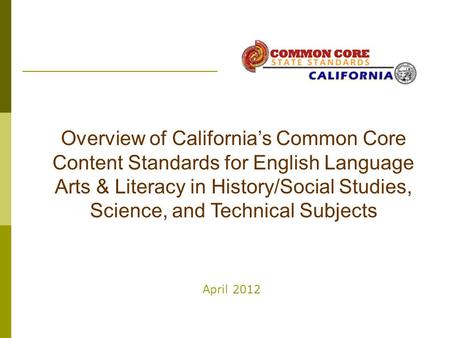 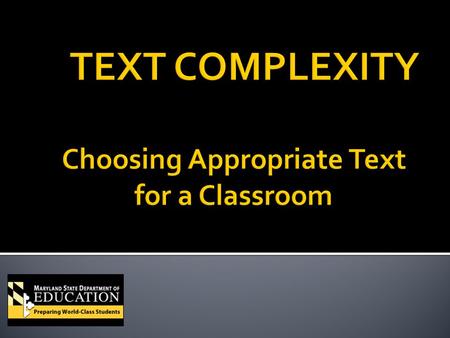 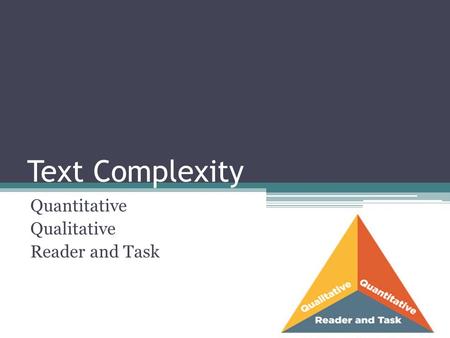 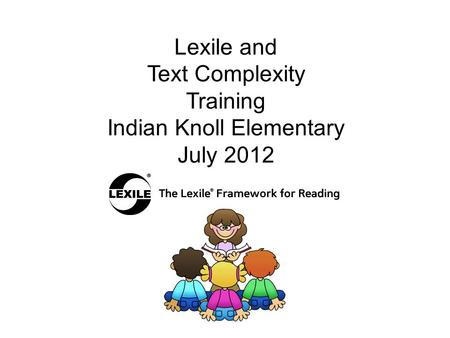 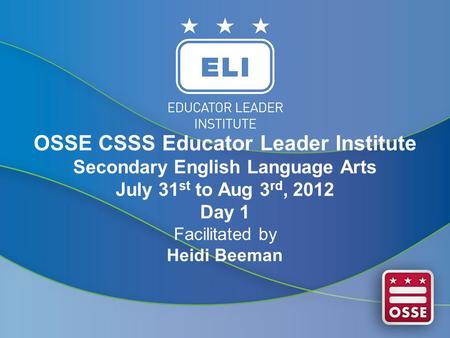 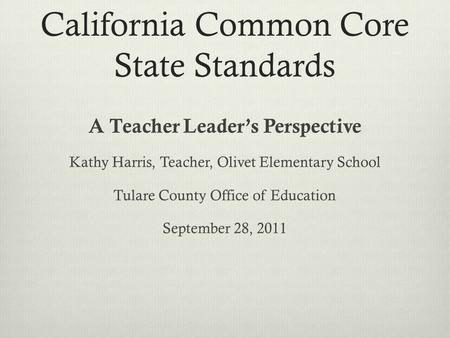 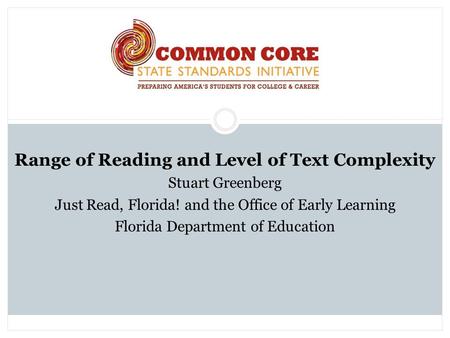 Range of Reading and Level of Text Complexity Stuart Greenberg Just Read, Florida! and the Office of Early Learning Florida Department of Education. 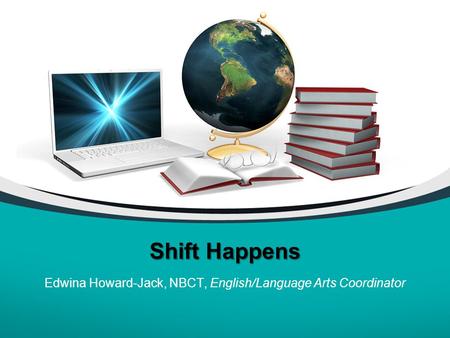 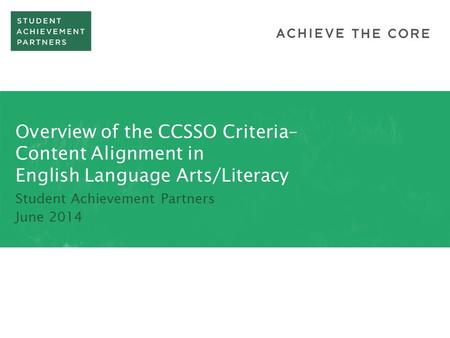 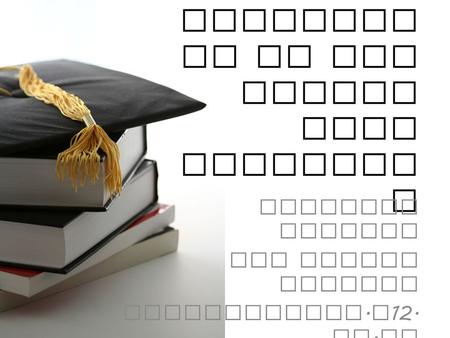 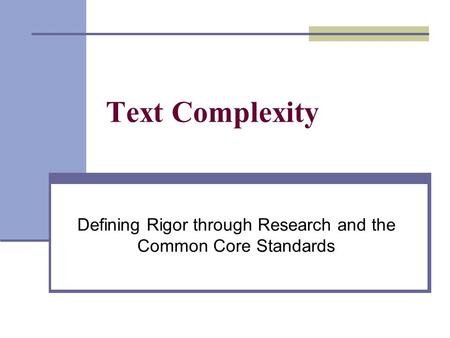 Defining Rigor through Research and the Common Core Standards 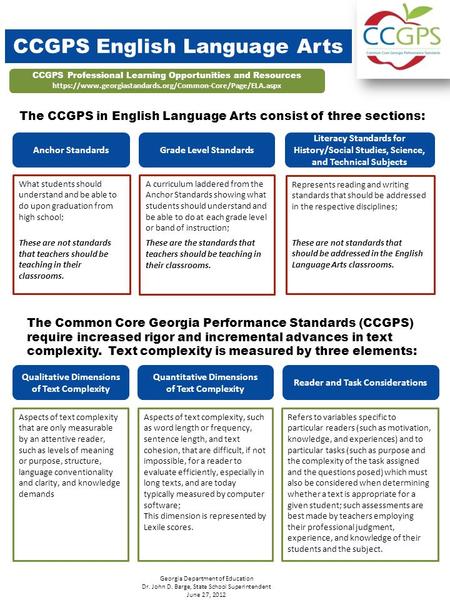 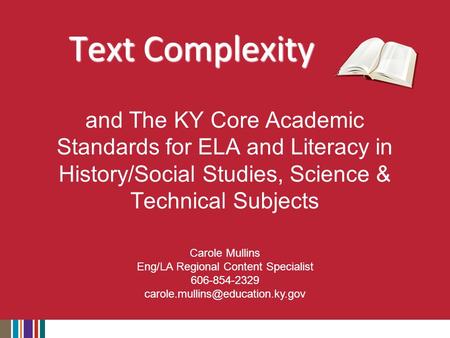 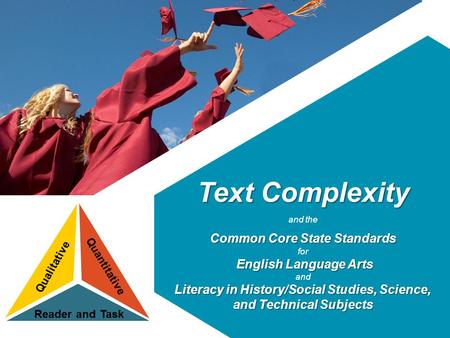 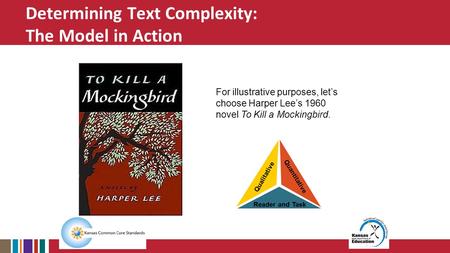 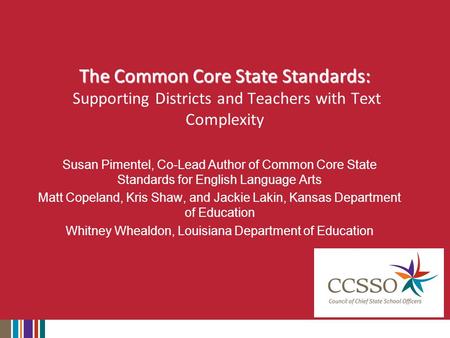 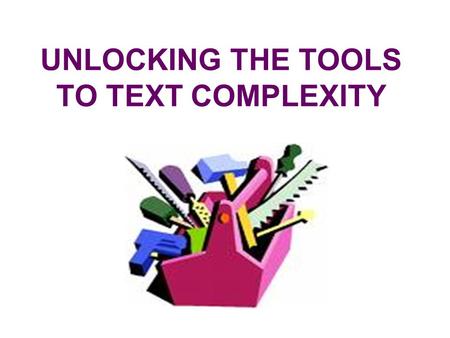 UNLOCKING THE TOOLS TO TEXT COMPLEXITY. Agreements We will… – A – Assume Responsibility – S – Seek information – P – Participate actively – I – Integrate.