2 Terms and People D-Day − June 6, 1944, the day Allied forces invaded France Battle of the Bulge − German counterattack that failed, resulting in an Allied victory Harry S. Truman − President during the end of World War II island hopping − American strategy of capturing selected islands in the Pacific in a steady path to Japan

5 Operation Overlord was a massive operation.
It required careful planning and involved an elaborate hoax to fool the enemy about where troops would land. On D-Day, June 6, 1944, the Allies landed at Normandy.

6 Amid intense fighting, the Allies captured the beaches.
Within a month, more than one million troops landed in France.

8 In December 1944, Hitler launched a counterattack, creating a bulge in the American lines.
The Americans pushed back, forcing a German retreat during the Battle of the Bulge.

9 The Allies soon surrounded Berlin, preparing for an all-out assault on Hitler’s capital
In April 1945, Hitler committed suicide. Germany surrendered. Hitler had fallen into madness, giving orders that were not obeyed and planning attacks that were not carried out.

11 With the German surrender, the Allies celebrated V-E Day, hailing their hard-fought victory in Europe. FDR did not live to join the celebrations. He died a few weeks earlier. The new President was Harry S. Truman.

12 War still raged in the Pacific, where the Allies were fighting their way toward Japan.
Battles during the island-hopping campaign were fierce, with high casualties on both sides. Kamikazes crashed into American ships. Japanese troops fought to the death. An intense bombing campaign leveled much of Tokyo. Still, Japan refused to surrender.

14 Iwo Jima On February 19, 1945, 60,000 American Marines landed on Iwo Jima, The terrain was rugged, with rocky cliffs, jagged ravines, and dozens of caves. 6,800 lost their lives before the island was captured.

18 Something had to be done.
The program was code-named the Manhattan Project. It was led by J. Robert Oppenheimer. So top secret Truman the VP didn’t know about it Early in the war, Albert Einstein convinced FDR of the need to develop an atomic bomb. The bomb was successfully tested in July 1945. Now it was up to Truman to decide if and when to use it. 18

20 The Japanese refused to surrender.
An invasion of Japan could cost up to 1,000,000 American lives. Truman’s chief priority was to save American lives.

28 The Allies celebrated V-J Day, marking victory in Japan.
The most costly war in history was finally over. 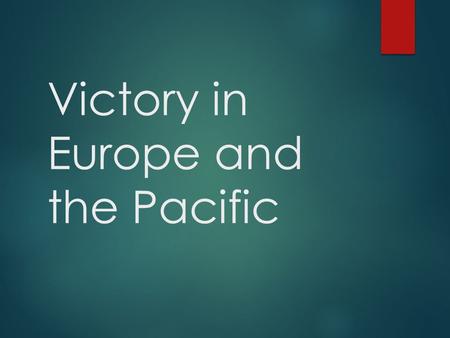 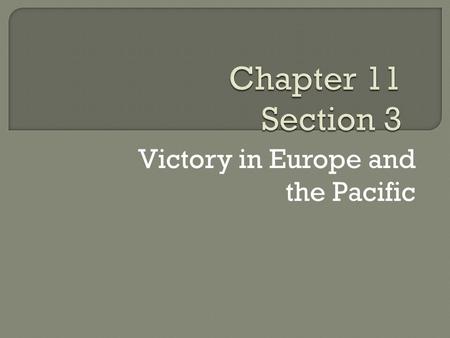 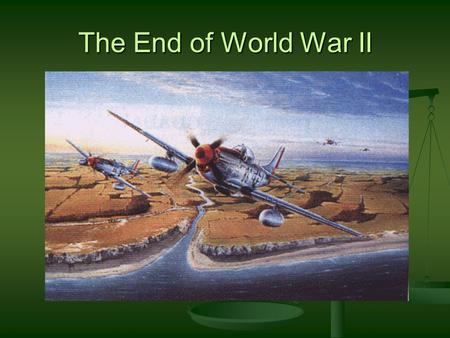 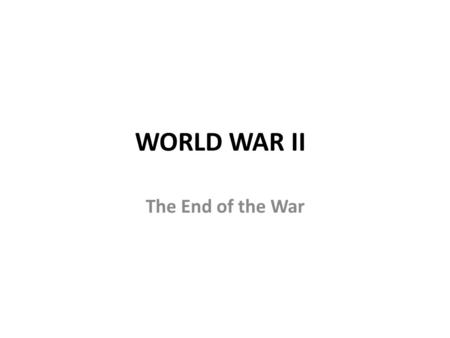 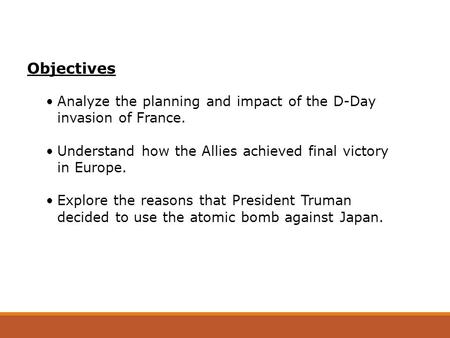 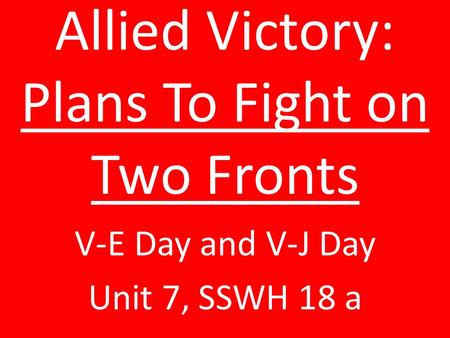 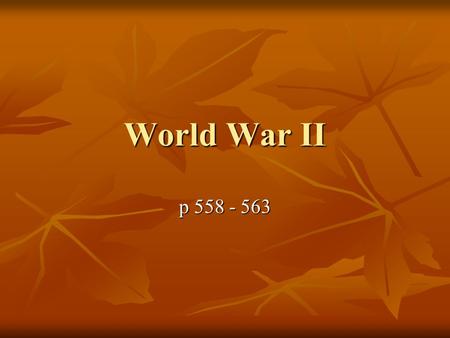 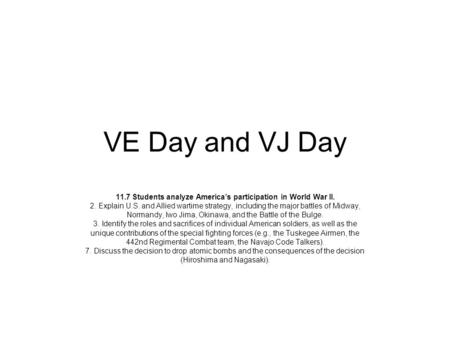 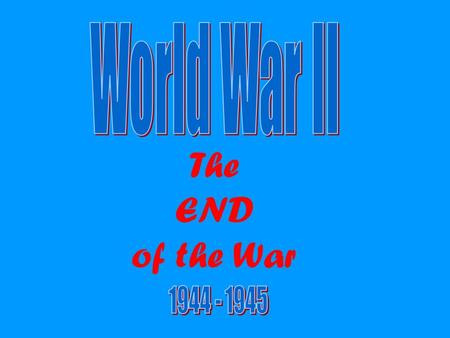 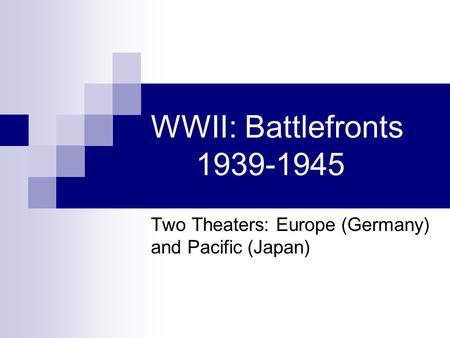 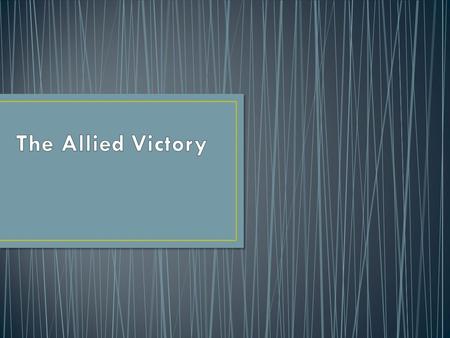 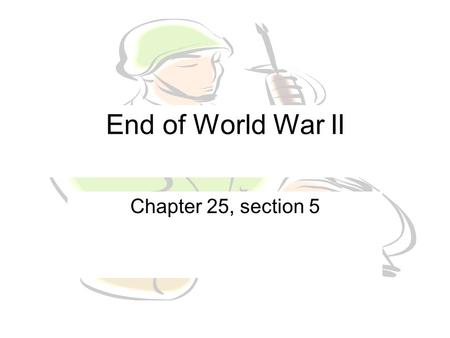