Presentation on theme: "Daniel Boone By: Wyatt. Where and when Daniel was born: Daniel boone was born in the year of 1734 in a log cabin in Berks county near Reading, Pennsylvania."— Presentation transcript:

2 Where and when Daniel was born: Daniel boone was born in the year of 1734 in a log cabin in Berks county near Reading, Pennsylvania.

4 Important events An important event in his life is when he went hunting for some bear. He followed a bear into the mountain. He camped out and followed the bear for three days. In the mountains, by a fire, under eating meat. Then his mother sent a search party to find him.

5 Education Daniel Boone had no education. His fathers brother who was a teacher and tried to teach him how to write but it would work. When his parents returned his uncle was yelling and said that Daniel was “unteachable.”

8 Important events An important event in Daniel Boone’s life was when he fought in the war at Boonesborough. He fought to make Kentucky safe for settlers. The long handshake in the war was suppose to be a truce, but it turned into an ambush! When Boone escaped he got hit in the head with a tomahawk.

10 Why was he remembered Daniel Boone was remembered because he fought wars to help settlers be safe and settle in Kentucky. He also became a prisoner of war and a Indian son of a great Indian leader. He was captured at the Salt Licks and was kept prisoner for months.

12 Important lessons One important lesson that I learned from Daniel Boone is to never give up. Another is to always try even if you think there is no chance.

13 Why is Daniel Boone a Hero? Daniel Boone is a hero because he helped settle Kentucky and kept settlers safe. He was also a frontiersmen who knew the wild just as well as the Indians.

Download ppt "Daniel Boone By: Wyatt. Where and when Daniel was born: Daniel boone was born in the year of 1734 in a log cabin in Berks county near Reading, Pennsylvania." 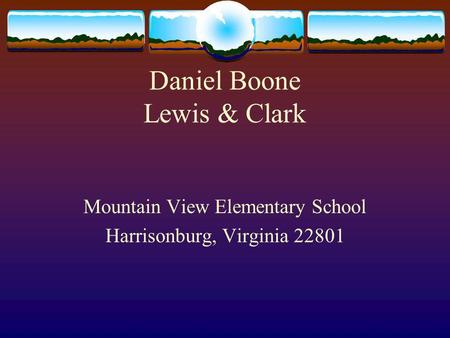 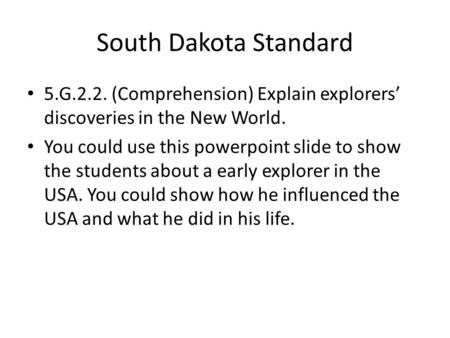 South Dakota Standard 5.G.2.2. (Comprehension) Explain explorers’ discoveries in the New World. You could use this powerpoint slide to show the students. 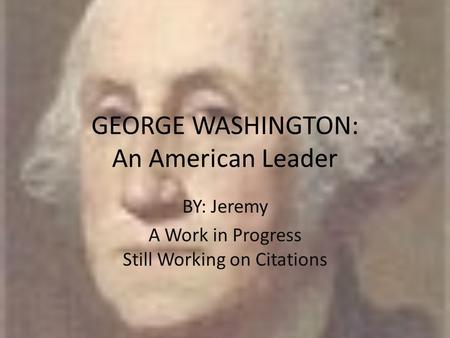 GEORGE WASHINGTON: An American Leader BY: Jeremy A Work in Progress Still Working on Citations. 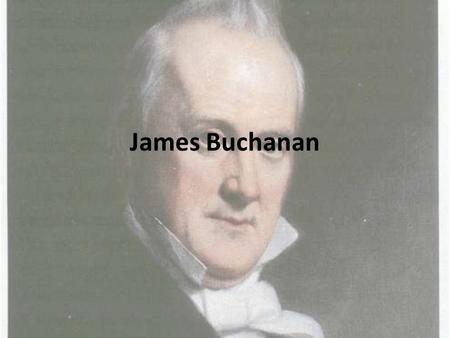 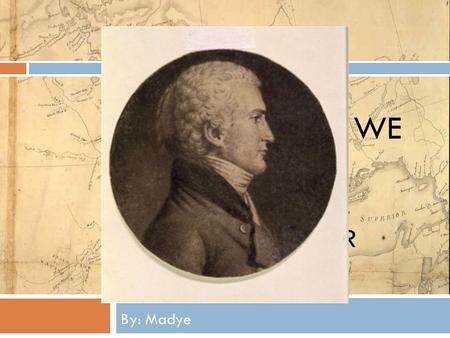 Oh, The Places We Will Go!!! A PowerPoint All About Meriwether Lewis 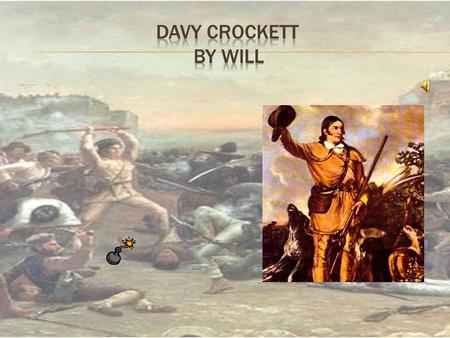 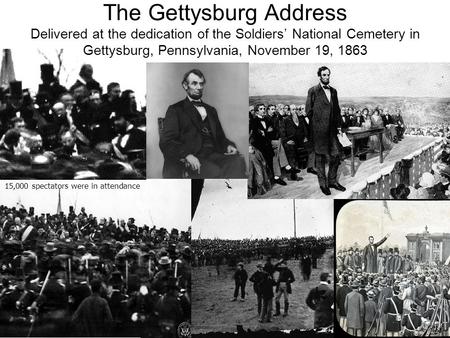 15,000 spectators were in attendance The Gettysburg Address Delivered at the dedication of the Soldiers’ National Cemetery in Gettysburg, Pennsylvania, 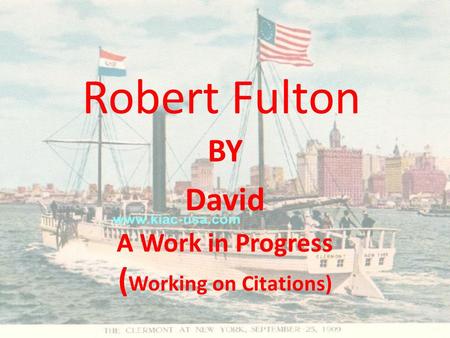 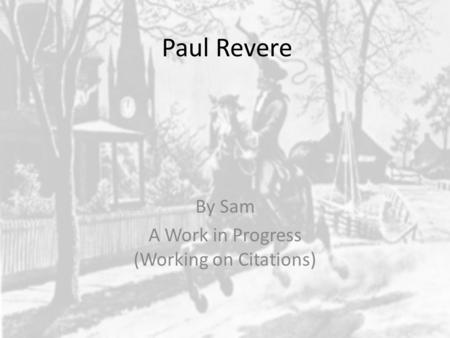 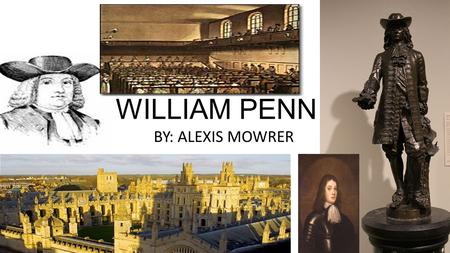 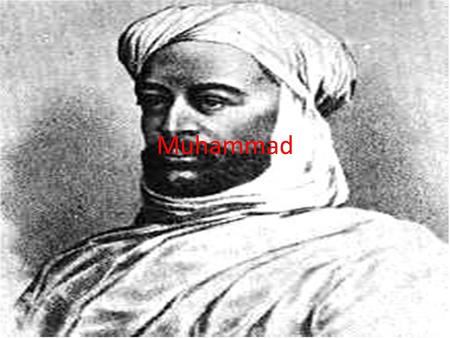 Muhammad. Who Is Muhammad and What Did He Teach? -Muhammad was a religious and political leader. To other people, he was thought as the messenger and. 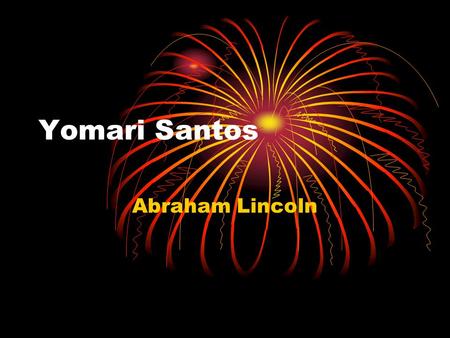 Yomari Santos Abraham Lincoln. About My Person Lincoln was the sixteenth president of the United States. He was born in Feburary12, He died in April15, 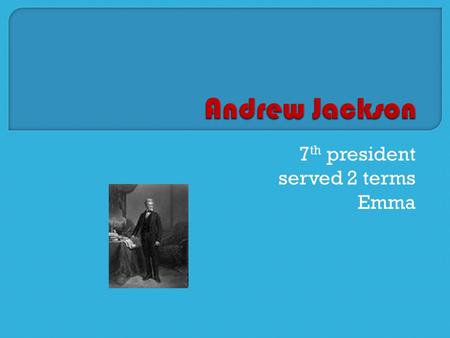 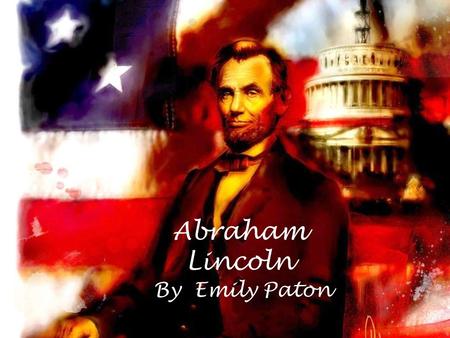 Abraham Lincoln By Emily Paton. About Abraham Lincoln Lincoln was born on February 12 th 1809 Lincolns parents were called Nancy and Thomas Lincoln He. 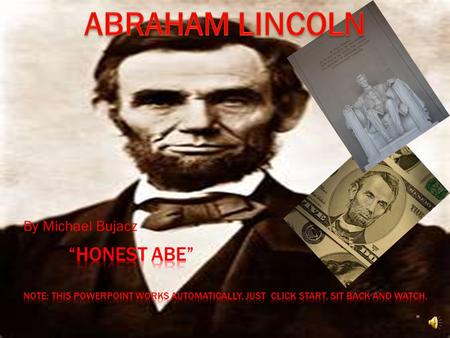 By Michael Bujacz  Born February 12, 1809  Had children and a wife  18 months of classes from several colleges  Lawyer until he became president.