2 Point in Time Survey Regarding this Point In Time Summary Information: The methodology employed in Orange County’s 2007 Point In Time County used a conservative approach and utilized HUD’s restrictive definition of homelessness. As such, the characteristics of those that because they have no other choice are forced to live doubled and tripled up and those that use motels as de facto shelters are not represented here. Those unsheltered homeless that chose not, could not or were not identified to participate in the count and survey are underrepresented as well. This information is being provided as a snapshot of a subset of Orange County’s homeless population and while it may not represent the actual findings of the broader homeless community, it does provide insight into the challenges faced by those residents with the greatest needs in our community.

3 2 Point in Time Survey What is it? Point in Time Count & Survey is a one night count of unsheltered homeless as directed by HUD A simultaneous count of sheltered homeless Survey conducted the next day A “point-in-time” snapshot of homeless on the street and in shelters within one 24-hour period Meant to show “bare minimum”- does not include precariously housed (RV parks, hotel/motel, doubled up, etc)

4 3 Point in Time Survey Why do we count? Mandated by HUD to be conducted every other year in January Provides information to HUD and Congress ensuring that much needed programs continue to receive adequate funding Results are reported in the HUD Continuum of Care application Provides information to our community regarding gaps and needs

5 4 Methodology Sheltered Homeless –HUD defines sheltered homeless as adults, children and unaccompanied youth who, on the night of the count, are living in shelters for the homeless, including: Emergency Shelters Transitional Housing Domestic Violence Shelters Residential programs for runaway/homeless youth Any hotel, motel or apartment voucher arrangements paid for by a public or private agency because the person or family is homeless (note: not captured due to limited resources)

8 7 Weaknesses in Count Methodologies The federally mandated Point-in-Time Count only captures people in shelters and on the streets in a single 24-hour period It under-represents families and children because people using homeless services over time is different than the population at a single point in time Point-in-time estimates capture a higher share of chronically homeless who use shelters for long periods of time and under-represent persons and families whose homelessness is episodic and who often use motels as de facto shelter The Homeless Needs Assessment primary data only captured persons and families seeking shelter and receiving shelter Orange County MUST develop a methodology that quantifies the thousands of homeless families and individuals living in motels, cars, and other places not captured in the annual needs assessment or bi-annual count Resources are needed to accomplish this goal

13 12 Unsheltered Respondents by Age and Gender

14 13 Sheltered Respondents by Age and Gender

21 20 Reasons for Not Receiving Assistance

22 21 Services Needed but Not Received 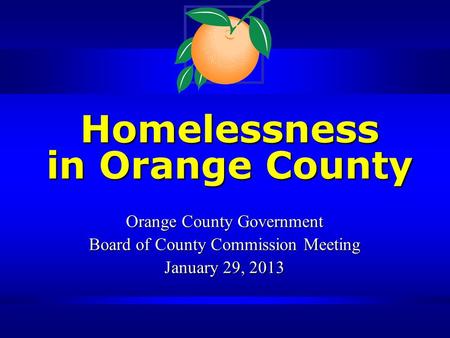 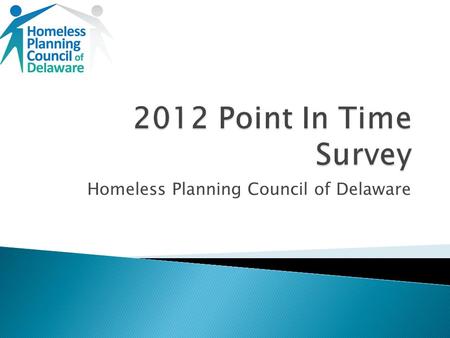 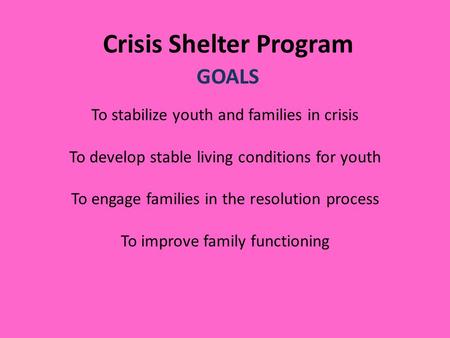 Crisis Shelter Program GOALS To stabilize youth and families in crisis To develop stable living conditions for youth To engage families in the resolution. 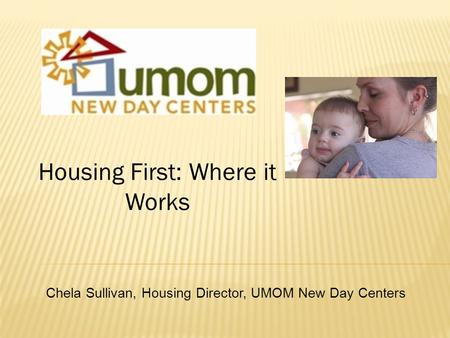 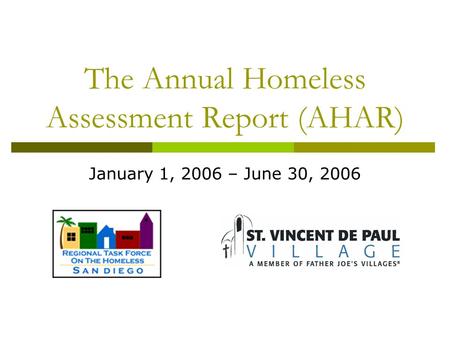 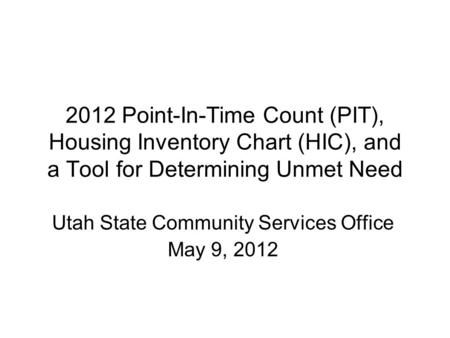 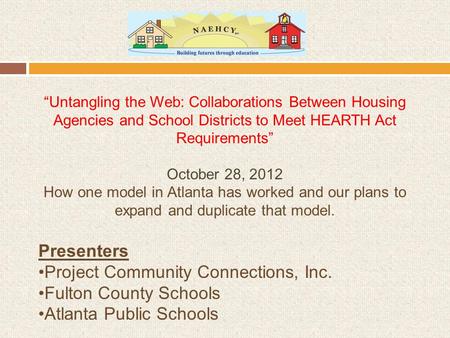 “Untangling the Web: Collaborations Between Housing Agencies and School Districts to Meet HEARTH Act Requirements” October 28, 2012 How one model in Atlanta. 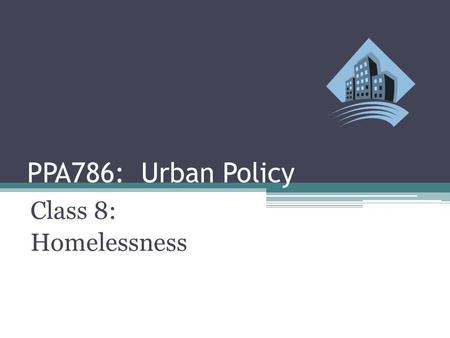 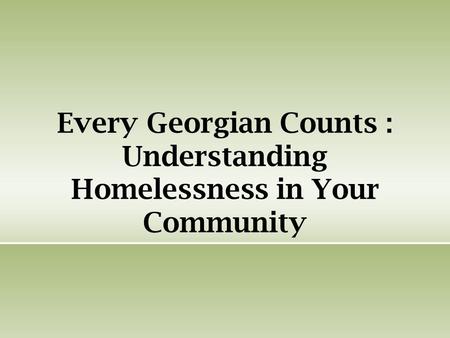 Every Georgian Counts : Understanding Homelessness in Your Community. 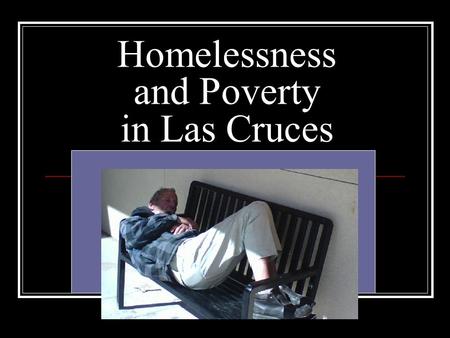 Homelessness and Poverty in Las Cruces. What is Homelessness? Places not meant for human habitation, such as cars, parks, sidewalks, and abandoned buildings; 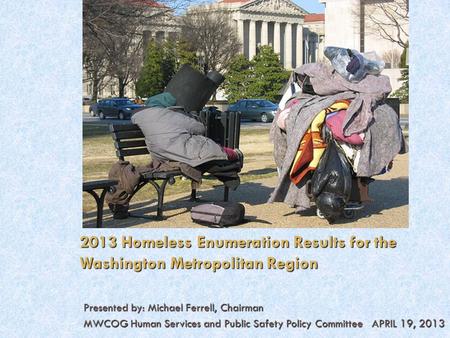 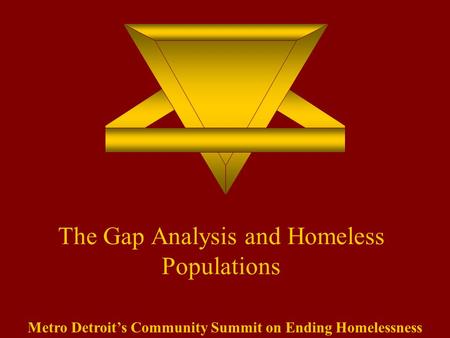 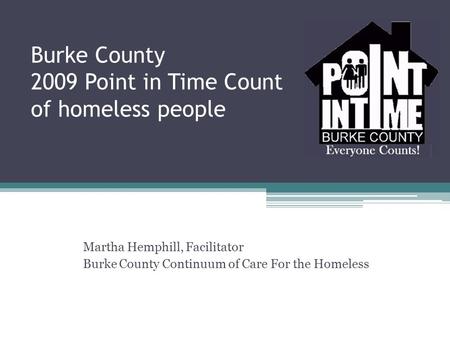 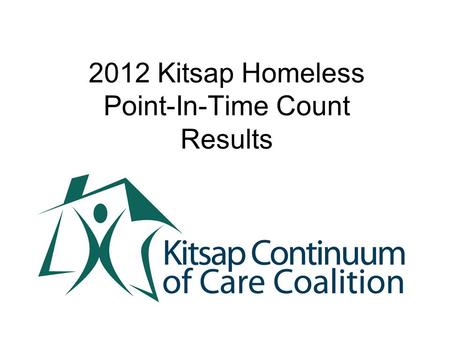 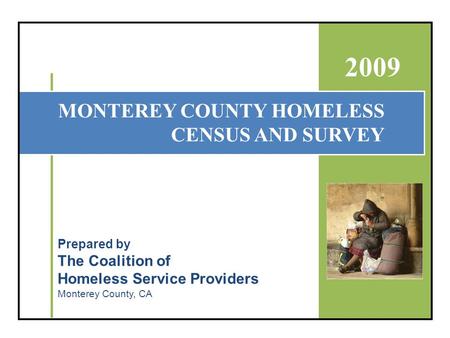 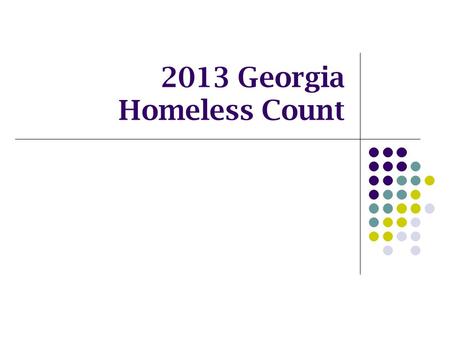 2013 Georgia Homeless Count. Objective Count of homeless and precariously housed families and individuals Understand the scope of the problem locally. 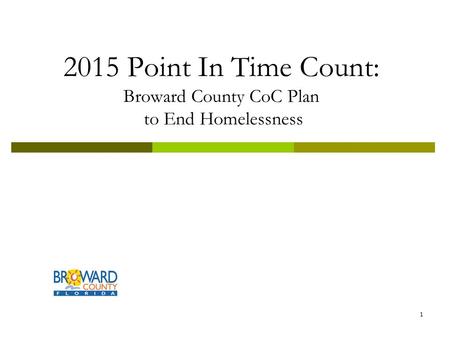 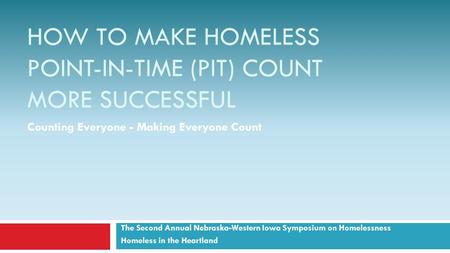 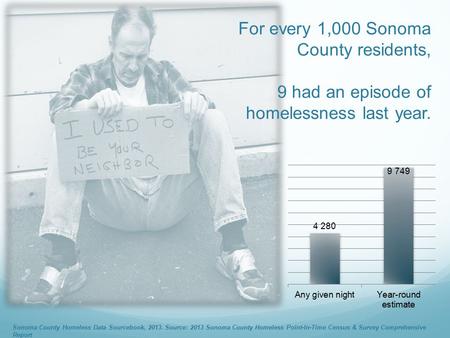 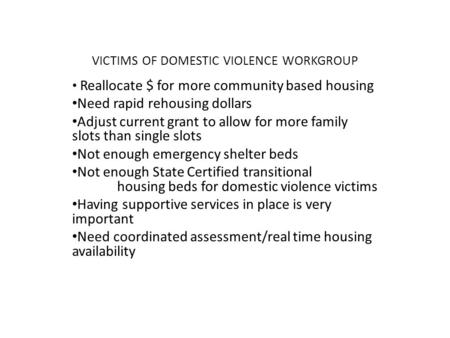