5 Some Controversy (Part 1) Mathematical Practice (Standard 1) Proficient students expect mathematics to make sense. They take an active stance in solving mathematical problems. When faced with a non- routine problem, they have the courage to plunge in and try something, and they have the procedural and conceptual tools to carry through. They are experimenters and inventors, and can adapt known strategies to new problems. They think strategically.

6 Mathematical Practice #6 Make strategic decisions about the use of technological tools. Mathematically proficient students consider the available tools when solving a mathematical problem, whether pencil and paper, ruler, protractor, graphing calculator, spreadsheet, computer algebra system, statistical package, or dynamic geometry software. They are familiar enough with all of these tools to make sound decisions about when each might be helpful. They use mathematical understanding and estimation strategically, attending to levels of precision, to ensure appropriate levels of approximation and to detect possible errors. They are able to use these tools to explore and deepen their understanding of concepts.

8 ISN’T THIS FUZZY MATH?? The Modeling standard needs discussion in relation to the other standards. For example, what is the difference between a geometry task versus a modeling task that uses geometry? What is the difference between a contextualized algebra problem and a modeling problem that uses equations to describe a situation? In these standards, a task is considered to belong more in Modeling, the more it is the case that: The math techniques to be used are not stated explicitly in the problem. However, beginning/developmental modeling tasks can walk the student through the techniques, as a way to show their use. Various assumptions must be imposed by the student to apply the techniques; these assumptions are not explicitly stated in the problem; and differing sets of assumptions could all be considered reasonable. The task involves making a decision about something. The task involves an optimization of some kind. The context is not a pretext. While the task inevitably teaches mathematics, its primary focus is the situation or phenomenon at hand. The phenomenon or situation is interesting or worthwhile beyond the academic discourse of the classroom.

9 Some Controversy (Part 2) 4. Core Concept A; Core Concept B; Core Skill 1. In a country with 300 million people, about how many high school math teachers will be needed? Try to estimate a sensible answer using your own everyday knowledge about the world. Write an explanation of your answer, stating any assumptions you make. Likewise, estimate the number of people born each day on planet earth. Likewise, estimate the percentage of Americans who are pregnant at any given time. Also estimate the percentage of elephants who are pregnant at any given time. 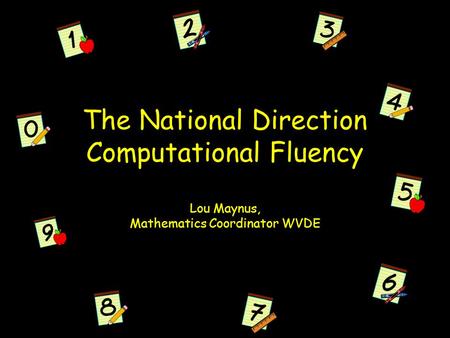 What is computational fluency? 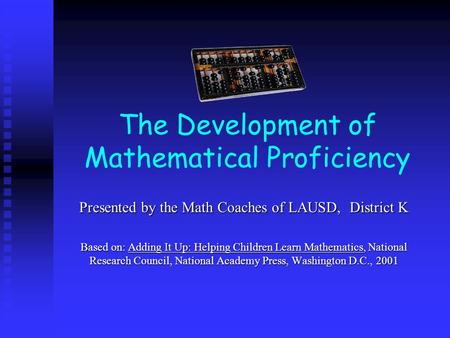 The Development of Mathematical Proficiency Presented by the Math Coaches of LAUSD, District K Based on: Adding It Up: Helping Children Learn Mathematics, 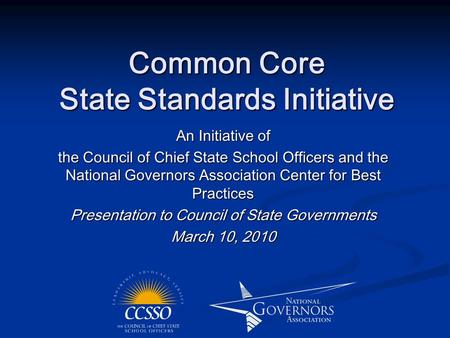 Common Core State Standards Initiative An Initiative of the Council of Chief State School Officers and the National Governors Association Center for Best. 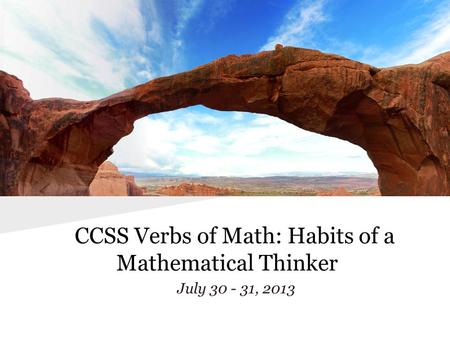 CCSS Verbs of Math: Habits of a Mathematical Thinker July , 2013. 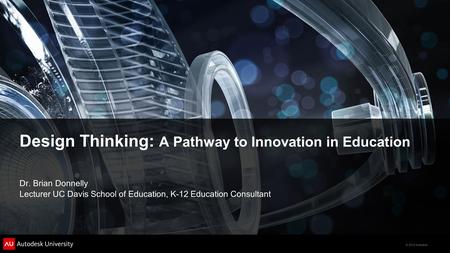 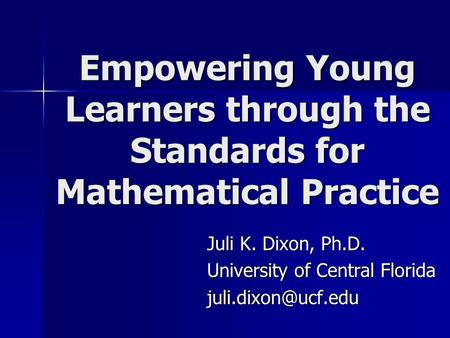 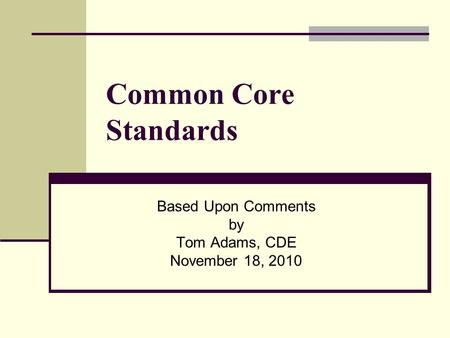 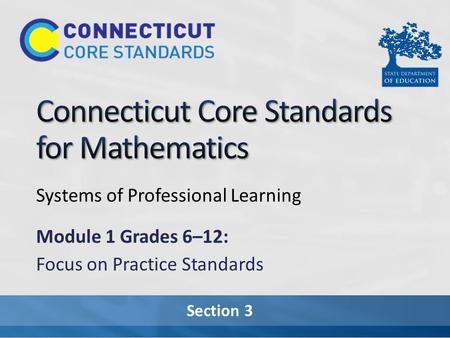 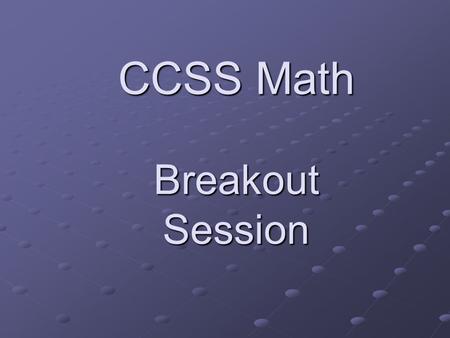 CCSS Math Breakout Session. Where Are You? Get a Post-It Note Write your favorite math topic on it Find the Consensograph on the wall Place your post-it. 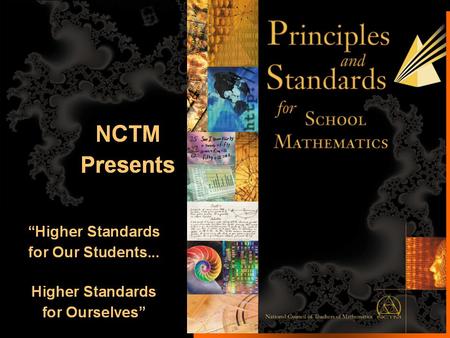 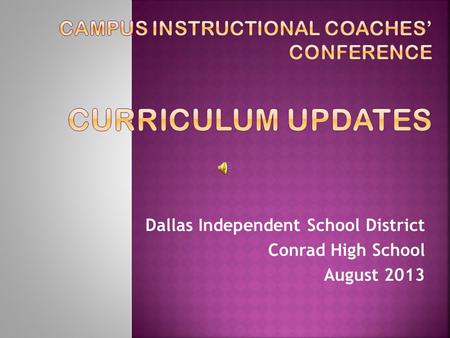 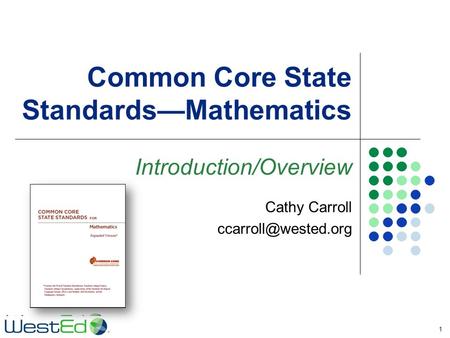 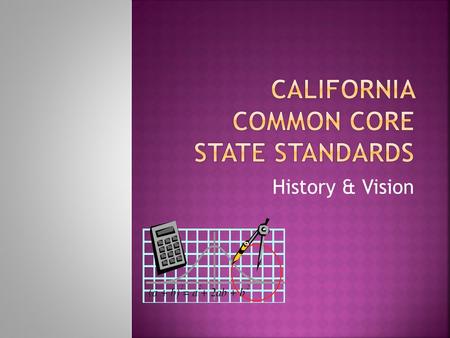 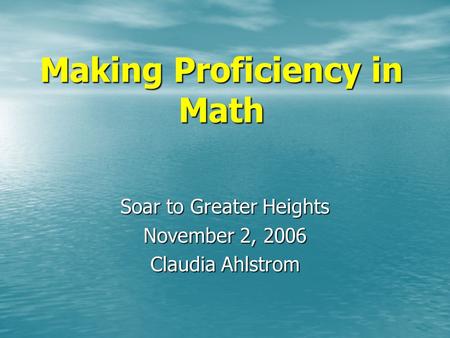 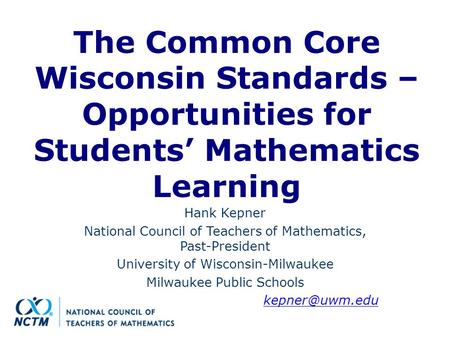 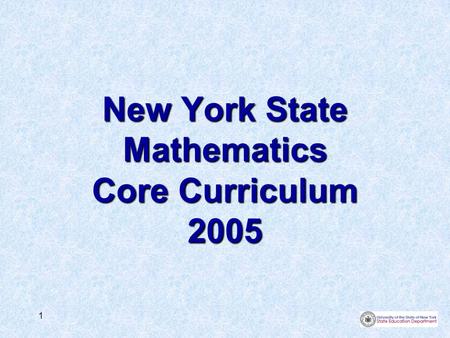 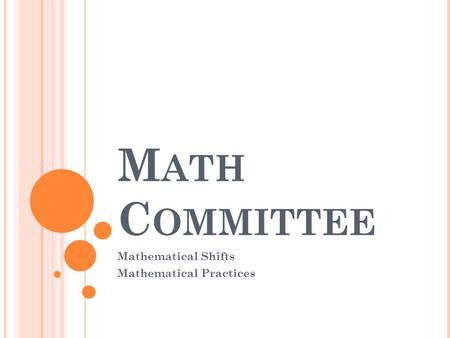 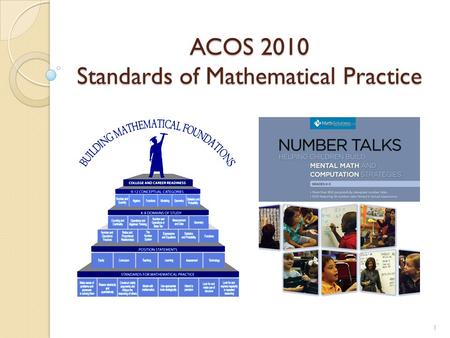 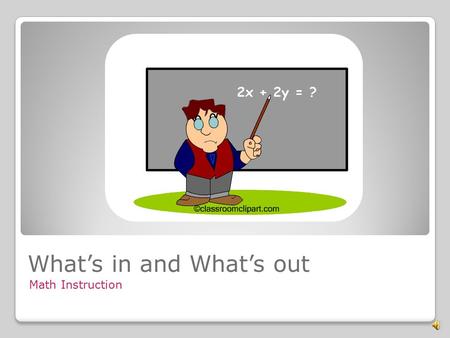