Presentation on theme: "Take a few moments to finish The Lewis and Clark WebQuest"— Presentation transcript:

3 Read 10.3 (p. 353) and unscramble the following words below & describe how they are related:
krawhwas emtmisrnpse geobmar warhawks impressment embargo

5 Read, “Problems with France & England,” p. 353
The British captured any ship bound for France. The French stopped all ships bound for Britain. Why was Jefferson unable to keep the United States out of conflicts with other nations? Trade around the world put U.S. ships in constant contact with foreign countries.

6 Jefferson’s Response Instead of declaring war, he asked Congress to pass legislation that would stop all U.S. foreign trade – Embargo Act, 1807 Described his policy as “peaceable coercion”

7 Jefferson’s Response How would Jefferson “force the British and French to respect American shipping?

8 Embargo Act of 1807 No more foreign trade – Epic Fail!! Effects:
1) American farmers lost key markets for their products 2) Shippers lost income 3) Many chose to violate the embargo by making false claims about where they were going.

9 Interpret the newspaper cartoon What is “OGRABME” spelled backwards?

14 Tecumseh and Native American Unity
Read “Tecumseh & Native American Unity” p. 354 His response? Unite the Natives to fight United States expansion What were the results at the Battle of Tippecanoe in November, 1811? His plan failed & the movement to unify the tribes against the U.S. was crushed

17 The United States’ has two supporting reasons or (causes) for the War of 1812?
1. Britain to respect U.S. sea rights 2. To end British support of Indian resistance to westward movement.

28 As for Mr. Madison . . . he won “his” war but learned an important lesson that the United States cannot ignore world events! 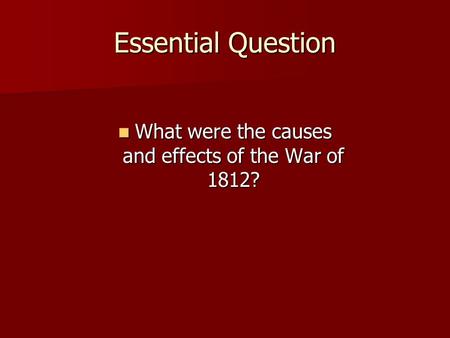 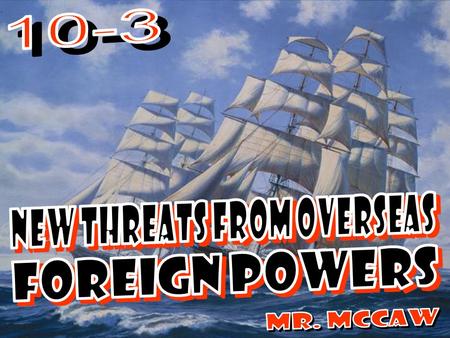 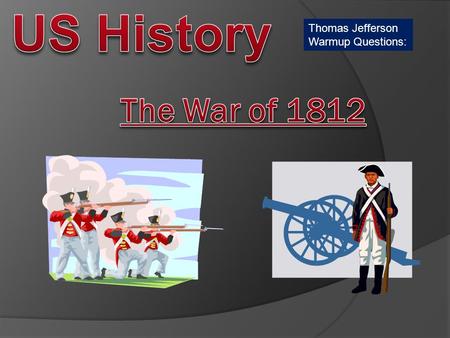 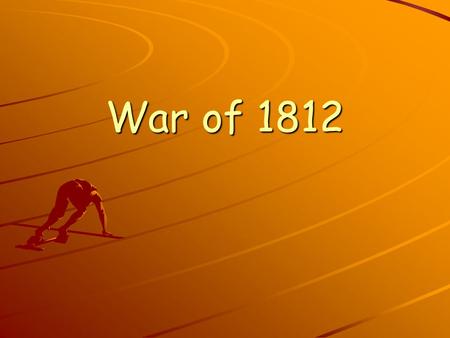 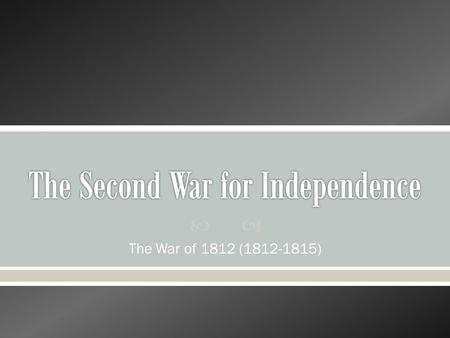 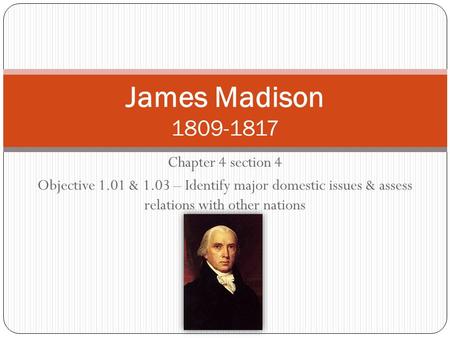 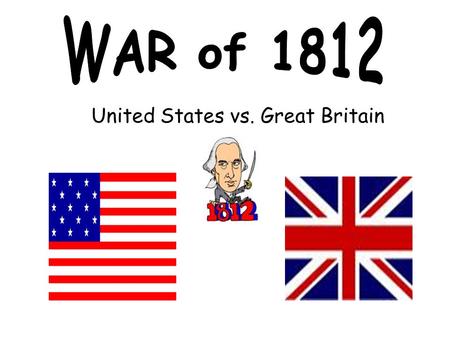 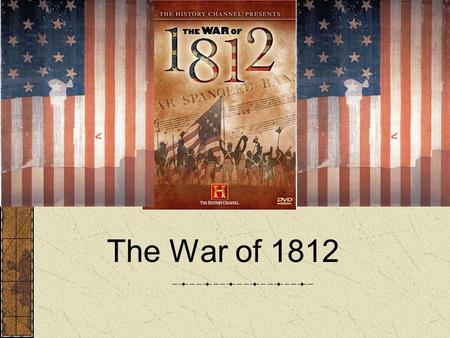 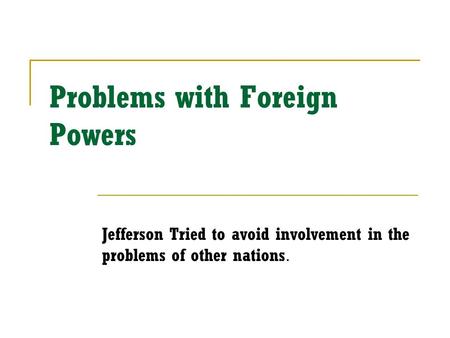 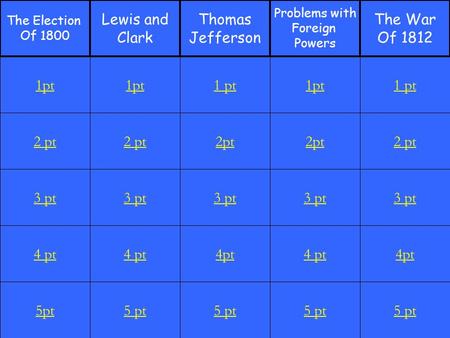 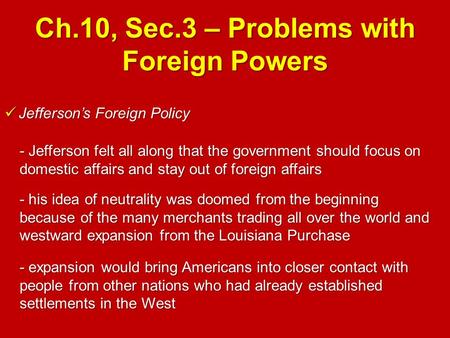