Presentation on theme: " The Industrial Revolution was a period from the 18 th to the 19 th century where major changes in agriculture, manufacturing, mining, transport, and."— Presentation transcript:

2  The Industrial Revolution was a period from the 18 th to the 19 th century where major changes in agriculture, manufacturing, mining, transport, and technology had a profound effect on the socioeconomic and cultural conditions starting in the United Kingdom, then subsequently spreading throughout Europe, North America, and eventually the world.  The Industrial Revolution marks a major turning point in human history; almost every aspect of daily life was eventually influenced in some way.  Beginning of 1750 the factory system gradually spread from Britain – “ The worlds workshop.” - to other lands. It took a generation or so to reach Western Europe and then the United States.  Why was the youthful American Republic, eventually to become an industrial giant, so slow to embrace to machine?  -land was cheap  -Land starved descendents of land-starved peasants weren't going to coop themselves up in smelly factories.  -Labor was generally scarce  -Hard to find enough nimble hands to operate machinery.. Hard to find until 1840’s

4  The American System is a pre-civil war set of measure designed to unify the nation and strengthen its economy by means of protective tariffs, national bank, and such improvements as the development of transportation system.  Henry Clay championed this.  Examples of some of the roads, canals, and railroads that were built during the First Industrial Revolution: Erie Canal, Cumberland Road (connected to the Mississippi river through the western states.)

5  The name of the first steamboat during the industrial revolution is called the Clermont.  The Clermont was invented in 1807 by Robert Fulton.  Some potential customers were reluctant to travel on the steamboats because they were considered a floating fire trap. (The boilers would explode.)

6  The Lowell System was a series of mills in Massachusetts that utilized women as workers  At first, they made better wages than they could in other fields  Over time, work hours lengthened, work conditions worsened, and wages were cut  Women striked for shorter hours and better wages. Strikers were FIRED!  Irish immigrants contributed to a decline in the Lowell Factory System because when the Irish came they were in need of money. During this time women had jobs at the Lowell Textile Mills. The owners of the textile mill figured that the Irish would work for less so the women lost their jobs.

7  Commonwealth vs. Hunt was a Massachusetts supreme judicial court ruling on the subject labor unions. Prior to Hunt the legality of labor combinations in America was uncertain. In March 1842, Chief Justice Lemuel Shaw ruled that labor combinations were legal provided that they were organized for a legal purpose and used legal means to achieve their goals (allowed workers to strike)

Download ppt " The Industrial Revolution was a period from the 18 th to the 19 th century where major changes in agriculture, manufacturing, mining, transport, and." 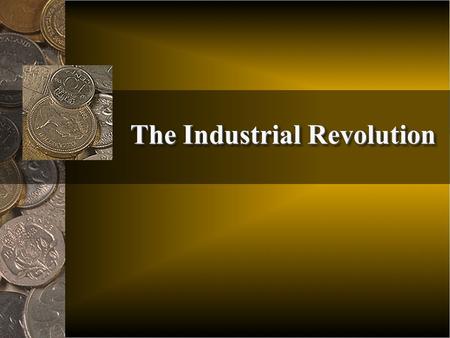 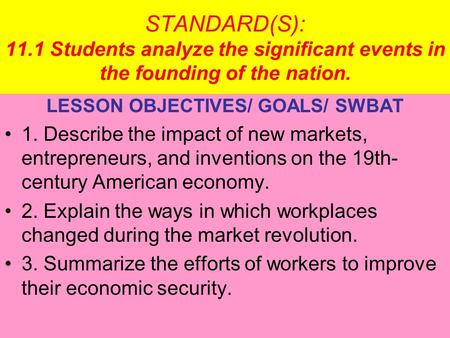 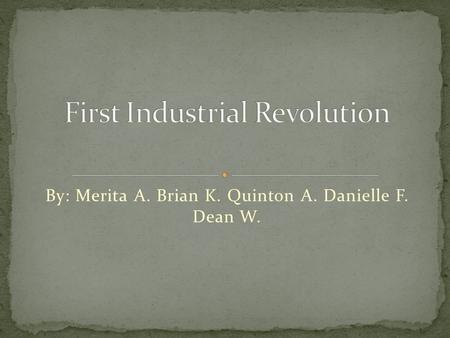 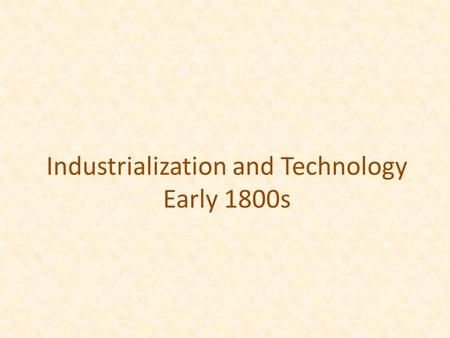