3 Persistence and Change
In general, stereotyping, prejudice, and discrimination are less acceptable than ever before. But exceptions do exist.

4 Racism: Current Forms and Challenges
Research reveals that racial prejudice has been on the decline over the last several decades Re-election of Barack Obama was seen by many as significant sign of racial progress

5 Types of Racism Modern Racism: A form of racism that surfaces in subtle ways when it is safe, socially acceptable, and easy to rationalize Implicit Racism: Racism that operates unconsciously and unintentionally

6 Sexism: Ambivalence and Double Standards
Blatant displays of sexism are less socially acceptable than in the past But do continue to persist today Gender stereotypes are distinct in that they are not only descriptive, but also prescriptive They tell people what they should do or be

7 Ambivalent Sexism Form of sexism characterized by attitudes about women that reflect both negative, resentful beliefs/feelings as well as affectionate and chivalrous but potentially patronizing beliefs/feelings Hostile sexism Benevolent sexism Seems to have diminished over time, but discrimination based on sex is still prevalent today

8 Being Stigmatized Being persistently stereotyped, perceived as deviant, and devalued in society because of membership in a particular social group or because of a particular characteristic.

11 Ingroups vs. Outgroups Strong tendency to divide people into ingroups and outgroups. Consequences Exaggerate differences between ingroups and other outgroups Outgroup homogeneity effect New research indicates that perceivers may actually process faces of outgroup members more like objects than fellow human beings Dehumanization has played a role in atrocities throughout history

13 Culture and Social Identity
Collectivists more likely to value connectedness and interdependence with people and groups around them Collectivists less likely to show biases favoring their ingroups in order to boost their self-esteem. But collectivists may draw sharper distinctions between ingroup and outgroup members. Socialization refers to process by which people learn the norms, rules, and information of a culture or group Includes stereotypes and status of groups

15 Are Stereotypes Ever Accurate?
What is meant by “accurate”? Stereotyping can often lead to self-fulfilling prophecies which further distort perceptions and realities

16 Confirmation Biases and Self-Fulfilling Prophecies
Stereotypes are often maintained and strengthened through confirmation biases. Tendency to interpret, seek, and create information to confirm expectations Stereotypes can cause a perceiver to act in such a way that the stereotyped group member really does behave in a stereotype-confirming way. The stereotype creates a “self-fulfilling prophecy.” 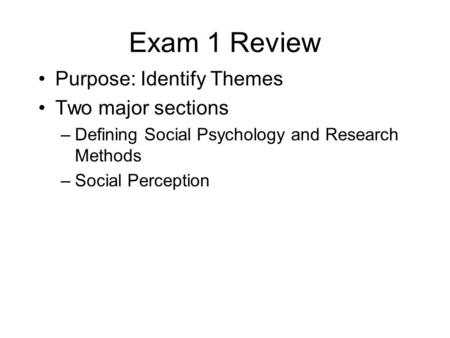 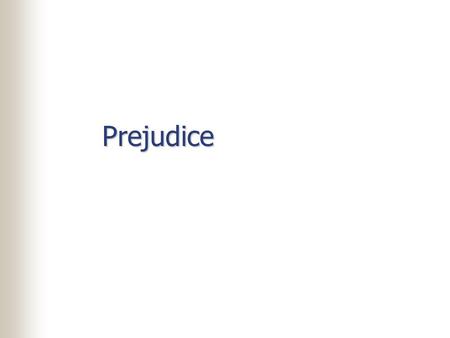 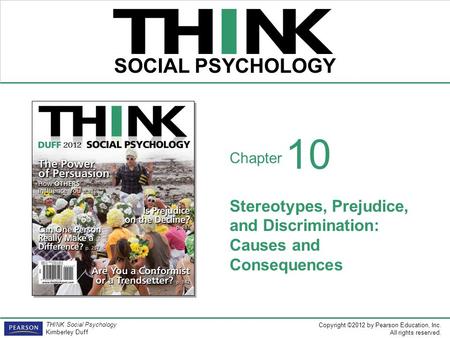 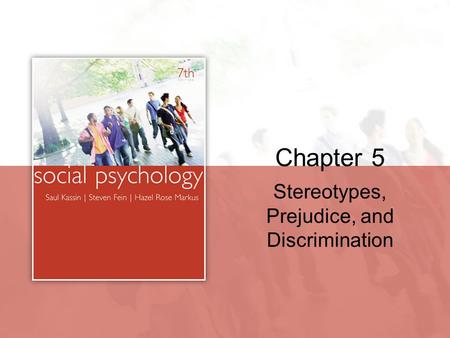 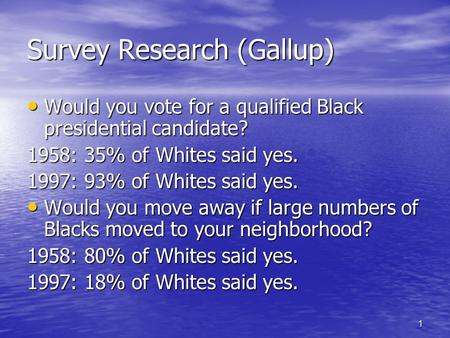 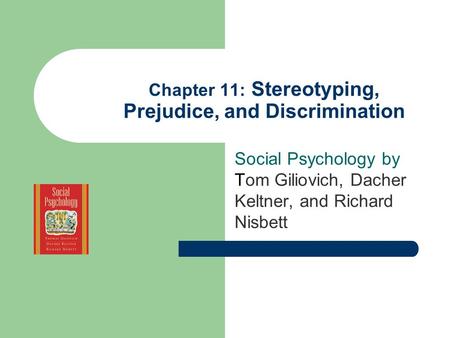 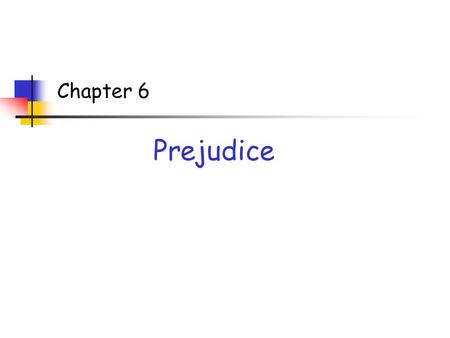 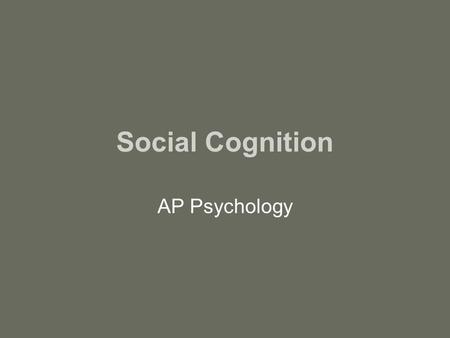 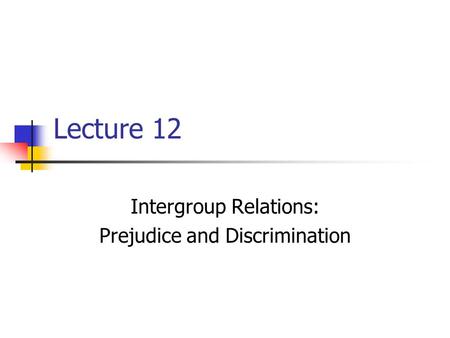 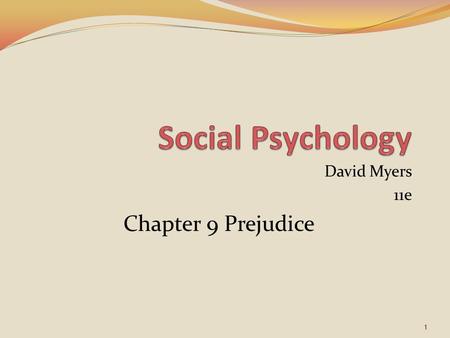 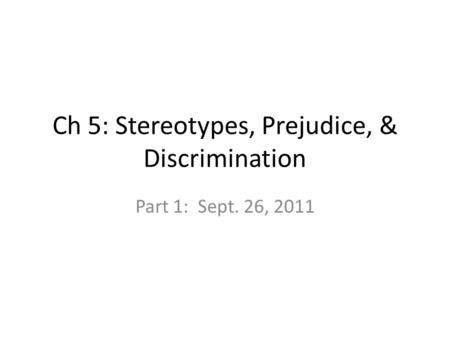 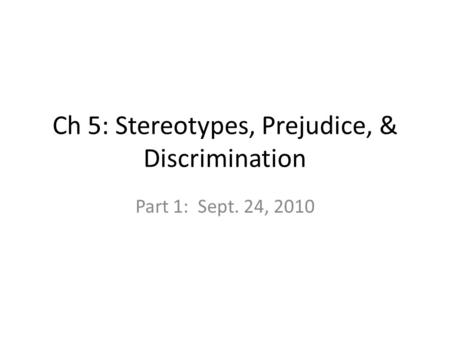 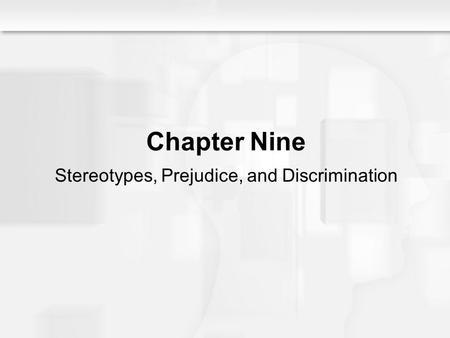 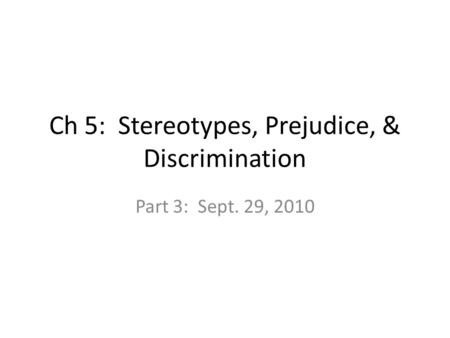 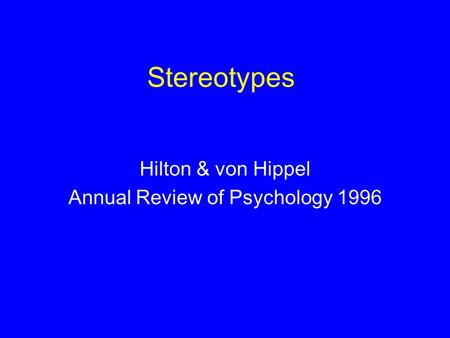 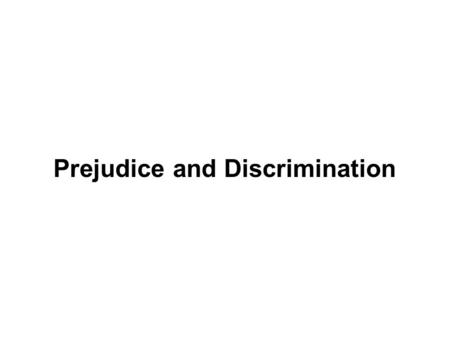 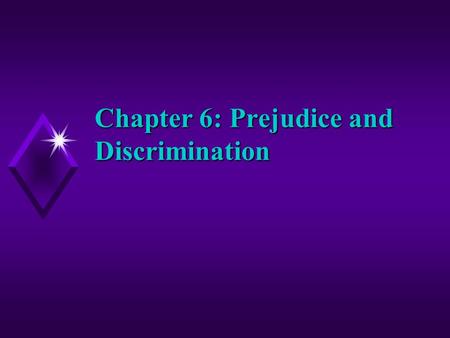 Chapter 6: Prejudice and Discrimination. Defining Terminology u Prejudice- negative attitude toward members of some social group u Sexism- prejudice based.