Presentation on theme: "Objectives Read about America’s economic problems during the late 1920s. Understand how the Great Depression started. Find out how the Depression affected."— Presentation transcript:

1 Objectives Read about America’s economic problems during the late 1920s. Understand how the Great Depression started. Find out how the Depression affected Americans. Explore President Hoover’s response to the Depression.

3 Why did the economy collapse after the stock market crash?
The prosperity many Americans enjoyed came to a sudden halt in 1929. During the Great Depression, poverty and desperation became a way of life.

4 Despite President Hoover’s optimistic outlook, the economy had weakened during the 1920s.
Older industries such as mining, railroads, and clothing manufacturing had declined. So too, had agriculture. Yet stock prices continued to skyrocket.

5 Many Americans had bought stocks on margin, gambling that prices would continue to soar.
They lost their gamble in October 1929, when stock prices began a rapid slide. Brokers who had lent people money to buy stocks on margin called in the loans. Many people could not pay, so they sold their stocks. Stock prices dropped even more.

7 The stock market crash alone, however, was not the only symptom of the Depression.
Great Depression Overproduction Business failures Banking crisis Unemployment

8 Two key industries—housing and automobiles—were hit especially hard.
Overproduction resulted in a huge supply of goods. Many people, however, had cut back on spending. Most people who could afford cars or houses had already bought them, so prices fell quickly.

9 A banking crisis also contributed to the Depression.
Many people were unable to repay their loans. Banks also lost money on the stock market. When they ran out of money, the banks went out of business.

10 Terrified depositors ran to their banks, demanding their money.
Many found that their money was gone.

12 With factories and businesses closing, more workers lost their jobs.
By 1933, some 13 million people were unemployed. Some resorted to selling apples and pencils on the street. Even those with jobs suffered from pay cuts.

14 As the Depression worsened, poverty swept across the country.
In earlier times, people could rely on their own farms to get by. Now, urban Americans struggled to feed their families. People lined up for food at soup kitchens run by churches and other charities.

15 The Depression was especially hard on families.
Couples Fathers Children They put off marriage. Many had to leave home in search of work. Children often went hungry. When they did marry, couples had fewer children. Ashamed, some deserted their families. Many could not attend school.

16 The homeless built makeshift shelters on the outskirts of the cities.
They called the shantytowns Hoovervilles.

Download ppt "Objectives Read about America’s economic problems during the late 1920s. Understand how the Great Depression started. Find out how the Depression affected." 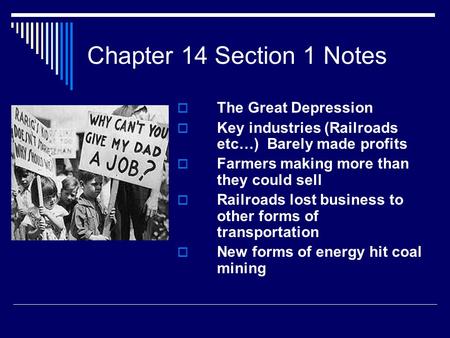 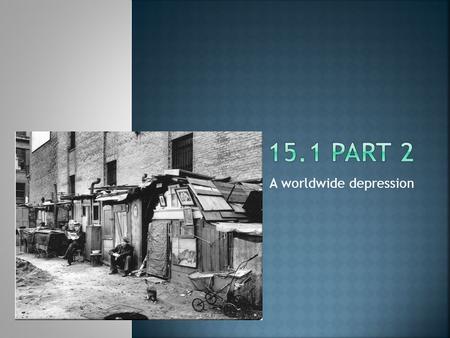 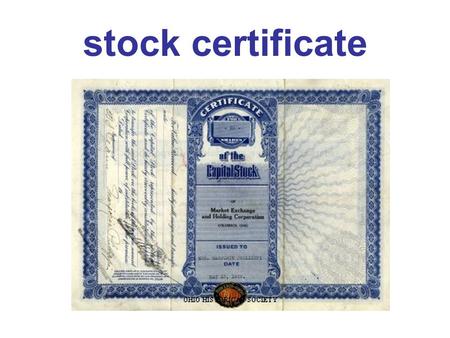 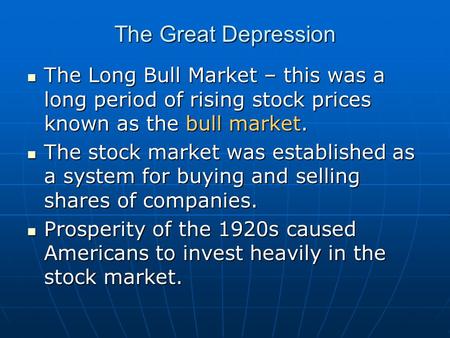 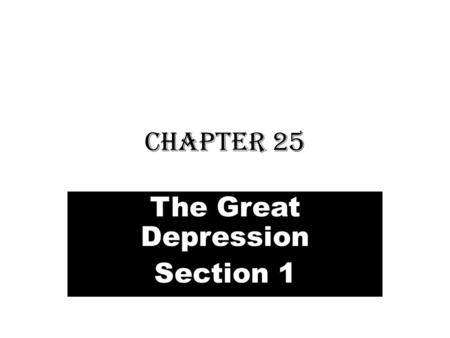 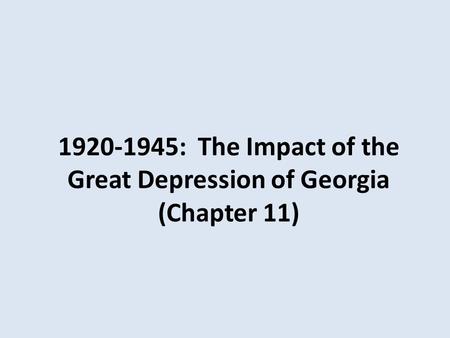 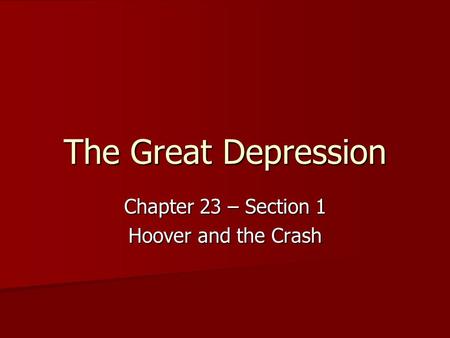 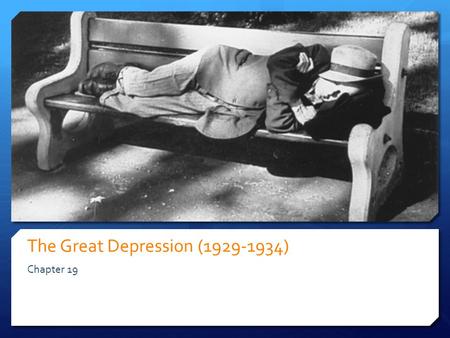