Presentation on theme: "TB and HIV: Tightly Linked… and Why We Should Care."— Presentation transcript:

1 TB and HIV: Tightly Linked… and Why We Should Care

2 In 10 minutes…. How are TB and HIV related? Problems arising from treating one pt with two diseases Solutions of Union and other partners Challenges of integrated care ….and what does the future hold?

10 Geographical distribution of estimated HIV- positive TB cases, 2006 For each country or region, the number of incident TB cases arising in people with HIV is shown as a percentage of the global total of such cases. AFR* is all countries in the WHO African Region except those shown separately; AMR* excludes Brazil; EUR* excludes the Russian Federation; SEAR* excludes India.

14 What are some challenges of providing integrated care? One patient, two diseases…and one health system – From AIDS “exceptionalism” to integration Disparity re: funds, govt interest/prioritization, activism NTPs and NAPs haven’t talked to each other Different points of view – How do we prevent TB transmission? Infection control issues heightened – Who does HIV care after completion of TB tx? – For patient: access to services, drug load and interactions, double stigma

Download ppt "TB and HIV: Tightly Linked… and Why We Should Care." 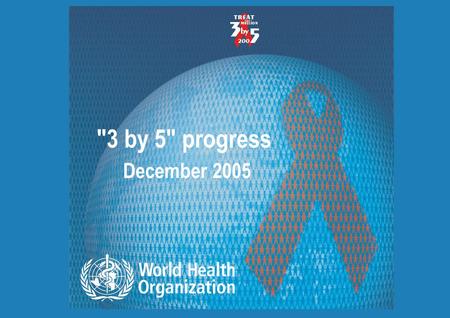 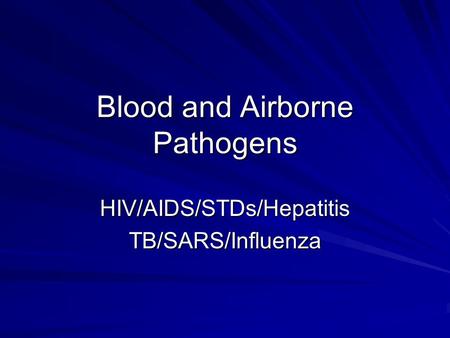 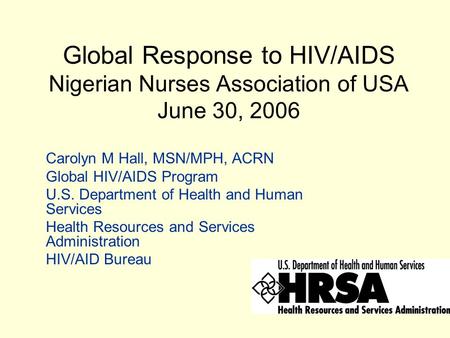 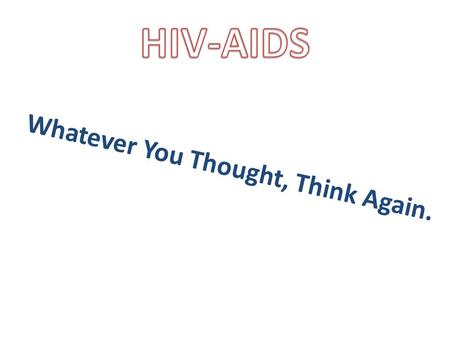 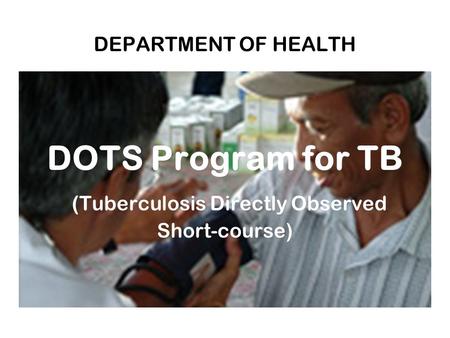 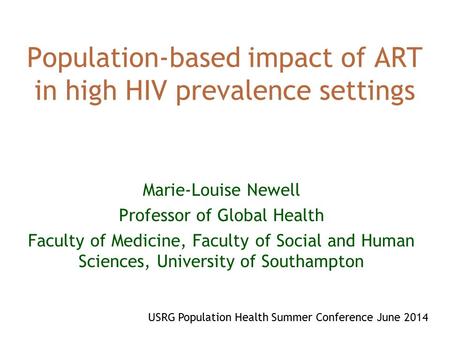 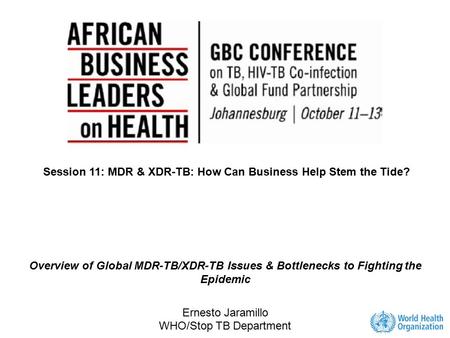 Session 11: MDR & XDR-TB: How Can Business Help Stem the Tide? 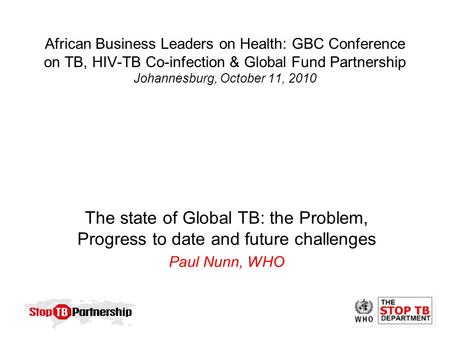 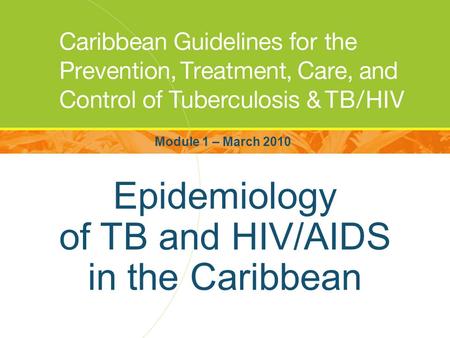 Epidemiology of TB and HIV/AIDS in the Caribbean Module 1 – March 2010. 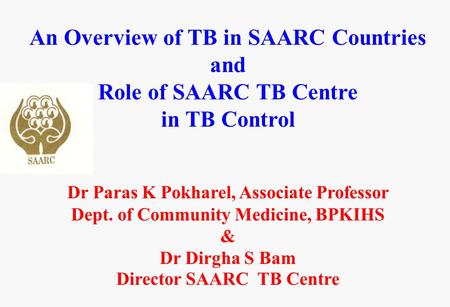