Servant Leadership. “Do those served grow as persons; do they, while being served, become healthier, wiser, freer, more autonomous, more likely themselves.

Presentation on theme: "Servant Leadership. “Do those served grow as persons; do they, while being served, become healthier, wiser, freer, more autonomous, more likely themselves."— Presentation transcript:

2 “Do those served grow as persons; do they, while being served, become healthier, wiser, freer, more autonomous, more likely themselves to become servants?” - Robert Greenleaf, 1977

3 Servant Leader A servant leader serves constituents by working on their behalf to help them achieve their goals, not the leader’s own goals. Places service before self-interest Listens first to express confidence in others Inspires trust by being trustworthy Focuses on what is feasible to accomplish Lends a hand Provides tools

5 Servant- Leadership Defined Servant leadership is defined as an approach to leadership development, which emphasizes the leader’s role as steward of the resources (human, financial and otherwise) provided by the organization. It encourages leaders to serve others while staying focused on achieving results in line with the organization’s values and integrity.

6 Modern Concept Modern Concept started with Robert Greenleaf  Published “The Servant as Leader” in 1970  Led to further essays from Greenleaf as well as others, especially in recent years

7 Concept History Concept of Servant Leadership is thousands of years older than Greenleaf’s ideas. Chanakya or Kautilya, the famous strategic thinker from ancient India, wrote about the topic in his 4 th century B.C. book Arthashastra:  “ the king [leader] shall consider as good, not what pleases himself but what pleases his subjects [followers]”  “ the king [leader] is a paid servant and enjoys the resources of the state together with the people”.

8 Concept History The concept in the west can be traced back, at least partly, to various aspects of religious doctrine.

9 The Concept Father Robert Greenleaf is recognized as the father of servant leadership. In 1977, Greenleaf described servant leadership in this manner:  “ It begins with the natural feeling that one wants to serve, to serve first. Then conscious choice brings one to aspire to lead… The difference manifest itself in the care taken by the servant-first to make sure that other people’s highest priority needs are being served. The best test, and difficult to administer, is: do those served grow as persons, do they grow while being served, become healthier, wider, freer, more autonomous, more likely themselves to become servants?”

11 Listening Leaders valued for communication skills and decision making skills Reinforced by deep commitment to listening intently to others Leaders seek to identify and clarify will of group Listen receptively to what is said and not said Listening encompasses getting in touch with inner voice and seeking an understanding of the body, spirit and mind are communicating.

12 Empathy Leaders strive to understand and empathize with others. People need to be accepted and recognized for their special and unique spirit.  Assume good intentions of coworkers and not reject them as people  Even if forced to reject behavior or performance

13 Healing Powerful force for transformation and integration Great strength of servant leader, potential to heal self and others. Greenleaf writes, “There is something subtle communicated to one who is being served and led if, implicit in the compact between the servant-leader and led is the understanding that the search for wholeness is something that they have.”

14 Awareness General awareness and self-awareness, strengthens the servant-leader. Making a commitment to foster awareness can be scary One never knows that one may discover! “ Awareness is not a giver of solace – it’s just the opposite. It disturbed. They are not seekers of solace. They have their own inner security.” -Greenleaf

17 Foresight Enables leaders to understand lessons from the past, realities of the present, and the likely consequence of a decision in the future. Deeply rooted in the intuitive mind

18 Stewardship Greenleaf’s view of all institutions was one in which CEO’s, staff, directors, and trustees all play significant roles in holding their institutions in trust for the greater good of society.

19 Commitment to the Growth of Others Servant-leaders believe that people have an intrinsic value beyond their tangible contributions as workers. Servant-leaders are deeply committed to a personal, professional, and spiritual growth of all individuals in the organization.

20 Building Community As we’ve shifted to larger organizations, there is still a need to build a sense of community.

Download ppt "Servant Leadership. “Do those served grow as persons; do they, while being served, become healthier, wiser, freer, more autonomous, more likely themselves." 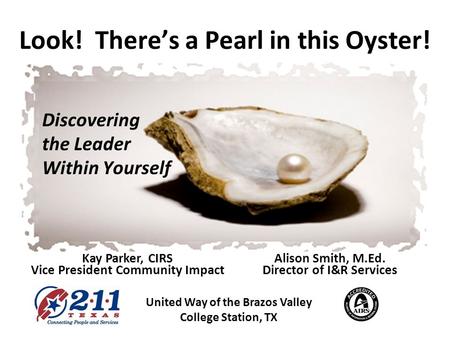 Look! Theres a Pearl in this Oyster! Discovering the Leader Within Yourself United Way of the Brazos Valley College Station, TX Kay Parker, CIRS Vice President. 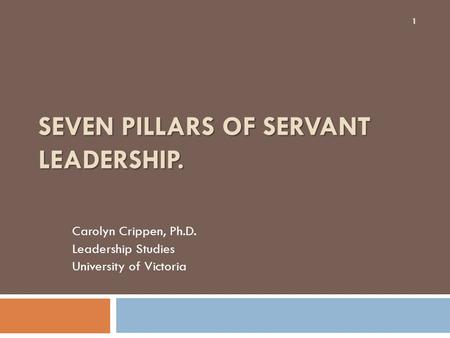 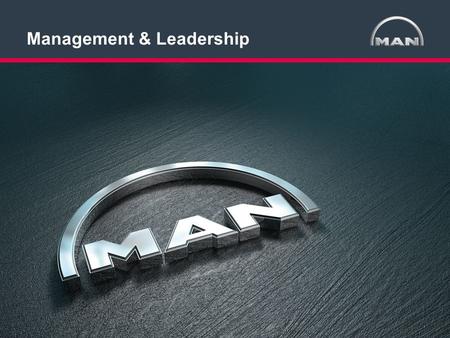 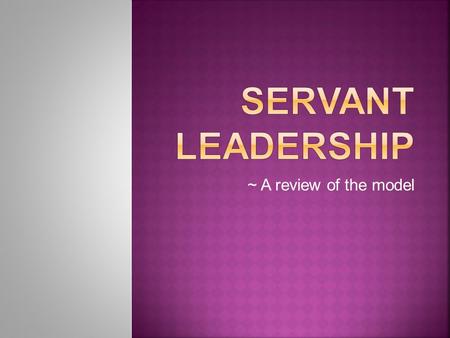 ~ A review of the model.  Listening – Actively supporting their subordinates by honing in on unspoken cues  Empathy – Making an effort to understand. 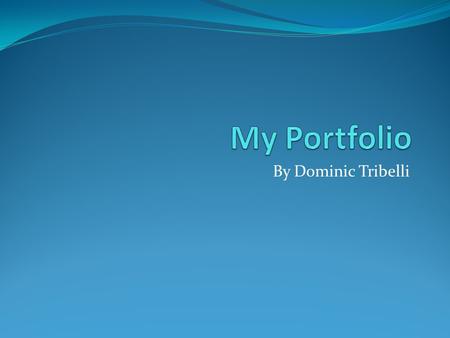 By Dominic Tribelli. Outcome #12 Student will show evidence of goals and objectives that were planned and achieved Target Class – HDF 190 Additional Experiences. 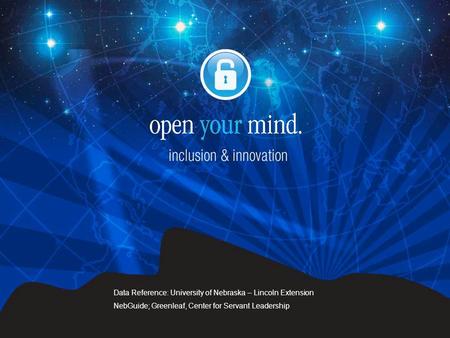 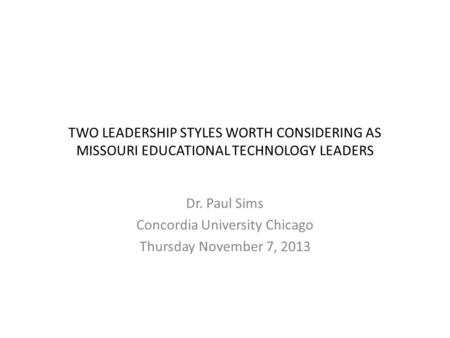 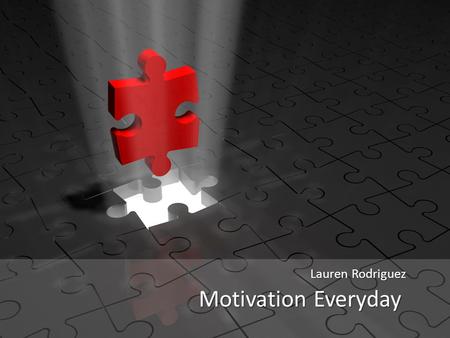 Motivation Everyday Lauren Rodriguez. 5 The Struggle Is Real The Lesson of Sisyphus What We Can Do Behavioral Modeling Each Day Ten Traits of. 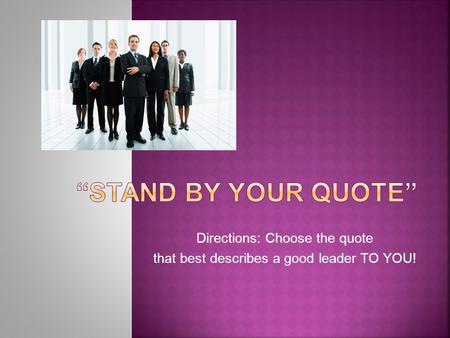 Directions: Choose the quote that best describes a good leader TO YOU! 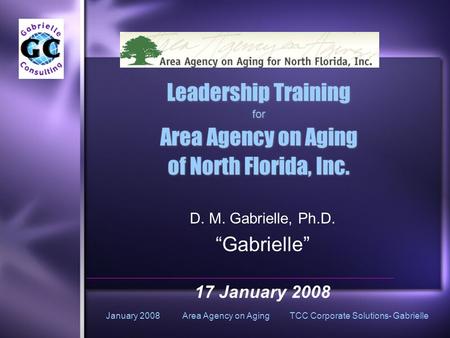 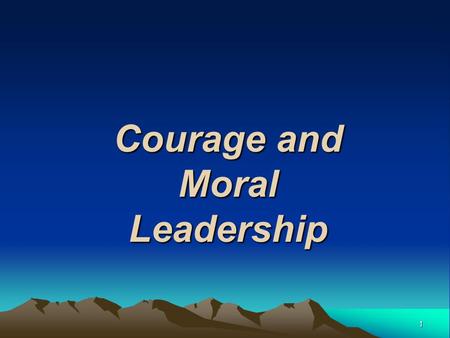 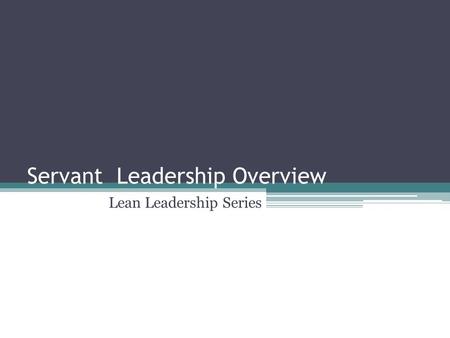 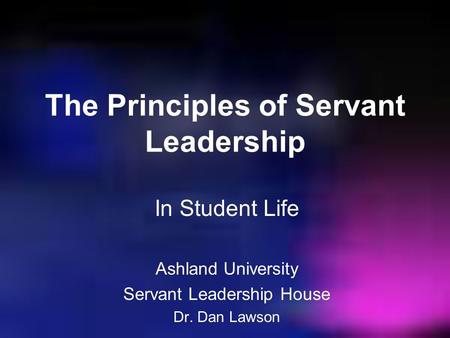 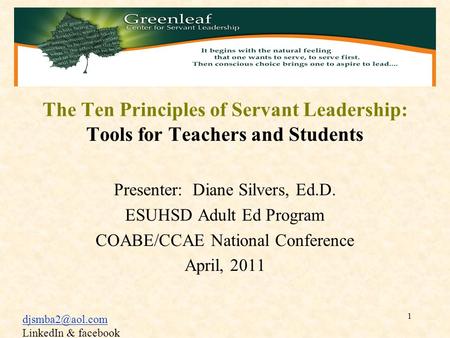 The Ten Principles of Servant Leadership: 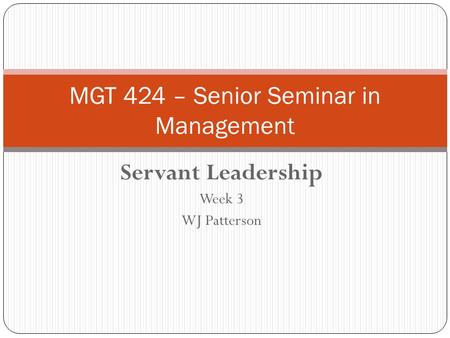 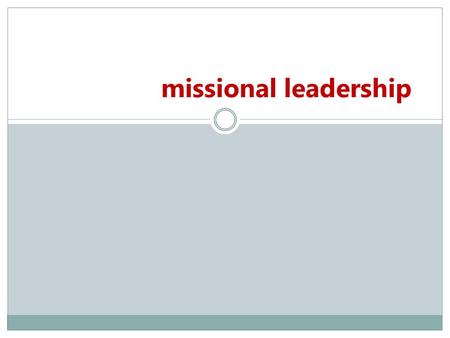 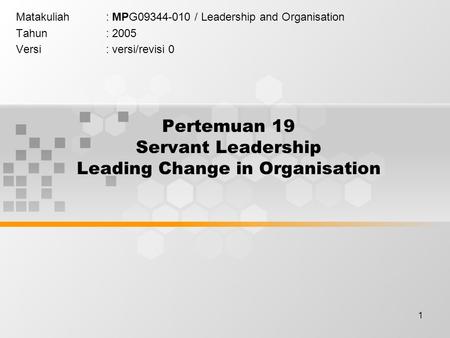 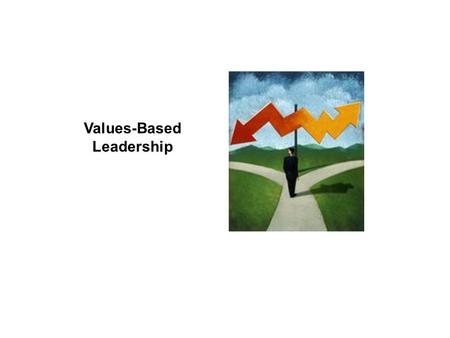 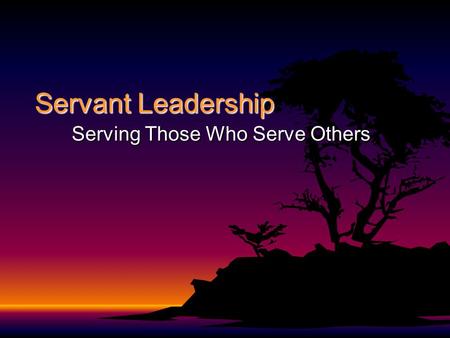 Servant Leadership Serving Those Who Serve Others. 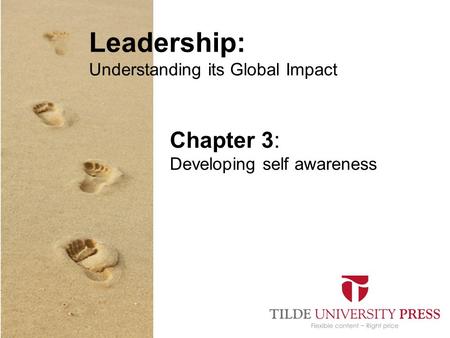