1 Ff BY THE NUMBERS Missouri in FY 2012 $50 Million: NSF funds awarded 27 th : National ranking in NSF funds 25: NSF-funded institutions 253: NSF grant awards 2: NSF research centers/facilities EXAMPLES OF NSF-FUNDED SCIENTIFIC RESEARCH IN MISSOURI EXAMPLES OF NSF-FUNDED EDUCATION PROGRAMS IN MISSOURI Coalition for National Science Funding (CNSF)  1527 Eighteenth Street, NW  Washington, DC 20036  www.cnsfweb.org Missouri The Graduate Teaching Fellows in K-12 Education (GK-12) at Washington University in St. Louis, Missouri have incorporated their research in structural engineering into modules for the K-12 classroom that illustrate how math, science, construction, economics, engineering and globalization are intertwined. Using these modules, partner secondary schools have aligned with Mukogawa Women's University Junior and Senior High School in Japan to discuss earthquakes and the different measures taken in each country to provide safe, economical, and seismically designed structures. Scientists at the University of Missouri-St. Louis are currently studying the evolutionary rate of malaria in order to better understand the virus and other infectious pathogens. With NSF support, Freight Pipeline Company (based in Columbia, MO) discovered a solution to freeze-thaw problems in bricks made of fly ash, and the company began developing a commercial manufacturing process. Fly ash products were once thought to present potential health hazards by emitting mercury vapor into the air. However, researchers found that fly ash bricks not only do not emit mercury, they actually absorb mercury from the air. Faculty and students at the University of Missouri are investigating new ways to monitor walking and other movement patterns of elderly residents in their own homes. The group's research will assist health care providers in identifying potential health problems and keep older adults independent longer. Over a five-year grant period, the Midwest Apex Project (MAP) is awarding 84 MAP scholarships, averaging $5,600 per year, and 81 MAP incentive awards of $600 per award. The program targets baccalaureate majors in biology, chemistry, computer science, engineering technology and mathematics at Missouri Western State University (MWSU). The awards aim to enhance student retention through graduation and increase placement of students in applied learning opportunities with regional employers. THE NATIONAL SCIENCE FOUNDATION (NSF) is the only federal agency whose mission includes support for all fields of fundamental science and engineering.

2 Missouri Coalition for National Science Funding (CNSF)  1527 Eighteenth Street, NW  Washington, DC 20036  www.cnsfweb.org THE NATIONAL SCIENCE FOUNDATION (NSF) not only funds cutting-edge research at institutions across the country, NSF’s education initiatives ensure the U.S. will remain a global leader in innovation for generations to come. INVESTMENT IN SCIENCE = INVESTMENT IN MISSOURI Researchers from the Mobile Computing Laboratory at Washington University in St. Louis are working on a project to develop a new generation of software that allows people to work together on complex problems anytime and anywhere using wireless devices. CiAN, which stands for Collaboration in Ad hoc Networks, uses workflow technology, which has been adapted to mobile networks, to coordinate the efforts of everyone involved in an activity without the need for external resources like enterprise servers and fixed networks. CiAN has the potential to enable a new class of applications and interaction styles that consider both the spatial and temporal dimensions of the activity and the needs and capabilities of the participants. Areas of immediate applicability include geological surveys, emergency disaster response, remote construction sites and field hospital management. Researchers at Texas A&M, Missouri University of Science and Technology and the University of Toronto have collaborated on a project exploring how to capture the function of a natural system to generate new design ideas. They have discovered that natural systems may be modeled functionally as if they were engineered systems. By looking to nature for inspiration, engineers and designers can draw upon a multitude of design elements to solve design problems, increasing structural integrity and energy efficiency for infrastructure. Researchers are working to improve bridge safety in Missouri as a model approach for the nation. Vulnerable bridges are equipped with sensors that monitor the bridge's structural condition and utilize networks that can manage high-performance queries over wireless sensor networks. A particular research target is the Bill Emerson Memorial Bridge in Cape Girardeau, Missouri, which crosses the Mississippi River and lies within the New Madrid seismic zone. In 2008, research expenditures for all University of Missouri campuses totaled $326.7 million, primarily occurring on the Columbia campus. Every dollar spent on university research in the state of Missouri is estimated to generate an additional 94 cents of spending in the state‘s economy. The Missouri Economic Research and Innovation Center estimates that the University of Missouri’s Columbia campus‘s 2006 research expenditures directly and indirectly supported 9,746 jobs. https://uminfopoint.umsystem.edu/media/ed/Economic%20Reports/impact.pdf https://uminfopoint.umsystem.edu/media/ed/Economic%20Reports/impact.pdf 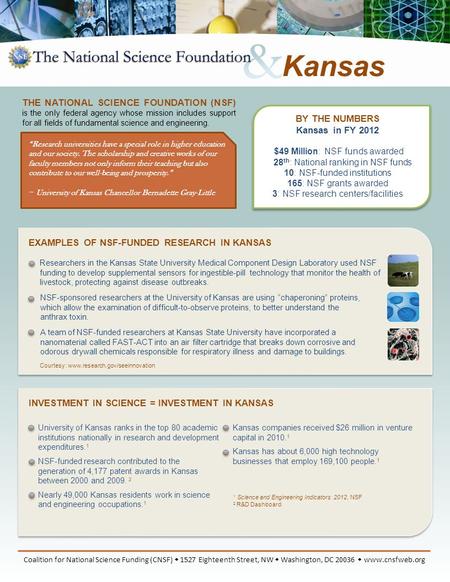 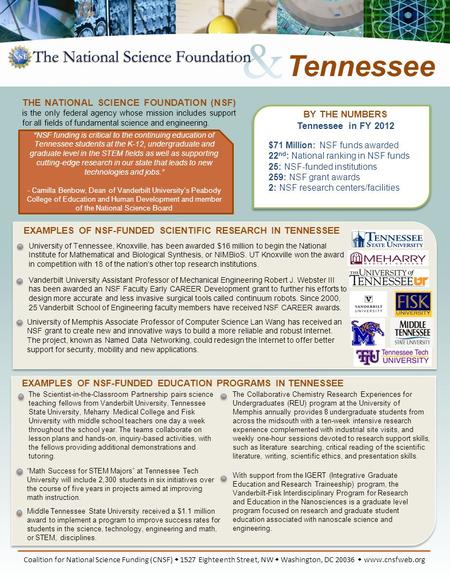 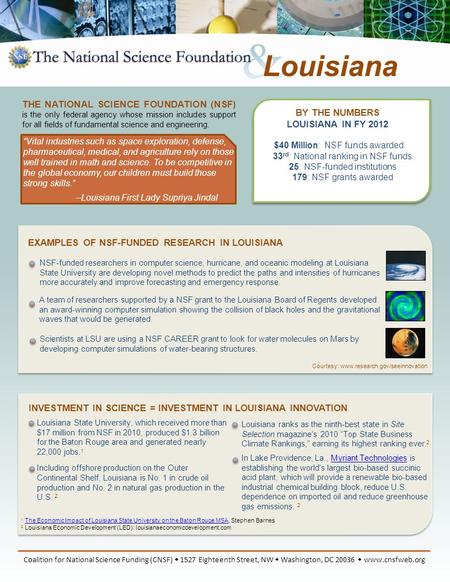 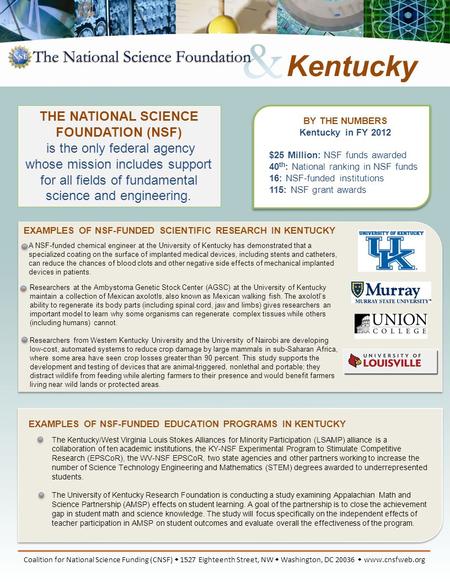 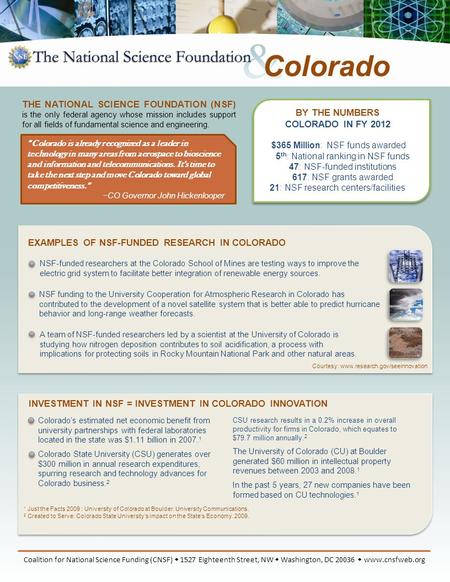 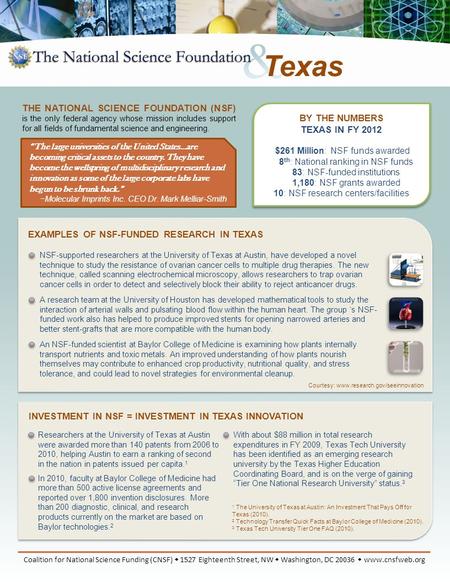 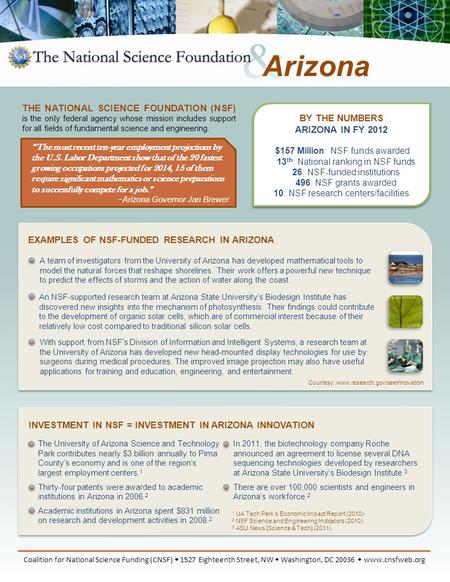 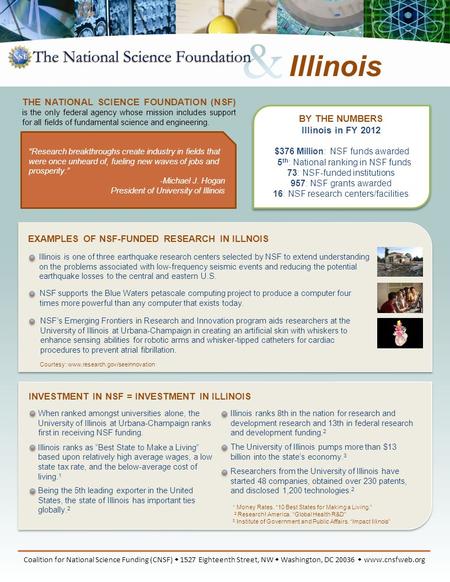 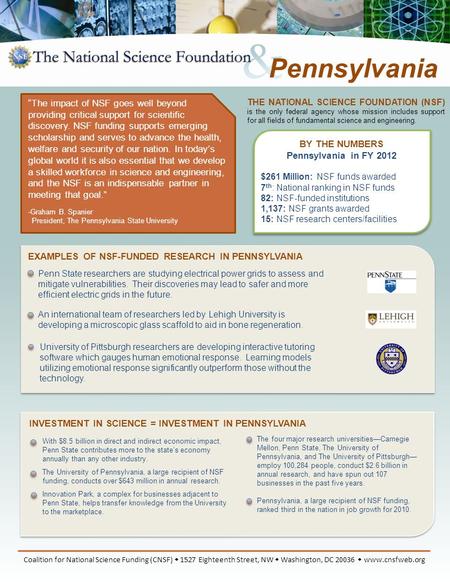 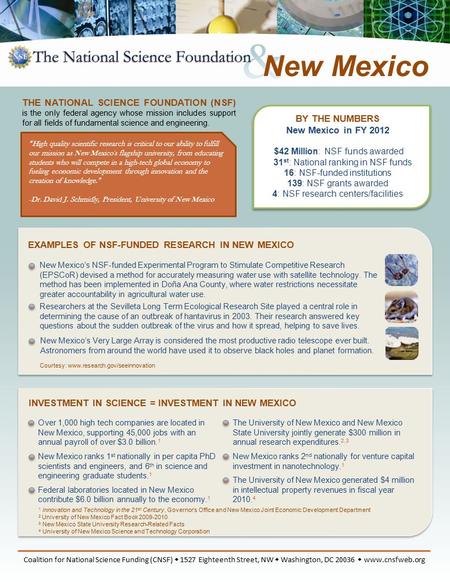 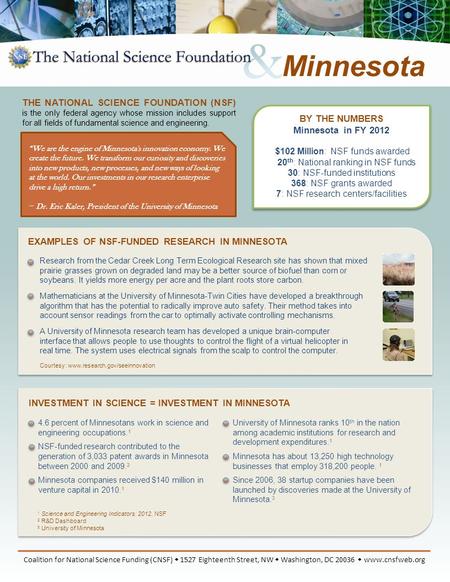 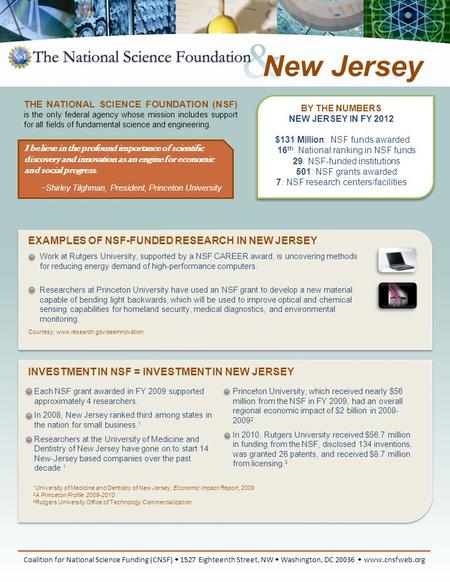 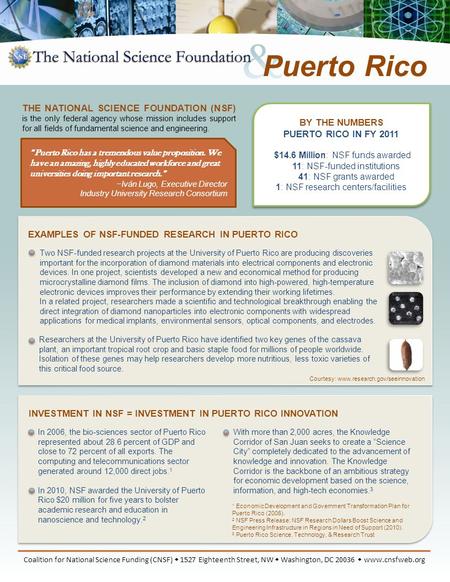 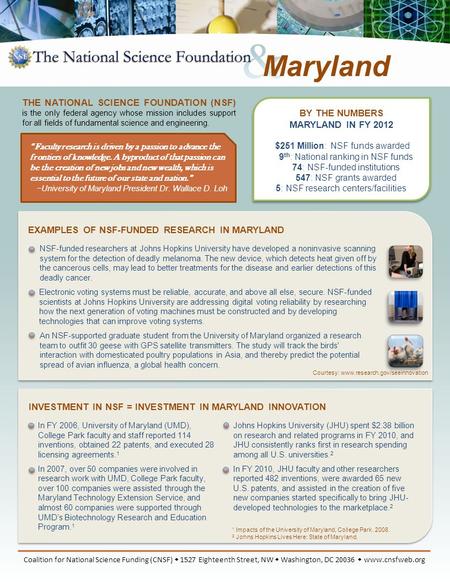 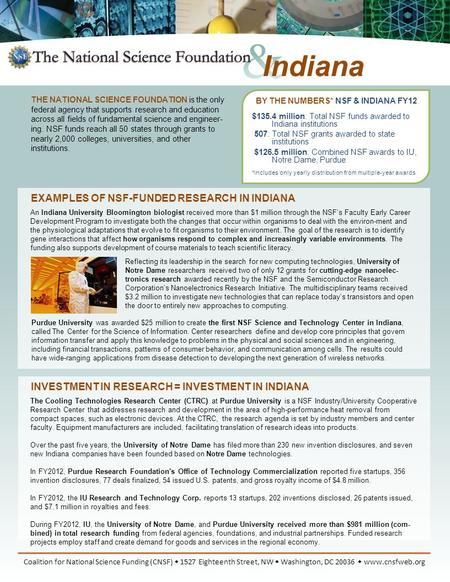 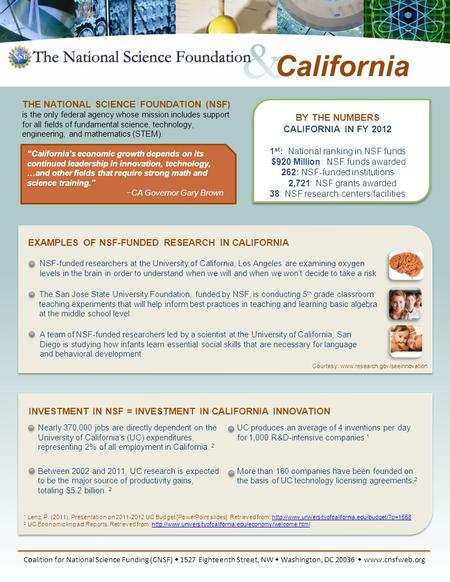 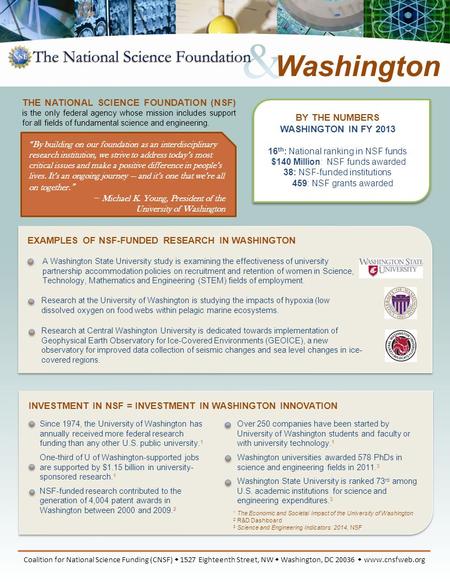 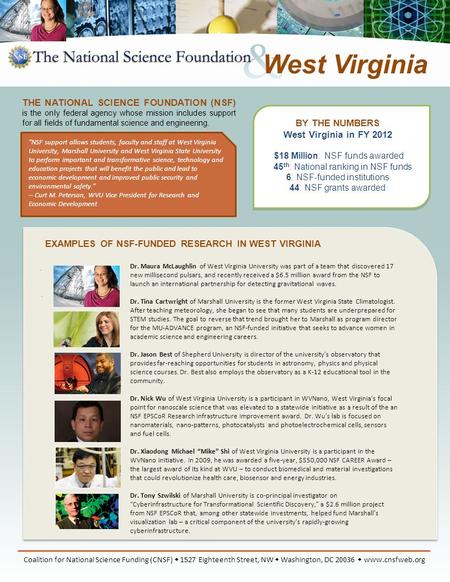 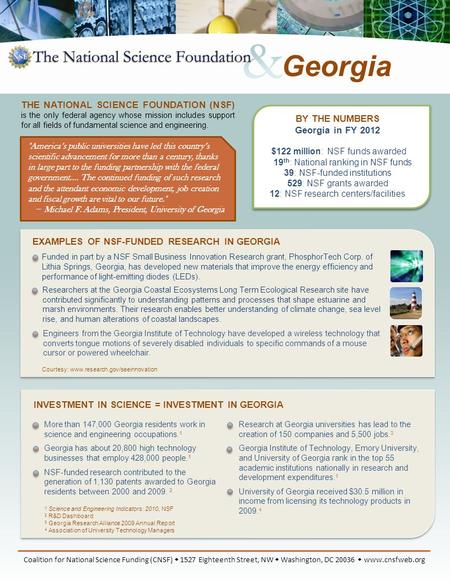 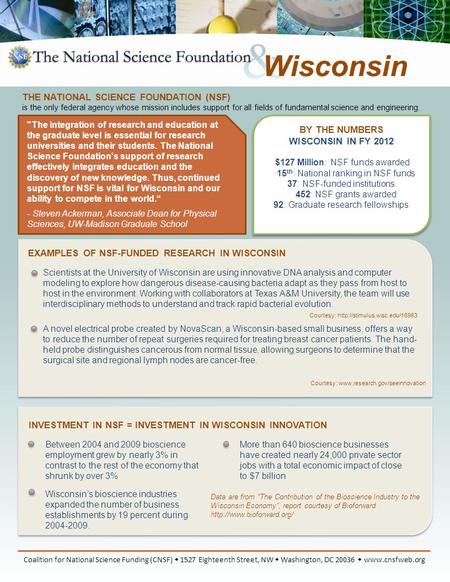