2 What Are We Going to Learn?
Why did Europeans come to North America? How was New Jersey colony divided and settled? Why did the colonies want independence from Britain? Why and how was the new Constitution written? How did new forms of transportation change New Jersey?

4 Lesson 3 Vocabulary constitution- debt- A plan of government
Something owed to someone else, often money

6 Lesson 3 Vocabulary Parliament- Patriot-
The lawmaking body of the British government. Patriot- A colonist who wanted independence from Britain

8 Lesson 3-The American Revolution
Why did the colonies want independence from Britain?

9 The British Colonies Spain, France, and Britain (England) claimed land in North America. Over time this created conflicts and wars began. After nine years of fighting, Britain gained Canada and all the land east of the Mississipi River

10 The British Colonies Effects of French and Indian War-
Parliament believed the colonists should help pay for the war by taxing them 1764- tax on sugar and other goods coming into the colonies 1765- Stamp Act- colonists had to pay a tax on paper goods. Tea Tax Colonists were angry because they had no representation in Parliament (someone speaking up for them) and they wanted the same rights as British citizens.

12 Tension Grows Many people tried to reason with Parliament and wrote them letters and published their opinions of the unfairness in newspapers. Response to Taxes: Benjamin Franklin went to speak to Parliament and warn them that the colonists would fight to keep their freedom; Parliament didn’t listen. Sons of Liberty- formed in Massachusetts. Encouraged other colonists to boycott British goods.

15 The Revolution Begins 1775- British troops marched into the Massachusetts countryside. Battle at Lexington- first battle in the American Revolution May- Second Continental Congress: created a Continental Army and made George Washington the leader of the army. July 4, Second C.C. approved the Declaration of Independence. This document listed the colonists’ rights as citizens and their reasons for wanting freedom from Britain.

17 The War in New Jersey How was New Jersey affected by the American Revolution?
Previous conflicts with Britain: Lenape and settlers land dispute Debts- Britain limited the amount of paper money that could print, people were desperate and wanted to take action against the British. New Jersey Statehood: Colonists were divided at first- loyalists and patriots 1776- British government was replaced by William Livingston Adopted a new constitution (plan of government) Declared N.J.’s independence Was no longer a British colony but an independent state

20 The War Ends August Washington marched his army across New Jersey to join the French at Yorktown. October 19, 1781 British troops surrendered at Yorktown, Virginia. That was the last major battle of the American Revolution. American Revolution officially ended September 1783 with the signing of the Treaty of Paris. Treat of Paris: Recognizes the United States of America as an independent nation. 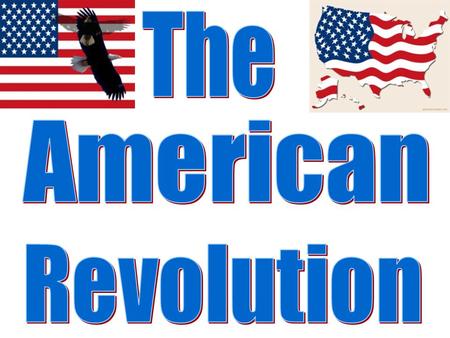 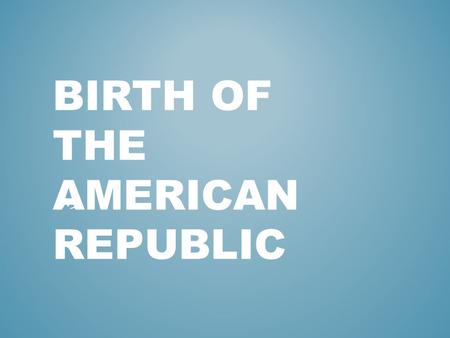 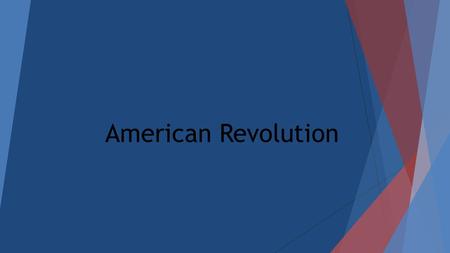 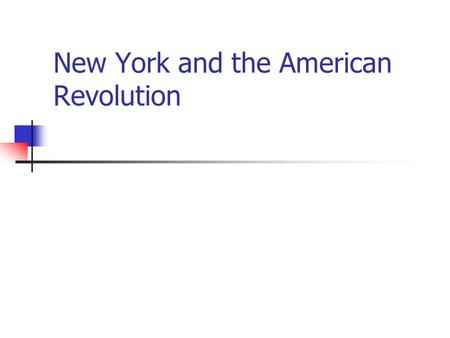 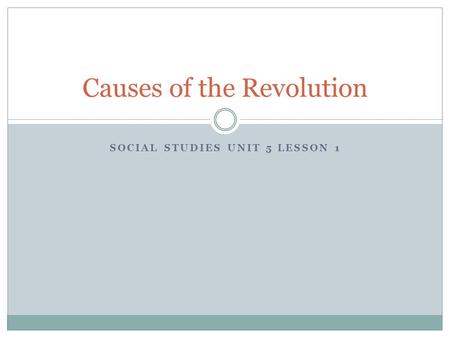 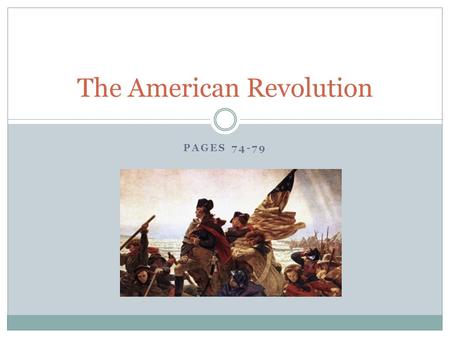 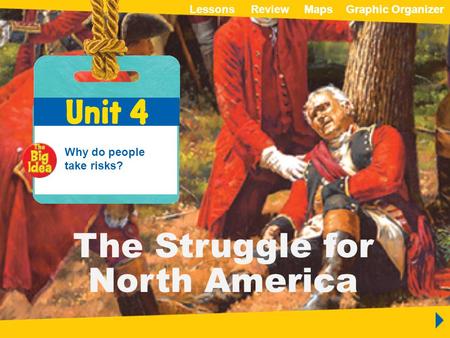