1 Teleconference 2 1.Guest speakers in May 2.Policy Brief Project The Employer and Health Insurance

2 Homework 1.Explain the phenomena of adverse selection. How does it apply to the health-care industry? How does insurance linked to employment tend to overcome this problem as it relates to health insurance? How does this relate to insurance exchanges? 2.What is the relationship between risk pooling, affordability, and mandates within a healthcare system? How does the Affordable Care Act deal with these issues? What are some of the unintended consequences that might occur?

4 Employer Provision of Insurance We’ve discussed demand for healthcare, the demand for insurance, and how that changes incentives Now want to talk more about insurance markets. About half of the US population receives insurance through their employer Currently about 45% of expenditures are publicly funded while 55% privately funded. In 1980 public funds accounted for 40% Out of pocket payments have declined: 1970=36.9% of healthcare consumption, 2000=15.6%, 2010=12.2%, 2011=12.5%. Most of this has gone into premiums

5 Role of the Employer No other country really has the mix of public and private coverage. How did this occur? Great Depression – Blues WWII wage and price controls IRS ruled benefits not part of taxable income (about $62 billion) Basically all this was an accident But had some good characteristics – Hidden mandate, logical risk pool,

6 Changes over time Employer-based coverage peaked in the 1980s and has been slowly declining. Movement away from community rating to experience rating. “quasi-social insurance” nonprofit Blues with large firms. Unions played key role Movement of for-profit insurance moved toward experience rated plans Movement to self insure

7 Flaws in System Administrative costs – on the order of 13-16% of premium. Does not include administrative costs on the provider or employer’s side. Allocation of costs – higher wage workers pay less when account for tax savings Labor relations Misaligned incentives

12 The employee’s contribution is larger in small firms, and the difference has increased over the years.

13 Workers in “high wage” firms tend to not only have better coverage, but they also pay a lower percentage of the premium (24% vs 34% for family coverage.

14 PPOs are still the largest type of insurance. Note the decline in the HMO, but even in its prime, it was not the dominate model. Also the large rise in HDHP/SO is recent years is significant. The percentage of HSAs has increased pretty dramatically. About 30% of firms offered a HDHP/SO option in 2012. In 2010 it was 15%.

15 The percent of workers with a large deductible has increased for all firms, both large and small. Note this includes HSAs, but it also shows the movement into less generous insurance

16 So while offer rates have declined a little – but not as much as you would think – the insurance has become less generous. This is especially true for small and low wage firms.

17 Self insurance has become more prominent – among large firms Benefits include exemption from state regulations and state insurance premium taxes (as per ERISA). Requires large pool of enrollees to spread risk sufficiently. This should be a target for ACOs. Another big trend we have seen is the decline in firms offering retiree health benefits. In 1988, about 66% of large firms (200 or more employees) offered retiree health benefits, in 2012 it was down to 25%.

19 How Competitive Is the US Insurance Industry? The idea of insurance exchanges is that more competition will force insurers to compete and result in lower prices. Assumption is that market is competitive. However extensive consolidation (with only three challenges by DOJ). Leemore Dafny looks at multi-plant firms who deal in multiple insurance markets Firms with positive profit shocks face larger premium increases. But it is particularly large in markets with 6 or fewer carriers. A firm with higher profits will face higher premiums but only in sites served by a concentrated insurance market

20 She also finds firms are less likely to switch carriers in “good times” since this exposes them to more profit extraction. In 1998 7 percent of covered employees were in markets with 6 or fewer carriers, by 2005 (their study year end) this was 23 percent. Do we want a powerful insurance market? Note there is a delicate balance.

21 Who pays for insurance?

22 Who Pays for Insurance? Who bears the burden of the health premium? Firms hire workers based on what those workers can do for the bottom line. Workers must “earn” their compensation (at least in the long run). Otherwise firms are not profit maximizers. So in theory, a worker’s wage is lowered by an amount exactly equal to the amount of the insurance, so the worker pays the total premium by accepting a proportionate lower wage. When health premiums increase, this requires wages to fall. Inflation and increased productivity can help. But when premiums are rising faster than productivity this poses a problem. Workers do not necessarily perceive that they are paying for insurance through lower wages, but see it as something their employer does for them. So on the one hand this helps us with the hidden mandate, but also harms us since it shields the worker from the cost of insurance and healthcare. 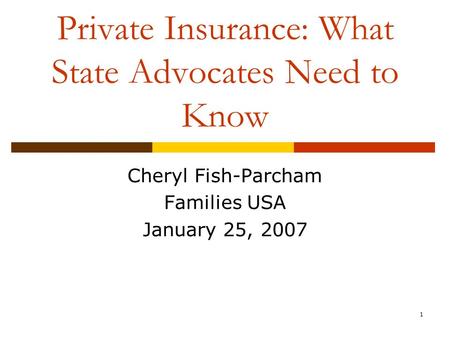 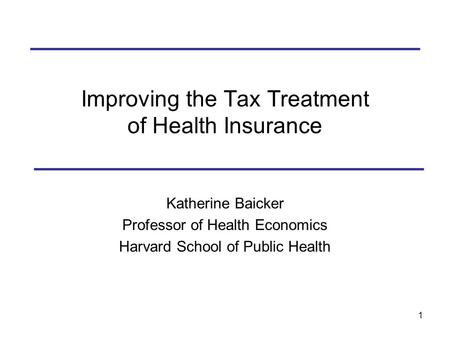 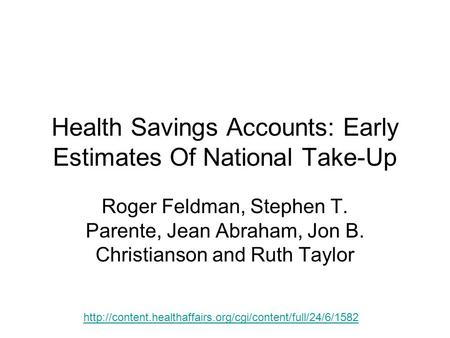 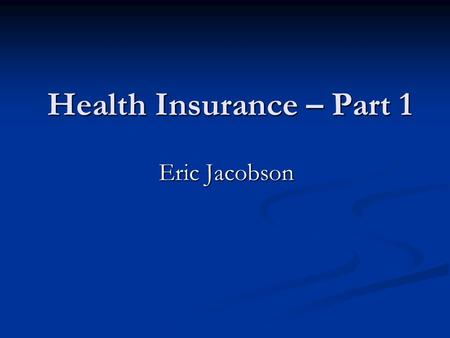 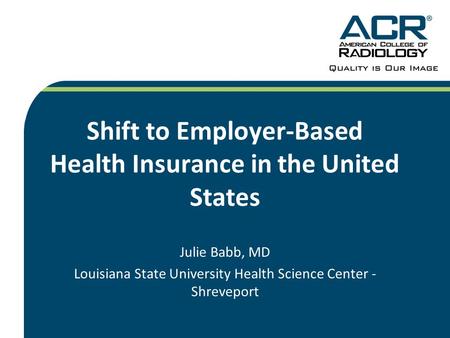 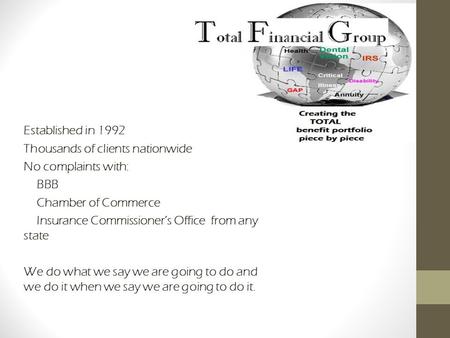 Established in 1992 Thousands of clients nationwide No complaints with: BBB Chamber of Commerce Insurance Commissioner’s Office from any state We do what. 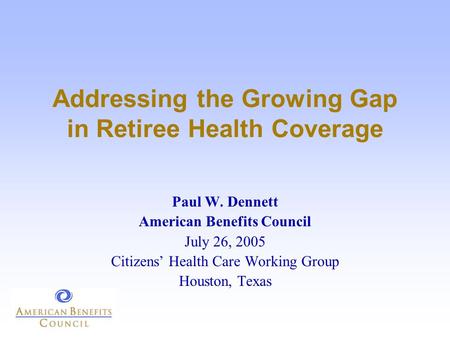 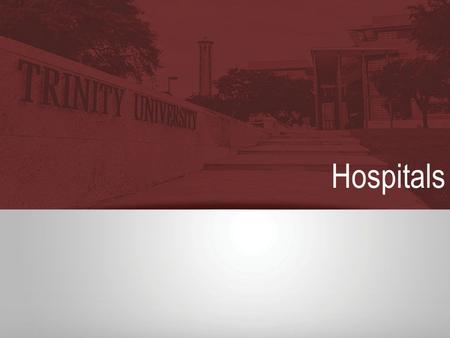 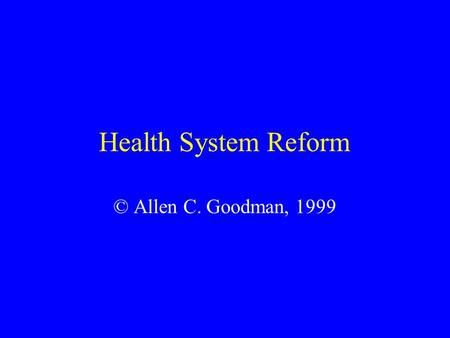 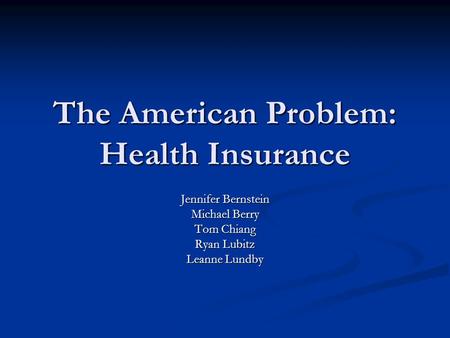 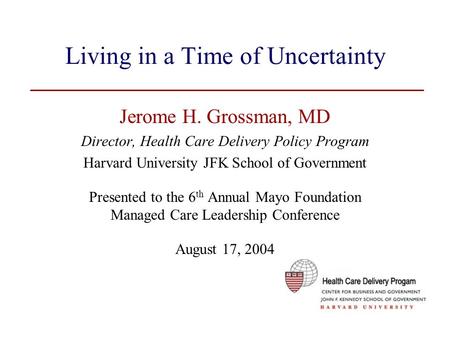 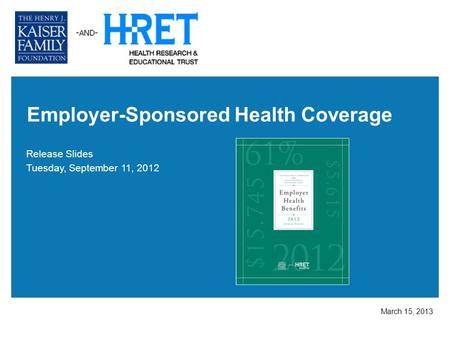 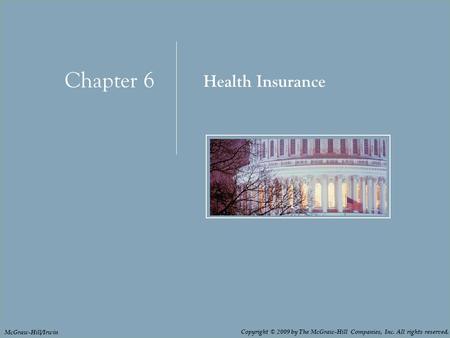 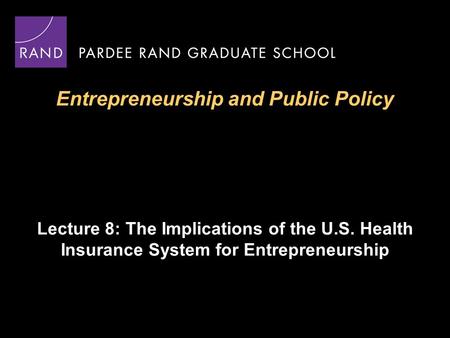