2 Issues addressed by this presentation 1.Nature and causes of the crisis in low income CIS 2.How did the crisis affect government budgets? 3.Were governments able to employ countercyclical fiscal policy? 4.If, so, how was this financed? 2

3 Key features of the economy Focus is on Armenia, Kyrgyz Republic and Tajikistan All are low income, highly open, fuel importing economies All are closely integrated with the Russian economy, through trade, capital flows and especially remittances All registered strong growth in the 2000s, benefitting from the expansion of the Russian economy, which provided a market for goods and rapid growth of remittances 3

6 Fiscal Performance prior to the crisis Fiscal balances improved in all three countries during the 2000s, prior to the crisis (slide 7) In KY and Tajikistan, fiscal consolidation was driven by buoyant revenues; in Armenia mainly by expenditure constraint Government net domestic borrowing was negligible in all three counties, making a major contribution to the fall in inflation to moderate-low levels External public debt fell sharply as percent of GDP; caused by restraints on external borrowing, debt relief, real exchange rate appreciation and strong GDP growth (slide 8) However, on budget fiscal data hide the true fiscal picture in KY and Tajikistan, where there are large QFDs from the energy sector, and the central bank in Tajikistan 6

9 How was economic crisis transmitted to the low income CIS? All three countries suffered an external shock Remittances fell by nearly a third in dollar terms in 2009, from 2008 levels, in all three countries, because of recession in Russian construction industry and depreciation of the Russian rouble Exports fell by 32 percent in Armenia and 16 percent in Kyrgyz Republic Armenia suffered a large fall in FDI Unlike middle income CIS, these economies did not suffer a reversal of private capital inflows, because they had attracted very little short term capital prior to the crisis Adjustment to the external shock was via compression of imports, which fell by 24-27 percent in dollar terms in 2009 9

10 How did the external shock effect real output? Armenia was hit very hard, with real GDP falling 14 percent in 2009 KY and Tajikistan suffered a slowdown but avoided recession (see slide 4) Private investment fell sharply in Armenia and Tajikistan: in Armenia this was a large component of aggregate demand prior to the crisis, which is one of the main reasons why the recession was so severe (see slide 11) Private consumption fell in all three countries, because the fall in remittances cut household incomes Real exchange rate depreciation dampened the impact of lower remittances on household incomes and shifted much of the burden of adjustment to lower private consumer demand to imported consumer goods, thereby avoiding severe falls in demand for non traded goods; this is partly why KY and Tajikistan avoided recession 10

12 The fiscal impact of the economic crisis There were three main channels affecting fiscal balances 1.The exogenous impact of the slowdown/fall in GDP, imports, etc, on budgets: mainly on revenue because income related expenditures are small 2.The discretionary response of governments to the crisis, mainly affecting expenditures, with the exception of VAT reductions in KY and (to a much lesser extent in Tajikistan) 3.Second round effects of discretionary fiscal stimulus measures (e.g. on revenue): these were probably small in 2009 because of implementation and transmission lags 12

14 Was there macroeconomic and fiscal space for larger deficits? Prior to the crisis, the sustainability of public debt was not a serious problem in all three countries (slide 8); hence there was potential fiscal space for larger deficits Macroeconomic space was more constrained; very shallow and highly dollarized domestic financial markets and vulnerable BOP positions were a major constraint to financing larger deficits with domestic borrowing Consequently, external budgetary resources – grants and (preferably concessional) external loans were needed to fund larger fiscal deficits 14

15 Budget revenues In all three countries revenues moved approximately in line with GDP In nominal terms, revenues fell sharply in Armenia, grew slowly in KY and more quickly in Tajikistan Indirect taxes were hit much harder than income and profit taxes and social contributions (a payroll tax), because of the fall in imports hit the indirect tax base The KY VAT rate cut (from 20 to 12 percent) exacerbated the fall in VAT receipts in that country 15

16 Government Expenditures Discretionary fiscal measures focussed on expenditure side of budgets Objectives were to provide a fiscal stimulus to aggregate demand and to enhance protection of the poor by expanding social safety nets Social payments increased faster than total spending in all three countries (slide 15) Capacity to increase expenditures differed between countries Kyrgyz Republic expanded government spending by 33 percent from 2008 levels, with large increases in social programs Spending increases were more modest in Armenia (13 percent) and Tajikistan (20 percent). Armenia was constrained by the fall in domestic revenues arising from the steep recession, Tajikistan by lack of access to more external financing 16

22 How much of a fiscal stimulus was actually given in 2009? Slide 23 shows estimates of the fiscal impulse in 2009 – the fiscal impulse is derived from the change in the cyclically neutral fiscal balance and is an indicator of the fiscal stance Only the Kyrgyz Republic was able to provide a substantial fiscal stimulus, of 8 percent of GDP The fiscal impulse in Armenia and Tajikistan was less than 0.5 percent of GDP In Armenia, the rise in the fiscal deficit was only barely able to offset the autonomous impact of the fall in budget revenue Tajikistan was only able to afford a small rise in its deficit because of constraints on external budgetary resources 22

24 How has the economic crisis affected public debt indicators? In all three countries, the crisis has led to a sharp increase in the medium term projections of public debt as a share of GDP (slide 25 – projections are from IMF country docs) The increases are the result of: i)Higher public borrowing ii)Lower GDP iii)Real exchange rate depreciation (because most public debt is external debt) Public debt is still sustainable – most was contracted on concessional terms and so NPV is lower than nominal vales - but fiscal vulnerability has increased markedly 24

26 Conclusions Low income CIS economies are closely integrated with Russia, through trade, capital flows and especially remittances Lower remittances was a major transmission channel of the global economic crisis to the low income CIS Adjustment was via compression of imports, brought about by falls in aggregate demand and exchange rate depreciation Growth slowed in Kyrgyz Republic and Tajikistan and output contracted sharply in Armenia The macroeconomic space for a fiscal stimulus depended on mobilising more external resources because of the lack of scope for domestic financing and BOP constraints Armenia and Kyrgyz Republic were able to mobilise more external resources to finance larger fiscal deficits, mainly from Russia, although only Kyrgyz Republic achieved a significant fiscal stimulus. All three countries increased government expenditures in nominal terms in 2009, with social payments rising faster than total expenditure Medium term debt to GDP ratios have worsened markedly in all three countries, reversing much of the progress made before the crisis and making fiscal positions more vulnerable 26 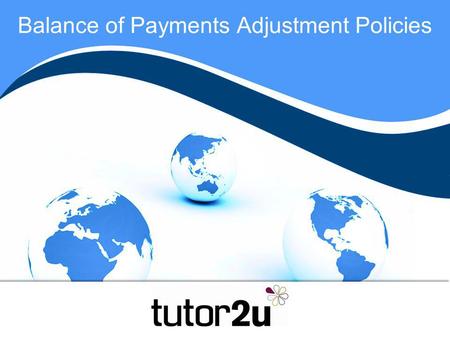 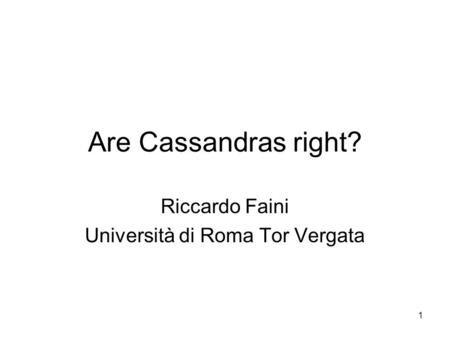 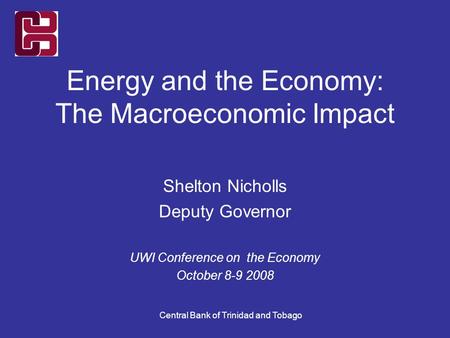 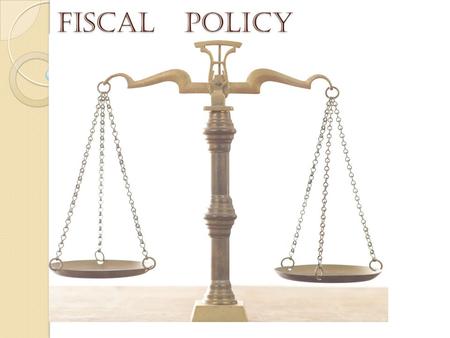 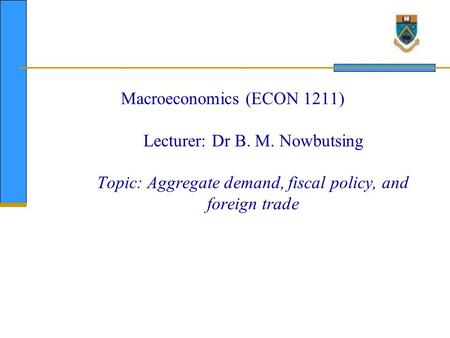 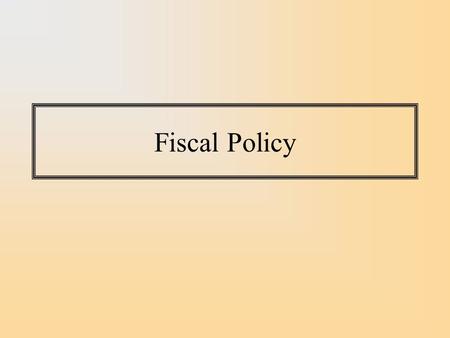