2 Christian Pesch Some basic facts: The scottish school system is integrated in the state, as the teachers are fully paid by it Scotland has a full comprehensive school system that was tridivided up to the 60‘s, as in Germany Catholic schools are always ruled by the state

3 Christian Pesch Attendance and Absence “One of the major issues currently affecting education in Scotland is the level of absenteeism in schools and the subsequent affect it has on pupil learning and educational attainment. Across the country the level of absence recorded in 1999/00 varied quite significantly from virtually zero in some primary schools to around 100 half days absence per pupil in the worst affected secondary schools. Recently there has been some indication that the levels of absence are beginning to fall. After a high in the school year 1995/96 of 46 half days absence per secondary pupil and 22 half days absence per primary pupils, the most recent figures are 41 and 19 half days respectively.“ Source:www.scotland.gov.com

4 Christian Pesch Development of number of pupils In 1872, the Education Act made parents responsible for the education of their children aged between 5 and 13 Around 1910, 200 new schools were founded Today there are roundabout 2900 publicly founded schools

5 Christian Pesch Development of number of pupils from 1970-2010 Source:www.scotland.gov.com

6 Christian Pesch Development of number of pupils Most of the Scottish pupils (about 90 %) attend public schools, private schools are the exception Independent schools basically located between Aberdeen City, Edinburgh, Glasgow, Perth and Kinros, in several other parts no private schools at all In 1972/73 the school leaving age was increased for two years

10 Christian Pesch Class sizes Maximum for primary school is 33 pupils for single stage and 25 pupils for composite stage classes In 1997 nearly 24 % of children were taught in classes of over 30 pupils, in 1999 just under 14 %

12 Christian Pesch Computer at school Though nearly every school in scotland is supposed to be linked, there are still lots of pupils and even teachers that do not have an e-mail address at school The schools we visited do not have a website in the internet!

14 Christian Pesch Leaving school The minimal age to leave school is 16 year, if you do your A-level with 17 or 18 you can go to a college or a university Since the late 80‘s pupils decide to stay longer at school, achieving higher attainment levels in order to continue education after school

16 Christian Pesch Leaving school “The destinations of pupils who left school in the years 1992-93 to 1999-00 are shown in Chart before. Over this period the percentages of school leavers entering full-time further or higher education have increased. Whilst the percentage of leavers taking up training has significantly decreased over the period, it should be noted that school leavers entering employment may also be participating in training through the Skillseekers programme.”

19 Christian Pesch School visit The St. Columba‘s High School consists of 950 pupils French is foreign language no. 1, German only no. 2, but it has still a good reputation at school (nearly 50 % are learning it) But: after next year German is not being taught before the first four years, pupils will have continue with French Basically pupils do not want to learn a foreign language  problem of motivation

20 Christian Pesch According to increasing social and other problems teachers become prepared for their new tasks, next to the teaching

21 Christian Pesch Quotations from the interviews with pupils

22 Christian Pesch “I Didn‘t want to learn German, but I had no choice“ “It is not very interesting to learn a foreign language and it‘s very hard.“ “I don‘t know anything about Germany.“

24 Christian Pesch “I don‘t like Scotland.“ „I cannot expect going abroad.“ „Scotland is cool.“ „The scottish accent is the best in the world.“ 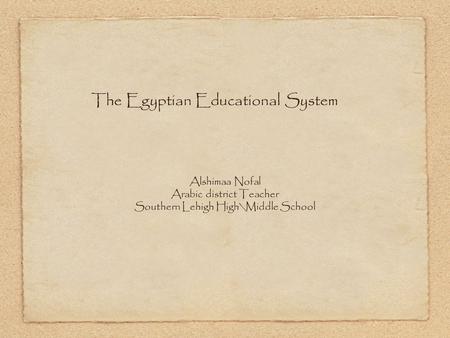 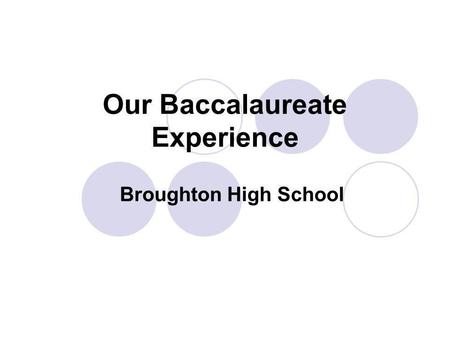 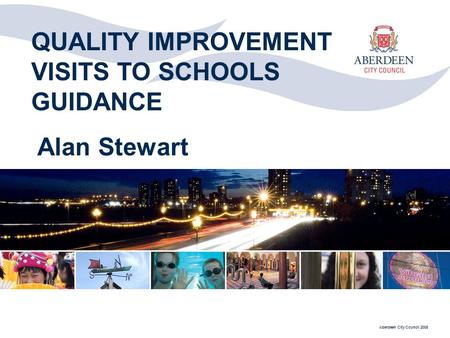 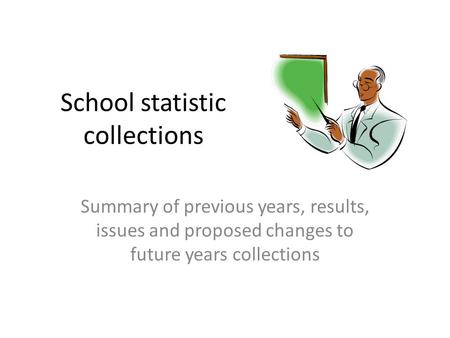 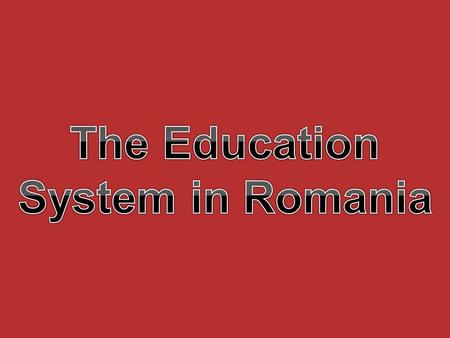 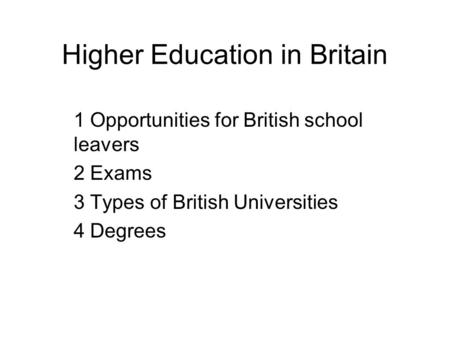 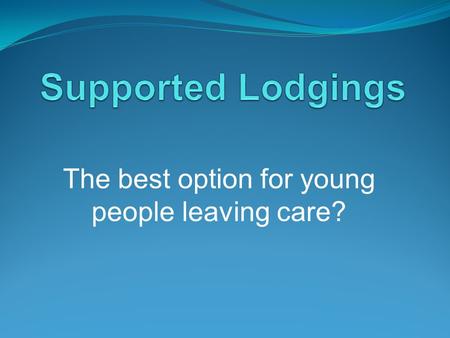 The best option for young people leaving care?. Supported Lodgings Definition. According to Broad (2008), “the term ‘supported lodgings’ has no universal. 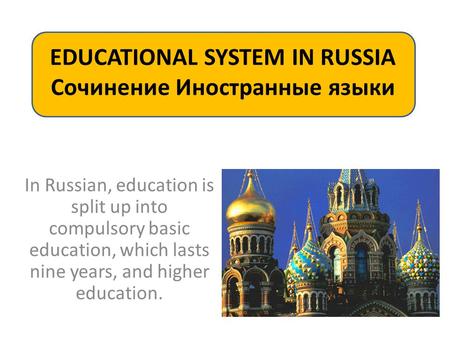 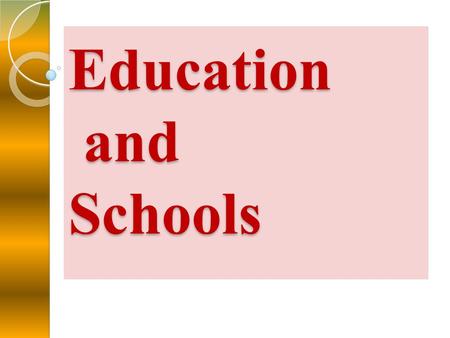 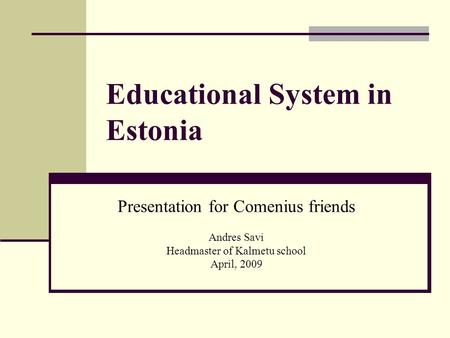 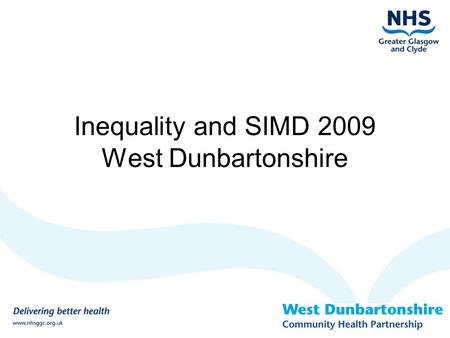 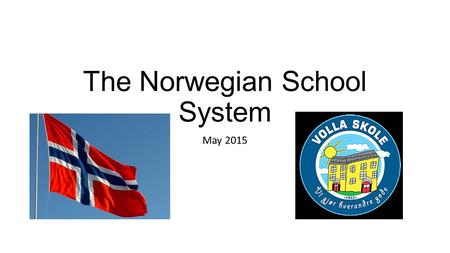 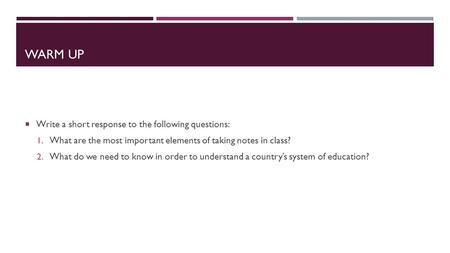 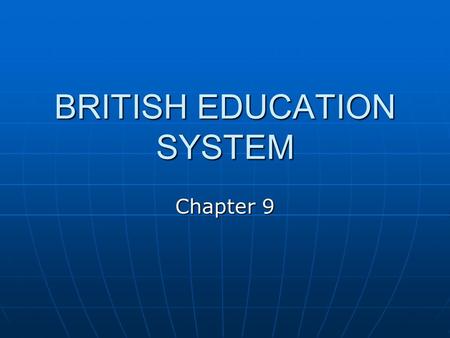 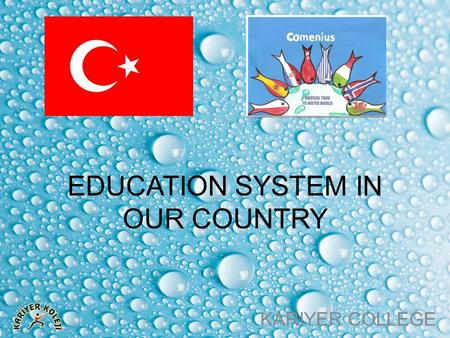 EDUCATION SYSTEM IN OUR COUNTRY KARIYER COLLEGE. In our country, education is carried out as private and public schools and both of two start for education. 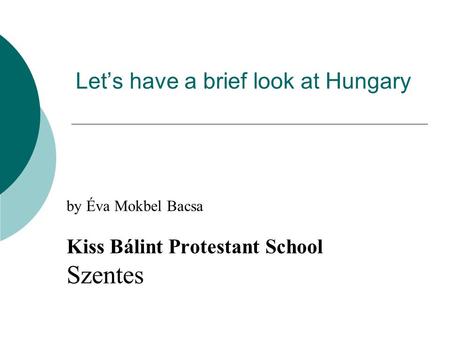 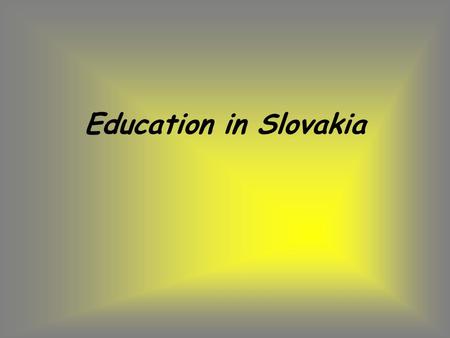 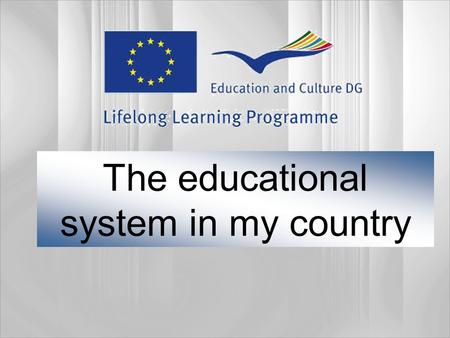 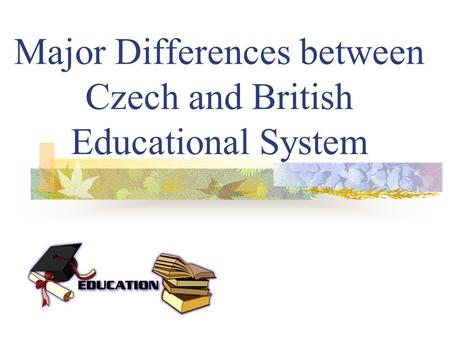