Presentation on theme: "And here comes the list.  Anxiety Disorders are psychological disorders characterized by distressing, persistent anxiety. This is not real!"— Presentation transcript:

2  Anxiety Disorders are psychological disorders characterized by distressing, persistent anxiety. This is not real!

4  An anxiety disorder marked by unpredictable minutes-long episodes of intense dread in which a person experiences terror, chest pain, chocking, numbness or other frightening sensations  Smokers have double the risk of panic disorder [I remember feeling] hot and as though I couldn’t breathe. My heart was racing and I started to sweat & tremble and I was sure I was going to faint. Then my fingers started to feel numb and tingly & things seemed unreal. It was so bad I wondered if I was dying…

6  Anxiety disorder marked by a persistent, irrational fear and avoidance of a specific object or situation  Specific phobias focus on one thing People tend to avoid that situation or particular thing  Social Phobias is basically shyness taken to the extreme Intense fear of being scrutinized by others, avoid potentially embarrassing social situations, or will sweat, tremble, or have diarrhea when doing so  Agoraphobia Fear or avoidance of situations in which escape might be difficult or help unavailable when panic strikes

8  Here are a few examples of phobias…

12  An anxiety disorder characterized by unwanted repetitive thoughts (obsessions) and/or actions (compulsions).  A person acts out compulsions in response to an obsession to lower the anxiety and release the stress that can build up. Crosses the line from normality to disorder when thoughts/actions persistently interfere with everyday living and cause the person distress. Obsessive thoughts and compulsive behavior become so ritualistic that effective functioning becomes impossible. 2-3% cross the line during their teens or early twenties

13  Once called shell-shock or battle fatigue  PTSD is an anxiety disorder characterized by haunting memories, nightmares, social withdrawal, jumpy anxiety, and/or insomnia that lingers for several weeks or more after a traumatic experience  PTSD is also experienced by survivors of accidents, disasters, and violent/sexual assaults  In a survey of 100,000 veterans of Iraq or Afghanistan, 1in 4 were diagnosed with a psychological disorder, most frequently PTSD 20% of U.S. suicides are veterans In 2012 among active duty soldiers, 1 suicide per day. After calling in a helicopter strike on one house where I had seen ammunition crates carried in, I heard the screams of children from within…

14  Research shows that the greater one’s trauma or distress during the event, the higher percentage of developing PTSD  Also, a sensitive limbic system seems to be correlated as it releases stress hormones again and again as images of the traumatic experience erupt into consciousness

18  Some psychologists feel PTSD has been over diagnosed due to the broadening definition of trauma  Debriefing after the traumatic event can actually do more harm than good  Suffering can lead to benefit finding Post-traumatic growth: positive psychological changes as a result of struggling with extremely challenging circumstances and life crises Calhoun found that struggling with a crises often leads people to report an increases appreciation for life  This idea is found in many religions

Download ppt "And here comes the list.  Anxiety Disorders are psychological disorders characterized by distressing, persistent anxiety. This is not real!" 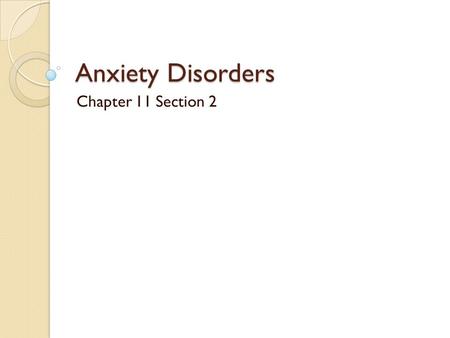 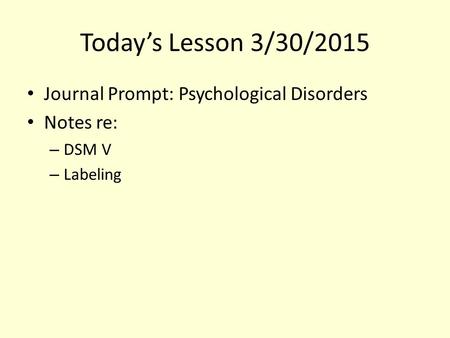 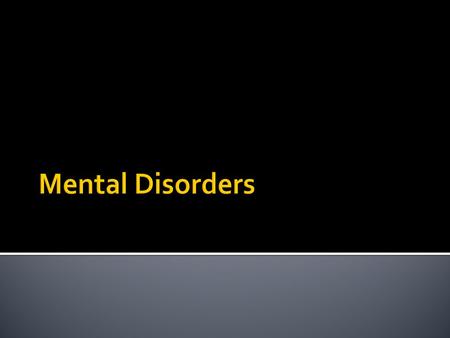 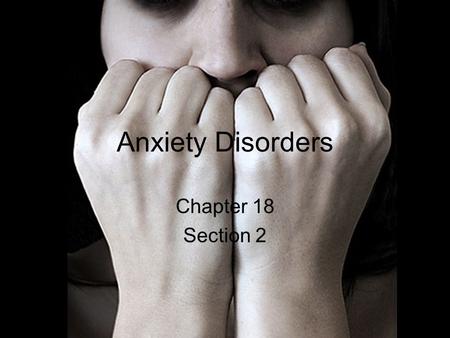