2 Basic Concepts Mental relates to the mind Stress Mental health
Mental illness Response or change in the body. Caused by emotional, physical, social or economic factors Able to cope with and adjust to everyday stress Unable to cope with or adjust to stress. Behavior and ability to function is impaired

4 Anxiety Disorder Vague, uneasy feeling Sense of danger or harm
Some anxiety is normal High and constant levels of anxiety is not normal

6 Phobias Intense fear, panic or dread Avoids what is feared
Unable to function if faced with fear.

15 Personality Disorders
Antisocial personality disorder Borderline personality disorder At least 18 y/o Has poor judgment and Lacks responsibility Hostile Lacking in morals and ethics. No guilt Does not learn from experience Problems with moods, relationships, self image Intense bouts of anger, depression Aggression, self injury Drug or substance abuse is common 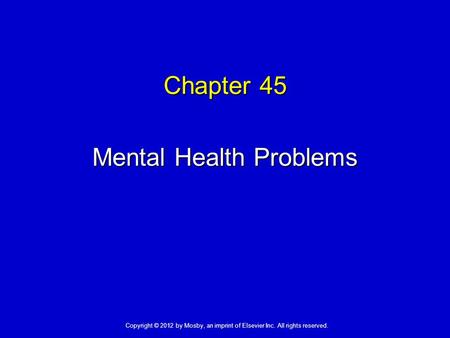 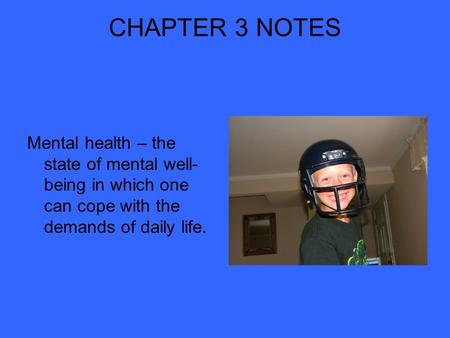 CHAPTER 3 NOTES Mental health – the state of mental well-being in which one can cope with the demands of daily life. 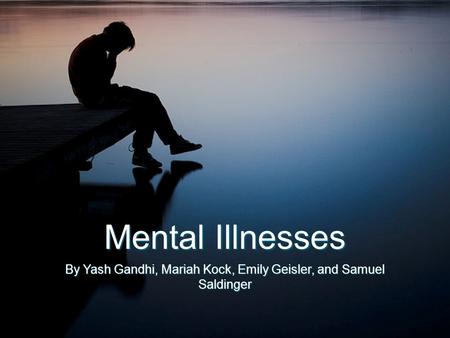 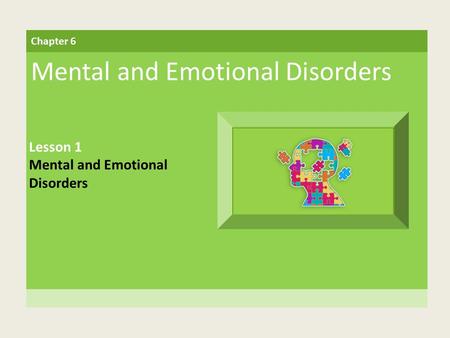