3 How was popular sovereignty portrayed by...
English citizens? Magna Carta Glorious Revolution Parliament made up of representatives that the people elected Growth of democratic government American colonists? Creation of colonial governments Town meetings Declaration of Independence Framers of the Constitution? “We the People…” Gov’t must always reflect the will of the people Will of people expressed through elections

4 Limited Government Power of the government should be limited
Our government may only do what the people give it the power to do Power denied to government in Constitution and the Bill of Rights Rule of law = The law applies to everyone, even those who govern

6 What happens if there is a conflict between federal and state authority?
Supremacy clause: The Constitution and the laws of the national government are the “supreme law of the land”.

7 Full Faith and Credit Clause
States must recognize the laws, records, and judicial decisions of other states

8 Separation of Powers Framers wanted to make sure that no 1 person or group of people gained too much power. Montesquieu gave the idea to clearly separate the 3 branches of government: - Legislative, Executive, Judicial System of checks and balances makes sure that no one branch would gain too much power.

10 Why is the Constitution called a “living” document? 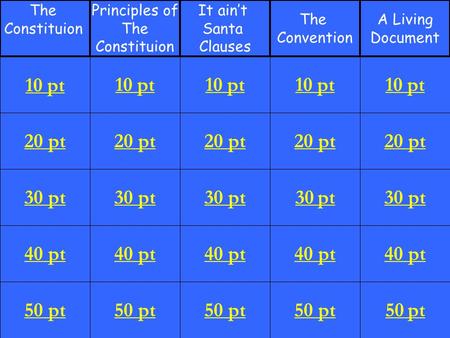 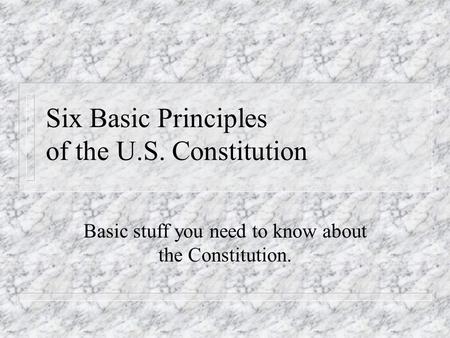 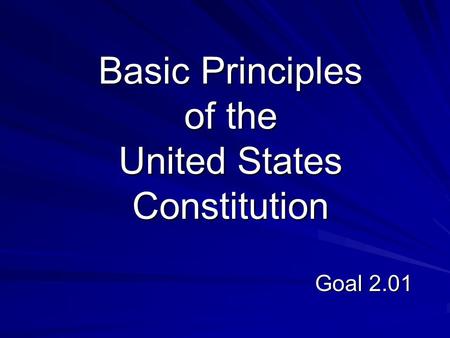 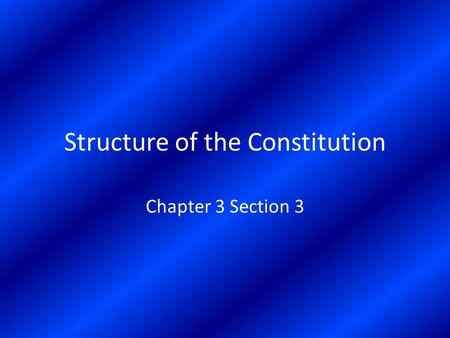 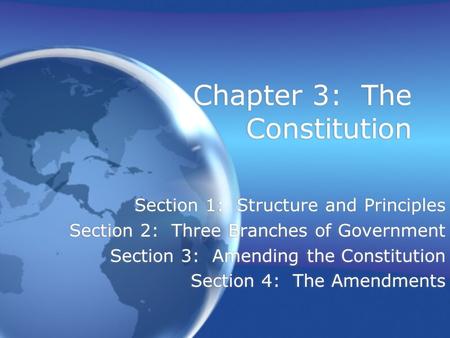 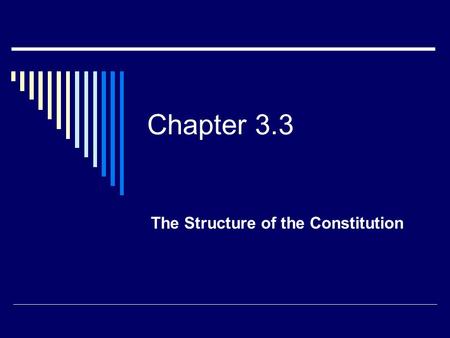 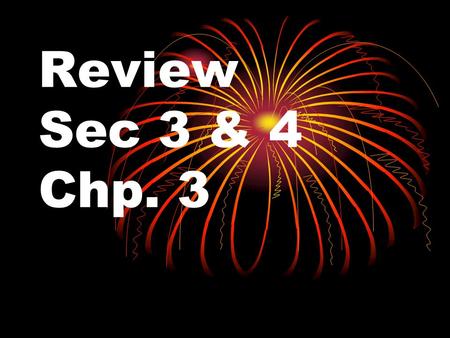 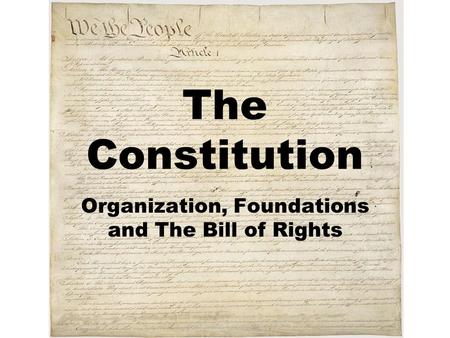 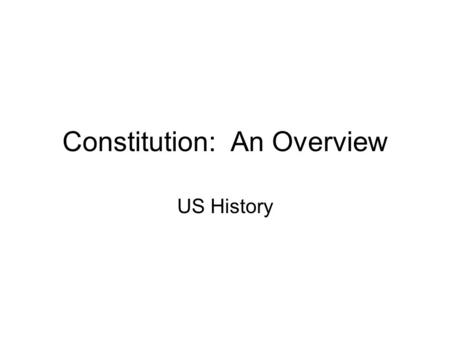 Constitution: An Overview US History. Constitution: Structure of Government Remember: –Declaration of Independence (1776) Declared reasons why the colonies. 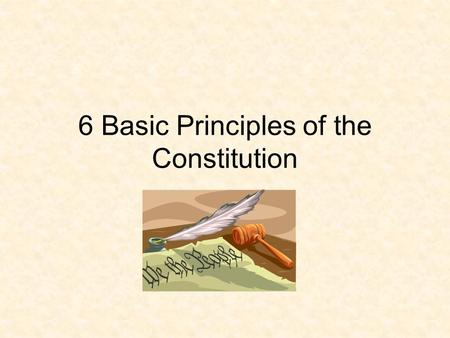 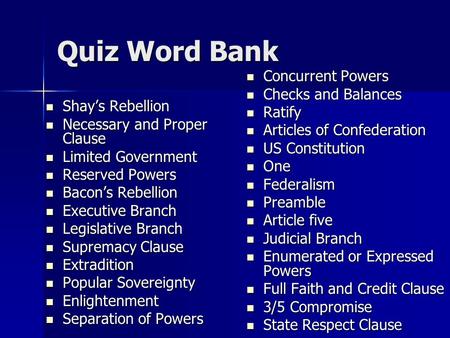 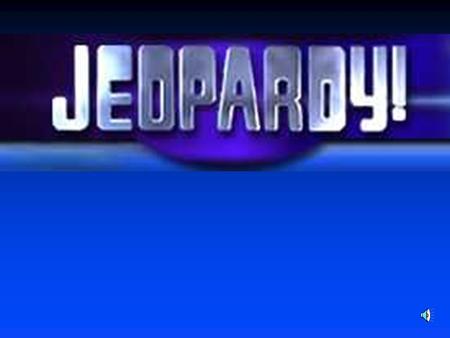 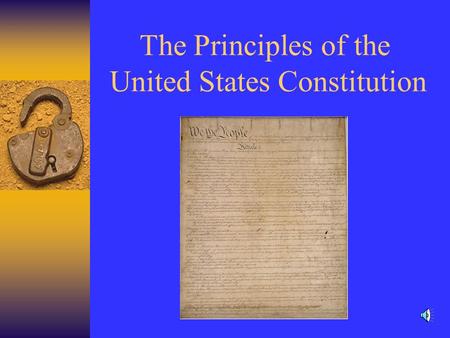 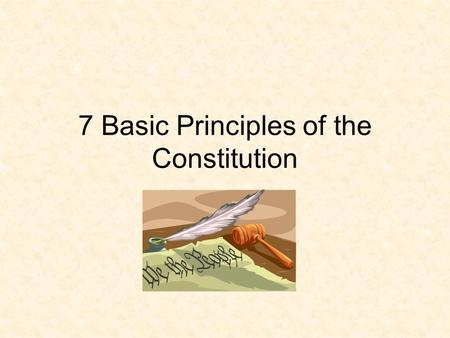 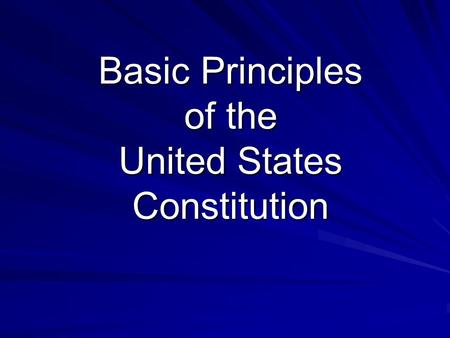 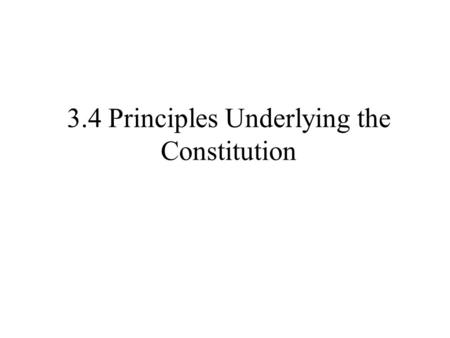 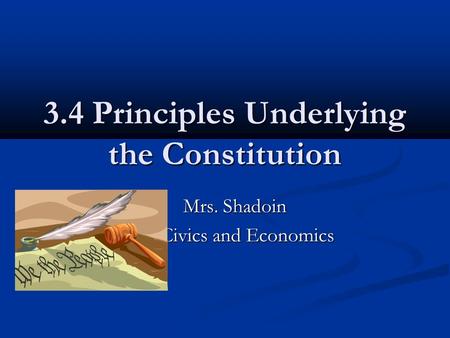