2 I NTRODUCTION  Type is the most common element in a document.  The hallmark of good type in readability and legibility.  Legibility refers to clarity (how readily one letter can be distinguished from all the others.  Readability refers to how well letters interact to compose words, sentences and paragraphs.

6 A NATOMY of Type  Stem The main vertical stroke(s) (staight part) of a letter (most evident in I and H)  Two-story character Letter that has two counter spaces where one is above the other. (such as a or e)  Serif Small, finishing strokes on the arms, stems and tails of characters. Traditionally, Serif typefaces are considered better for large volumes of text because the serifs make it easier for eye to move along, horizontally.

8  Apex The top point of a character where the vertical strokes or lines meet. There are different apex types such as rounded, pointed, hallow, flat and extended. (such as A)  Bar (Crossbar) Horizontal stroke or arm that connect two stems (as in H or A)  Arm Unattached horizontal stroke (as in F or E) The sloping stroke in the letter K would also be considered an arm.

9 A NATOMY of Type  Counter The enclosed (or partially enclosed) space within letters such as c, e, S, H or g.  Bowl The enclosed oval or round curve of letters like D, g, b, and o. In contrast to a closed-bowl, an open bowl's stroke does not meet with the stem completely.  Ear Small finishing stroke that projects from the upper right side of the bowl (as in many versions of the lowercase g)

11  Baseline The baseline is an imaginary line upon which each character rests. Characters that appear next to each other are usually lined up so that their baselines are on the same level. Some characters extend below the baseline (g and j, for example) but most rest on it.

12 A NATOMY of Type  X-Height Traditionally, x-height refers to the height of the lowercase letter x. It is the same for all lowercaseletters in a font, excluding the ascenders and descenders. Notice that some lower- case letters that do not have ascenders or descenders may still extend a little bit above or below the x-height as part of their design. The x- height can vary greatly from typeface to typeface, even at the same point size.

13 A NATOMY of Type  Cap Height Height from the baseline in any font to the top of most capitals. Note that well-formed rounded characters, like O, Q and S, often are taller than other caps, and may drop below (dent) the baseline; this is considered good practice, making them more legible. The cap height does not necessarily coincide with the ascending line of ascending lowercaseletters.

14 A NATOMY of Type  Point Size Method of measuring the size of type, commonly known as font size. It measures the distance from thetop of the highest ascender to the bottom of the lowest descender in points. In Europe, type is often measured by the cap- height in millimeters. 1 inch = 12 picas = 72 points = 25.4 mm

16 A NATOMY of Type  Drop Shadow Drop shadows and such are a good way of emphasizing on specific words. Excessive use of the drop shadow looks cheesy. If you are convinced that you need to have a drop shadow make sure you incorporate it with subtlety as shown in the bottom example. Good Bad!!!

17 A NATOMY of Type  Stretching Type Letterforms are designed based on proportions. Stretching type takes away the qualities of the original font. As you can see in the bottom example, changing the size is an way that preserves the character of the real typeface Good Bad!!!

18 S ELECTING Typefaces  When evaluating choices for typefaces, the rule is Medium.

19 C HARACTER Width Selection  When picking a typeface, the alphabet’s characters should have similar widths.  Reading has a natural rhythm and widely varying character widths disrupts it.

20 C HARACTER Height-to-width Ratio  We identify letters by their physical characteristics—stems, bars, loops, curves and so on.  The clearer these are the more legible the letter.  As letters are compressed (or expanded) these features get distorted and are harder to identify.

21 C HARACTER X-height  The x-height of letters is height of its lower- case letters.  X-heights that are two tall or short are better suited to special situations.

22 S TROKE W EIGHT Variations  When selecting a typeface for body text, look for fonts with a medium difference in stroke widths.  Too much or no difference makes the text harder to read.

23 M IRRORED Letters  When selecting a font for body text, avoid fonts with “mirrored” letters.  The more distinct a letter the easier it is to read.

24 C OUNTERS and Body Text  Counters are the enclosed opening in letters such as a, b, d or g.  Avoid fonts with large counters relative to their stroke weight.  This slows down the reader.

25 C OUNTERS and Body Text  The Avant Garde font below is much harder to read because of its large counters.  The paragraph below is an example of this problem.

26 Q UIRKY Fonts  Typographic “spikes” and “quirky” letters are fun to look at, but pose a problem for readers when used in body text.  Although they are fine for headings, they give the eye too much to look at in body text and tire the eye.

27 Q UIRKY Fonts  Look at the paragraph below and see have the “quirky” nature of this font makes it harder to read.

28 F ONT Families  All of the variations of a single font is called its “Family.”  Some fonts have more styles than others.

29 T YPE HAS Color  Different weights and fonts create different color effects in a document.  Text blocks must be considered when designing a page.

30 T EXT HAS Personality  Select an appropriate font for the subject of a layout.  An inappropriate font is distracting as well as sends the wrong message.  The examples, to the right, show how the font and a layout change makes all the difference. 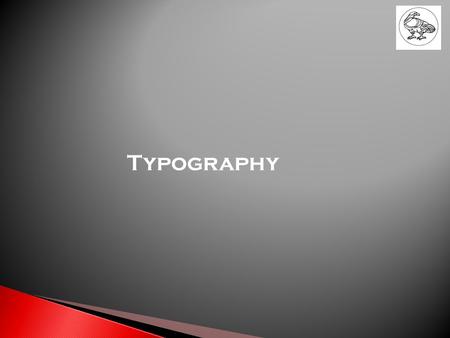 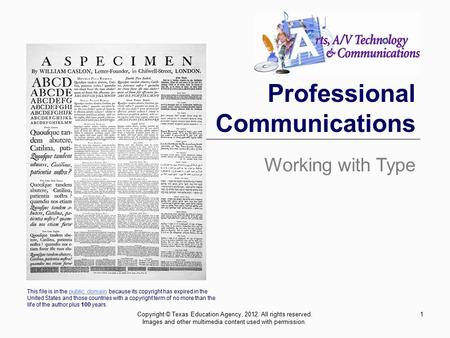 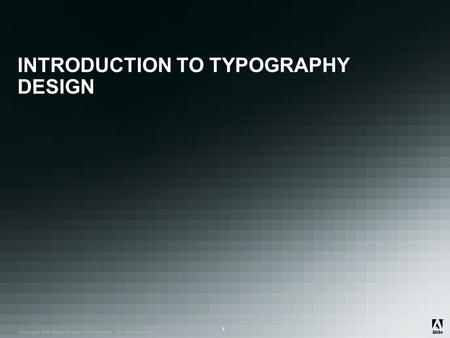 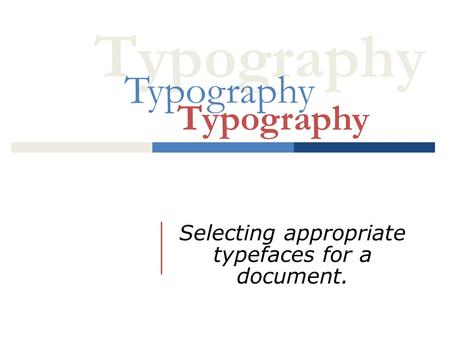 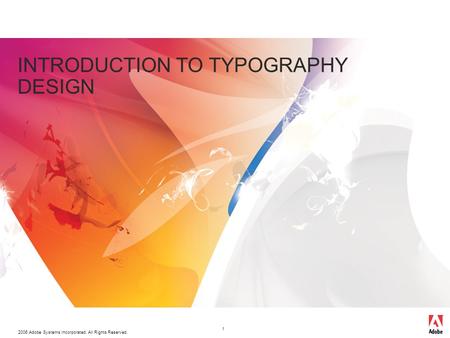 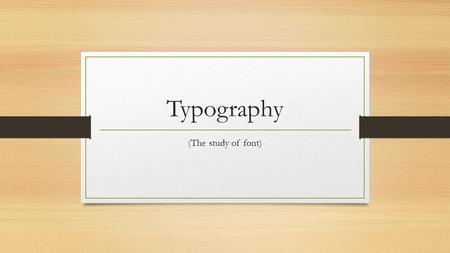 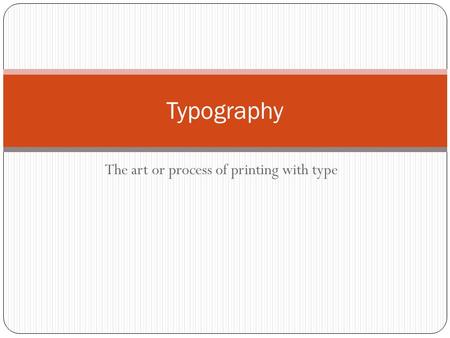 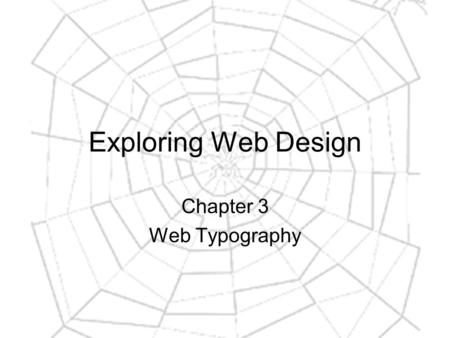 Exploring Web Design Chapter 3 Web Typography. The goal of any web page is to communicate. 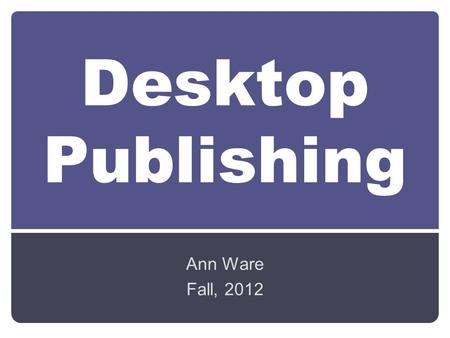 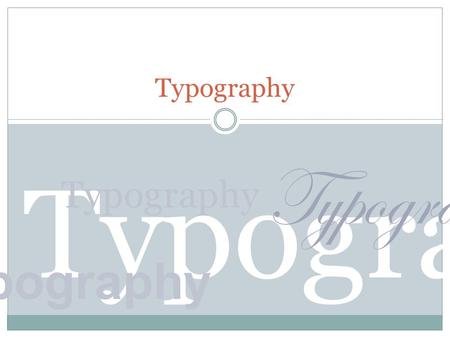 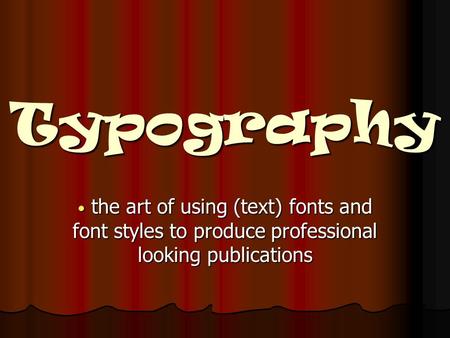 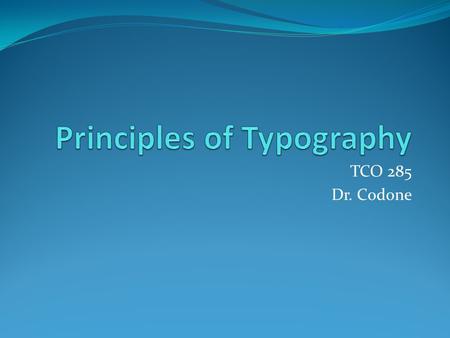 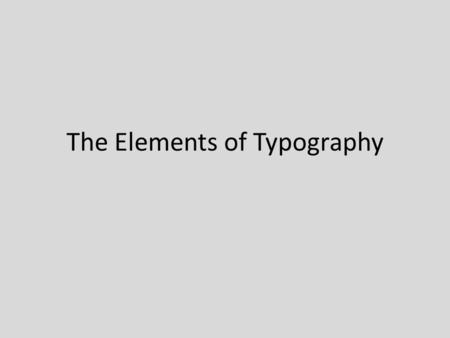 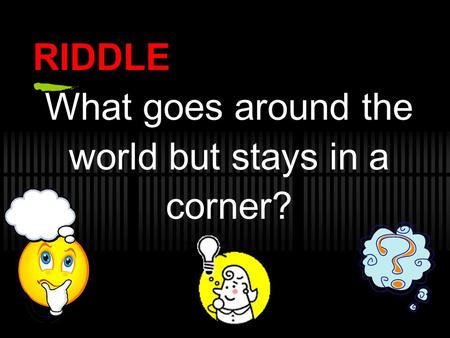 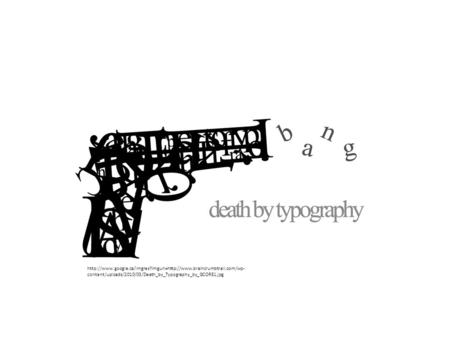 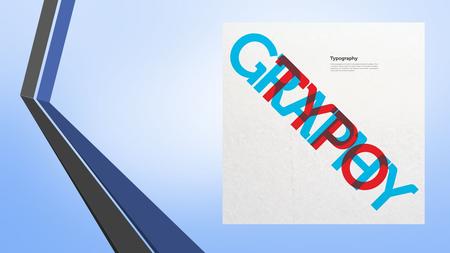 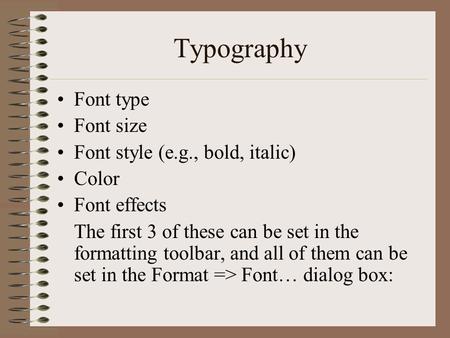 Typography Font type Font size Font style (e.g., bold, italic) Color Font effects The first 3 of these can be set in the formatting toolbar, and all of. 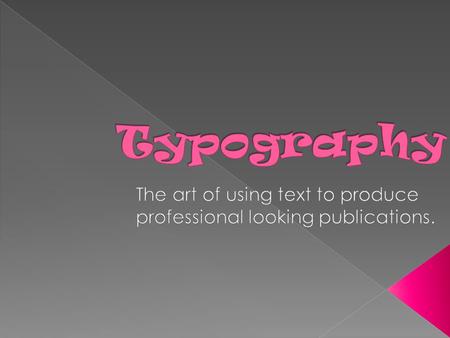 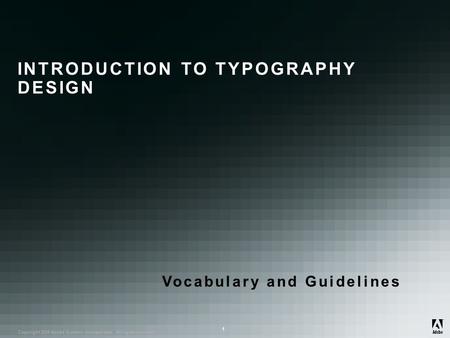