3 strategic bombing − dropping bombs on key targets to destroy the enemy’s capacity to make war Tuskegee Airmen − African American squadron that escorted bombers in the air war over Europe during World War II Chester Nimitz − Commander of the U.S. Navy in the Pacific Battle of Midway − American victory and turning point of the war in the Pacific Terms and People (continued)

4 The Allies viewed Germany as the most dangerous Axis Power. The German military could bomb Britain fight both the U.S. and British navies invade the Soviet Union For these reasons, the Allies agreed to a “Europe First” strategy to defeat Hitler.

5 The United States moved quickly to produce military supplies and send them to Europe. Hitler was determined to prevent the supplies from reaching Europe. German U-boats sank thousands of supply ships in the North Atlantic. New technology such as radar helped the Allies target the U-boats and restore the supply lines.

7 Germany had invaded the Soviet Union in June 1941. Millions of soldiers and civilians died in fierce fighting. After a long struggle, the Soviets defeated the Germans at Stalingrad in January 1943. Thousands of Germans surrendered.

8 Nazi armies were forced to retreat westward, back toward Germany. The Soviet Union was now on the offensive. Hitler’s dream of dominating Europe was crushed. The Battle of Stalingrad proved to be a major turning point of the war in Europe.

13 In 1943, Italy surrendered to the Allies, ending the rule of Benito Mussolini. The Allied victory in North Africa paved the way for an invasion of Italy, with forces capturing Sicily. However, German forces continued fighting the Allies in Italy into 1945.

14 The Allies next took the fight against Germany to the air. The goal was unconditional surrender. Bombers flying from Britain launched nonstop attacks in Germany. massive saturation bombing to inflict maximum damage pinpoint strategic bombing to destroy factories

16 American bomber planes were key to the war. The B-24 Liberator was faster than previous bomber planes and had a greater long-range capacity. Some planes escorted the bombers. The most celebrated of the escort crews were the Tuskegee Airmen, a special unit of African American pilots. In 1,500 missions, they never lost a bomber.

18 Decoded messages told U.S. Admiral Chester Nimitz that Japan was going to attack the American base at Midway in June 1942. This was a vital location to the defense of Hawaii. While battles raged in Europe, the Allies continued to fight Japanese advances in the Pacific. Allied aircraft carriers and fighter planes were victorious after fierce fighting.

19 The Battle of Midway proved to be a major turning point of the war in the Pacific. Japan’s momentum was finally halted. Americans took the offensive, moving on to defeat the Japanese at Guadalcanal. Now the Allies began advancing—toward Japan. 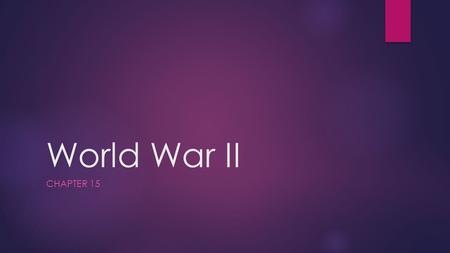 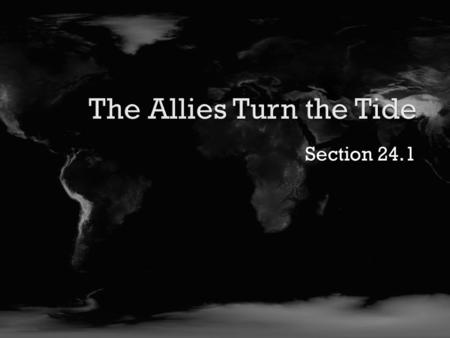 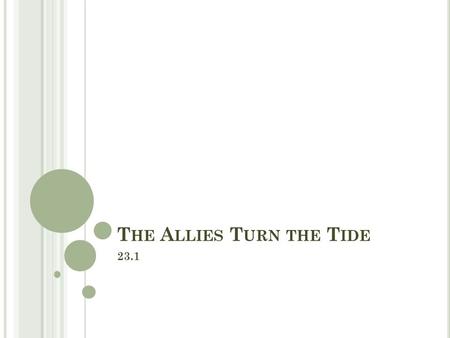 T HE A LLIES T URN THE T IDE O BJECTIVES Analyze the reasons for and impact of the Allies’ “Europe First” strategy Explain why the battles of Stalingrad. 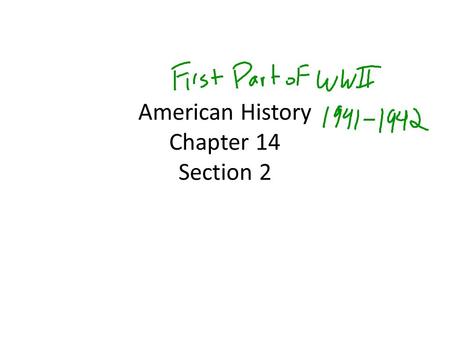 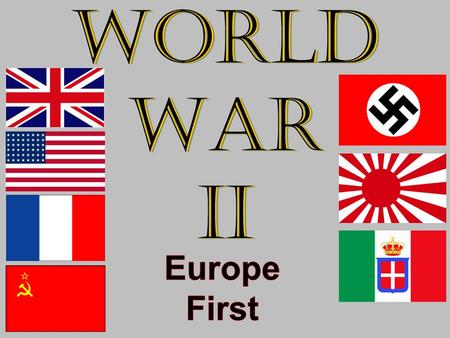