1 Reaction Rates and Equilibrium
- Rate – a measure or the speed of any change that occurs within any interval of time. Reaction rate (rate of a chemical change) is usually expressed as the amount of reactant changing per unit of time. Rates of chemical reactions are related to the properties of atoms, ions, and molecules through a model called the collision theory.

2 Collision Theory – According to this theory atoms, ions, and molecules can react to form products when they collide with one another, providing the colliding particles have enough kinetic energy. Particles lacking sufficient KE to react will bounce apart unchanged when they collide. Activation energy – the minimum amount of energy that colliding particles need in order to react.

3 When two reactant particles with the necessary activation en collide, a new entity is formed called the activated complex. Activated Complex – an unstable arrangement of atoms that forms momentarily at the peak of the activation-energy barrier. An activated complex forms only if the colliding particles have sufficient en and the atoms are oriented properly.

4 Factors Affecting Reaction Rates
The activated complex has a brief existence and ends with the re-formation of the reactants or with the formation of the products. Thus, the activated complex is sometimes called the transition state. Factors Affecting Reaction Rates - The rate of a chemical reaction depends upon temperature, concentration, particle size, and the use of a catalyst.

7 Ways to Increase the Surface Area Include:
Dissolve them – in a solution, the particles are separated and more accessible to other reactants. Grind them into a fine powder. 4) Catalysts – a substance that increases the rate of a reaction without being used up during the reaction. A catalyst lowers the activation-energy barrier and allows more reactants to have enough energy to form products within a given time.

8 Enzymes are biological catalysts that increase the rate of biological reactions that occur inside your body. Without enzymes the digestion process would taken many years instead of a few hours. Inhibitors – a substance that interfers with the action of a catalyst. Reversible Reactions – a reaction in which the conversion of reactants to products and the conversion of products to reactants occur simultaneously.

9 Chemical Equilibrium – When the rates of the forward and reverse reactions are equal.
At chemical equilibrium, no net change occurs in the actual amounts of the components of the system. Equilibrium position – indicates whether the reactants or products are favored in a reversible reaction.

15 Equilibrium Constants
Chemists express the position of the equilibrium as a number value. The equilibrium constant (Keq) is the ratio of product concentration at equilibrium, with each concentration raised to a power equal to the number of moles of that substance in the balanced chemical equation. 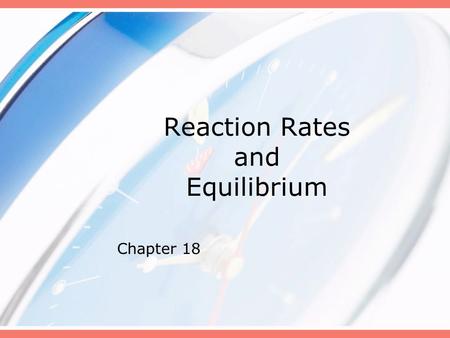 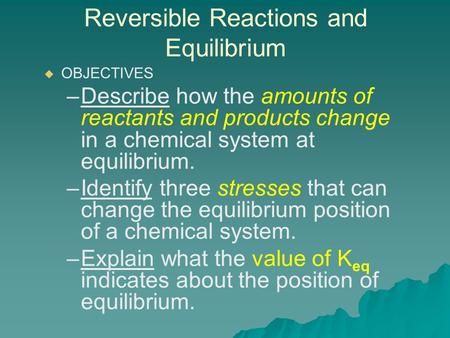 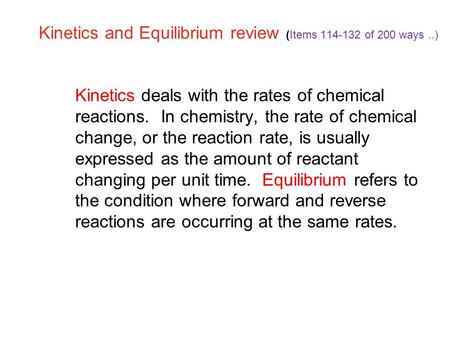 Kinetics and Equilibrium review (Items of 200 ways..) 18.1 Kinetics deals with the rates of chemical reactions. In chemistry, the rate of chemical. 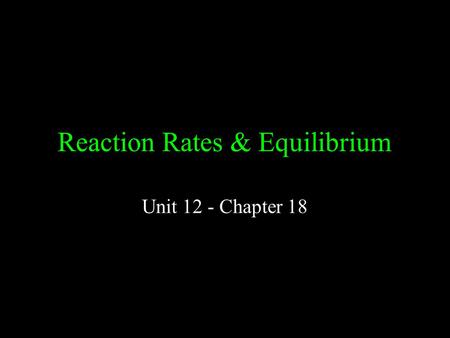 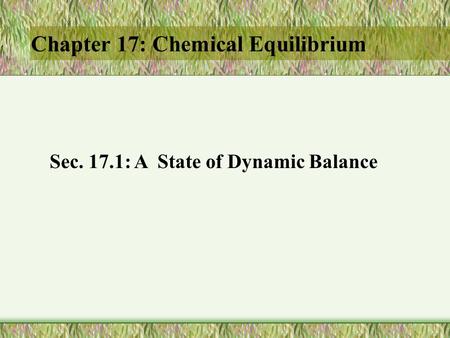 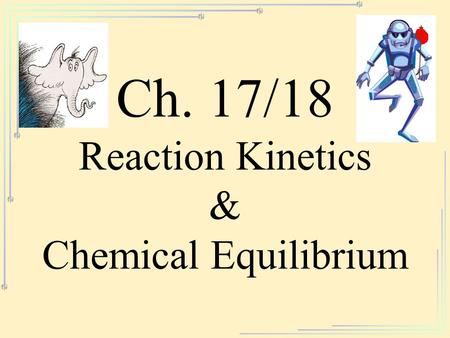 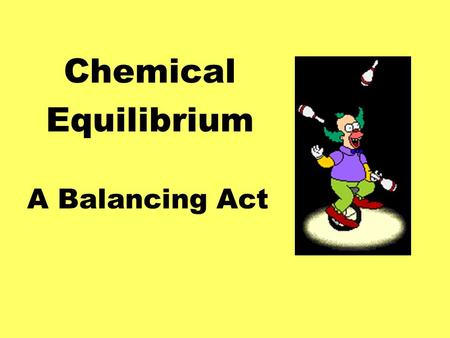 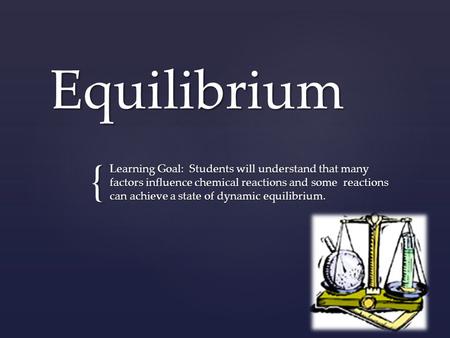 { Equilibrium Learning Goal: Students will understand that many factors influence chemical reactions and some reactions can achieve a state of dynamic. 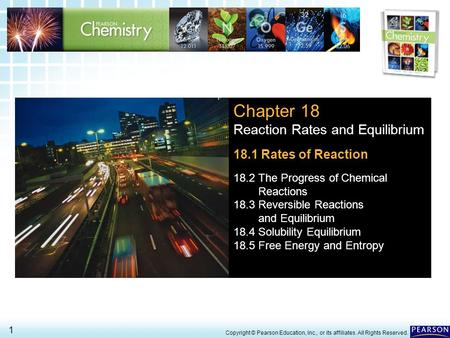 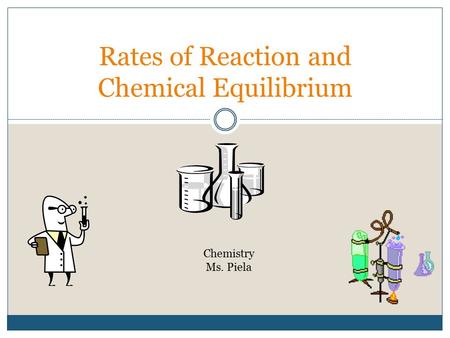 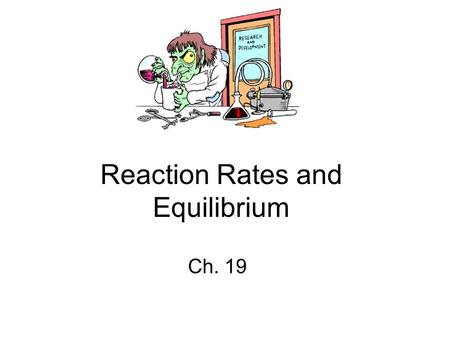 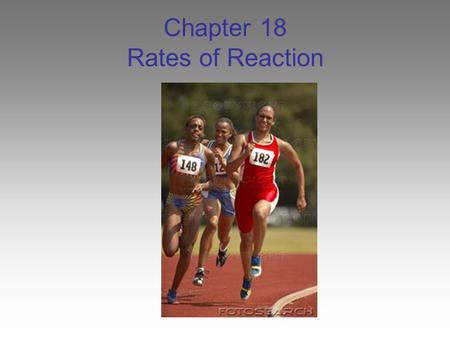 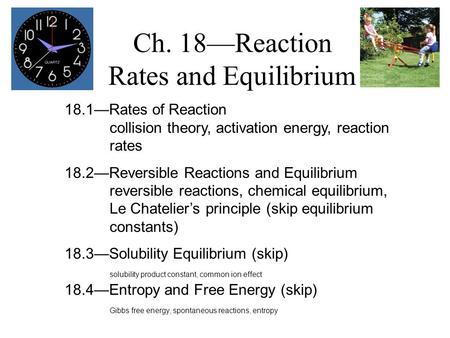 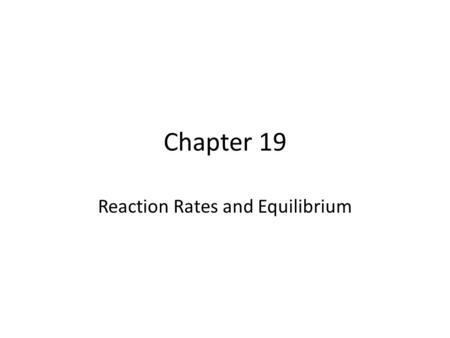 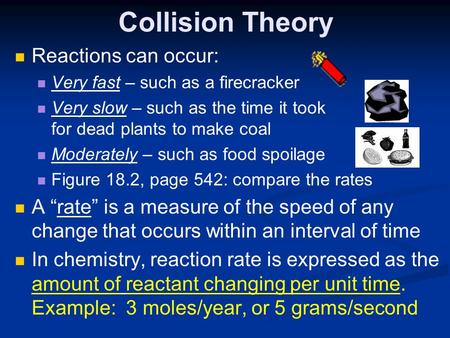 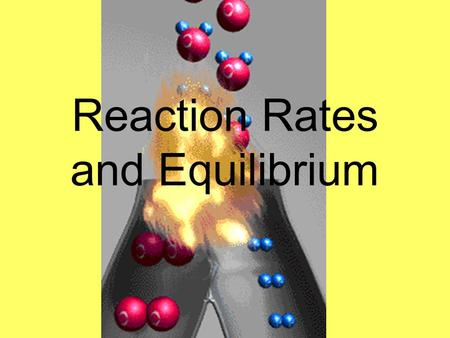 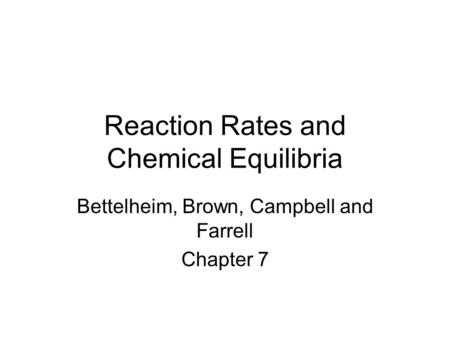 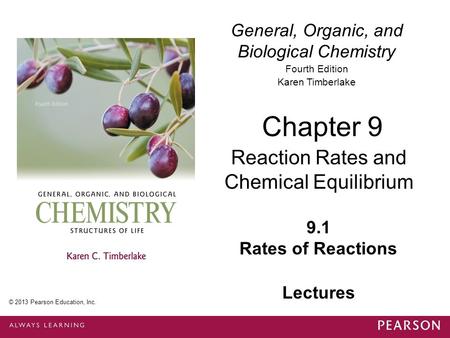 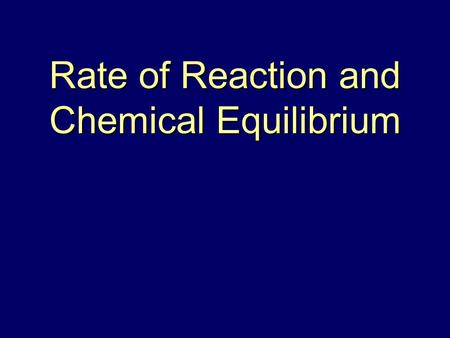 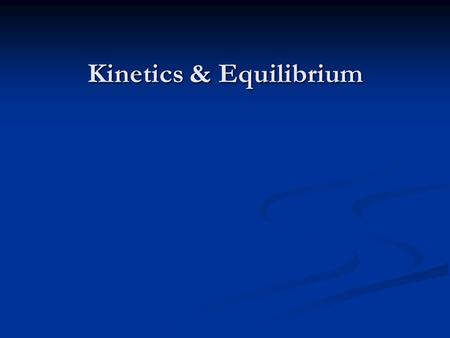