2 Why focus on the early years ?

3 Risk factors in the early years for Scotland’s children Evidence from regular stats and Growing up in Scotland. Focus on several key risk areas identified in the ‘Spiral of Decline’ –Teenage Pregnancy –Maternal Health –Breastfeeding –Parenting in the early years

5 Teenage Pregnancy and some consequences Teenage mothers were: most likely to give negative self-assessments of health during pregnancy. more likely to report child-related issues associated with parenting as a big problem. significantly less likely to attend antenatal classes. Comparison of teenage and older mothers shows that teenage mother suffer from poorer mental health in the first three years after their child’s birth.

8 Maternal health Those in more disadvantaged households, more deprived areas, lone parents and younger parents gave poorer ratings of their general health. Lone parents were more likely to report that poor health or pain affected their lives with the clearest divergence in relation to emotional measures. In the toddler cohort, 51% of children in the lowest income quartile lived in a household in which at least one person smoked, compared with just 10% of those in the highest quartile. Increasing evidence (from other longitudinal sources) of a strong link between mothers’ stress and anxiety during pregnancy and children’s behavioural problems.

9 Maternal Health Effective Interventions Maternal stress during pregnancy Evaluations of home visiting programmes demonstrate long as well as short-term benefits. These include ‘Community Mothers’ in the UK and Eire and the Nurse- Family Partnership Programme in the United States. Trained nurses / health visitors can successfully deliver programmes as varied as screening and support for mothers with postnatal depression and parenting courses for the parents of children with attention deficit (ADHD) disorders.

10 Maternal Health Effective Interventions Smoking cessation during pregnancy Formal smoking cessation interventions provided by specialists as part of antenatal care are effective at increasing cessation rates. Effective interventions reduce prevalence of low birth weight and increase both weight among pregnant women who quit. Exposure to passive smoking in early life most effective strategies concentrate on strengthening parents’ faith in their ability to create a smoke-free environment, and on supporting behavioural strategies Smoking bans with widespread public support are a prerequisite for the adoption of smoking restrictions at home

12 Breastfeeding Effective Interventions Education – small, informal discussion classes led by health professionals, that emphasise the benefits of breastfeeding and provide practical advice. One-to-one education sessions may be necessary to persuade women who have already decided to feed infant formula to breastfeed instead. Initiation rates can be increased among low-income women if they include a peer support component. But this is only effective as a standalone component with women intending to breastfeed.

13 Parenting Very few parents had attended a parenting class (less than 5%). However, almost all respondents who had attended a parenting class or group reported that they found it to be very or fairly useful. The majority of parents are unsure about the possibility of being ‘taught’ how to be a good parent – suspicion of professional experts is highest among young parents.

15 Parenting Effective Interventions - Conclusions Studies often fail to discriminate between the input of different programme elements. Lack of long-term outcome assessments limit evidence of effectiveness. Outcomes tend to be less positive for the most disadvantaged families. Initiatives may not be reaching the most disadvantaged families. Hard to reach families may feel more comfortable with volunteers from their own community. Initiatives which engage mothers within the community and train them as ‘experts’ build capacity within the community and mothers targeted by the intervention may find them easier to trust.

16 Conclusions Mounting evidence of wide inequalities in a range of factors that have a profound influence on the future health of children being born in Scotland. Increasing evidence that investing in the early years can have long term benefits and reduce health inequalities. Interventions with more disadvantaged groups may need to be much more intensive and targeted. But weaknesses in evidence base. 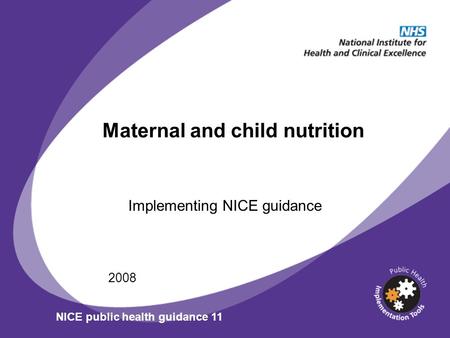 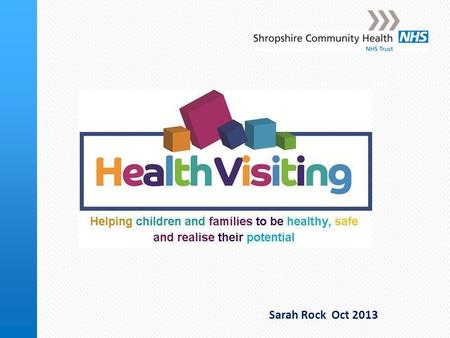 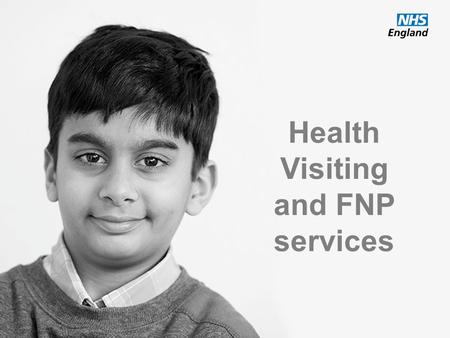 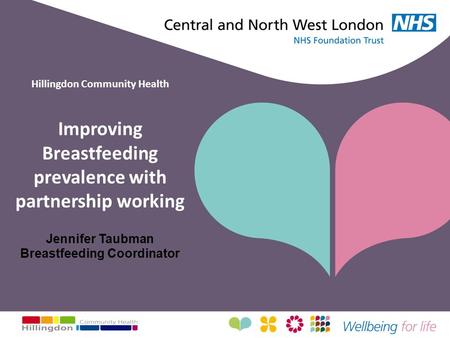 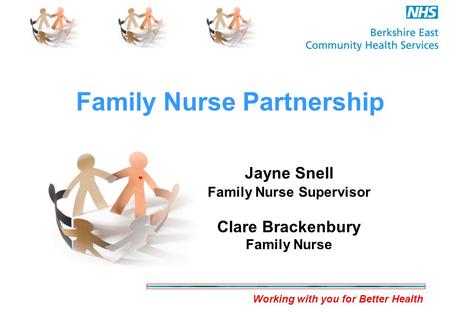 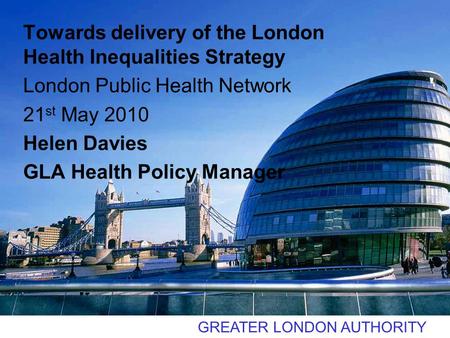 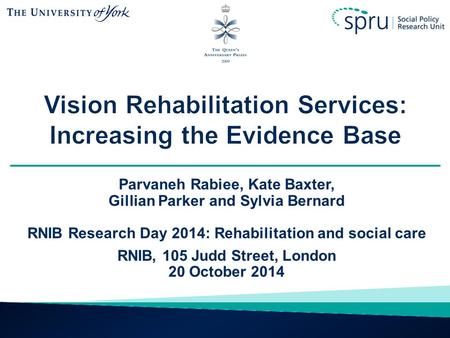 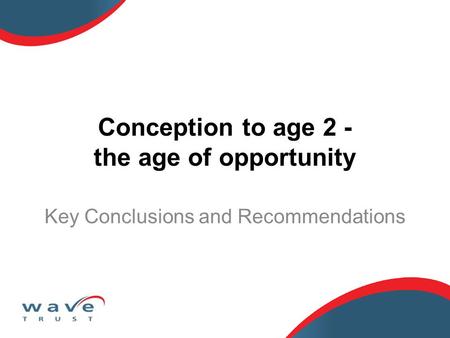 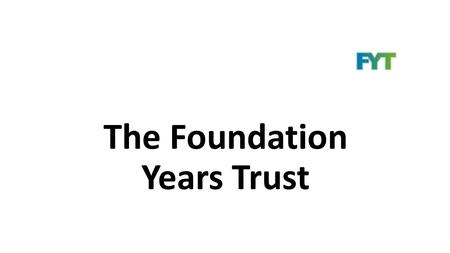 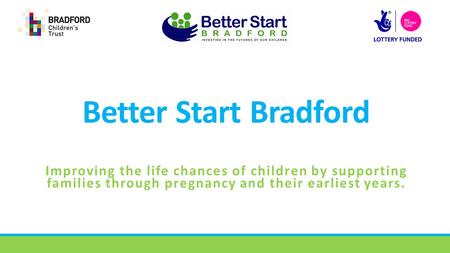 Better Start Bradford Improving the life chances of children by supporting families through pregnancy and their earliest years. 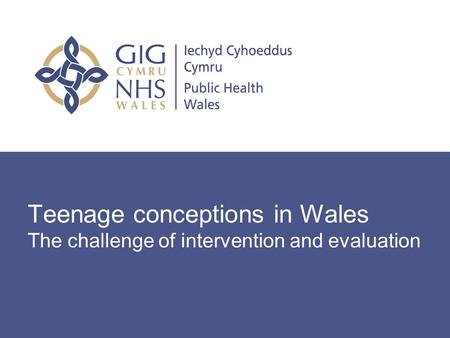 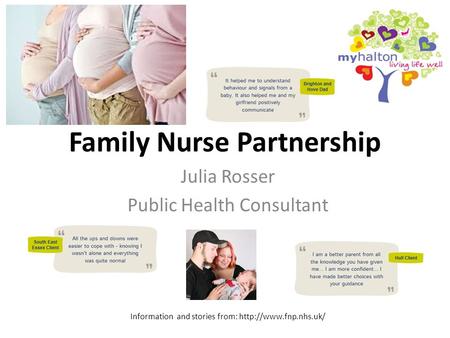 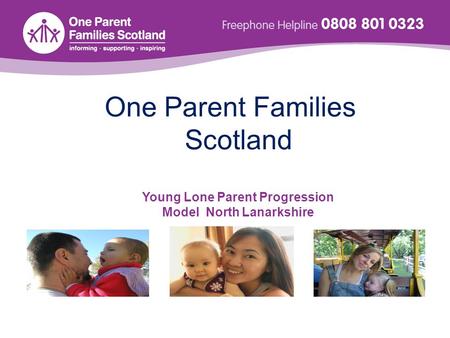 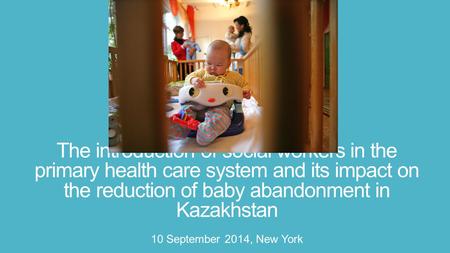 The introduction of social workers in the primary health care system and its impact on the reduction of baby abandonment in Kazakhstan 10 September 2014, 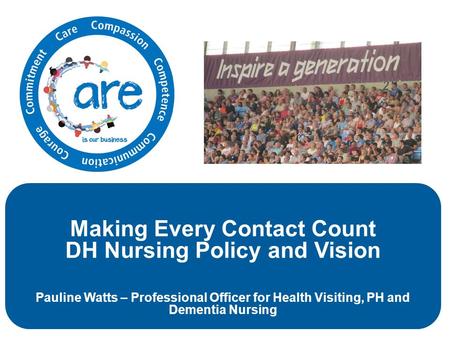 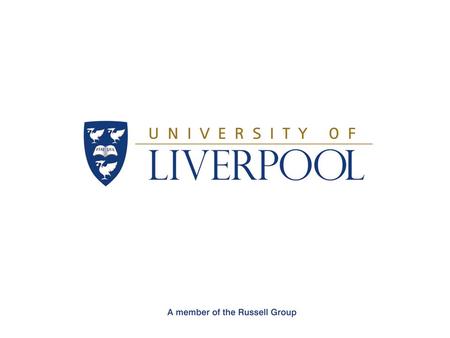 Medway FNP Annual Report Safeguarding vulnerable children Challenge How to protect and improve the outcomes for children whose parents have had. 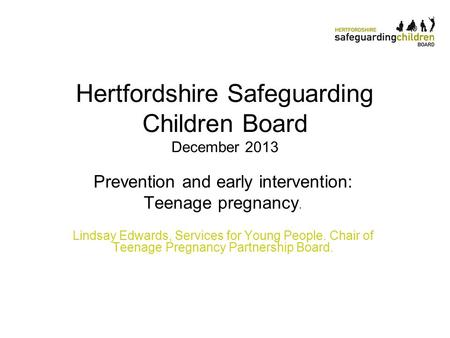