Earth Materials and Processes Benchmark 1 --- Describe and compare objects in terms of mass, volume and density.

1 Earth Materials and Processes Benchmark 1 --- Describe and compare objects in terms of mass, volume and density.

4 Scientists describe and compare objects by _________ some of their characteristics using standardized units. Some of these physical characteristics are ______, ____, and ______. measuring volumemassdensity

5 Volume The space an object takes up regardless of shape.

7 Draw and label a cubic centimeter…

20 Density The amount of mass in a given space. 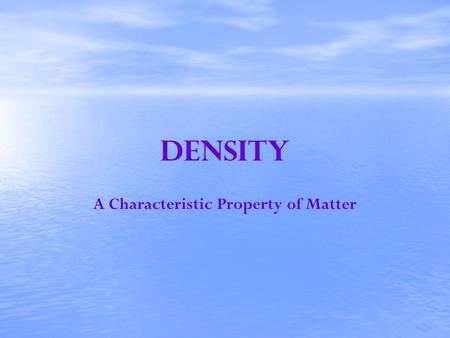 A Characteristic Property of Matter 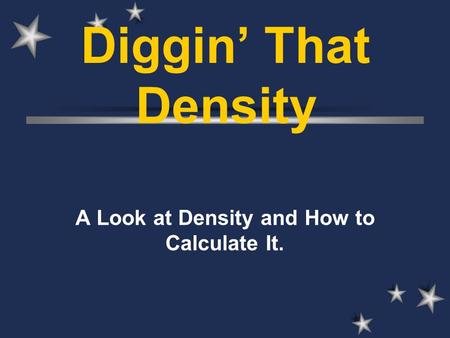 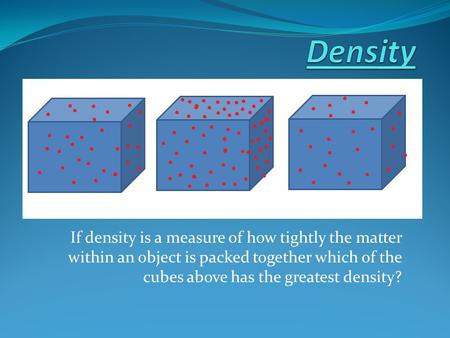 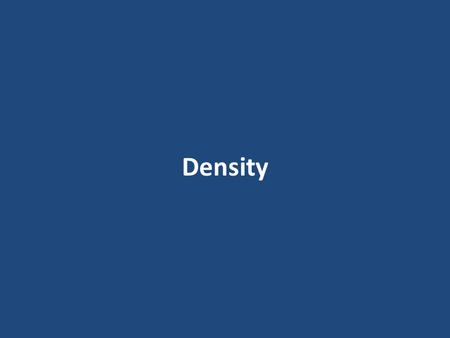 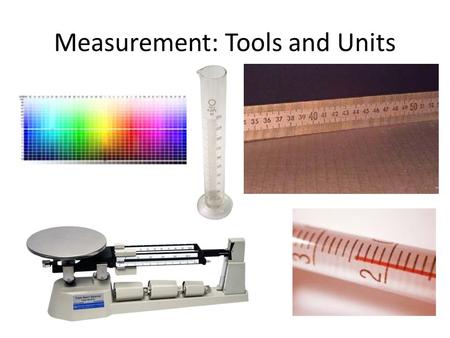 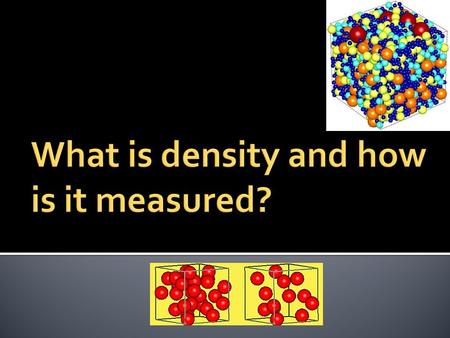 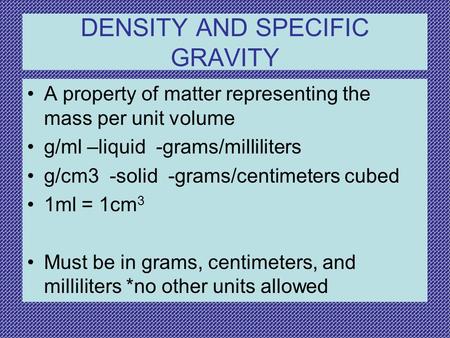 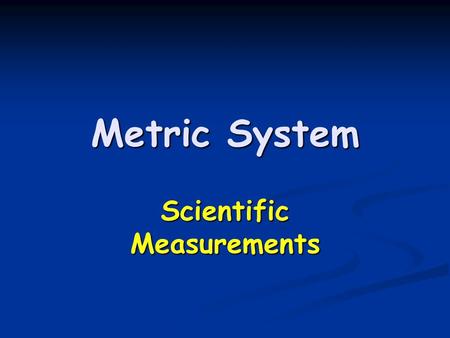 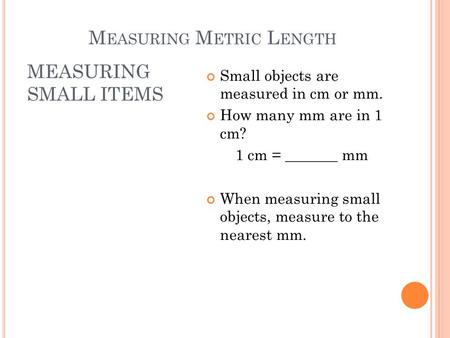 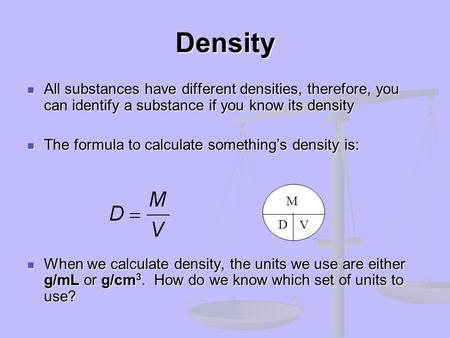 Density All substances have different densities, therefore, you can identify a substance if you know its density The formula to calculate something’s density. 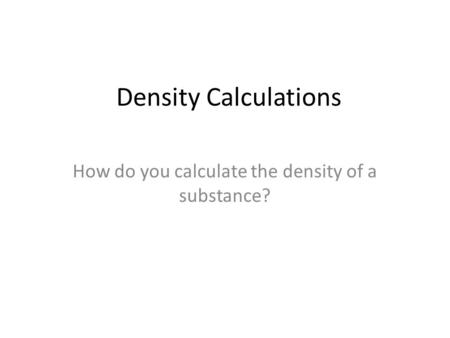 How do you calculate the density of a substance? 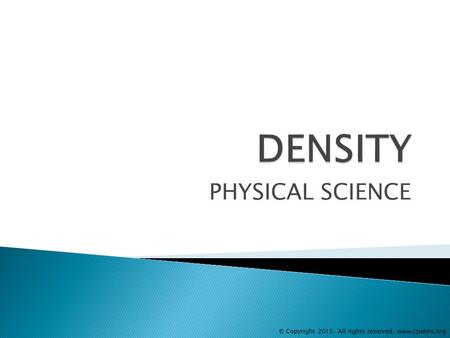 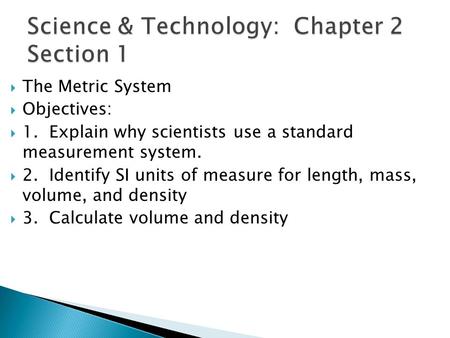